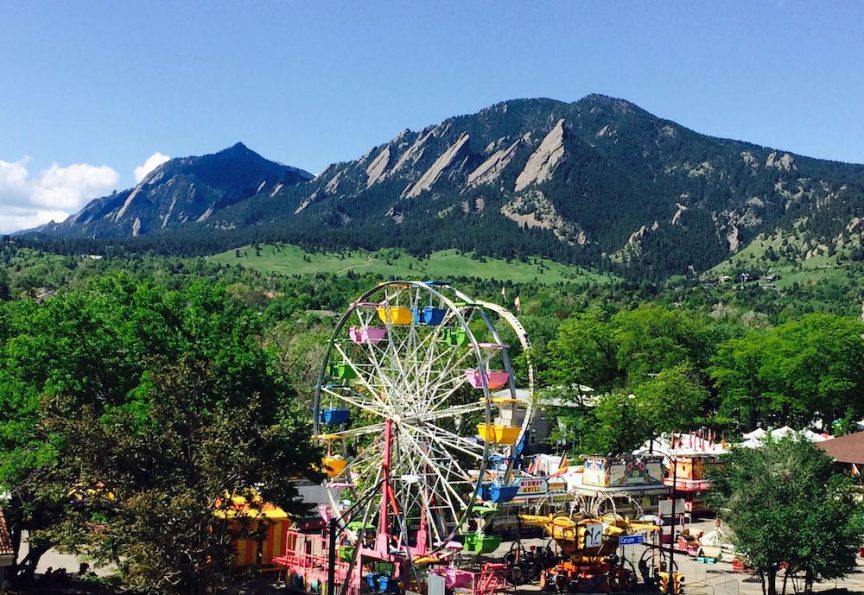 You know it’s summertime when the Boulder Creek Festival transforms downtown Boulder into one massive party.

The creek fest is one of Boulder’s biggest and most popular events of the year. Maybe it’s the excitement about warmer weather. Maybe it’s the three days of free entertainment, even the concerts on the multiple stages. The 400-plus vendors, including 50 food options. The teen Battle of the Bands. The rubber duck race. Maybe we all just want to chill by Boulder Creek.

Whatever floats your duck, if you have to pick one weekend to visit Boulder a year and it’s excitement you’re seeking, make it Memorial Day weekend. The three-day creek fest overlaps with the world-famous Bolder Boulder, which is one part qualifier race, one part party in running shoes.

Creek fest 2017 runs May 27-29; that’s Saturday through Memorial Day. The creek fest is held along the Boulder Creek in downtown. The race follows a 10K route from downtown to the University of Colorado campus.

Needless to say, Boulder will be wack that weekend.

Adding to the excitement, this marks the creek fest’s 30th year.

But this year is also an anomaly, says Meg Denbow, director of communications for Boulder Creek Events, which puts on the event. The Boulder Civic Area Project has interfered with the traditional footprint of the event (from Ninth to 14th streets, and between Canyon Boulevard and Arapahoe Avenue).

Instead, this year, Broadway will be the easternmost point of the festival, and it has expanded to Boulder High School for children’s activities and a community stage. The carnival was relocated from 14th and Canyon streets to the Boulder Community Library parking lot.

Even if you’ve attended the creek fest in the past, you need to do your research before you leave this year, because it’s completely different, Denbow says.

“We’re working hard to maintain the integrity and popularity of the event, even though I know this year will be different,” she says.

Another big change: There’s no rubber duck race this year, again due to the redevelopment project. (The rubber duck is basically the creek fest’s mascot.)

“We are hoping it will be back next year. We will do everything we can,” Denbow says. The kids’ area of the Boulder Creek Fest. Photo courtesy of Meg Denbow

Denbow says she truly believes the creek fest has something for everybody.

“It just depends on who you are and what you’re looking for,” she says.

Here’s how to do the Boulder Creek Festival if you are:

A young family with kids: Head to Boulder High School, the hub of kids’ activities and a community stage with free, family-friendly performances. If you can snag a parking space at the school, it costs, but it does benefit the high school’s sports teams.

On a budget: There are so many freebies at the fest. A highlight (read: tons of free samples) is the White Wave exhibition near the bandshell at Canyon and Broadway. Vendors with free samples are mostly interspersed throughout this park area (but intentionally stationed between other vendors so you have to hunt) and will be giving away gluten-free bread, granola bars, wine, jams, jellies, salsas, energy drinks, rice chips. There are dozens of freebies, Denbow says.

“You don’t need to bring a lot of money to the creek fest,” she says.

Looking for an adult night out: This year, instead of just one beer sponsor, the fest has a craft brew showcase with four local breweries: Oskar Blues, Oasis, Upslope and Fate. Add to that margaritas and wine, and the place to be if you’re 21 and up is the beer garden near the bandshell in Central Park and extending behind the tea house to the festival stage. The creek fest did partiers a favor this year and combined the two beer gardens into one big section, so you can walk between the two tents and stages without having to put down your beer.

“There’s more room to walk around with your drink,” Denbow says.

Plus, organizers staggered the performers on the two stages, so you can enjoy in peace without the fear of missing out.

Wrap up your night out with some Mexican street tacos from one of the vendors and munch on them while stage-hopping and people-watching.

“It’s the best people-watching all year,” Denbow says. “People come out of the woodwork for this event. In the past, I’ve seen someone with an iguana and someone else with a parrot on their shoulder. It’s so absolutely quintessential Boulder.”

An animal lover: It wouldn’t be a Boulder event if dogs weren’t allowed. Just make sure they’re not jerks and they’re on a leash. They can even go in the beer garden. But dogs aren’t allowed everywhere. You can’t bring them on the Pearl Street Mall or inside the farmers market, which is on Saturday (so leave your pup at home on Saturday).

Animal lovers will also enjoy the various interactive animal exhibits, including a raptor booth, where you can chill face-to-face with an owl and eagle, and a puppy rescue, complete with a free puppy-kissing booth. Warning: Kissing puppies can result in adopting puppies. 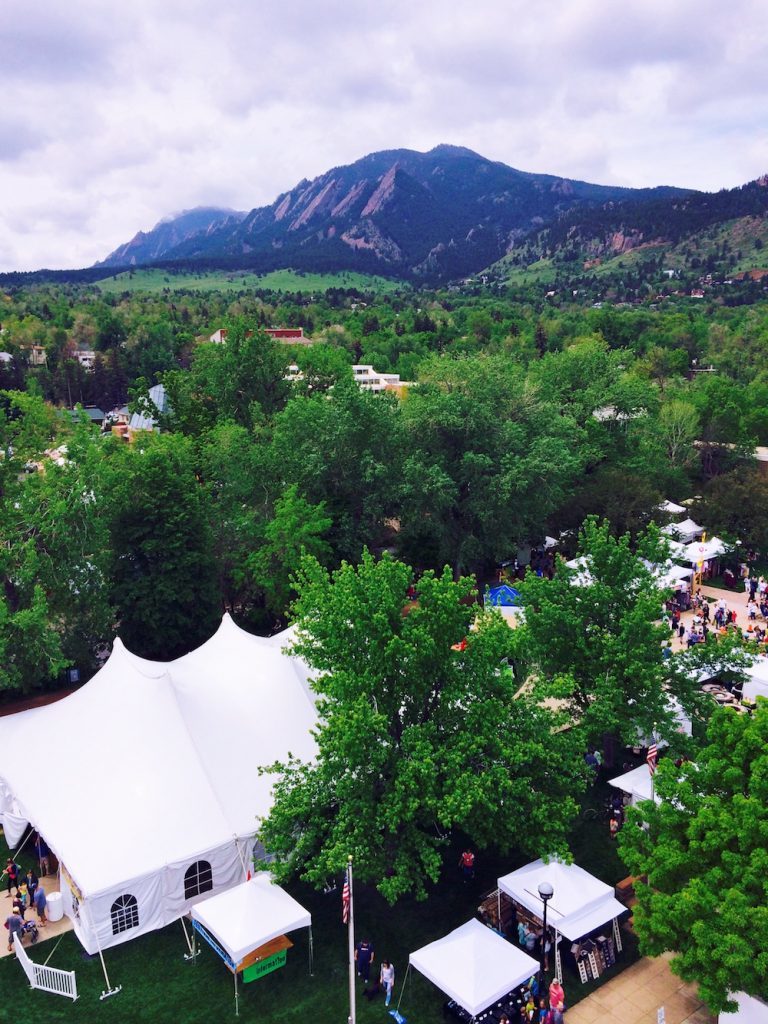 Here are some more inside tips on how to navigate and get the most out of the Boulder Creek Fest.

Don’t drive. While there is limited parking in downtown parking garages and lots, don’t count on it. First, some of it will require a parking pass (and all day can get pricey). You can find free street parking in some neighborhoods, but that’s normally hard to score even on a slow day. Don’t park illegally or in a passholder zone. Boulder’s parking enforcers aren’t jokesters.

Ride your bike or the bus. Instead, rent a bike (B-cycle has plenty of stations downtown to make this easy) or take the bus. Boulder has great public transportation, so there’s no excuse to fight for a parking spot. Check RTD’s schedules and routes to find the most convenient bus, based on where you’re staying.

Grab a map. A map will be key to finding your way around the fest. You can find one at an information booth and the Main Command Post.

Eat at the fest. Expect Pearl Street’s restaurants to be busy. Instead, take advantage of the 50 food vendors at the festival, most of which will be stationed outside the Boulder Public Library. Also keep your eyes peeled for food carts.

Bring extra cash. While the festival and entertainment is free, not everything at the Boulder Creek Festival is. Obviously, the food and drinks cost extra. So do the carnival rides. Most rides will cost you $3 to $5 (in tickets), or you can get a day pass for $25.

Support a good cause. Look for nonprofit booths and fundraising opportunities in the vendor village.