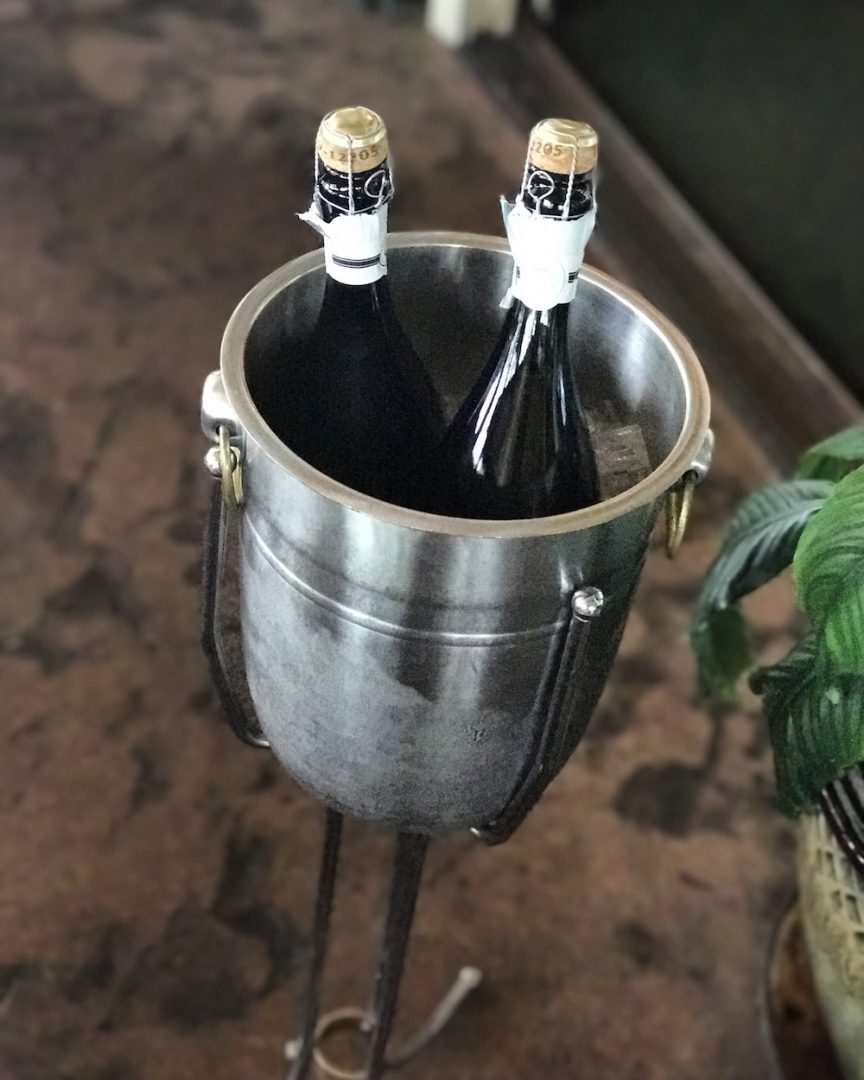 Sometimes you want a big plate of oysters, eggs, bacon, pancakes and benedicts. Other times, you just want to drink your breakfast.

Boulder brunches like a boss, and it’s special brunch drink menus don’t mess around either. Here are our favorite five brunch destinations in Boulder for when you’ve got an AM thirst to quench. 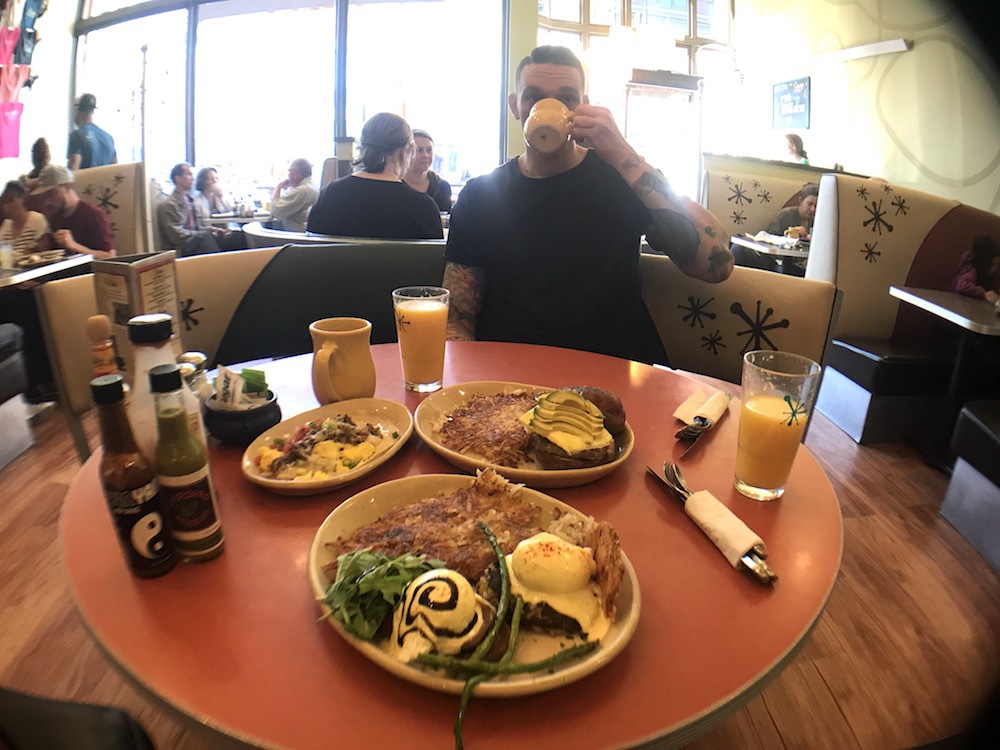 There’s always a line outside Snooze. Always. And for good reason. This Pearl Street local chain has an upbeat, retro atmosphere with ridiculously delicious food options, both breakfast and lunch, making it ideal for brunchers. While Snooze doesn’t offer a specific brunch menu, that’s all Snooze is.

Snooze is known for its creative dishes, and that innovation extends to its drink list, too. It serves all kinds of crazy mimosas. Obviously, the classic champagne with orange juice is a given, but have you ever tried a pineapple or lemonade or grapefruit mimosa? Kick your classic mimosa up a notch by adding pomegranate liqueur.

If you’re having a mimosa party but you’re not the bubbly type, swap it for a Brewmosa: wheat beer and fresh OJ. Try it before you knock it. It’s super common to mix wheat beer with juices in Germany, and who can argue with Germans about beer? No one. That’s who.

Naturally, the bloody Marys here are to die for, too. Lose your head over a spicy bloody, with habanero and jalapeno-infused vodka, or the Asian version, with sriracha.

Like bacon? (That’s rhetorical.) The Boss Hog is for you. It’s a bloody with bacon-infused bourbon (from Breckenridge).

If you’d rather drink your breakfast, order the Bacon and Eggs. That pairs the bacon bourbon again with frothed egg white, bitters, house sour mix and topped with bacon.

As the weather warms up, snag a spot on the outdoor patio (if you can) and order a Morning Marg. Because in Boulder, margaritas needn’t be reserved for after noon. At least not when you toss in some orange liqueur. Orange makes it breakfast. It does.

Craving a smoothie but feeling naughty at the same time? Turn your Orange Julius into an Orange Snoozius: a refreshing blend of vodka, orange liqueur, fresh OJ and whipped cream. 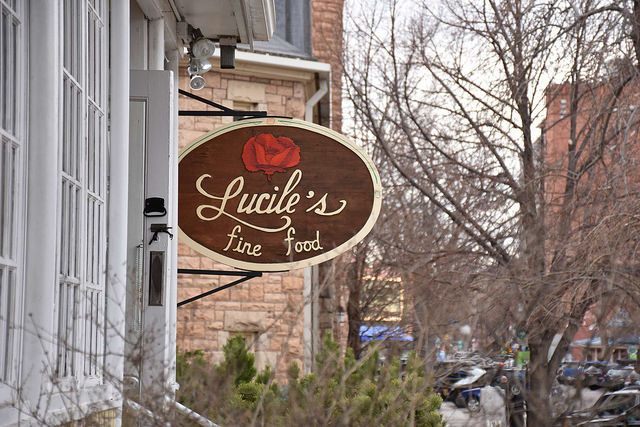 Lucile’s has an excellent brunch. Photo by Jim Heckel

The best brunch drinks don’t have to just include alcohol, as Lucile’s in downtown Boulder proves. Lucile’s is a homey, popular Creole kitchen (where there’s also always a wait). While Lucile’s doesn’t have a full bar with the likes of bacon bourbon, it does serve chicory coffee, traditional New Orleans-style coffee.

Chicory itself is caffeine-free, although it’s common to mix chicory with dark-roast coffee, and then blend with warm milk. It has a different flavor than the common coffee bean, and there’s nothing more satisfying than a hot pot of chicory coffee served with a plate of powdery beignets.

Drinks at The Buff in Boulder are served in mason jars, which is fitting for this comforting, old-school-feeling breakfast and brunch joint.

While the drinks here aren’t incredibly innovative (although there are a few eyebrow-raisers), here’s why they’re among the best in Boulder: They’re cheap cheap cheap. Get a mimosa, bloody or tequila sunrise for just 99 cents, with the order of an entree. (Limit three.)

If you need a big dog to bite the dog that bit you last night, order a Tantaka, a quart of bloody marty with bacon and veggies. Yes, a quart. For just $8.

If you can’t decide between coffee and breakfast booze, order an Espresso Martini.

As a bonus, The Buff also has a full coffee bar, so you can get a latte, Americano or Dirty Hippie (chai, espresso and soy milk) to go with your comfort food. 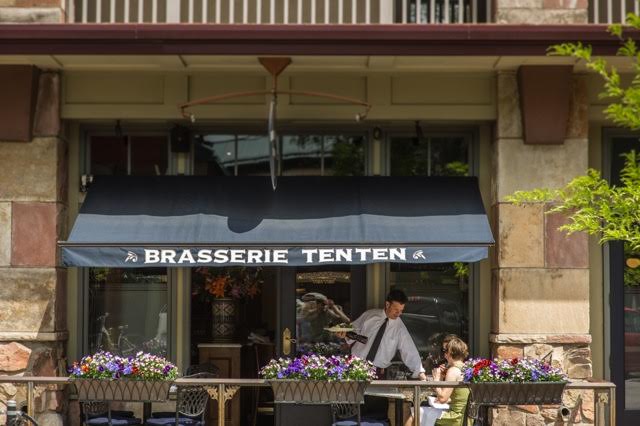 So you want a fancy brunch and creative cocktails with it. Head to Brasserie Tenten in downtown. This charming French restaurant (with an exquisite, flower-lined, outdoor patio) offers innovative and classy morning cocktails.

First, the restaurant freshly squeezes pressed juice in house, which make a great mixer for mimosas and

For a bolder choice, mix your sparkling wine with Chambord, for a Kir Royale.

For the ultimate refreshing drink, the Matin Fraise brings muddled strawberries to a glass of Pinot Gris and simple syrup. Feeling a little naughty? The Brasshopper is creme de minthe, creme de cacao and pearl vodka, topped with cream.

If you’d rather eat your cocktail, order the Moules Bloody Mary: a half pound of steamed mussels and bacon served with a baguette, poached egg, pickled pepper relish and a spicy tomato broth that gives this plate its name. OK, no vodka here, but you could always request a shot on the side if you can’t fathom a bloody without it.

Salt is a local favorite, for its scrumptious, farm-to-table fare. It’s brunch cocktails deliver, too. The options rotate seasonally, but a few staples include the fire roasted bloody (made with fire roasted tomatoes to give it an extra zing) and the Corpse Reviver (gin, lillet, lemon juice, cointreau, absinthe — wait? What? Yes. Absinthe for breakfast. Why not?).

If the absinthe doesn’t do you in, you can always ask about Salt’s barrel-aged cocktail of the moment.

An example of a seasonal brunch cocktail is Cinnful Orchards: vanilla vodka (make in house) mixed with peach, apple cinnamon, lemon and soda. Or for a little protein in your drank, try the Fireside Flip: an egg with ancho reyes, cognac, lime and housemade orgeat.