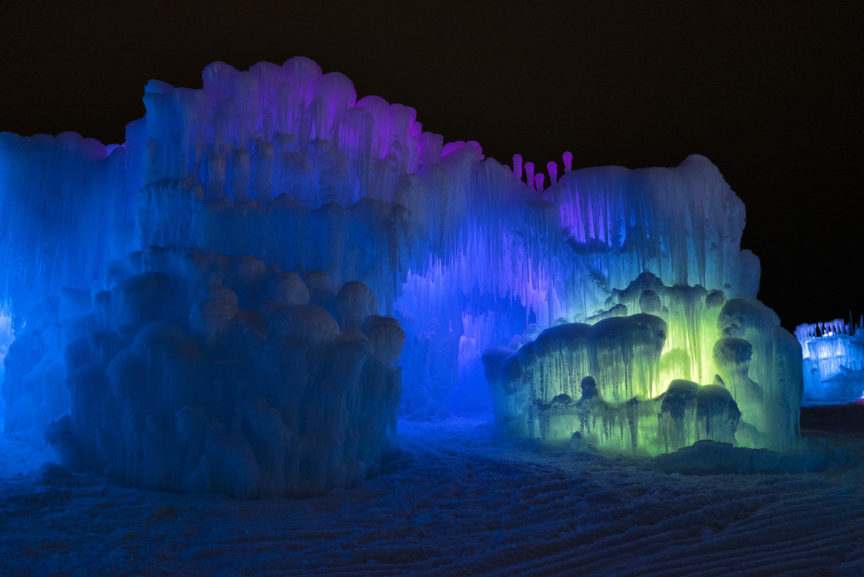 Sunnier and snowier is a magical combination. That’s a huge reason why many people visit Colorado.

If you’re looking to experience the perfect “winter wonderland” in Colorado, you don’t need to venture far from Boulder. Here are five of the most surreal and fantastical ways to experience Colorado’s snow and ice. 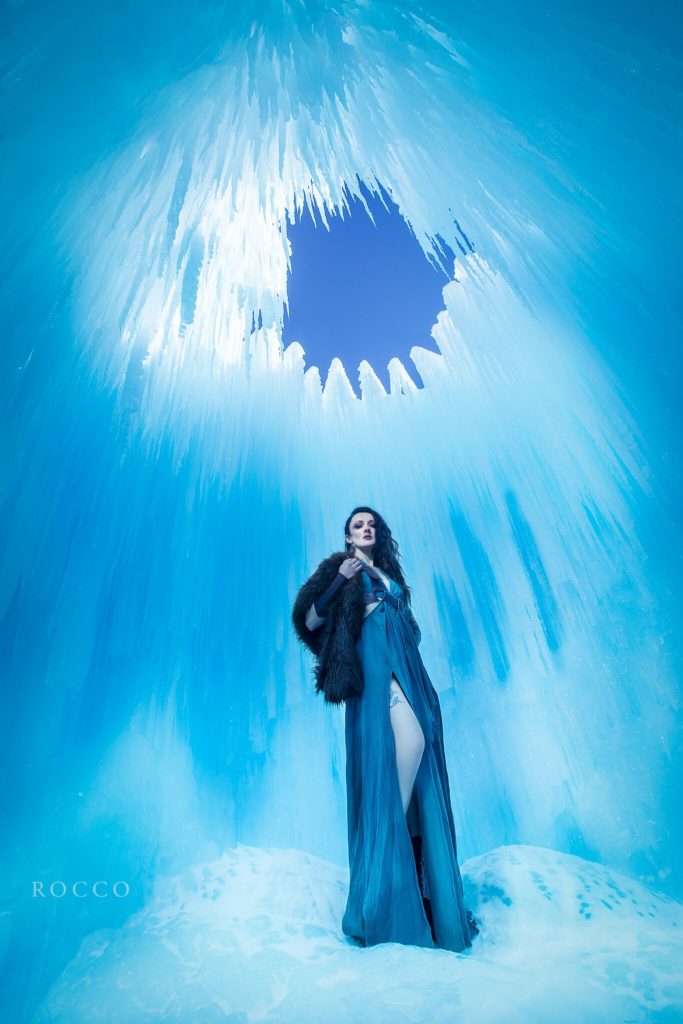 Imagine walking through an elaborate castle built entirely of ice, with clusters of icicles adorning the archways like crystal chandeliers. Wander through white hallways, walk past a functioning water fountain built entirely out of ice, sit in a frozen throne and slip down a human-sized ice luge.

You will feel like a true ice queen in this otherworldly creation on the edge of the mountain town of Dillon, just off Interstate 70 on your way to Breckenridge. 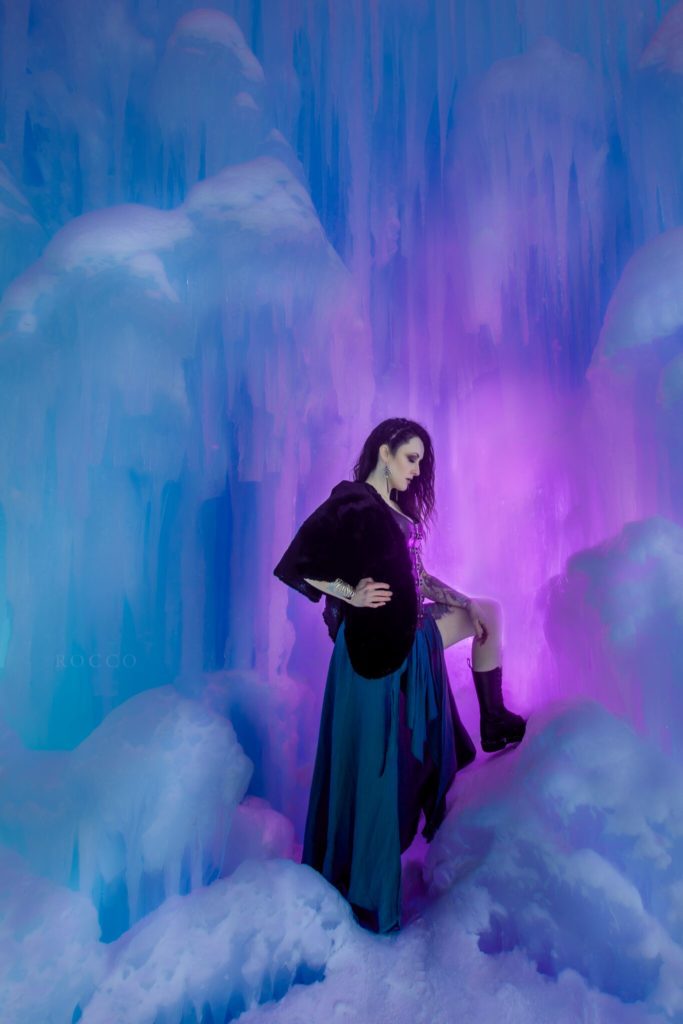 This annual, award-winning attraction is best to visit at night, when it glows in colorful LED-lighting, although it’s colder after the sun goes down. Dress warm; it’s chilly to spend time surrounded by this much ice.

The Ice Castles in Dillon are great for families, photos (if you can work around the crowds) and Elsa fans. It’s inexpensive, too.

The Ice Castles were started in Utah by Brent Christensen, with an ice cave in his front yard for his six kids. Kids from around the neighborhood and town began visiting his chilly cave. It grew from there.

You can find more ice castles in several other cities across the country, too. 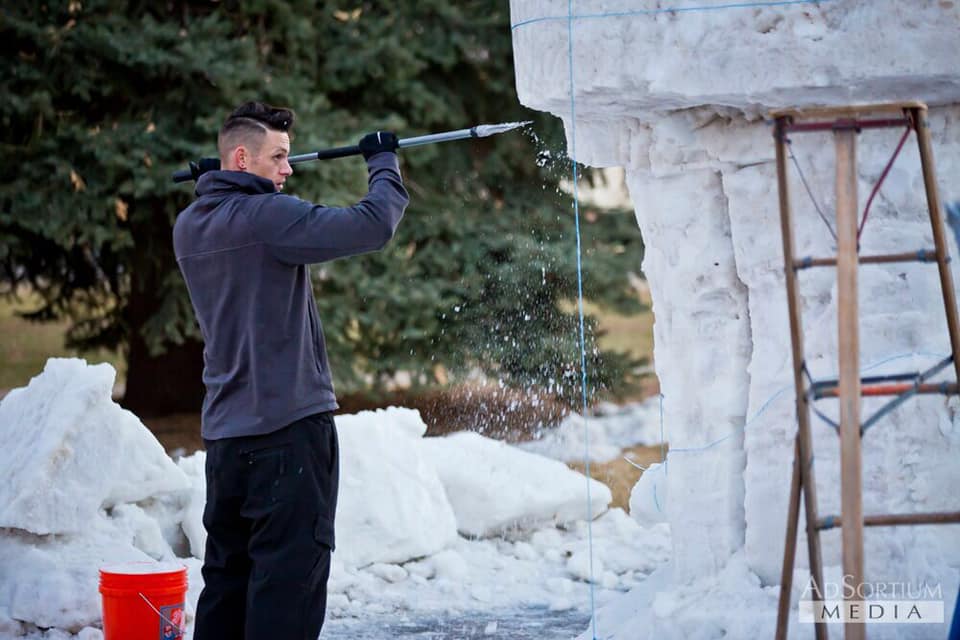 Head to the small town of Berthoud just north of Longmont for the annual Snowfest, where you can watch artists transform large, square blocks of snow into oversized, creative sculptures. Over the course of three days, these snowy creations put classic snowmen to shame. On the final night, the carving typically goes late into the night, and the park is illuminated by large lights. You can walk by any time and meet the artists and watch the amazing progress. On the last day, the winners will be crowned, including a crowd favorite. 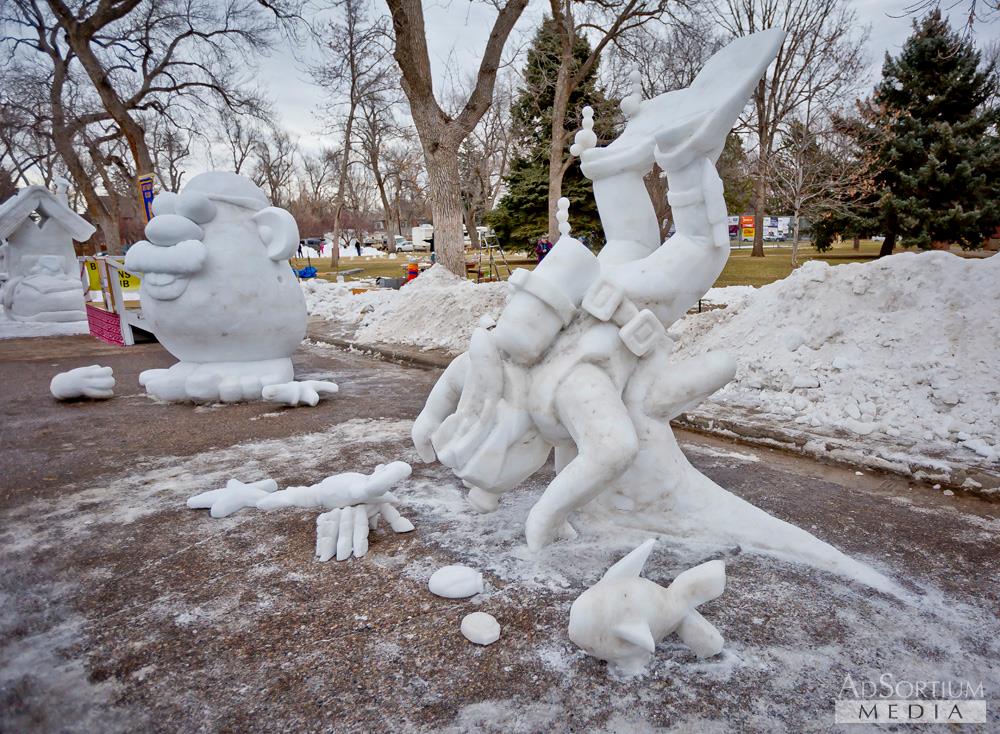 In the past, sculptures have been hugging polar bears, modern art shapes, the “leg lamp” from “A Christmas Story,” oversized dice, Santa in a bathtub, dolphins, a house, a scuba diver, you name it.

Other fun activities at the Snowfest include a kids’ mini snow sculpting challenge, a tent with warm food and drinks, and a winter parade. 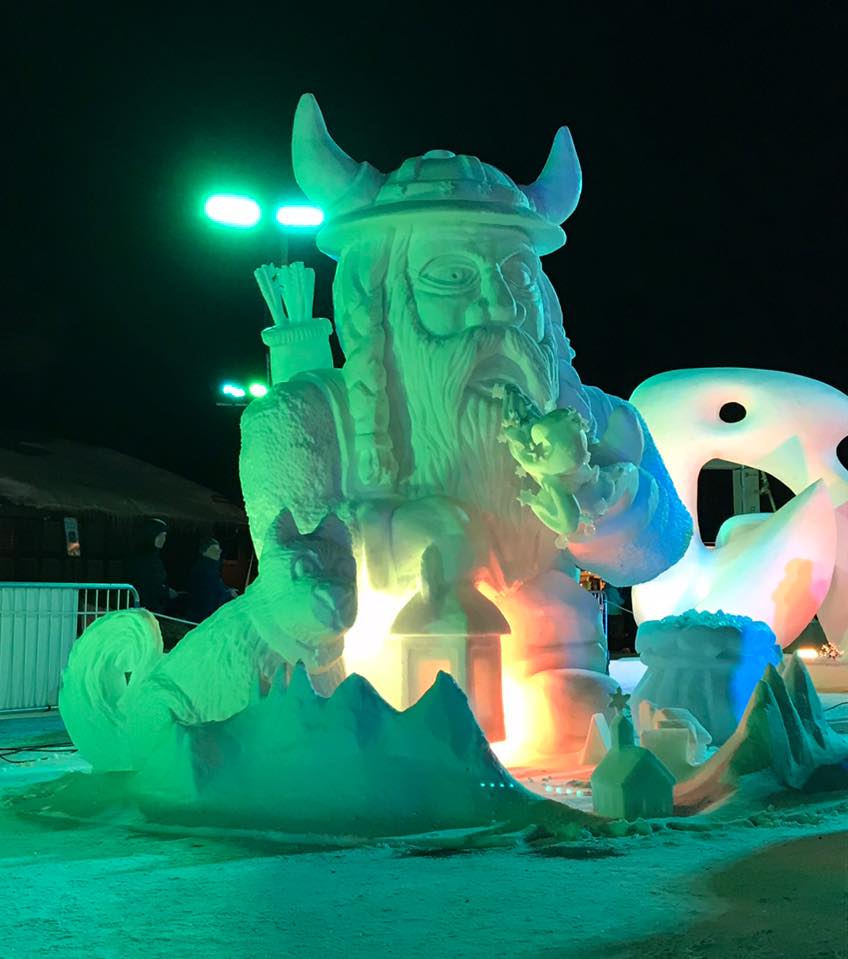 If you think the Colorado Snow Sculpting Championship is exciting, you have to check out the international version in Breckenridge a few weeks later. This annual competition pits 16 teams from around the world against each other to hand-carve 20-ton piles of snow. The public is invited to visit this event (now more than 30 years old) and watch as the snow evolves into detailed, elaborate pieces of temporary art. This contest spans five days and turns Breckenridge into a unique, chilly, pop-up art gallery. 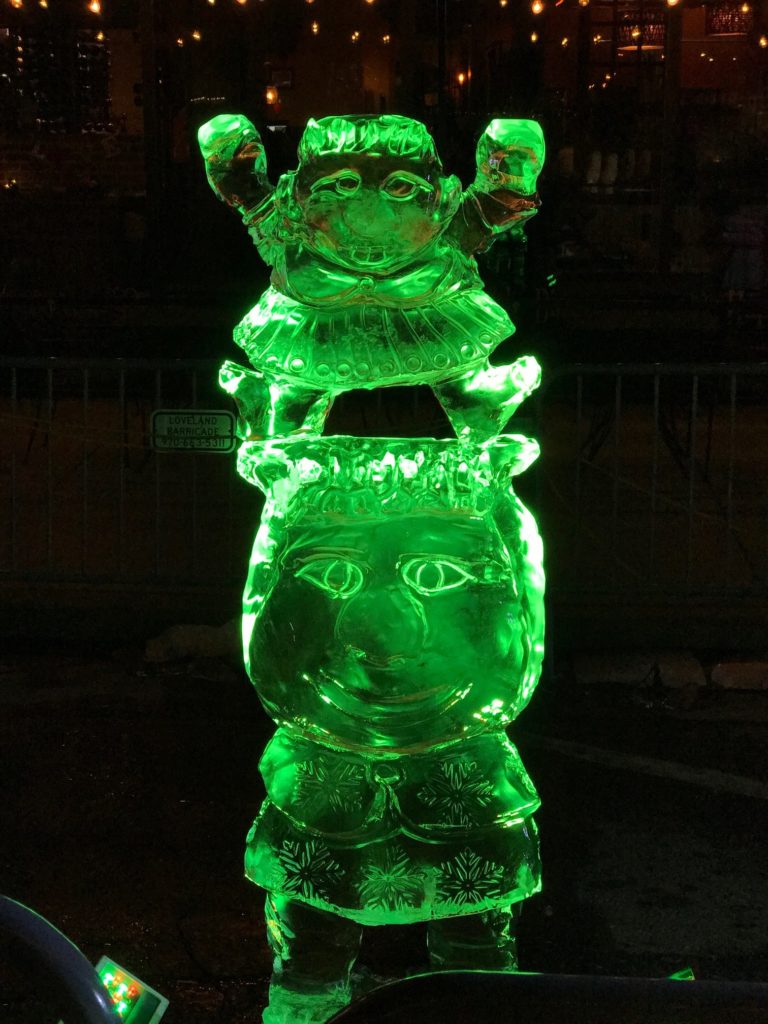 The Fire and Ice Festival is one of the newer annual winter celebrations (it started in 2015). For this festival, more than 130,000 people descend into the city of Loveland to see snow and ice sculpting, but also the hotter side of things, like fireworks, fire-breathing performers and fire sculpting. Enjoy the beautiful artwork, sip hot chocolate and treat yourself to free entertainment. 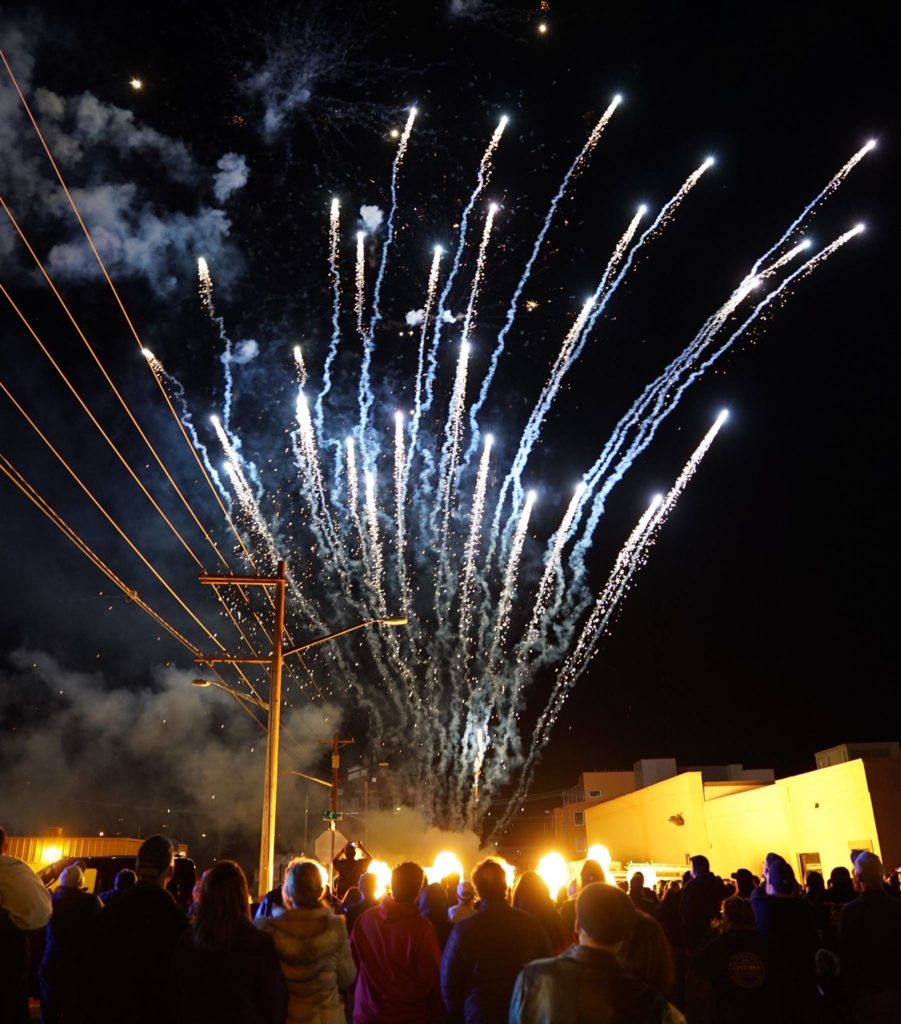 Stay all day and night and enjoy the vendors in the marketplace, food, drinks and other activities in downtown. For families, there’s even a special carnival, with rides, games and a beautiful carousel. 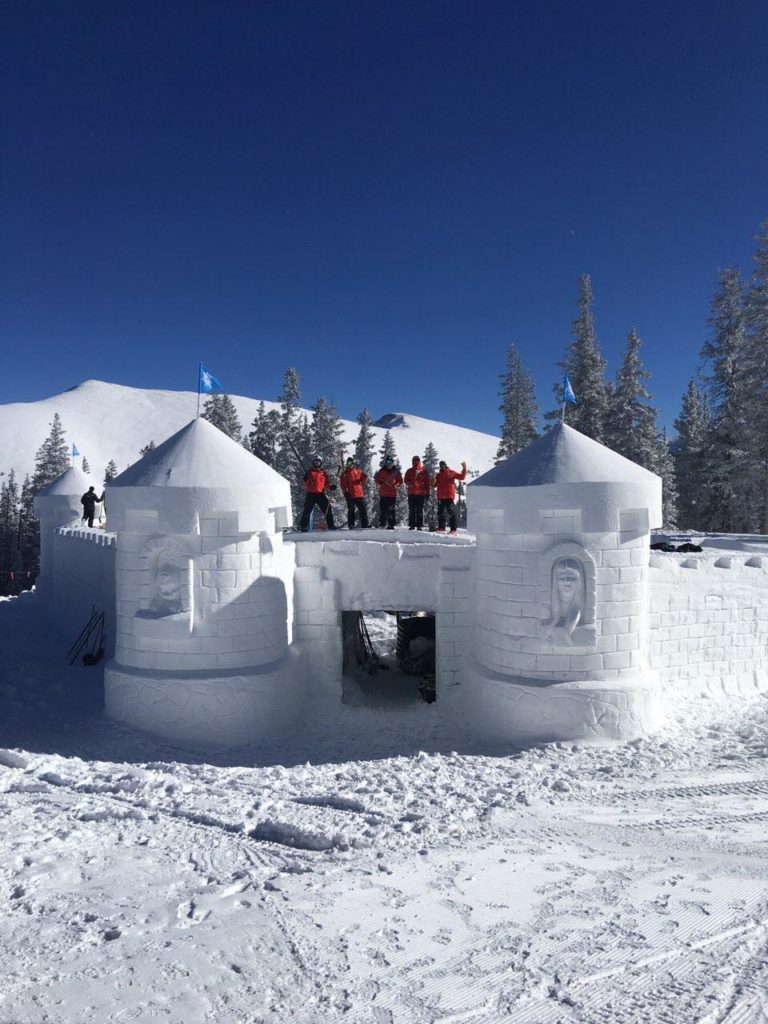 One of the most impressive ways to enjoy the snow in Colorado is in the world’s largest snow fort. Find this at Snowtopia, in Keystone Resort. Head to Keystone for the skiing, and while you’re there, spend time on the peak of Dercum Mountain, where this massive snow creation lives. This is a family favorite.

After exploring the corners of this unique structure, go tubing down the mountain and take in the spectacular views. Grab a bite to eat and warm up with hot chocolate at the nearby Summit House. But don’t delay; when the warm weather decides to take this snow fort, it vanishes. Until next year.