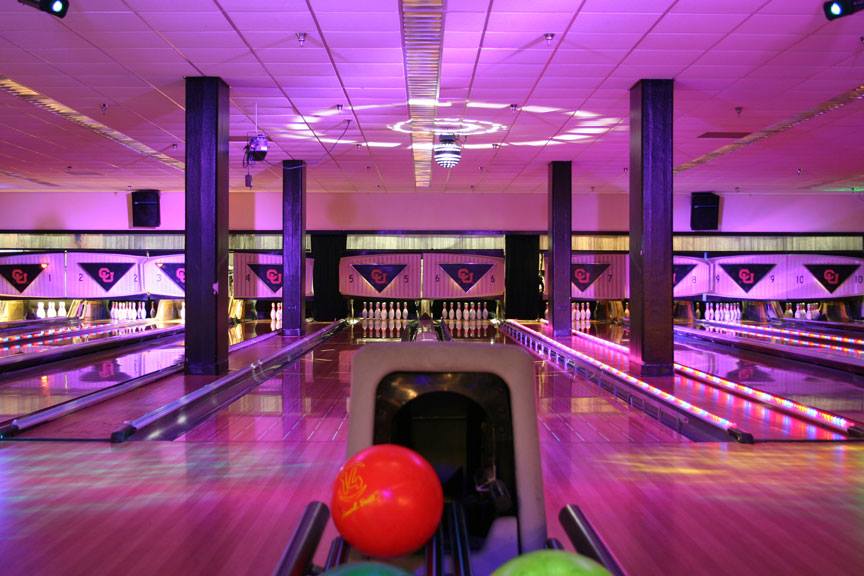 College campuses are well-known beauties, defined by their historic architecture and divinely landscaped quads. The University of Colorado, though, is vying for extra credit.

Nestled near the foothills, the signature red tile roofs on CU’s campus buildings coordinate nicely with the nearby Flatirons. Varsity Lake and its charming bridge on the northwest edge of campus is an ideal stage for any photo shoot. And the spiral staircase at Old Main — the campus’s oldest building — is not just an architectural stunner, but it also comes with a cool back story. It’s rumored to have been built to keep cattle out of classrooms in the late 1800s, but we couldn’t get campus master plans to confirm that.

The other beauty of college campuses? The public ones are, of course, open to the public. From unique campus eateries to interesting museum exhibits, there’s plenty to do on the CU-Boulder campus.

Of course, CU is a lively place, especially during the school year. It’s worth checking out CU’s events calendar to keep tabs on everything from movie screenings to lectures to concerts that are free and open to the public.

But here are a few tried and true ways you can spend an afternoon on campus, as well.

1. Eat at the Alferd Packer Grill

Go ahead, check in on Facebook when you hungrily arrive here for lunch and see who on your friends list is paying attention and knows their history. This on-campus dining spot is a nod to Alferd Packer, who fessed up to cannibalism after the harsh winter of 1874 when he and five others were trying to traverse through Colorado’s snow-packed and treacherous mountains. The grill is located inside University Memorial Center, which is near Broadway and Euclid Avenue and is open to the public. It’s a cafeteria-style eatery with soups, salads, burritos and grab-and-go items.

If you want something more upscale, though, head to the Center for Community. The dining hall, which opened in 2010, will erase all stereotypes you have of campus cafeterias because it’s more reminiscent of a Vegas-style buffet, with food stations like Latin American or tapas from a chef’s station. You might even be able to score fresh sushi that’s hand-rolled in front of you.

2. Go Bowling in the UMC Connection

Actually, the CU-Boulder campus is the only place in the city of Boulder where you can bowl. Want in on a little-known secret? The arcade and bowling alley serves beer and wine, too. The 10-lane bowling alley is at The Connection, which is inside University Memorial Center near Broadway and Euclid Avenue. Bowling for the public is $4.50 per person per game. Shoe rental for the public is $3. (And if you forgot your socks, you can purchase a pair for $3. Good looking out, CU.)

But if you go between 10 a.m. and 2 p.m. during the week, members of the public can bowl for just $1.50 per person per game, with $1.50 shoe rentals. The Connection also has pool tables that rent for $5.50 per hour for the public. You can also play foosball, air hockey and arcade games here.

The University of Colorado Museum of Natural History houses one of the largest history collections in the Rocky Mountains. The museum is tucked on campus in the Henderson building, which abuts Broadway. In addition to a discovery area for children, there are more than four million objects housed at this museum, organized into categories: anthropology, botany, entomology, paleontology and zoology. Some of the must-sees when you’re at the museum are the world’s oldest documented Navajo textile and Colorado’s largest collection of bees.

As part of the “Unearthed: Ancient Life in the Boulder Valley,” you can view 80-plus tools from the Stone Age that were found in a Boulder backyard in 2008 while a homeowner was digging a fishing pond. The tools date back to about 13,000 years ago at the end of the last ice age, and two of the stone knives were discovered to have protein likely from extinct North American animals. CU archaeology professor Doug Bamforth has been studying the artifacts, but this has been the first time they’ve made available to the public to view. The exhibit includes touchable replicas of the tools.

Ever find yourself wanting to return to college, minus all the exams and essay writing? You can. CU has a free lecture series on the weekend, with some of the campus’s most dynamic professors delivering the talks. Past topics have included everything from whether life could exist on Mars to Chinese and American views on the media. The lecture schedule is still shaping up for the fall 2017 semester, but talks are already on the calendar. They are: “What do you hear? Listening to modernist music,” which will be from 1 to 3 p.m. on Sept. 30 and a lecture series on Colorado’s energy.

The following talks are also scheduled: “Balancing Oil, Gas, Air and Water Resources” from 1 to 4 p.m. Oct. 14; “Keeping Politics from Derailing Critical Climate Action” from 1 to 3 p.m Nov. 4; and “How Renewable Technologies can Transform Energy” 1 to 4 p.m. Dec. 9.

We should mention, though, that there are all kinds of lectures you can catch at CU by keeping tabs on the campus calendar. Also, the first week in April, CU hosts the Conference on World Affairs, which can best be likened to an Olympics for the brain. Experts from around the world descend on the campus for a week full of panels, lectures, discussions and concerts.

Fiske Planetarium’s laser light shows are a rad, multi-sensory experience that treat your eyes and ears to a show, while giving you an astronomy lesson. Using the planetarium’s state-of-the-art project system, trained “laserists” will fly you past planets and whizz you through the galaxy as colorful lasers light up the auditorium to the tune of musical hits, ranging from Pink Floyd to Beyonce.

“Liquid sky” events have a similar set-up, but feature psychedelic music and abstract art shows. The laser and liquid sky events rotate throughout the year.