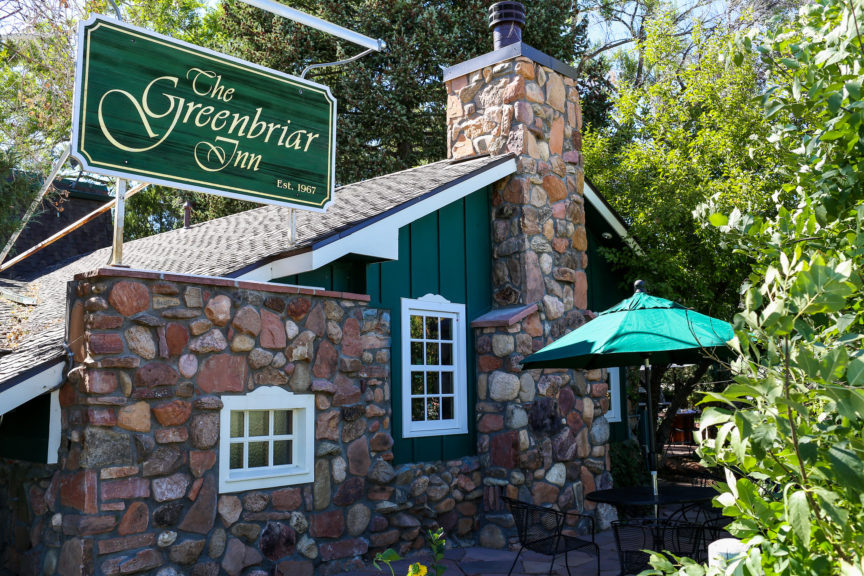 The outside of Greenbriar Inn. Photo by All Digital Photo & Video
Share
TweetSubscribe

Editor’s note: Like many restaurants, The Greenbriar Inn has been affected by the coronavirus pandemic. Visit The Greenbriar Inn’s website and social media pages for updated information about dining, reservations, events and gift cards, or call 303-440-7979. More info: http://www.greenbriarinn.com/

The very thing that makes this restaurant so special is why you may not know about it.

For longtime residents, the Greenbriar Inn is far from a secret. It’s been a locally-run Boulder County staple for 53 years — even before Prohibition ended in Boulder. In fact, the founders originally transformed the historic building into a restaurant in order to serve alcohol to Boulderites; just outside of city limits, it was legal here.

But its remote location, at 8735 N. Foothills Highway, also makes the Greenbriar a bit of a hidden gem. It’s outside of Boulder on U.S. 36 headed north, perched at the base of Lefthand Canyon. This elegant Boulder County restaurant is set on nearly 20 acres of foothills land — spaciousness that’s hard to fathom in today’s Boulder. It’s the Greenbriar’s historic roots that connected it with so much land, ground that now includes dining patios, a bright sunroom, a historic cabin, ancient artifacts, a trout pond, a waterfall, wedding site, hundreds of trees and the restaurant’s very own on-site produce garden.

There’s truly no restaurant in Boulder County like this.

On a regular summer day, you might see a chef walk out to the garden to snip a fresh herb that will go straight onto your plate.

“That is as fresh as you can get,” says owner Phil Goddard. “It’s not like a package shipped to you, even from down the street. The chefs are out there with scissors, picking fresh chives and tarragon, beets and flowers.”

The restaurant changes its menus up to eight times a year to accommodate what its 7,000-square foot garden is giving. On average, the garden yields 80 to 90 varieties of veggies and herbs. 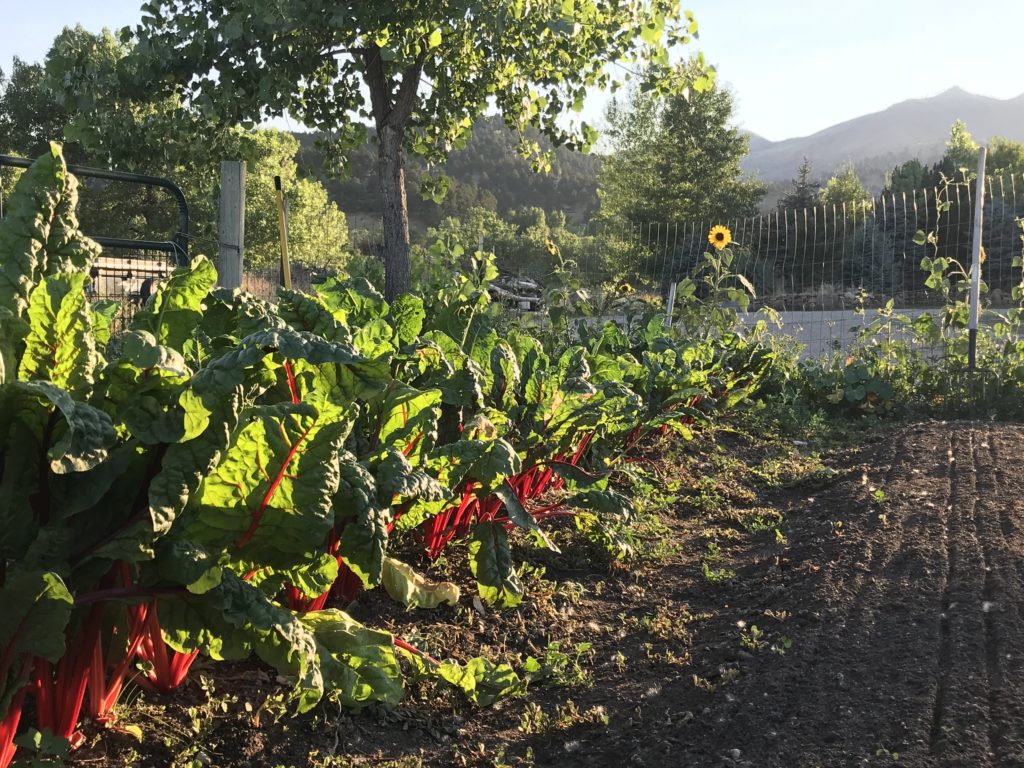 And they’re all natural. No pesticides. The compost is made from kitchen scraps and the neighbor’s grass-fed cow manure. The irrigation is all sourced from the restaurant’s trout pond, whose water comes from Lefthand Creek. This means the pond is filled with naturally occurring snails, crayfish, minnows and trout, and the nutrients from the water help the plants grow, as well as keep the bugs away. Goddard calls it a “closed loop.”

The Greenbriar has done farm-to-table long before it was a trend. This is the garden’s 25th year.

His story is the quintessential American dream. Goddard, now age 62, started at the Greenbriar as a line cook in 1981 and worked his way up to chef de cuisine. Goddard says despite the expectation that he would become a doctor, like the rest of his family, food was always his passion. One of his first memories was baking bread with his mother when he was 4. He began working in restaurants at age 12.

In 1989, he nearly bought the Greenbriar, but the deal fell through. He left the restaurant to work as a chef at a country club, but ended up back at the Greenbriar years later in 1995 — this time as a real estate agent showing the property to a potential buyer. They didn’t want to take on such a big operation.

But Goddard still did.

This time, in partnership with his childhood best friend, he bought the restaurant.

Over the years, they completed $3.4 million in renovations. They added a sunroom and more windows; they remodeled the bar and extended the patios. They planted more than 400 trees and added the 50,000-gallon pond system and the produce garden. 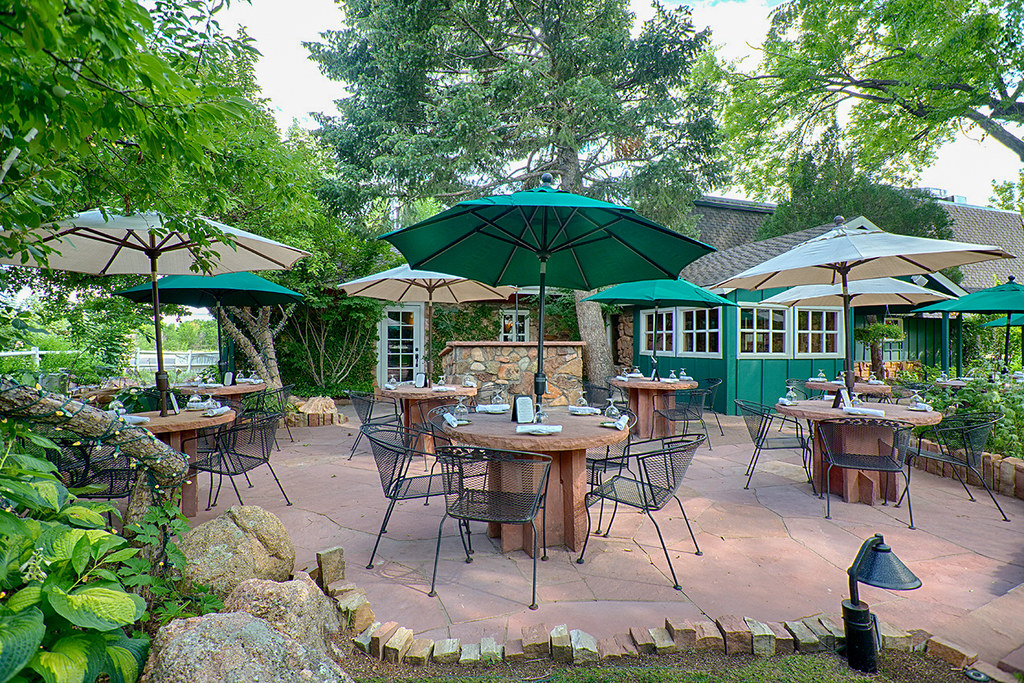 Then, in 2013, Boulder suffered a massive flood, costing the restaurant $75,000 in lost revenue and wiping out gas for a month. Staff pulled together and continued operating on rented equipment. Then, the restaurant’s bar caught on fire — on the evening of the University of Colorado’s winter graduation celebrations.

“It was a wild experience, one of the scariest experiences in my life. I thought my dream was going up in smoke,” Goddard says.

But it was also eye-opening. He says the challenges showed him how incredible his crew was and much they cared about the restaurant. And likewise, how much he cared about them.

“The flood followed by the fire was a stimulus to make changes,” Goddard says.

He ended up buying out his best friend’s share of the restaurant, leaving him to own it entirely.

Today, Goddard runs the Greenbriar with his wife, Emma. They met at the restaurant, when she was the bookkeeper. Goddard can name at least 20 couples whose relationships started at the Greenbriar.

The Greenbriar also holds 55 to 65 weddings per year, from intimate parties up to 250 people. It hosts all kinds of special events, from baby showers to christenings to birthdays and even celebrations of life.

“People have great memories at the Greenbriar Inn, and they have for a very long time,” Goddard says.

This land at the base of the canyon originally served as an outpost of Fort Valmont, according to Goddard’s research. In fact, you used to be able to visit a cellar built into the side of the hill, a well and a flat spot dating back to the 1800s. These historical sites were all wiped away in the 2013 flood.

Archeological digs of the area date even further back, to Chief Niwot, a leader of the Southern Arapaho people in the 1800s.

A cabin on the property was used for miners at the turn of the century, but it has since been refurbished and the Greenbriar’s groundskeeper currently lives there. He has for 10 years. 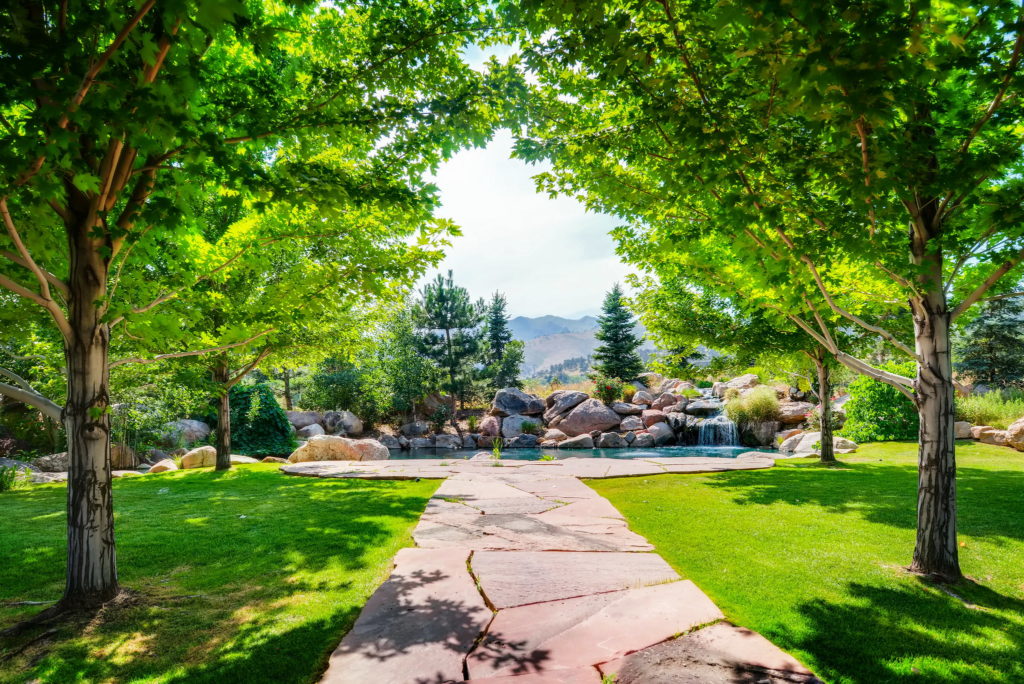 The main building itself (the stone structure) was built in 1873 and used to provide support for the then-mining town of Altona. At first, it was a general store and post office. It contained two bedrooms and a living room.

In the ’30s and ’40s, it transformed into a gas station (you can see photos in the restaurant’s lobby). This continued until a big fire in the early ’60s. (Yes, a different fire.) The gas station’s owners’ children still occasionally dine at the restaurant and share their memories.

Then, in 1966, the founders (Rudy Zwicker and Rudy Beaumel, known as “Big Rudy” and “Little Rudy”) decided to turn it into a restaurant. 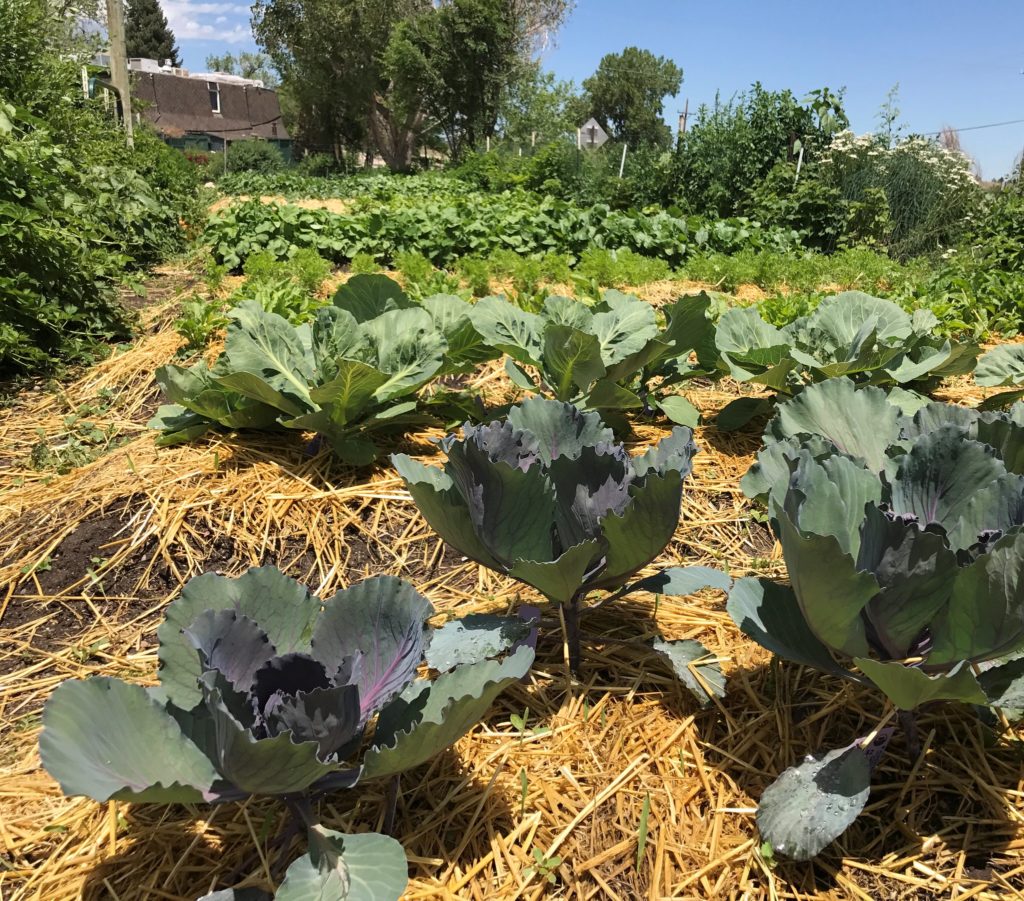 In the dining room, you can see a window made out of recycled glass bottoms (miraculously spared in the bar fire). Chefs are always excited by the oversized, rotating, four-rack oven in the upstairs kitchen (the restaurant has two full kitchens), leftover from when the restaurant was also a bakery in the early ’70s. Instead of making bread, today, this unique oven slow-roasts turkey, prime rib and leg of lamb.

Even with this old oven and even with its long history, the Greenbriar continues to innovate, Goddard says. It was founded as food-centric and remains true to that.

Some people may think because the Greenbriar was their grandmother’s favorite restaurant that the food is old-fashioned, but in truth, the age of the restaurant is just a testament that the business could withstand the (sometimes big) tests of time, come flood or fire or, most recently, health pandemic, Goddard says. After all, he says, food is his passion, so he still gets involved in the menus and stays at the forefront of foodie trends.

“This has been a lifelong dream of mine,” Goddard says. “And it has been an awesome life.”