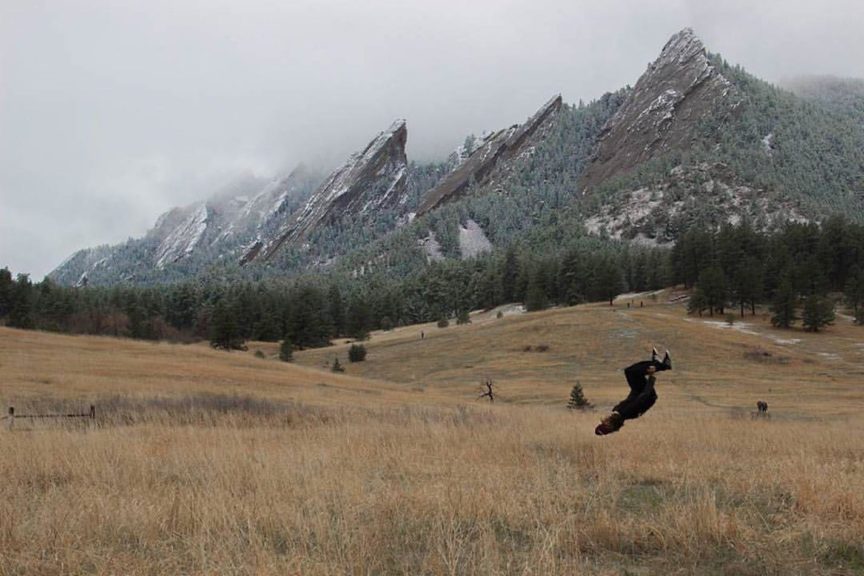 We all start out as parkour athletes, as kids jumping off benches, testing the limits of gravity and scaling trees.

For some reason, many people lose that natural, childish playfulness as they get older.

But not all people do.

Even if you have, you can get it back at one of Boulder County’s parkour facilities.

Boulder is internationally known for its parkour community, due in large part to Apex Movement, which was the first parkour gym in the western hemisphere.

Today, Apex still thrives, and you can find parkour instruction at other gyms around town, like Cats Gymnastics. The Superhero Academy, based out of Cats, is a kids-specific parkour program.

Then there are other movement-based offerings, like the Boulder Movement Collective (which is expanding to Denver). You can find parkour-inspired movements at some gymnastics centers, aerial dance studios and ninja gyms, too.

At its core, parkour comes down to movement training, often to overcome obstacles. It doesn’t have to be as extreme as doing a “flag” on a vertical pole 100 feet above a canyon or flipping off the side of a building and landing on a staircase railing. 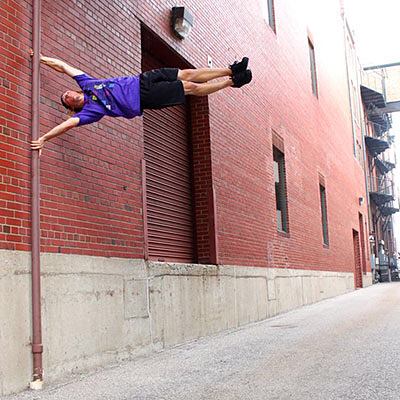 Parkour also includes jumping, landing, climbing and vaulting. As you get more experienced, it may incorporate flip and tricks to get from one point to another.

If you’re curious about parkour, you can take a class or enroll in a camp at one of the local studios. The first class at Apex is free.

Here’s a closer look at Boulder’s two main parkour gyms to help you decide whether you’re ready to take the (literal) jump. 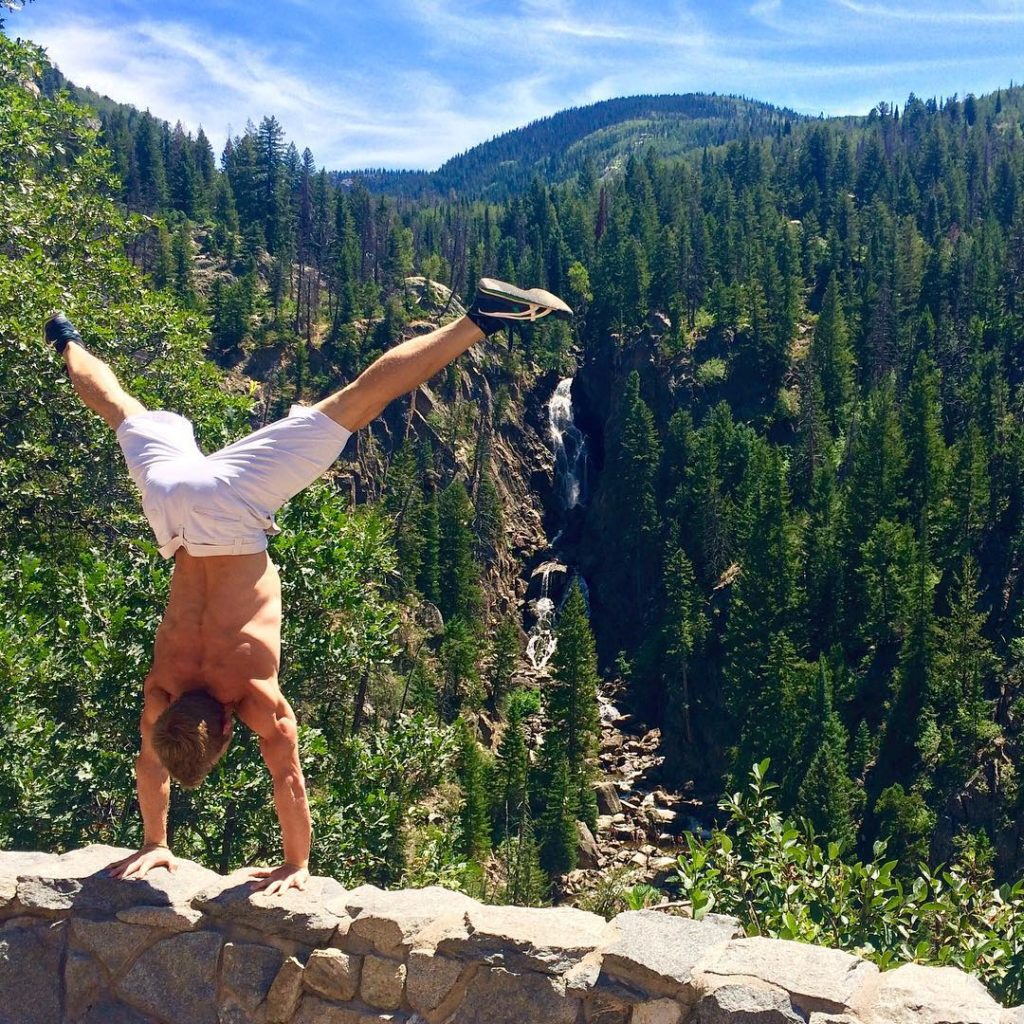 The Superhuman Academy, currently based out of Cats Gymnastics, 2400 30th St., is for kids from age 5 through 17. The academy is raising money to build its own facility, the first-ever youth and special needs facility, planned to open sometime in 2019.

A great place to start is with a drop-in parkour class. Try it out, meet some new people and end the class with a game.

If you like that, you might move on to the Jumpstart class, which teaches the fundamentals of parkour in small class sizes. Students can work their way up to the advanced class, for ages 10 through 17. Here’s where the movements transcend to the streets and rooftops; yes, the class does move outside and incorporates urban design. Kids learn things like twisting flips and rail work.

The Superhuman Academy also offers summer camps for kids 5 through 17. 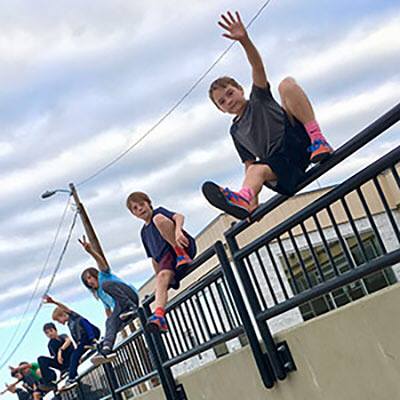 The Superhuman Superheroes parkour program is a unique offering for kids with special needs. These sessions last four to eight weeks and are taught by certified coaches with assistance from an occupational therapist.

The Superhuman Academy was founded by Nicholas Zaleski, a parkour performer and stuntman who has performed and competed all over, including at an NBA halftime show, the Teva Mountain Games in Vail and Red Bull’s Art of Motion in Tampa.

Co-founder Adam LaPlante also has a big resume, including being an acrobatic performer during a TEDxBoulder talk, a climber at AscenDance and a finalist in “Ninja Warrior: Sasuke 26” in Tokyo in 2010. 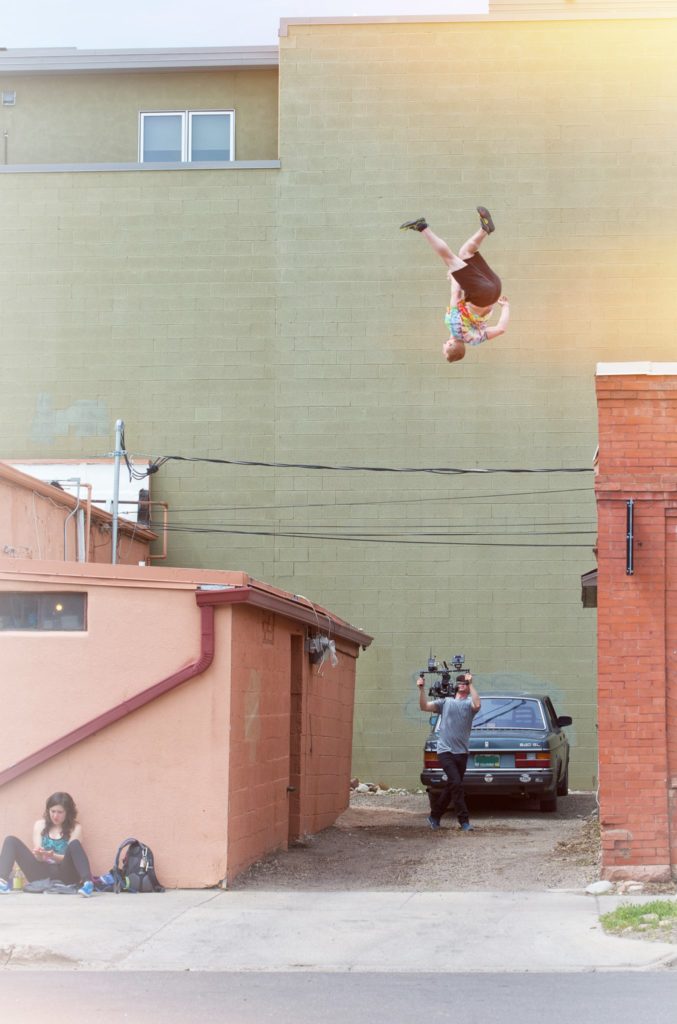 An Apex Movement athlete in a back alley in Boulder. Courtesy photo with Erica Madric and Mason Fleet

This gym’s for kids and adults alike.

Head east to Louisville, 1772 Prairie Way, to the Apex School of Movement, a world-renowned parkour facility. One claim to fame: Apex offered the first parkour program in the Western hemisphere. Play on more than 8,000 square feet of challenges and training equipment, and learn from some of the best trainers and athletes. All of Apex’s trainers have completed 175 hours of certification. 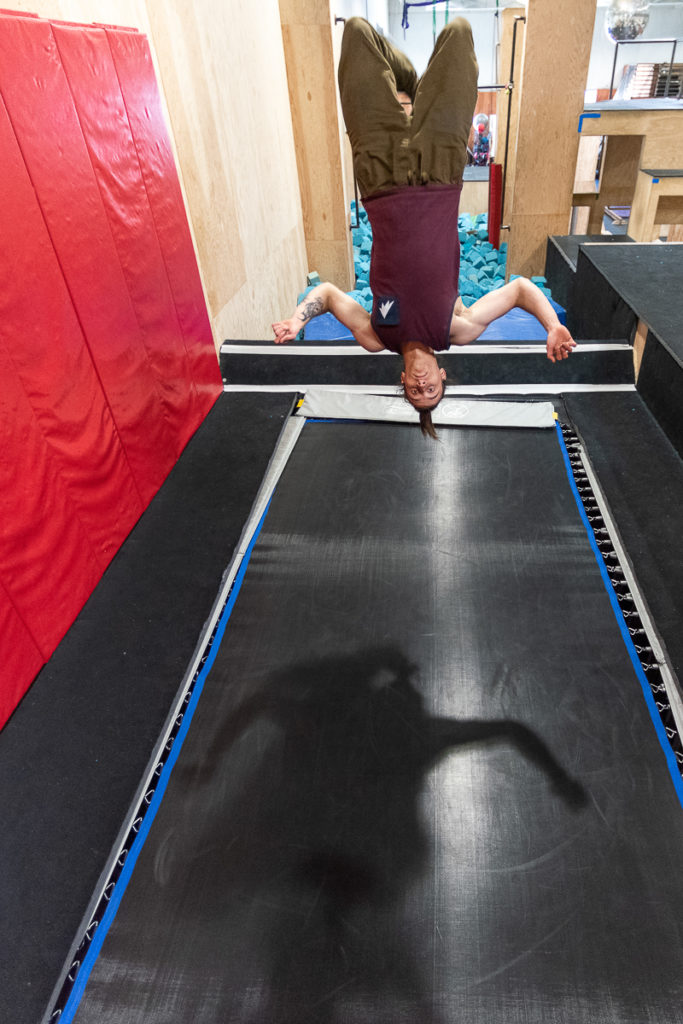 Coach Michael Sliger flips on the trampoline while working out at Apex School of Movement in Louisville. Photo by Mark Leffingwell

Apex has various locations, including one in Fort Collins, Denver and two in California. The Louisville location attracts participants from around the world to play on its professionally constructed obstacles. A few of the features include a giant foam pit, an air trick mat, weightlifting equipment, a trampoline and more than 60 movable obstacles. 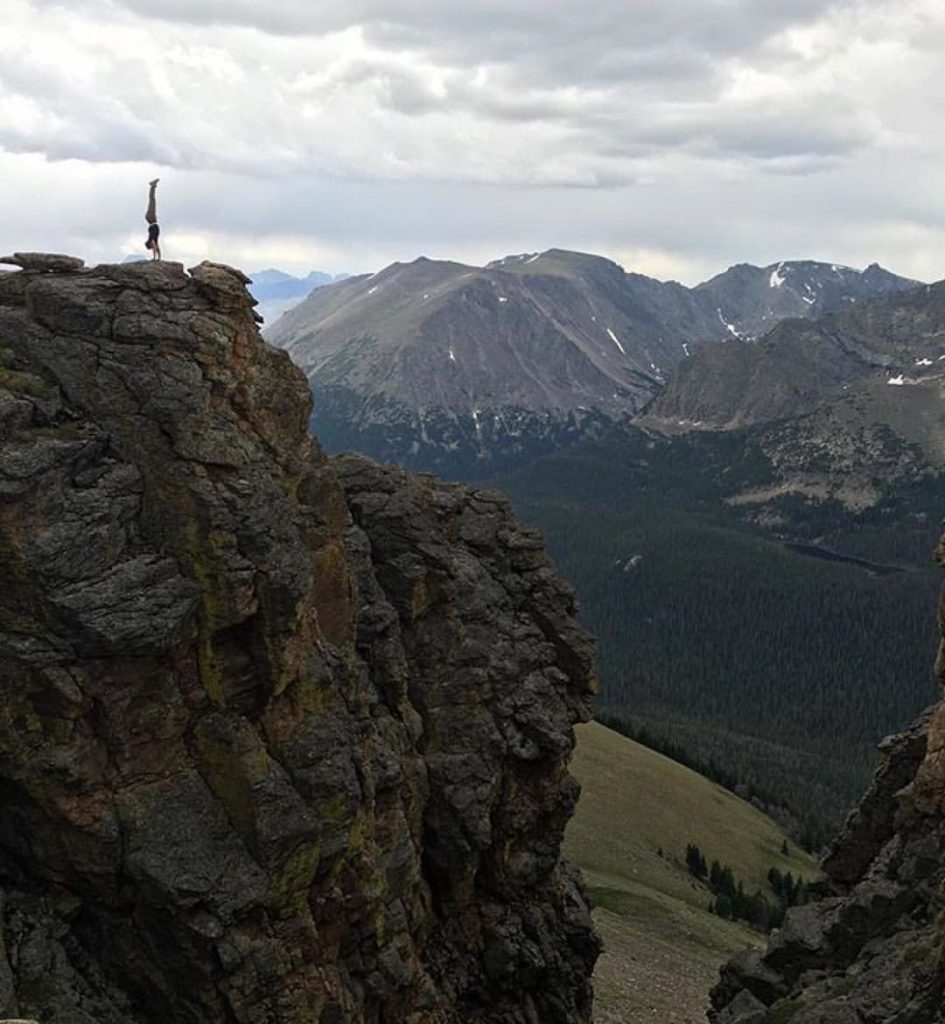 When you learn here, professionals play side-by-side with newbies. In fact, Apex has a professional program that features athletes who have been on TV and in movies, competed on “American Ninja Warrior” and Red Bull’s Art of Motion and performed around the world. 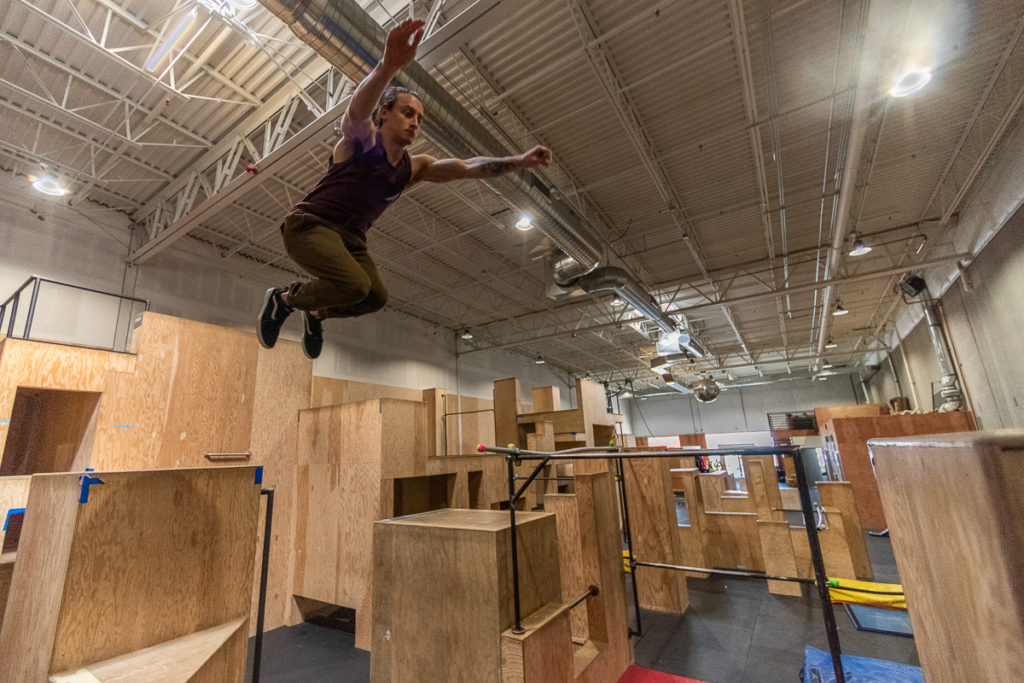 Coach Michael Sliger clears a nearly eight-foot-gap while working out at Apex School of Movement in Louisville. Photo by Mark Leffingwell

Ryan Ford wrote the book on parkour. Literally. He’s the author of “Parkour Strength Training.” He was one of the first professional parkour athletes in North America and has performed and coached worldwide for various groups, including the New Yorker, TEDx, ESPN and the U.S. Embassy. He also helped found Parkouredu.org, a platform that teaches parkour online.

Fun fact: Ford taught himself parkour through trial and error.

Amos Rendao is another Apex and Parkouredu.org founder and professional athlete, as well as the creator of Parkour Ukemi: The Art of Falling. 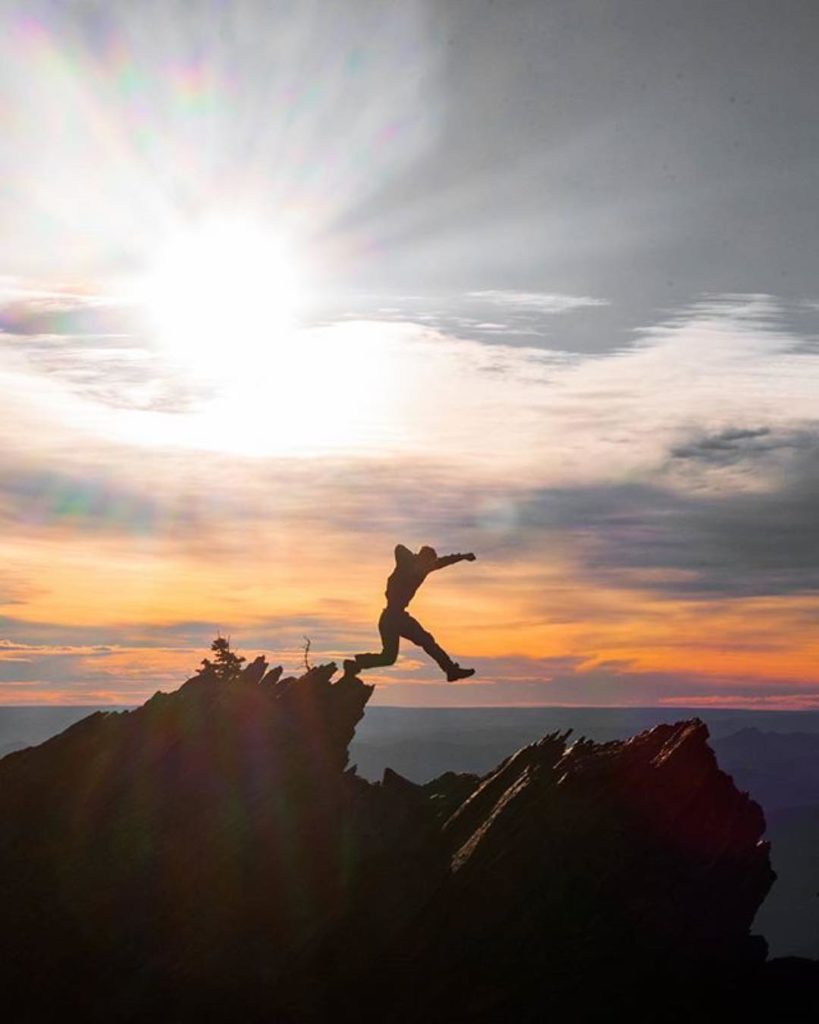 An Apex Movement athlete. Courtesy photo of Zwiegs by jmsullivan