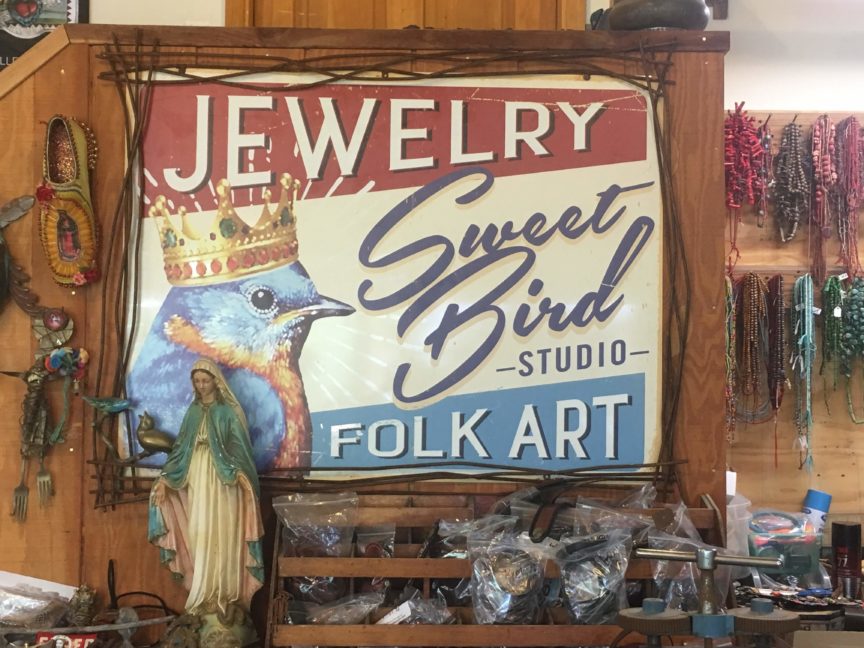 For almost three decades, metal artist Nancy Anderson made Boulder her home. As the founder and “Chief of Stuff” of Sweet Bird Studio (the name’s an homage to a Joni Mitchell song), she’s created jewelry and other metal objets d’art that have long been sought after by celebrities and art collectors — she was even asked to create a special commemorative belt buckle for Gov. Jared Polis’s inauguration earlier this year.

Given her deep roots in Boulder, it surprised some of her friends and fans when Anderson decided to leave the city, but she didn’t go far. Now living and creating in nearby Nederland, she’s become an expert in all this little mountain burg has to offer.

Located just 17 miles west of Boulder at an elevation of over 8,000 feet, Ned (as the locals affectionately call Nederland) was established in 1874. Roughly 1,500 “Ned Heads” live here, but it’s pretty densely populated, as the entire town encompasses less than two miles. Since 2001, Ned has been known mostly as the home of Frozen Dead Guy Days (FDGD), an annual festival held in March to commemorate, well, a local frozen dead guy. While FDGD is fun, a visit during the other 362 days of the year will yield a more authentic Ned experience.

Here are artist Nancy Anderson’s suggestions for your trip.

Suffice it to say, you’re not gonna go hungry in Ned. James Peak Brewery & Smokehouse offers 16 taps pouring regional craft beer and cider selections, handmade cocktails and world-class BBQ, including vegetarian options. If you’re in the mood for artisan, wood-fired pizza with your brew, Anderson says Crosscut Pizzeria & Taphouse should be your destination. Just wanna grab a sandwich and people-watch? The legendary The Deli at 8236’ has you covered. 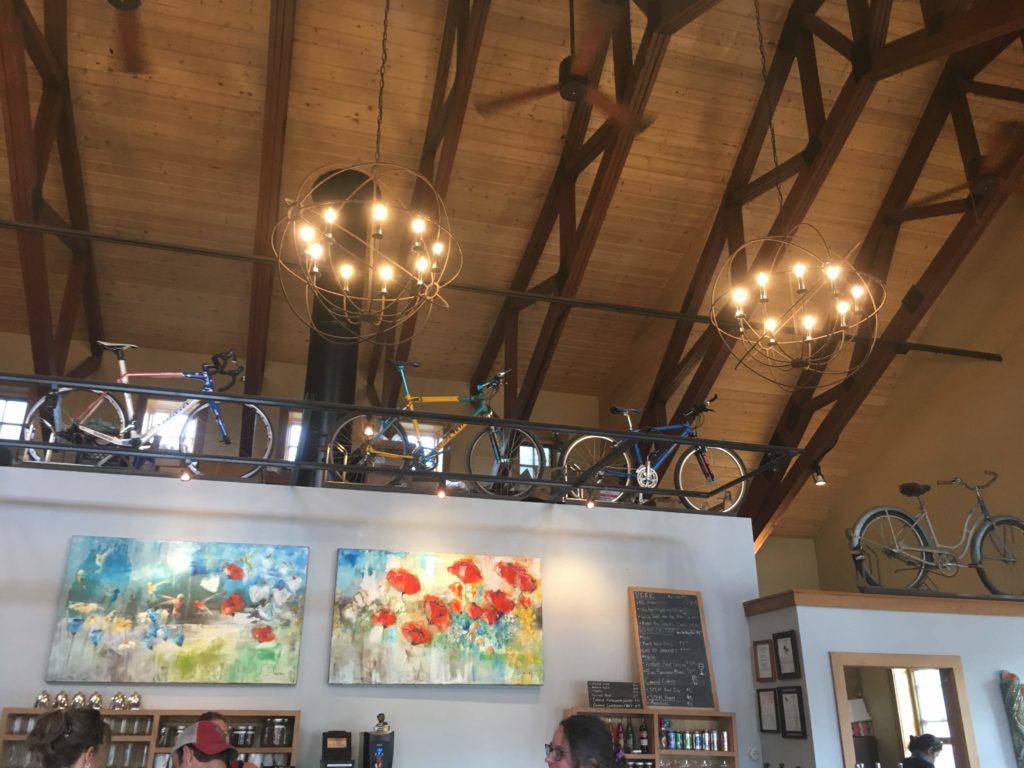 Salto Coffee Works is a jumping spot that offers coffee, light fare and beer and wine, and serves as a community hub that features live music and local art. Join friendly Ned Heads (and their pups) on the patio around the fireplace for a bit of authentic local flavor.

Another must-see is The Train Cars Coffee and Yogurt Company. Composed of three 100-plus-year-old train cars and filled with railroad history, this spot is famous for its delicious homemade donuts.

If beer’s more your thing, Jeffrey and Susan Green’s Very Nice Brewing Company will hit the proverbial spot. They brew, musicians play, you drink and enjoy. It’s all very nice.

For a trip back in time to rock and roll’s glory days, you simply must stop at the (in)famous Pioneer Inn, the “in-town” destination for the stars who were making the music we all know and love at nearby Caribou Ranch Recording Studio. The likes of Elton John, Stevie Nicks, Robert Plant and dozens of other superstars came here to rehearse and carouse “the Rocky Mountain way” at this saloon in the early 70s, and there are plenty of photos on the wall to prove it. 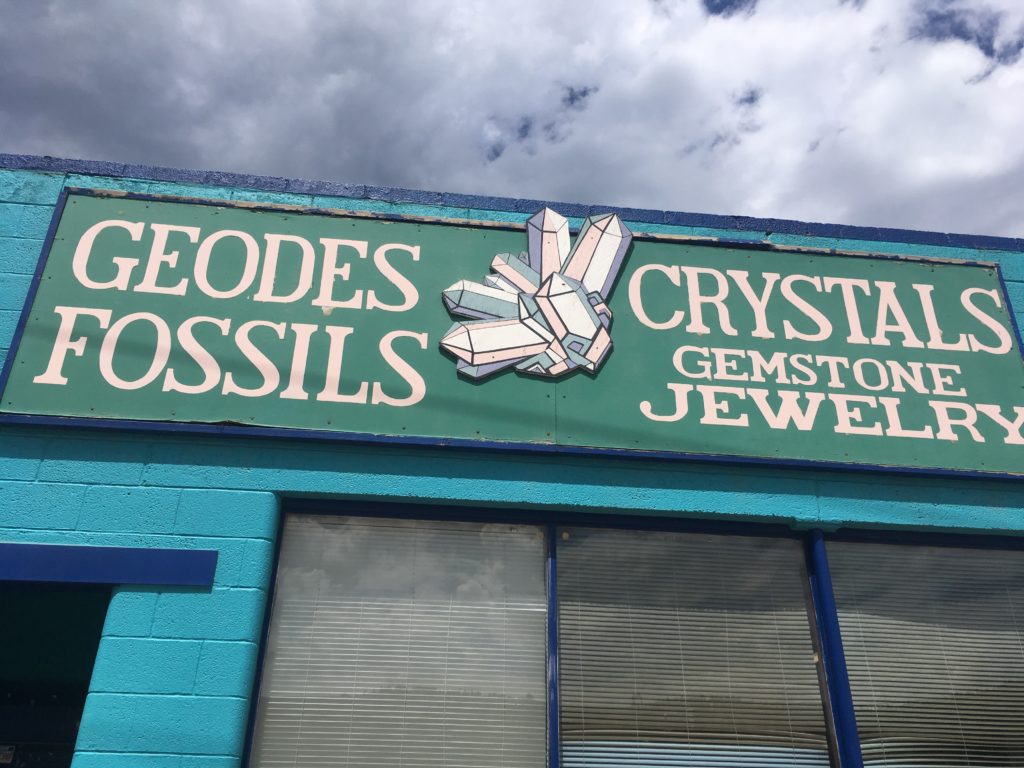 Nature’s Own in Nederland. Photo by Leah Welborn

Of course you’ll want to take some tchotchkes home to remember your trip. Ned’s got you covered there, too. The Rustic Moose offers “moosely gifts and bearly things,” while Nature’s Own Geodes and Fossils has all your crystal and fossil needs covered.

What Else to Enjoy

If you’re visiting on a weekend in June through October, brush up on local history at the spectacular Nederland Mining Museum where admission (and knowledge) are free. 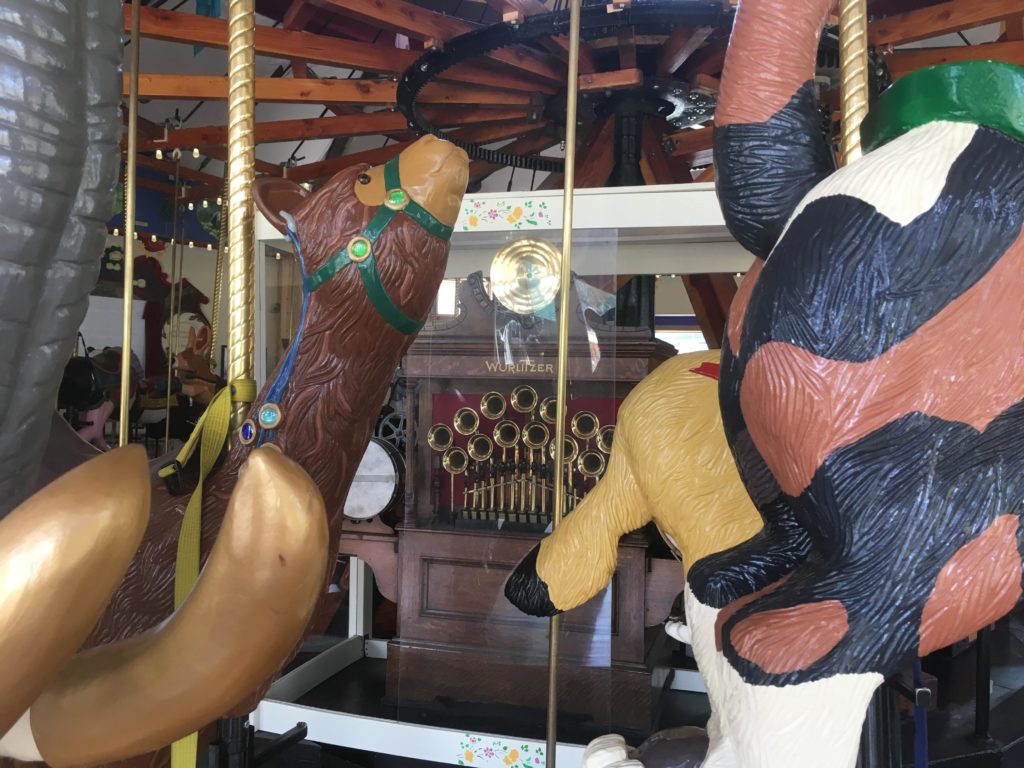 The Carousel of Happiness in Nederland. Photo by Leah Welborn

And last but by no stretch of the imagination least, there’s the wonderful and truly heartwarming Carousel of Happiness. As the website concisely says, “the nonprofit Carousel of Happiness is a magical menagerie featuring 56 whimsical, hand-carved animals on a restored 1910 Looff carousel, turning to the music of a 1913 Wurlitzer band organ.” Conceived, created and maintained by local hero and Vietnam vet Scott Harrison, the carousel opened in 2010 to joyfully celebrate the lives of the young friends he lost in that war.

Now that you know all the wonders that Nederland has to offer, “don’t delay joy,” as Scott Harrison reminds us, head west for a day of lowkey delights.

And don’t forget to tell ‘em that a “Sweet Bird” sent you.