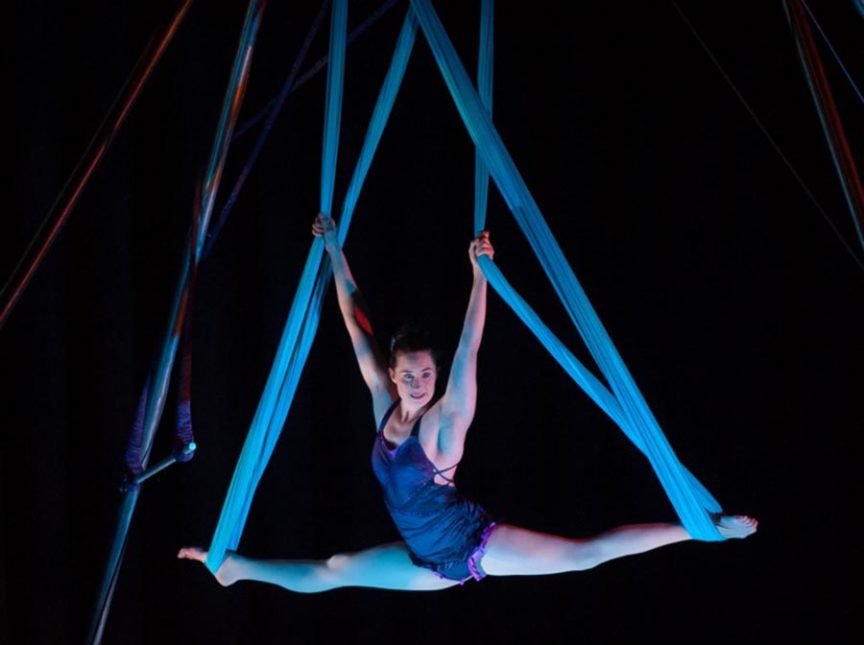 Boulder has a new official holiday. July 29-Aug. 6 is Aerial Dance Week in Boulder, proclaimed by the city of Boulder and the mayor.

This comes in honor of Boulder’s deep roots in the aerial dance world.

In fact, the actual roots of aerial dance as we know it today stem from a University of Colorado dance student named Terry Sendgraff in 1976 ― and they were spread and cultivated by a Boulder-based aerial dance studio and its annual Aerial Dance Festival. 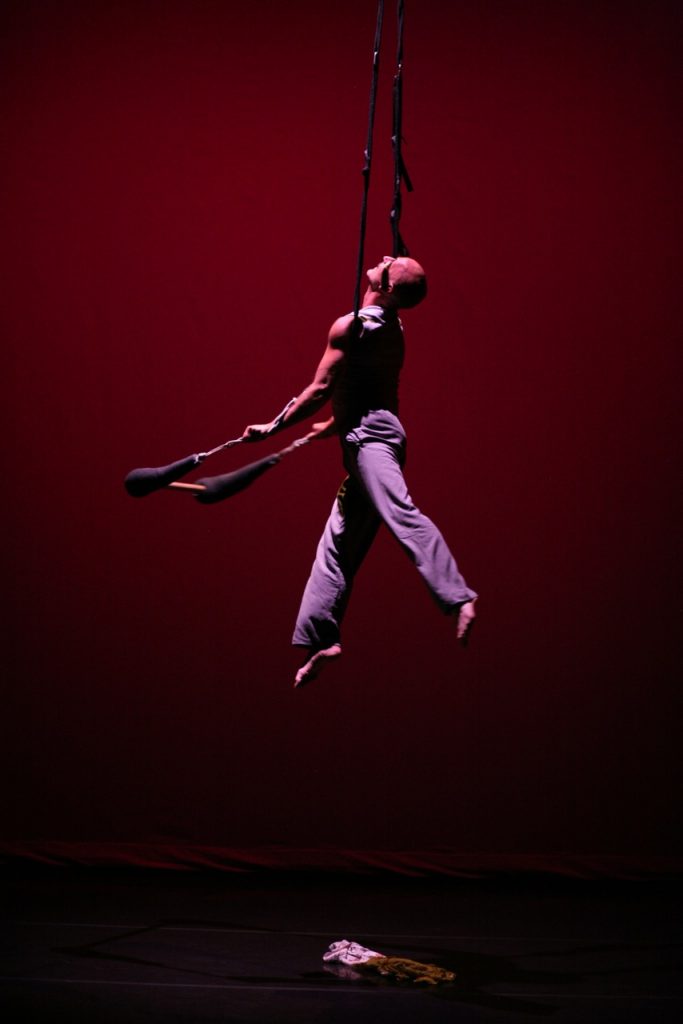 The Frequent Flyers Aerial Dance Festival, one of the world’s most revered annual events of its kind, celebrates its 20th anniversary this year.
Now two decades old, the festival has dedicated several special events to looking back, as well as looking forward for its aging population of dancers who have been flying for so long. Many of the original leaders in aerial dance will be at or honored at this year’s event.

This is a once-in-a-lifetime opportunity to see this many famous influential aerialists in one room. 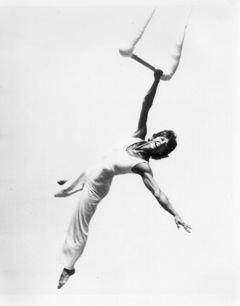 The 2018 festival kicks off with Aerial Dance Week and runs for two weeks. It features thrilling stage performances, intimate shows, discussions, parties and classes, from single-night pop-ins to ultra immersive workshops. It’s all open to the public, whether you’re a total newby, a local, casual aerialist or a professional from across the world. Some classes have prerequisites, but there’s something everyone can experience.

Nancy Smith, founder of Frequent Flyers and the festival, says she once taught an 82-year-old former stuntman.

And one of the special guests, Susan Murphy, is 71. She will be performing and teaching. Murphy began studying low-flying trapeze with the “mother of aerial dance” Sendgraff in 1978.

This year’s festival will also welcome famous aerialist Elsie Smith, who is known for performing with her twin sister, Serenity, in Cirque du Soleil’s “Saltimbanco,” as well as the Ringling Bros. & Barnum and Bailey and the Pickle Family Circus, to name a few highlights. 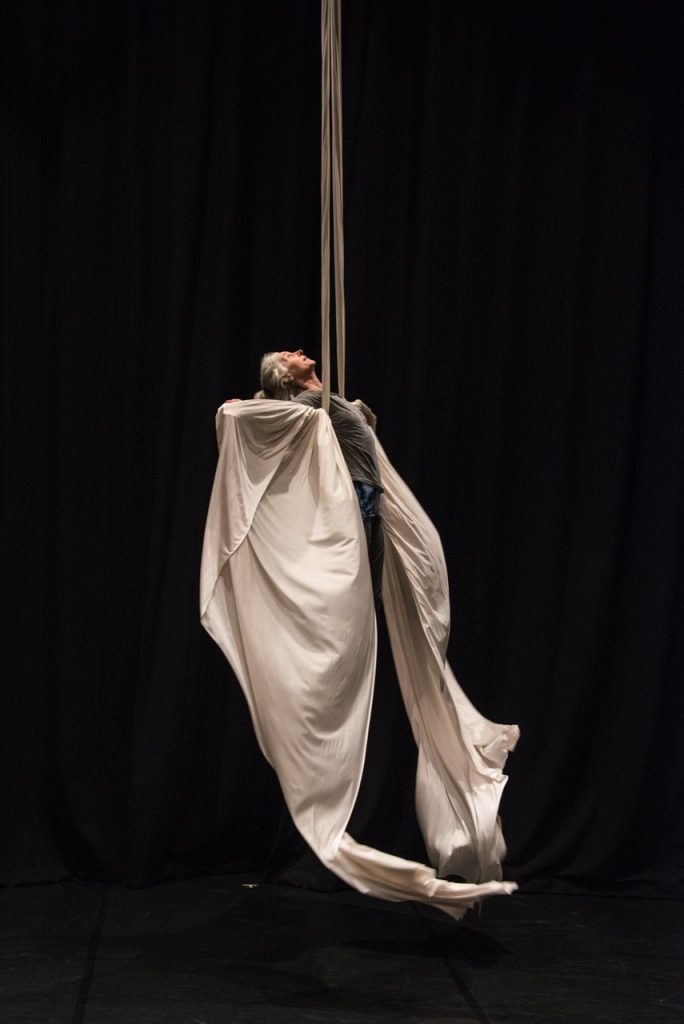 “She started coming early on in the Aerial Dance Festival History,” Nancy Smith says. “We started blending aerial dance and circus arts and started bringing Elsie and her twin sister, Serenity. A lot has happened in the field since we started the festival and cross-pollinated circus and dance.”

Nancy Smith herself is a long-time aerial dance leader; she discovered it in 1986. In fact, she wrote the book (literally) on aerial dance, which is always for sale at the festival. Frequent Flyers, her company and school, is celebrating its 30th year.

Her co-author, Jayne Bernasconi, is credited as the inventor of aerial yoga ― whose roots also wind back to Boulder. Early on, Bernasconi (a former member of the Frequent Flyers company) taught aerial yoga at the Aerial Dance Festival in 2003, and some people who took that class ran with it.
This year’s festival also features two internationally known teachers who have never before been involved with the event: Alex Allan and Molly Graves. 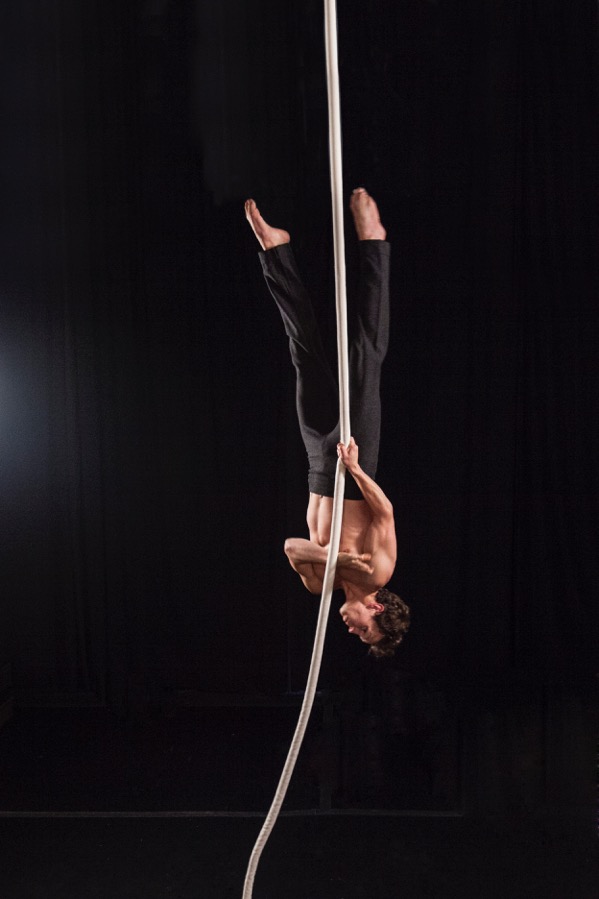 Also new this year, and building off that historical angle, is a discussion Aug. 6 called “Still Drinking from the Cup While Passing it Along.” The topic: How to teach and perform as an older aerialists.

“There’s a lot of dialogue in the community about longevity and what we have to offer, and strategies for staying healthy to continue to do the work,” Nancy Smith says. “It seemed like the right time; the history is old enough that there are many of us still doing it and thinking about this.” 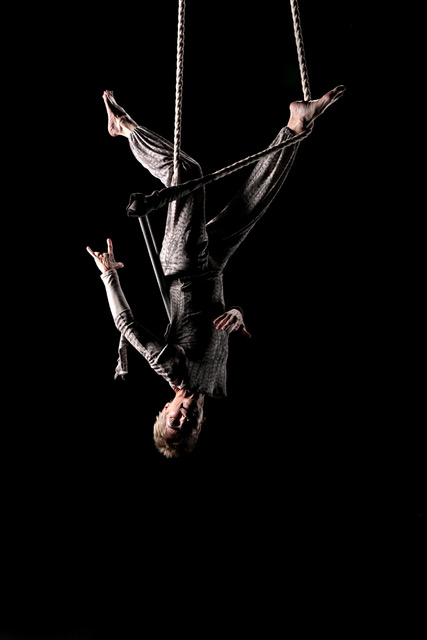 On. Aug. 11, the festival is holding a reception to honor the late Bob Davidson and Sendgraff, who is in her 80s but in California and unable to travel to the festival. Davidson, Nancy Smith’s first aerial dance teacher, died last year. The festival will also feature a short performance reworked from his choreography.

“Frequent Flyers and all of the things we’ve done come directly from Terry [Sendgraff] and Bob,” Nancy Smith says.

Sendgraff attended the very first Aerial Dance Festival. And that’s where she did her last ever performance, Nancy Smith says. 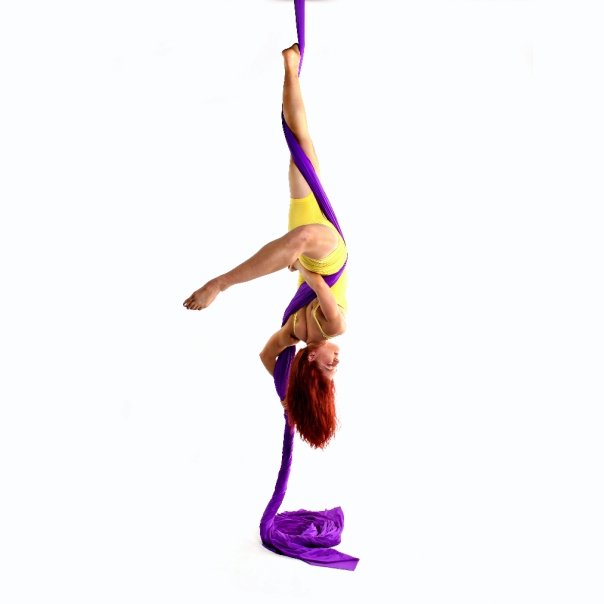 Nancy Smith wrote the forward to Sendgraff’s book, which will be available at the festival. As the story goes, Sendgraff attended CU in the ‘60s and tried high-flying trapeze in Denver at the YMCA. She left to get her master’s in dance in Arizona and had a lightbulb moment: What if she lowered the trapeze bar closer to the floor and attached it to the ceiling to a single point?

“That was the birth of aerial dance,” Nancy Smith says. “Aerial dance came out of dance, not circus; she modified a circus trapeze but it became a dance form immediately.”

Note: One woman on the East Coach technically preceded Sendgraff in exploring aerial dance in the ‘60s, but she didn’t teach her work so she’s not considered the “mother.”

For the Aerial Dance Festival 2018, classes and events are throughout Boulder and prices vary. The reception and discussion are free. Check the website for details and to register. 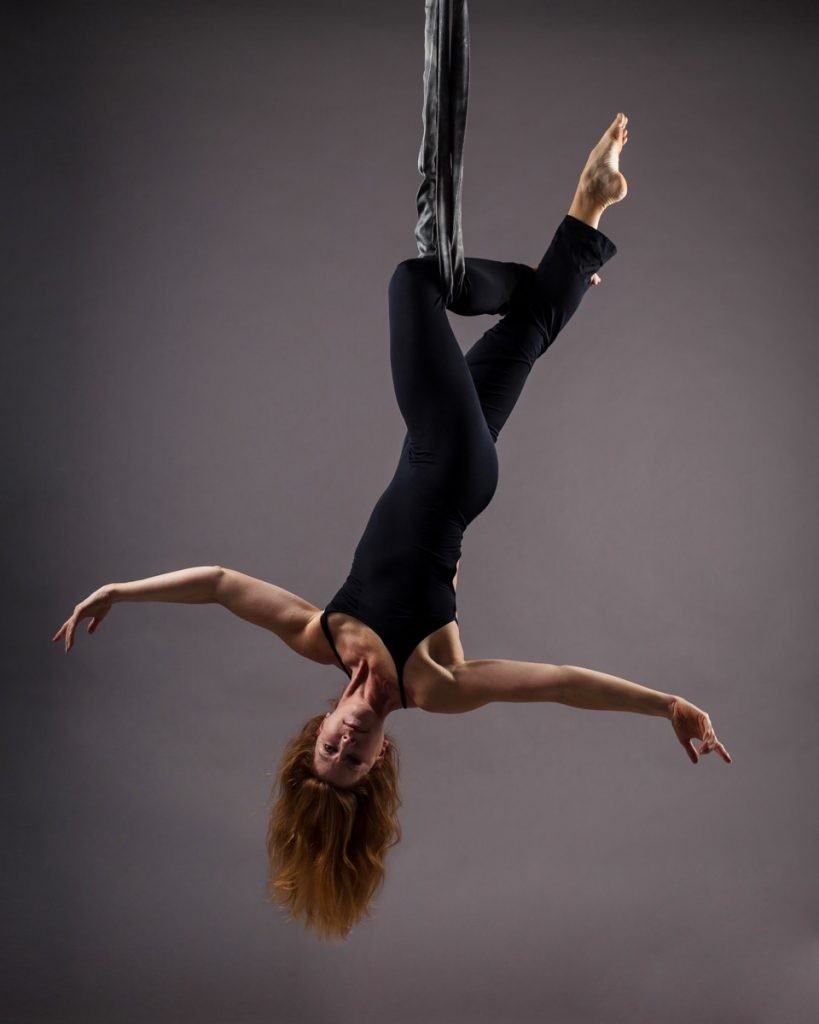