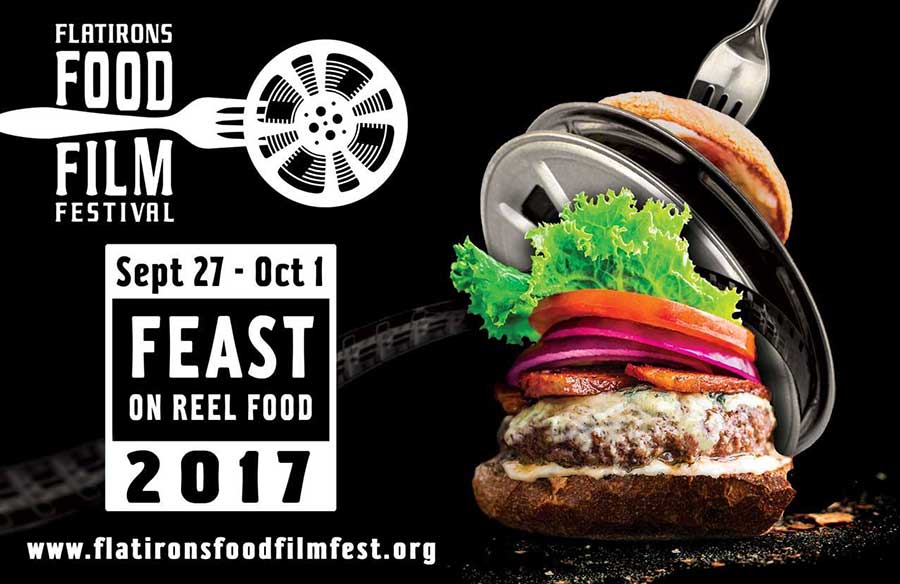 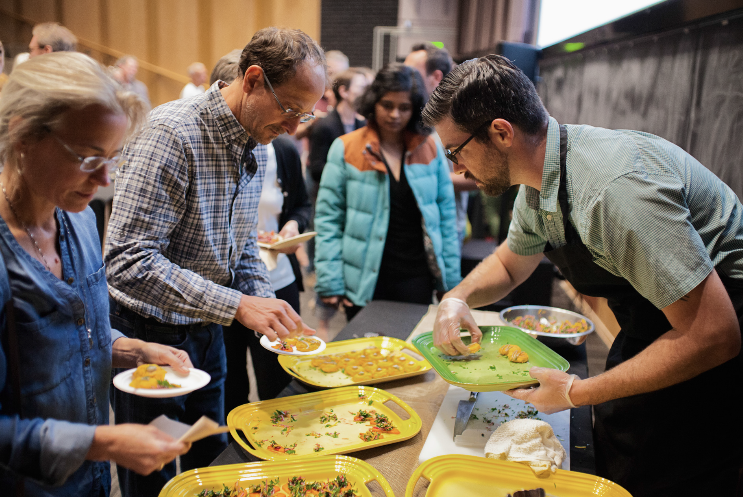 Boulder has been named “America’s Foodiest Town.” And also one of the most creative and artistic cities in the nation.

Put those two together and, logically, you get a film festival that centers around food.

The event showcases all kinds of films — documentaries, shorts, animations, from around the world — all about food. Topics range from political issues to the pleasure of cooking, eating and drinking. It also partners with local restaurants and chefs to cater special events and organizes educational and exciting programs.

This year, Sept. 27-Oct. 1, is expected to be the biggest year yet. The fest expects to attract more than 500 people. One big draw: It’s inexpensive entertainment. Films are $10 general admission or $9 for students and seniors. Make sure you register in advance to reserve a seat.

A highlight this year: the guest speaker, Jeremiah Tower, a chef formerly of Chez Panisse and Stars restaurant. Other speakers include journalist Corie Brown and chef Frank Bonanno of Bonanno Concepts.

Most films will be shown in downtown Boulder, with the heart of the event at the Boulder Public Library’s main branch, right on Boulder Creek.

Films will also screen at the Rayback Collective (Boulder’s popular food truck court and venue), as well as in the Muenzinger Auditorium on the University of Colorado campus. 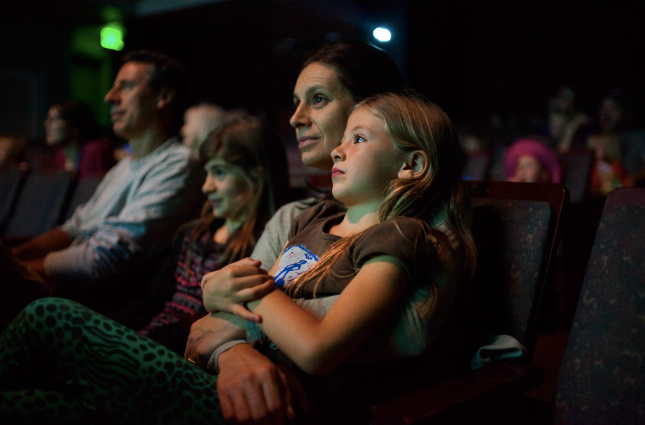 Boulder’s Julia Joun founded the event in 2012, when she was working with another film series. She says she was looking for something that would “bring some sparkle” to a film fest, something with multi-faceted events and highlights, not just movies.

“I brought together my interest in food and film,” she says. “I knew there were some food film fests going on and given Boulder’s really healthy food culture, I said to myself, ‘Why not us?’”

Her goal is to examine many different aspects of food.

“Our mission is not only to entertain people but also educate them about food,” Joun says.

And a part of that is to offer more than just screenings, she says. That’s why she also invites speakers to introduce the films and organizes panels, Q&As and social events related to the film — from wine social hours to kid-friendly demonstrations at the farmers market. 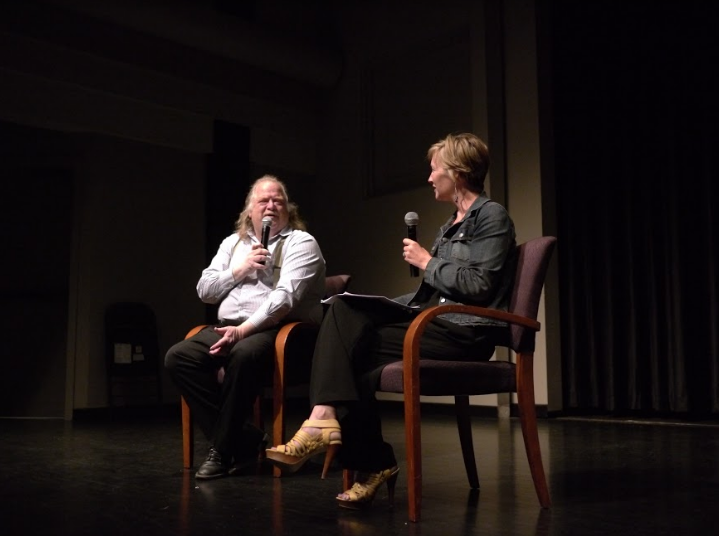 Over the years, the fest has grown; it’s now an independent nonprofit with a board.

Joun says she is constantly scouring different publications and reaching out to distributors, directors and production companies, in search of the best selection of films. She says some immediately stand out, whereas others fit in with the larger picture to help build a balanced experience.

This year’s fest will show eight feature-length films, a film series about Colorado and one short.

Earlier this year, the festival organized a farm dinner benefit at the Black Cat Farm in Longmont, where participants could tour the farm and enjoy the food right where it was grown and raised. The event included a presentation by author Deborah Madison, who is a James Beard Award-winning writer of vegetarian cookbooks.

One hidden gem that Joun recommends checking out is the fermented foods program.

The program centers around Mara King, who visited China with her mom and learned about the fermented food traditions of the country.

“The short film is very personal,” Joun says. “She’s there with her mom, they are warm people, there’s connecting and learning.”

King will be at the screening, too, doing an introduction and a demo and tasting afterward.

“She’s bringing some things that are very Chinese that people might find kind of different to sniff and look at,” Joun says. 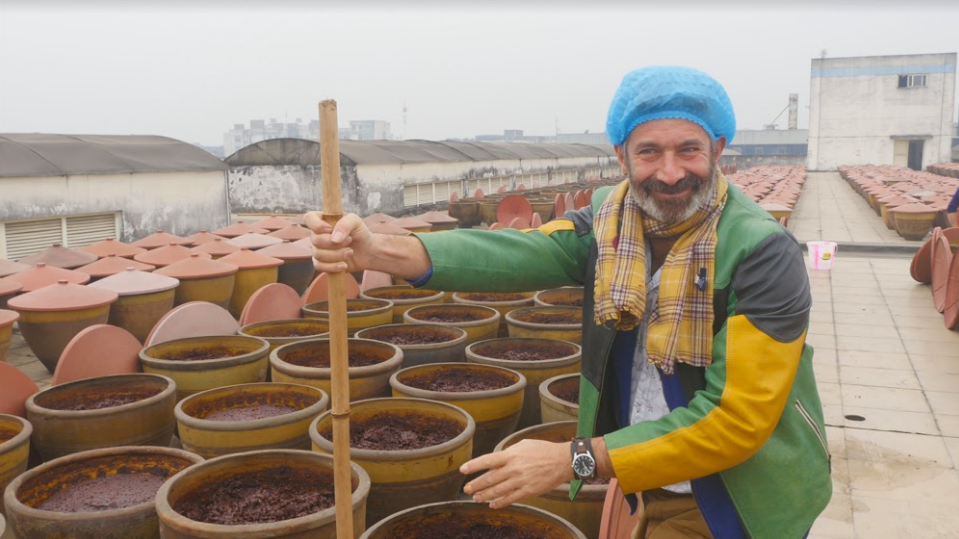 “Journey” is a film that will be shown at the 2017 Flatirons Food Film Festival. Courtesy photo

Some of the films spotlighted at the Flatirons Food Film Fest this year include (descriptions provided by the festival):

A drama with Stanley Tucci and Tony Shalhoub, as two Italian brothers who own a failing restaurant attempt to save it during one big night. Chef Frank Bonanno of Bonanno Concepts will introduce the film.

A Taiwanese dramedy about a master chef who lives with his three unmarried adult daughters in a house in Taipei. One of director Ang Lee’s first films.

A documentary about trailblazer James Beard and how he transformed America’s food culture.

A documentary about chef Jeremiah Tower, who put Chez Panisse on the culinary map, started the celebrity chef trend at the seminal Stars restaurant in San Francisco and was a major early proponent of sourcing food directly from farms. Chef Jeremiah Tower will introduce the film and take part in an interview and Q&A.

“Look and See: A Portrait of Wendell Berry”

A documentary about noted writer, environmentalist and farmer Wendell Berry and his thoughts about mechanized agriculture. A trailblazing advocate of organic farming, Berry once participated in a televised debate with former Secretary of Agriculture Earl Butz during the Nixon administration.

“‘Look and See’ is about a renowned poet, writer and Kentucky farmer who is an icon to both environmentalists, ecologists and organic food farmers,” Joun says.

An animated comedy about a rat that wants to be a chef and allies himself with a kitchen worker at a famous Parisian restaurant. Preceded by a children’s cooking demo at the Boulder Farmers Market by a local chef.

A documentary about a conman who made millions of dollars by fraudulently selling cheap wine as fine and rare wine through wine auctions. Film participant Corie Brown, formerly of the LA Times and Zester Daily, will introduce the film.

A drama about a single mother in Japan who is passionate about food and expresses her love for her loved ones through the Taiwanese food that she cooks for them.

Joun calls this “a tender Japanese drama about a daughter remembering her passionate cook mother, who expressed her love for her family and friends through the Taiwanese food she made for them.”