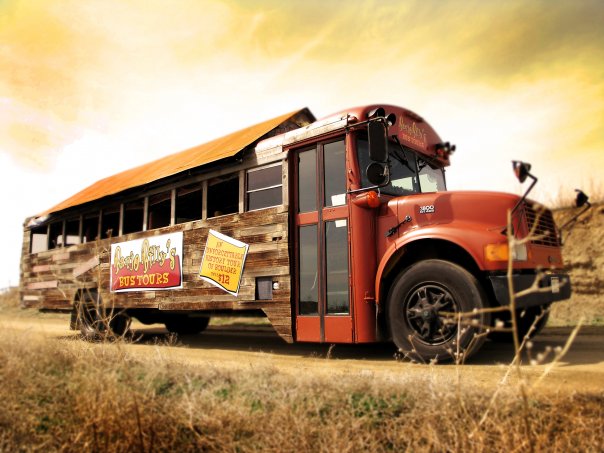 If you spend any time at all in Boulder, eventually you’re going to see the Banjo Billy’s bus. Cruising around town like a big, old barn on wheels, you can’t miss it. From the history of Boulder (or Denver) to which breweries are best, the bus is a surefire way to see a side of the town that you might not notice wandering around on your own.

But it’s October now and the tours take on a very different tone this time of year. For the last 13 years, Banjo Billy’s has done the most comprehensive tour of Boulder’s invisible history: of the ghosts and ghouls around town.

For a town that was settled more than 150 years ago, in the Old West no less, you’d imagine there are a few sordid tales and creepy stories to relate. One of them is even situated in historic Boulder Theater. There’s a reason, after all, that the attached bar is called The Ghost. You can ask about the theater’s old friend George if you stop in for a drink. Or perhaps you’ve been up to University Hill and seen the old Castle House. If you’ve seen it, surely you’ve already imagined it’s haunted. Some say it is.

Just as important as the history is the fact that it’s the Halloween season. And that’s just not fun if you can’t get creeped out a few times. For 90 minutes on the bus, you’ll get to learn about the real-life spooks and hauntings that people around Boulder still witness.

According the Glenn Locke, the owner of the tour, the tour has added a number of details over the years that were brought up by longtime residents of Boulder, not to mention employees and residents of the stops on the tour. In fact, some of the stories are eerie enough that they don’t recommend bringing small kids on the tour; that’s up to you, of course.

In a town with this much history, there are probably more of these stories than you’d expect. A number of buildings and locales have been thought to be ghost-infested over the decades.

Banjo Billy’s leaves from the Hotel Boulderado, and there are even a couple of rooms (especially room 304) there that have been rumored to have supernatural residents. It’s worthy of investigation to make sure you don’t have a few ethereal freeloaders sharing your room. Even the tour bus itself is rumored to house the ghost of a Boy Scout leader who died in 1970. Maybe he’ll show up on your tour.

Most of Halloween happens at night, but there’s no reason to leave the fun until then. Between lunch and dinner hours, Banjo Billy’s runs multiple tours, each of which can take 25 guests total. Bringing your own water is recommended, but unless you’ve arranged a private tour, other food and drink is not permitted. Get comfortable, though, because on the hour-and-a-half tour, there are nine stops, which means nine scary stories to keep in mind when you’re walking back in the dark after dinner.

Or come back for the bus’s brewery tour for a pumpkin beer to calm your nerves — as Glenn says, “If the ghosts haven’t taken you first.”

Visit banjobilly.com/buy-tickets to reserve a spot.

Other: You can book private tours, too.