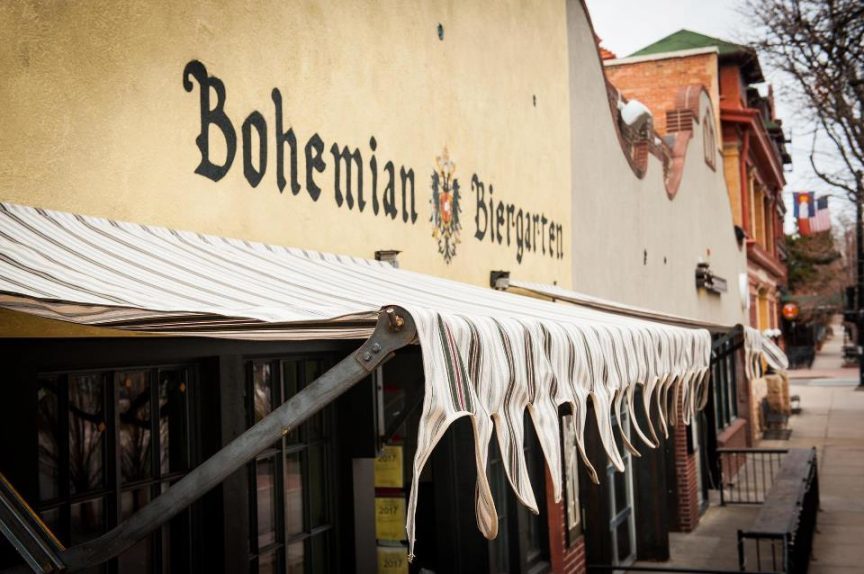 The front of the Bohemian Biergarten. Courtesy photo
Share
TweetSubscribe

Fun facts about the Bohemian Biergarten

This is not your ordinary Boulder bar.

Step inside the Bohemian Biergarten, 2017 13th St., just off the Pearl Street Mall, and you’ll feel like you have time-traveled to Europe 100 years ago.

It’s this unique, old-world charm, paired with authentic European food, hard-to-find, imported beers and entertainment every night, that makes this one of Boulder’s most hoppin’ places to go out — whether you are visiting Boulder or you live here.

The Bohemian Biergarten is the real deal. Zdenek Srom, of the Czech Republic, opened this bar four years ago, after he helped build the restaurant and bar, Shine, next door. Srom says he was originally drawn to Colorado from Europe for the skiing. Once settled here, he says he dreamed of opening an authentic Biergarten to share with Boulder the culture he grew up on.

“It was a crazy idea that I had, and it worked,” he says.

Although the name is German, the bar is more accurately Central European, blending German influences with Czech. You’ll see this in the food and drink menu: pierogis, schnitzel, oversized, housemade pretzels, goulash. The latter is what Srom immediately recommends if you ask his favorite menu item. Wash down the goulash with apple strudel for dessert. 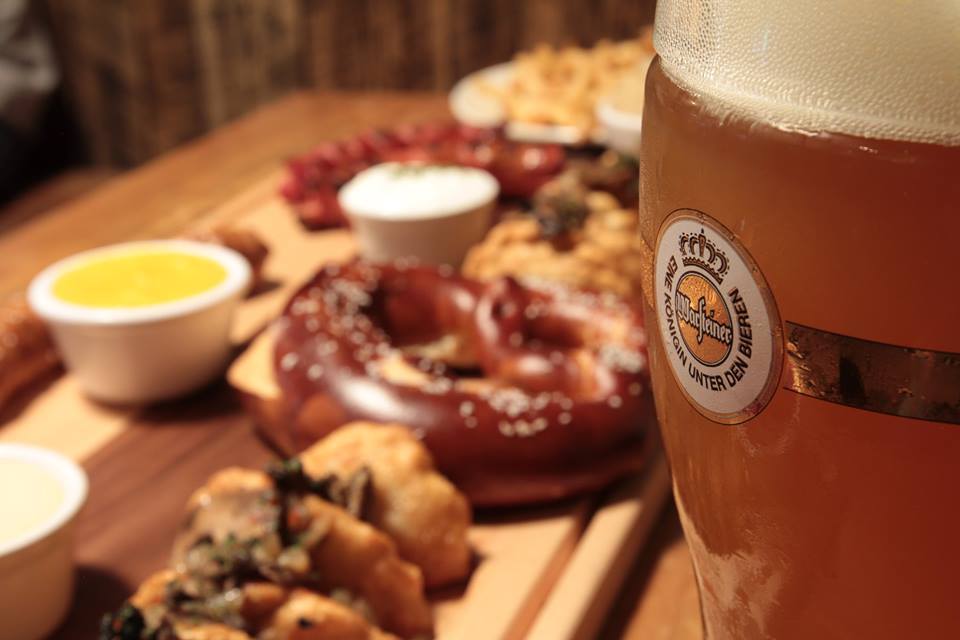 Food and drink at the Bohemian Biergarten. Courtesy photo

The chef here is actually from Germany, and he used to be the private chef for Hugh Hefner at the Playboy Mansion in Florida.

Pair your European fare with beers you can’t find just anywhere in the States.

“We have some of the best beer in the world, from Europe,” Srom says.

Fun fact: This is where you can get the original Budweiser. As Srom explains, the Budweiser we know in the United States is actually the second beer to claim that name; the original was made in a government-run brewery in the Czech Republic. This brewery, the Budweiser Budvar Brewery, has been in an ongoing legal battle with Anheuser-Busch’s brand of Budweiser since 1907.

The Czech beer is marketed as Czechvar in the United States, but anywhere else in the world, you’ll see it labeled Budweiser Budvar, its real name.

“We actually have the original Budweiser, which is very unique, on draft,” Srom says.

The atmosphere at the Bohemian Biergarten is different and distinctly European, too, with long tables and community-style seating throughout. 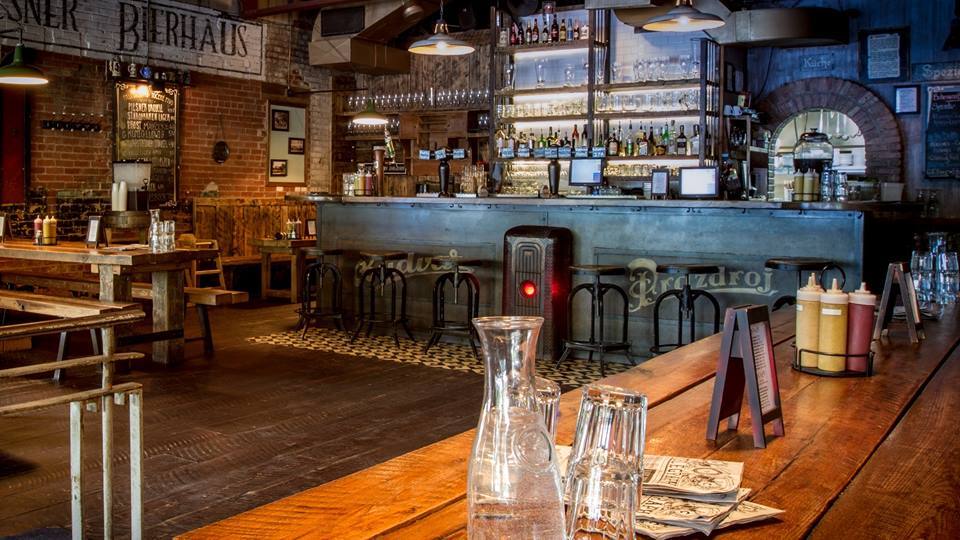 The interior of the Bohemian Biergarten. Courtesy photo

The Biergarten is a good match for Boulder for a few reasons, according to Srom. First, many Boulderites are highly traveled and have visited Prague, which is today one of the most popular tourist destinations in Europe. They enjoy revisiting the region’s food and drink and reliving the atmosphere, without having to get on a plane, he says.

Second, he says, for the past 20 years, the Czech Republic has ranked as having the most beer-drinkers per capita of any country in the world.

“Everyone who comes to Czech drinks beers. We are a beer culture, and the beer culture has become really popular in the U.S., and Boulder is a mecca for beer-drinkers and lots of microbreweries,” Srom says.

While U.S. and local breweries make great beer and the Biergarten even carries some, he says they don’t make a “real pilsner.” A true pilsner takes time (it’s aged for 90 days) and a lot more effort than is viable to produce quickly and in mass, he says.

Taste it for yourself at the Bohemian Biergarten. The world’s first ever, original golden pilsner from the Czech Republic, Pilsner Urquell, is shipped in and served here. And half of the year — during the winter season — the Bohemian Biergarten claims to sell the biggest volume of Pilsner Urquell of anywhere else in the United States. (In the summertime, that title goes to a large, outdoor, seasonal Biergarten in New York City, Srom says.)

The Bohemian Biergarten is also well known for its entertainment. In fact, Wednesday karaoke nights are arguably the most popular place to be in town; there’s always a line out the door, and you probably won’t get in unless you’re early. And Sunday’s stand-up comedy nights draw in big-name acts from around the country, stars who have appeared on HBO and Comedy Central.

Other days of the week have special events, too. Tuesdays are trivia, plus a quirky happy hour special called Das Boot that involves a boot-shaped liter glass filled with beer for $8. Thursday, Friday and Saturday brings live music. 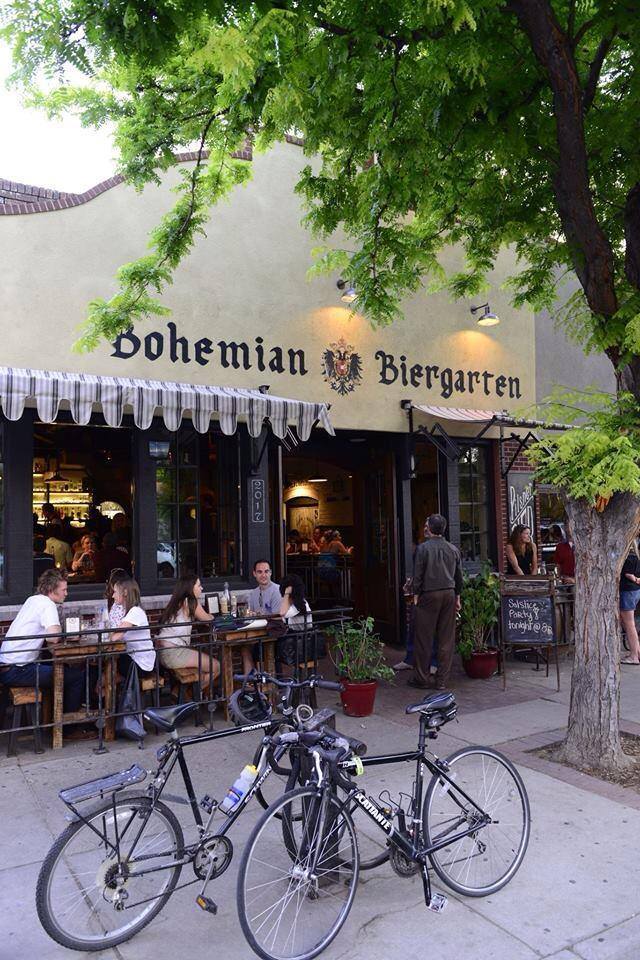 The Bohemian Biergarten has a small outdoor patio. Courtesy photo