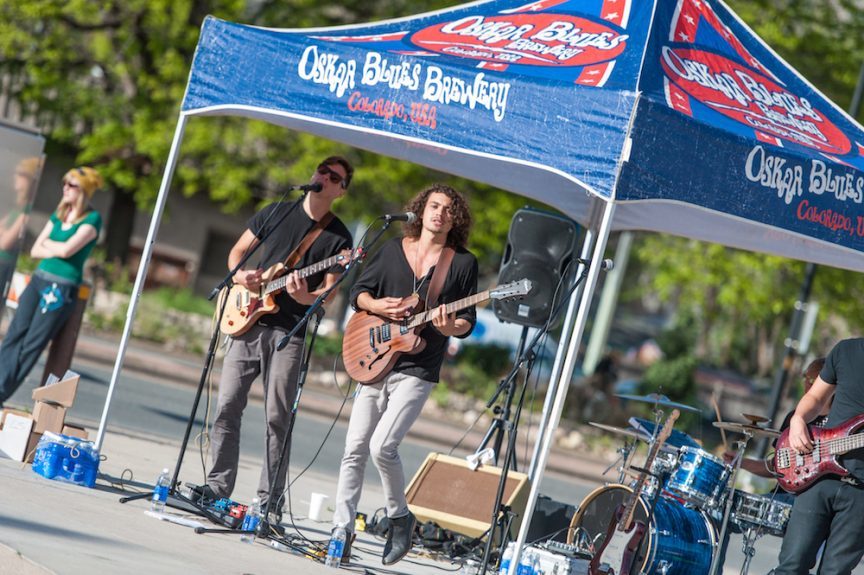 If Ron Bostwick has one piece of advice about the Bolder Boulder, it’s this: Run slowly.

The Bolder Boulder, every Memorial Day in downtown Boulder, is one of the city’s most famous events, founded in 1979. It’s a 10K race that attracts 50,000 runners and 100,000 spectators. But it’s so much more than just a running course.

That’s why Bostwick recommends taking your time. The 6.2-mile course through Boulder is really one big festival, featuring about 35 different entertainers strategically stationed along the way. That turns out to be about five acts per mile, although some are closer together than others, due to available space. You’ll see 17 live musicians and bands, as well as an Elvis impersonator, belly dancers, live painters, a marching band, bagpipers — the list goes on.

“Try to imagine that you have bought a ticket to a festival that has 35 different acts,” says Bostwick, the former entertainment coordinator for the event and this year’s start line announcer.

Some spectators find a shady spot to sit and watch the runners, joggers and walkers go by; they’re entertainment, too, in an of themselves. Many show up in crazy costumes. Gorillas, bananas, tutus. Expect lots of tutus.

Others begin near the starting line and zig-zag and wander their own way along the course, taking time to check out the shows along the way. It’s totally free, even for some performers you normally have to pay to watch.

It’s entertainment for the runners, too.

Bostwick says he has tried to make the entertainment serve multiple purposes. For the competitive runners going for the best time, he says he hopes the entertainment injects energy into the air to potentially motivate them to get their best time. For the other participants, he says he hopes it gives them something to look forward to and enjoy while doing the course — maybe provide them an extra umph, too.

“I’ve heard plenty of stories over the years of people who do the course and stop many times to enjoy the entertainment,” he says.

Some bands even bring extra instruments, like a tambourine, for runners to stop and join in, if they need a party break.

“For 10 years, here’s what I’ve always said to the new acts on the course playing for the first time: Your entire audience completely changes over every 90 seconds,” Bostwick says.

The performers are a combination of regular performers who come back every year and new ones. With a new entertainment coordinator this year, Chris K. (that’s his full name), you can expect some new sounds. Chris K. is a producer and host of the statewide radio show, The Colorado Playlist, so he is an expert on all things Colorado and music.

This year, he’s bringing in a few of his favorites, including some from outside of Boulder, such as the William Bros. Band from Grand Junction; Pint and a Half from Salida; and Front Range “party band,” Kerry Pastine and the Crime Scene. 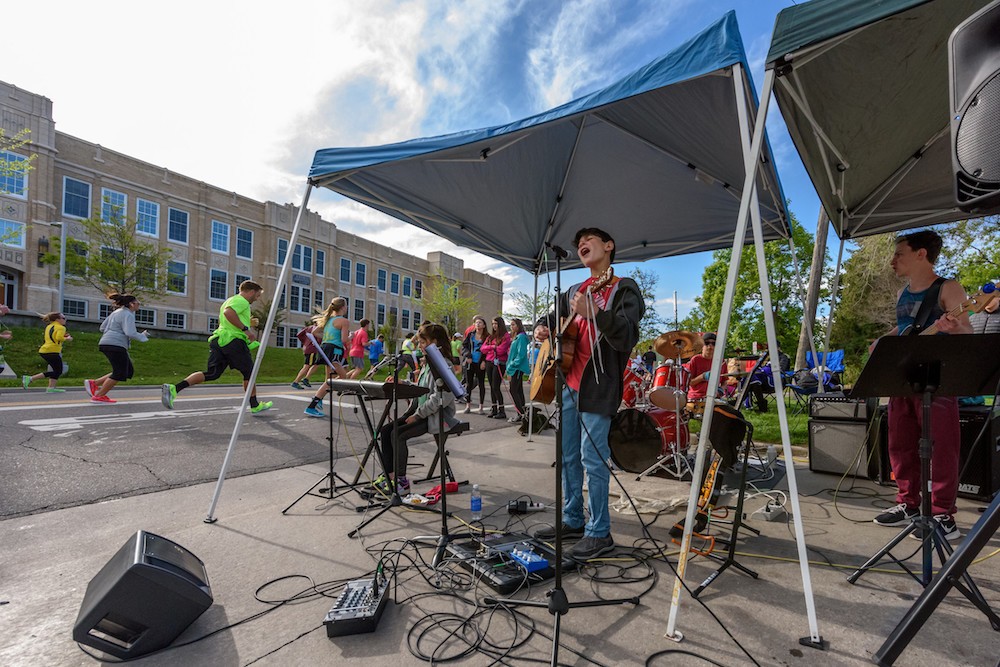 Highlights Along the Way

While there’s currently no official map of the entertainment, the performers are spaced in open spots, whether on private or public property, as to not interfere with each other’s sound. A handful of unofficial (i.e. unpaid) performers also always pop up along the path.

Here are a few of the things to look for this year:

Starting line: Musician Dave McLoughlin always plays the “call to the post” song on his trumpet. He will blow this tune more than 90 times on Memorial Day. As you start running, the first act you will see is The Blues Bros., at Pollard Motors, 30th and Pearl streets.

Import Coachworks: Near 30th and Mapleton, look for Pint and a Half, a new band this year. Not far after, at the Diamond Shamrock, you’ll catch the William’s Bros. Band, also new this year.

7-Eleven (Folsom and Valmont): This is where the Elvis impersonator kicks it.

Salberg Park South (mile three): Near 19th and Elder streets, look for Ms. Tu-tu, a group of enthusiastic dancers who have performed at every Bolder Boulder since it started. In this area, you can also find belly dancers and Zumba dancers.

Peerless Tire, near Pearl and 20th: High school and junior high bands get to play here, as a chance for young musicians to perform for a large crowd.

Vacant Sinclair station (Folsom and Canyon): Get cheered on by the Clif Bar Cheer Squad as you gear up for the final stretch.

The last turn: The Boulder High School prep band will bring you home.

Across from Folsom Field: The Oskar Blues stage will feature the winner of the local Battle of the Bands contest, the Red Petals Band. In this parking lot, you will also find the expo with more than 80 booths and vendors.

More About the Bolder Boulder

The Bolder Boulder is on Memorial Day every year. It’s the third-largest road race in the United States and the seventh biggest in the world. It’s also considered one of the most highly acclaimed races. Participants span Olympians to elderly people to children and everyone in between.

Visit bolderboulder.com for a map and more info. You can also watch it live on KMGH TV Channel 7.