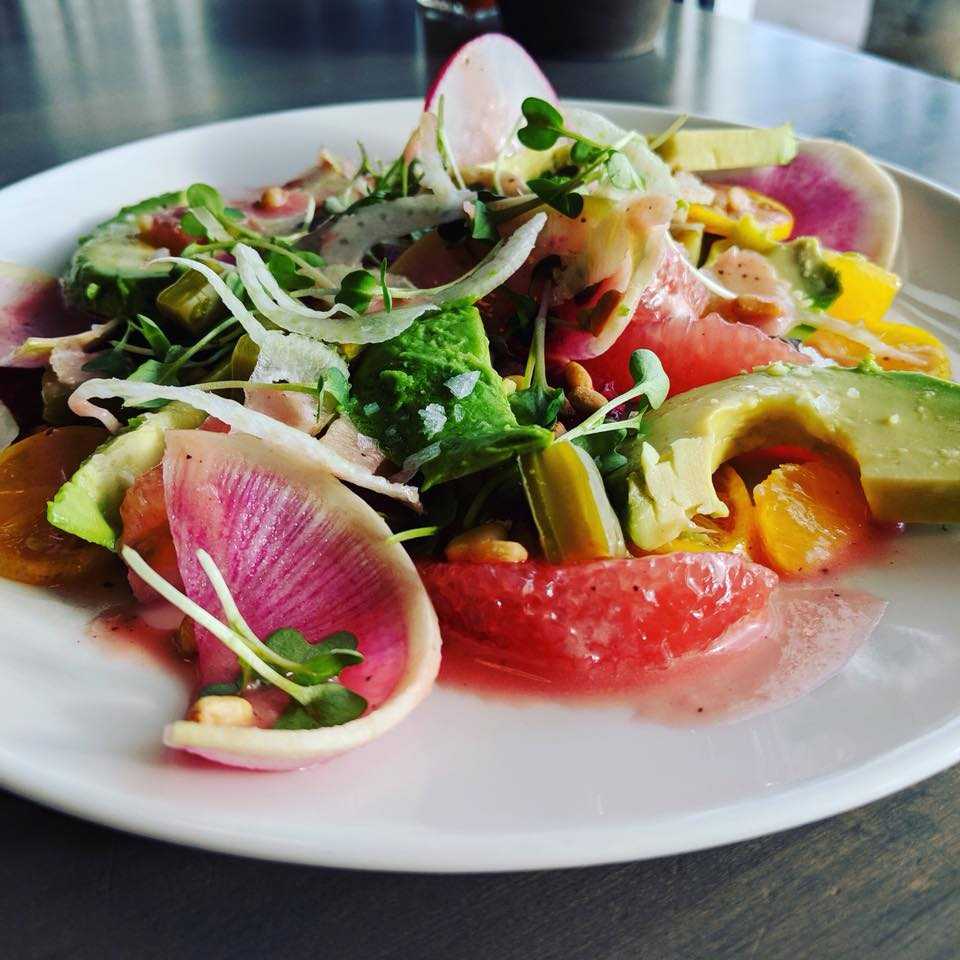 Boulder is never stagnant. The people are always on the go, so it’s only fitting to always have new restaurants to fuel all that action.

Boulder’s restaurant scene seems to be booming right now. Here’s a look at some of Boulder’s new restaurants. All of these have opened within the past six or so months.

For even more new restaurants, check out Boulder’s Best New Restaurants to Try in 2018. 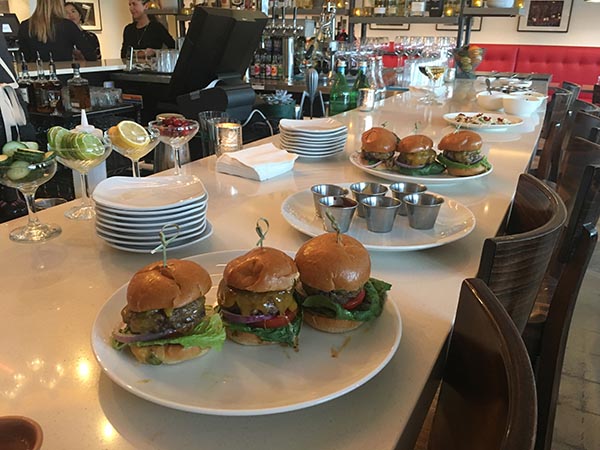 Even before it opened, Santo was one of Boulder’s most hyped-up restaurants, largely because it’s run by celebrity chef Hosea Rosenberg. He already owns one successful restaurant in town, Blackbelly, so locals had high hopes for his new New Mexican eatery.

The restaurant itself is modern yet rustic, decorated by custom, hand-carved sculptures of saints (including the patron saint of cooking and kitchens).

Rosenberg earned fame when he won Bravo TV’s “Top Chef” season five in 2009. He went on to be named the Best Chef of the Denver International Wine Festival and serve as a guest chef at the James Beard House in New York City. He has trained with chefs like Wolfgang Puck and Kevin Taylor. 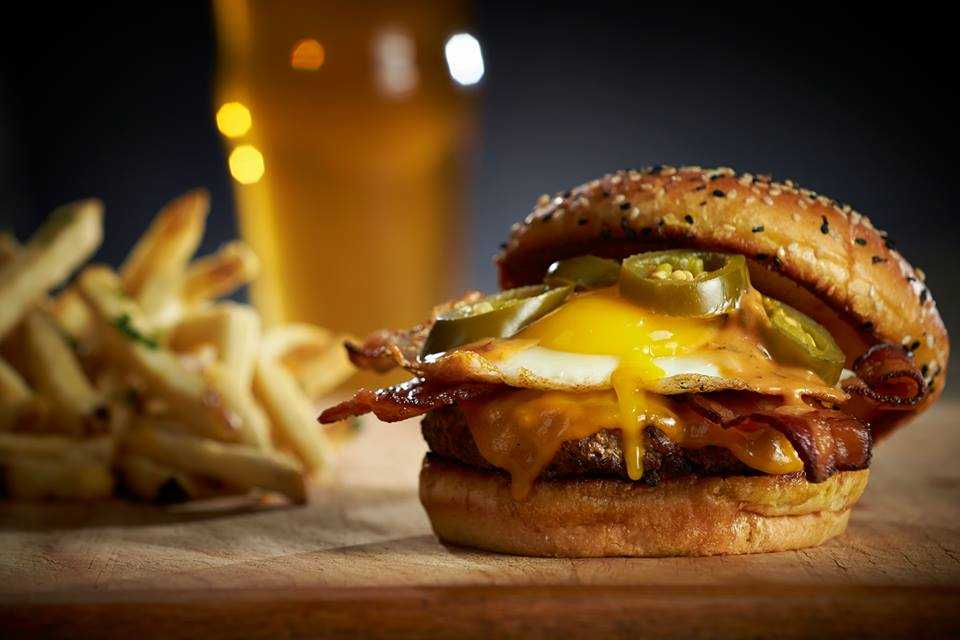 Eureka is the newest burger (and more) joint on the Pearl Street Mall’s West End, just past the walking mall.

It relies on locally sourced ingredients, although Eureka is a national restaurant group with branches in California, Texas, Idaho, Nevada and Washington. Boulder is Colorado’s first Eureka.

If you’re not into burgers but craving a splurge, Eureka has Mac N’ Cheese Balls with beer cheese sauce and Fresno chiles and Lollipop Corn Dogs; Boulder has never looked so naughty.

The restaurant has a hip, casual, industrial vibe, with fun weekly events, occasional live music, a solid “Hoppy” Hour ($1 off permanent beers) and sports on TV.

Wash down your burger with craft beer or small-batch whiskey.

bartaco opened in July in downtown on West Pearl and quickly earned quite the local following, even though it’s not pure Colorado. bartaco has locations throughout the country, from New York to Florida. (But interestingly, not in Cali, despite the restaurant’s SoCal inspiration.)

bartaco serves tacos, rice bowls and more, with flavors taken from Brazil, Uruguay and Southern California. Obviously, the tacos are the star, here. You can also tip back specialty cocktails with fresh-squeezed juices and beer.

The vibe: as relaxed as you’d expect for an upscale street food spot; hip and stylish; relaxed and coastal.

We spoke with general manager Michael Gleason to learn more about bartaco. Here’s what he had to share.

Why do people love your tacos?

People love our tacos because they are simple yet so full of flavor. Our tacos, and our menu in general, have wide appeal. We have traditional tacos like our pork belly and chicken, as well as more adventurous bites like our falafel taco, which is topped with a Greek-style tzatziki. If you’re looking for a fun family night out, we have a great kids menu. Or if you’re hoping for lots of gluten-free options, bartaco is the place.

Do you have any unique types on your menu?

With our concept being inspired by cultures from across the globe, we have bold flavors on our menu so each time you visit, you can try something new. Our duck taco is a crowd favorite—topped with a tamarind glaze. Our tuna tatako is a light option, garnished with an Asian slaw. We have veggie options too, including our portobello and cauliflower tacos.

And a unique aspect of our taco offerings is that any of our tacos can be ordered on Bibb lettuce — for those who just want to add a little extra crunch to brighten up their taco.

What about the atmosphere? How would you describe it?

The atmosphere at bartaco is inspired by the travels of co-founder Sasa Mahr-Batuz — combining a healthy outdoor lifestyle with fresh upscale street food in a relaxed environment. We want customers to think of bartaco as their getaway, even just for a few hours — a place where they can unplug and have some fun.

Any great specials worth noting?

One special dish that we offer actually isn’t listed on our menu. It’s our #bartacosecret. This menu item is one that we switch up every couple of months, revealed on social via #bartacosecret posts. Come in and ask your server about the current #bartacosecret and stay in-the-know via @bartacolife online.

This isn’t a restaurant, but if you need to dance off your dinner, The Pop Up is the place. This is Boulder’s newest nightclub.

This local brew isn’t new, but its downtown location is. It serves brunch, lunch and dinner, as well as 10 small-batch beers on tap. Catch live music and special events. There are even gluten-free options, plus wine, for those of you who want to sin and order a not-beer in a brewery.

It was only a matter of time before Oskar Blues opened a Boulder branch. Its Longmont and Lyons locations are always packed. Find food, live music on the weekends and, of course, Oskar Blues beer.

If you like Cajun food, this cafe is for you. Beignets, crawfish etoufee, jambalaya, oh yes. Round it out with a Marie Laveau cocktail.

This restaurant has been long anticipated. Bryan Dayton, co-owner and beverage director of Oak at Fourteenth, is gearing up for a rooftop-level restaurant on West Pearl Street. Expect full views of the mountains and Spanish-inspired food (seafood and steak).

The latest news put the opening date in March.

Corrida was named one of Vogue’s Most Anticipated Restaurant Openings of 2018, and we can’t wait either.

Not quite on the Vogue list, but Uni Hill is expecting a new kind of Taco Bell, one that skips the drive-through and has the potential to offer beer. Taco Bell has said it plans on opening 300 “Cantina” locations across the country in the next five years.