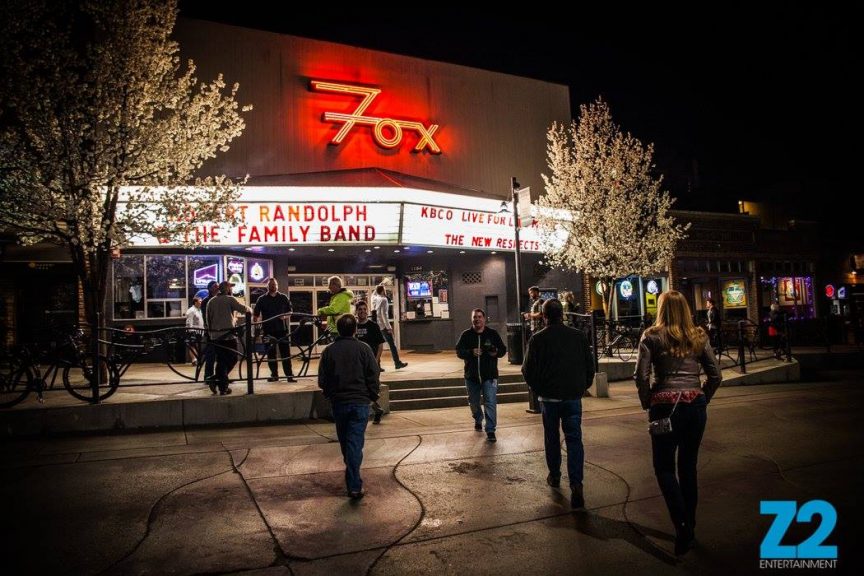 Summer in Boulder is for music, and the summer of 2019 is really bringing out the big guitars. This year, you can see everyone from Norah Jones to Tenacious D, the String Cheese Incident for days (literally, the band has a multi-day gig) and unique shows, like OneRepublic playing with the local Colorado Symphony Orchestra.

You’ll have plenty of chances to catch local talent, too, like Boulder County a cappella band Face, and big bands like Big Head Todd and the Monsters, which has Boulder roots. 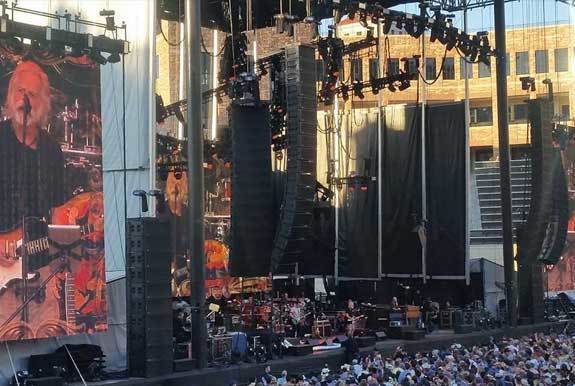 Dead and Company at Folsom Field

A highlight every year is the Dead & Co. show at Folsom Field. This year, the band plays July 5-6 for two nights in a row, and packed around these shows you’ll also find pre-parties and after-parties at various music venues.

Of course, not all notable performances are flashy and you can find impressive shows at small venues across town, from coffee shops to breweries and bars.

But when looking at the bigger venues in and around town — Red Rocks, the Fox Theatre, the Boulder Theater and the Chautauqua Auditorium — here’s a quick glance at some of the highlights you don’t want to miss this summer. 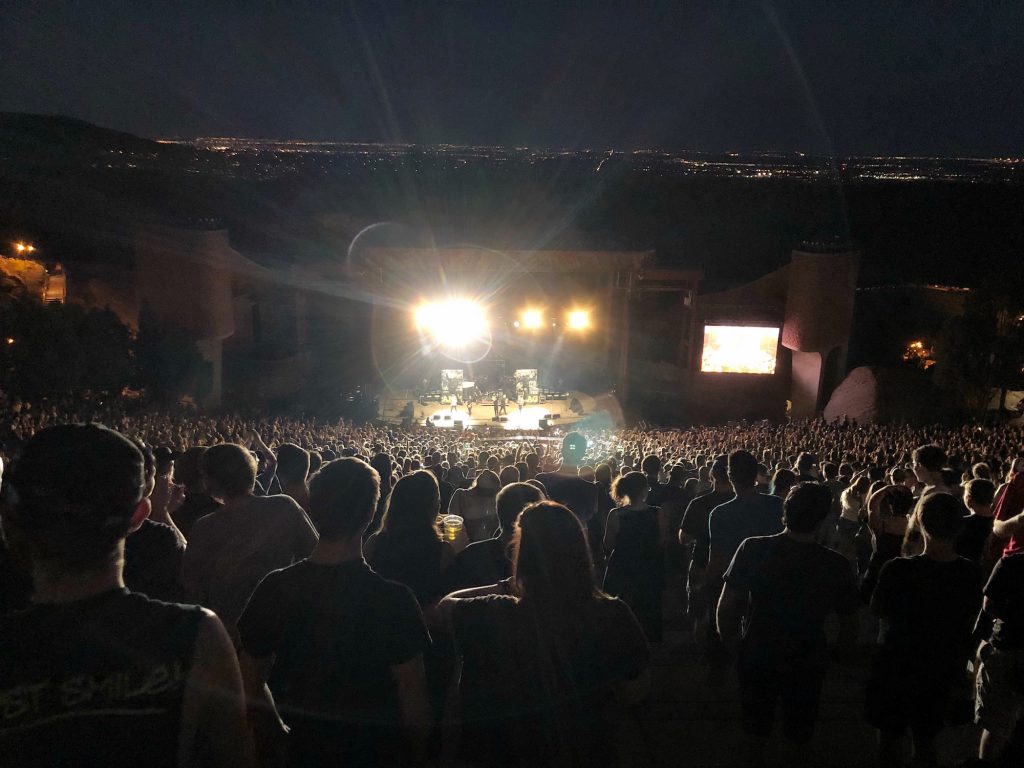 From classics like Stevie Wonder, Lionel Richie, Diana Ross and Lyle Lovett, to fun tribute bands like Killer Queen (a tribute to Queen), to a three-day show by the String Cheese Incident, Red Rocks will be rocking the rocks this summer.

Other bands we’re excited to watch: Widespread Panic, OAR and Gregory Alan Isakov (he has Boulder ties, too).

In addition to music at Red Rocks, throughout the summer, you will find Yoga on the Rocks events (just what it sounds like: huge group yoga classes on the stairs of the theater) and movies show on a big screen under the stars. There are even a few Barre on the Rocks classes this year, which follow a ballet barre-style format (a booty burner, especially if combined with some laps up and down the stairs). Then in September, there’s the SnowShape Winter Fitness Series.

Here’s a look at what the next few months will bring to Red Rocks: 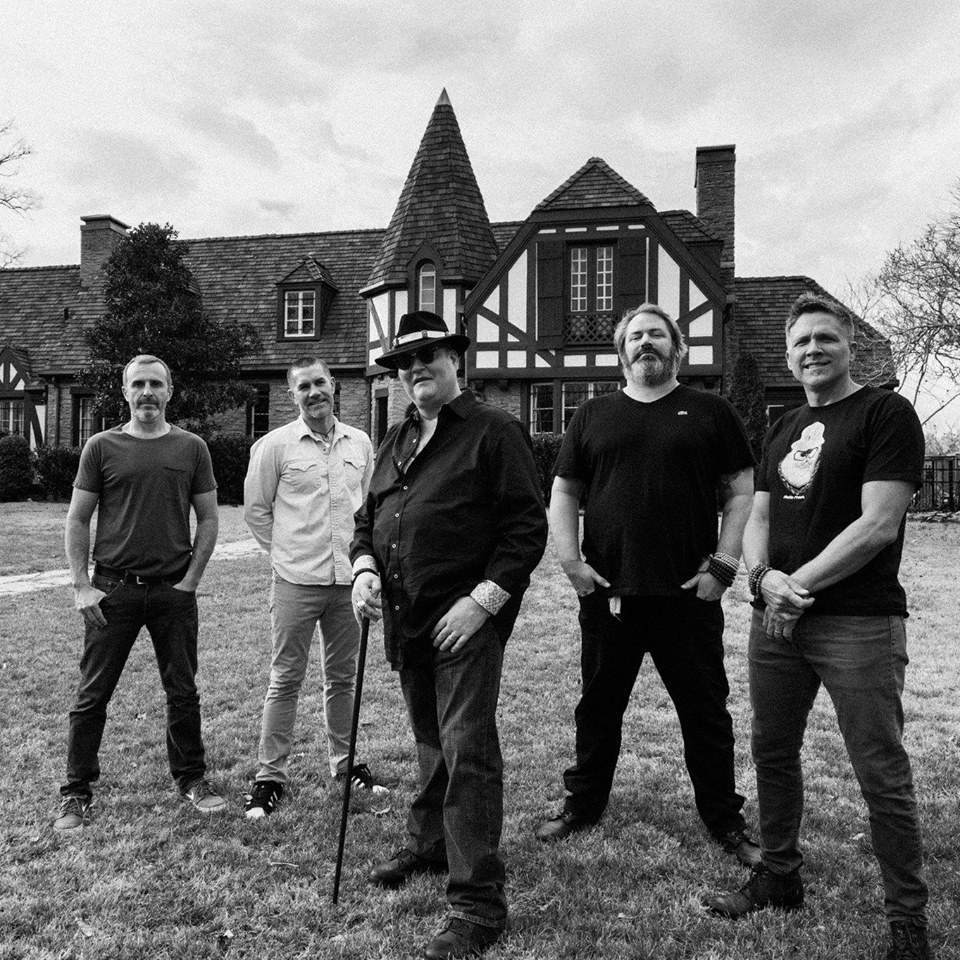 19-21- String Cheese Incident (You can get a three-day pass if you want to attend all three days.)

28- John Prine with The Colorado Symphony 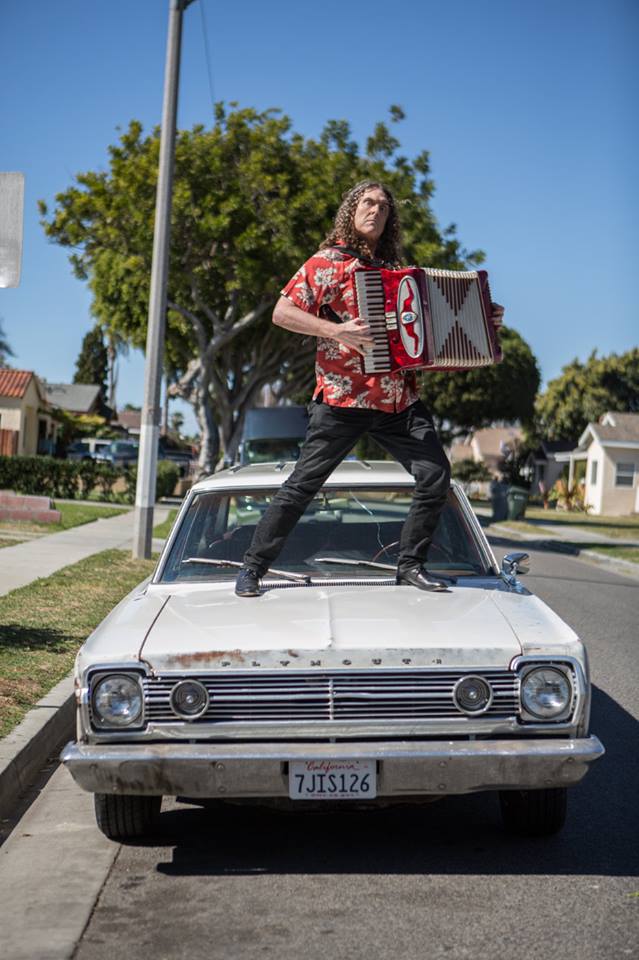 24- Reggae on the Rocks: Rebelution

26-27- OneRepublic with The Colorado Symphony 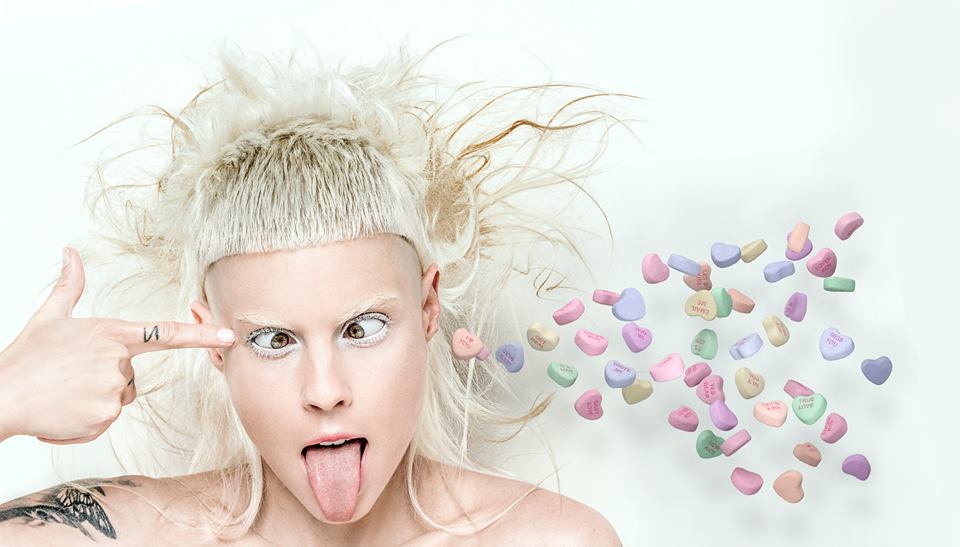 13-15- Greensky Bluegrass (You can get a three-day pass if you want to attend all three shows.)

16- Worship On The Rocks

23- Greta Van Fleet (wraps up the last day of summer) 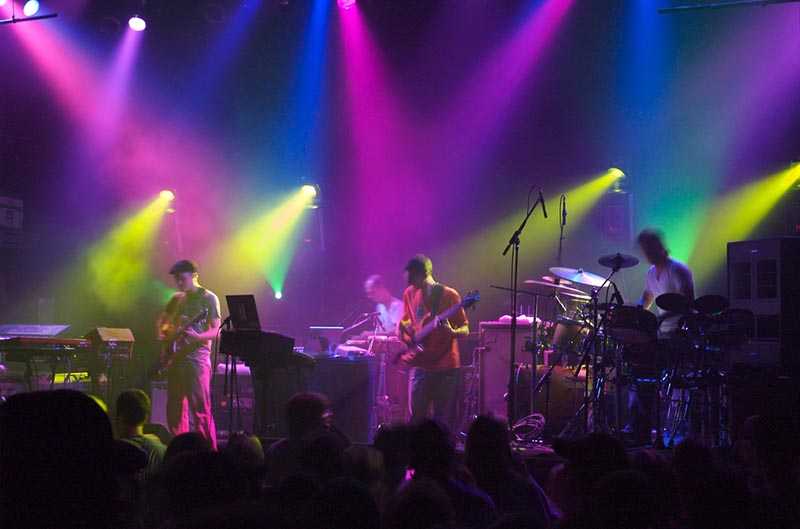 A show at the Fox Theatre. Courtesy photo

The Fox, located on University Hill in Boulder, tends to draw bands for the college crowds and the best up-and-coming musicians you really should try if you want to be in the know. The Fox is also a great place for an after-party when the Dead & Co. show wraps up in July. Both nights feature fun shows to extend the festivities later into the night.

One Fox highlight in August is the FMQB Triple A Conference free outdoor concert series running on the Hill Aug. 7-9. 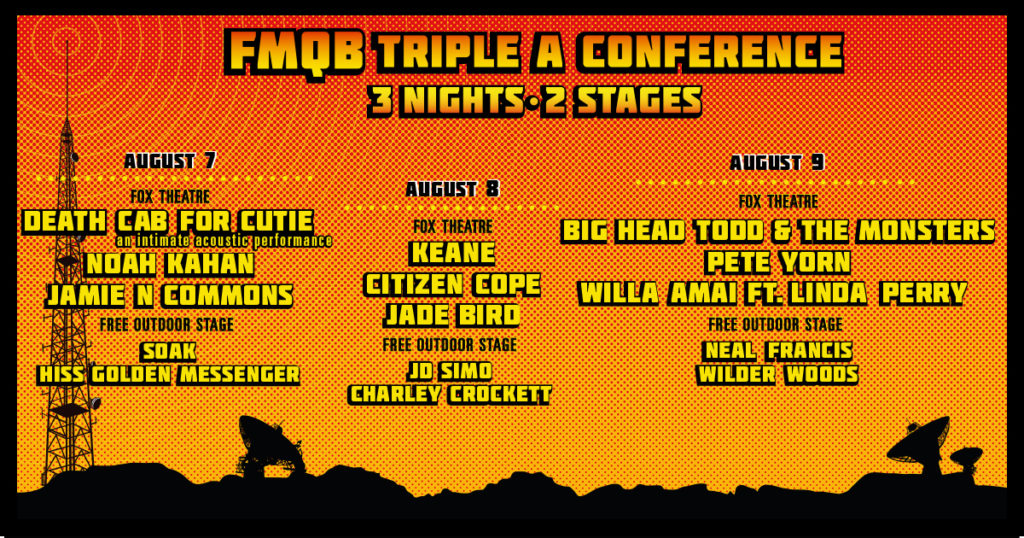 The concert series, presented by radio stations 97.3 KBCO and FMQB, bring a long list of performers to town for free shows. Some, like Death Cab for Cutie on Aug. 7, are already “sold out” (as in tickets are gone), but you can still find seats for the rest, including Soak + Hiss Golden Messenger; Keane + Citizen Cope + Jade Bird; Big Head Todd and the Monsters and more.

Here’s a look at some shows on the books at the Fox this summer: 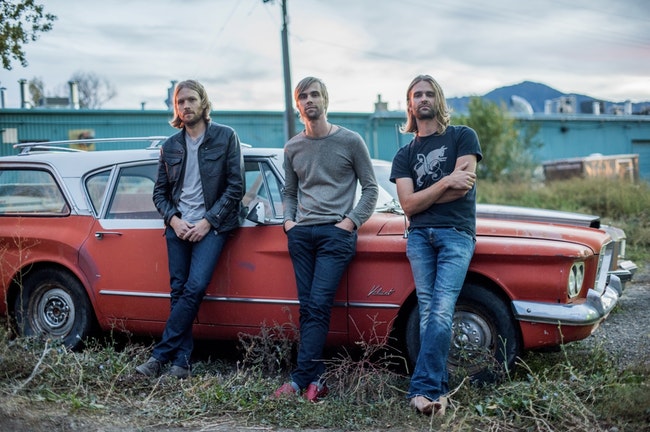 5- An Evening With Mountain Man

30- An Evening With Kronen, Collusion and Bathing Lagoon 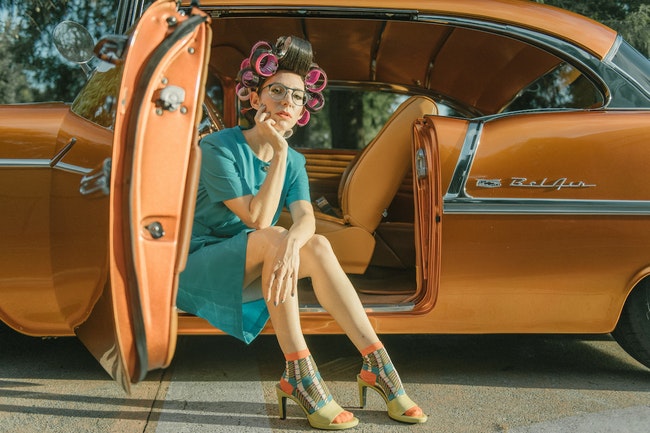 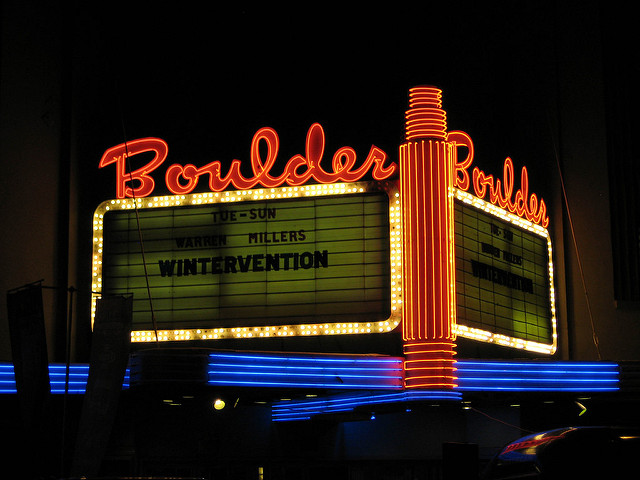 The outside of the Boulder Theater. Photo by Flickr user Gary J. Wood

The Boulder Theater has some fun family-friendly shows this summer, including music by the Beatles for kids. Then head to the Beatles vs. Elvis Showdown later in the month and decide who was the better artist.

Here’s a look at some of the Boulder Theater’s summer offerings:

3- An Evening With Leo Kottke

11- The Music of the Beatles for Kids

16- Beatles vs. Elvis – A Musical Showdown

17- Asleep at the Wheel (with Bonnie & the Clydes)

15- The Music of Reggae for Kids 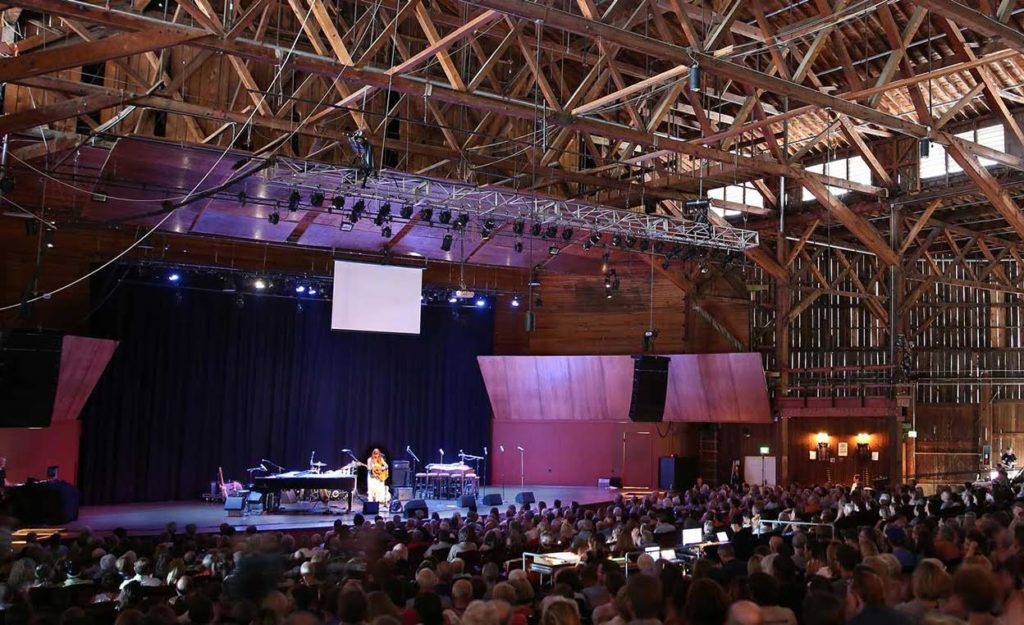 The Chautauqua Auditorium draws all kinds of stage performances, from speakers to musicians. Because it’s located in the heart of the Colorado Chautauqua, with historic cabins that visitors can rent when visiting Boulder, it’s an especially popular venue for travelers. But make sure you get tickets early, because locals love the auditorium, too.

Chautauqua has shows for all ages, such as The Music of Phish for Kids. Boulder’s thrilled about Melissa Etheridge in July and the Indigo Girls in August. Bruce Hornsby will also take Chautauqua’s stage in August, among many other talented performers.

Here’s a look at some of what Chautauqua will offer this summer:

29- An Evening with Chris Botti

21- The Music of Phish for Kids 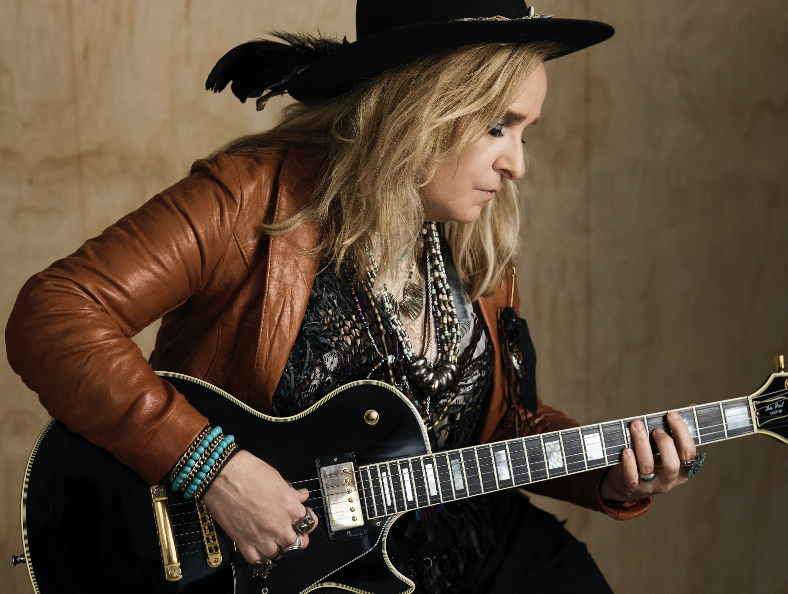 6- An Evening With Jake Shimabuker and Trace Bundy

8- An Evening With Melissa Etheridge

13- An Evening With Robert Cray

15- An Evening With Michael McDonald

17- An Evening With Bruce Hornsby & The Noisemakers

26- An Evening With Jose Gonzalez

28- An Evening With Steel Pulse

16- An Evening With Boz Scaggs