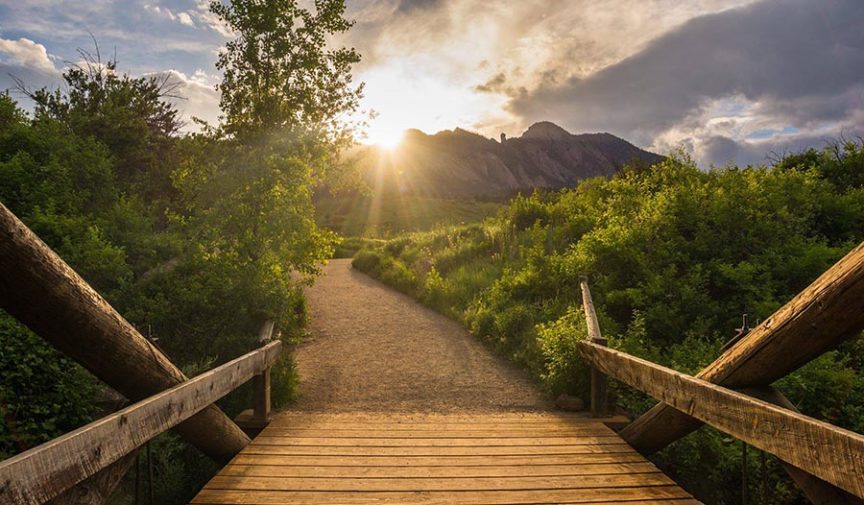 Boulder’s lifestyle is as unique as some of the legends that contribute to the region’s former image as a folksy mecca for artists and artisans. While most in Boulder acknowledge that past and happily say that vibe is still around, they will also tell you Boulder has evolved to become a place where the love of the landscape, a passion for the environment, a diverse economic base and a thriving arts scene combine to create a singular lifestyle, one that can only be fashioned when residents are truly involved and invested in the community.

“I fell in love with Boulder,” says Helen Forster, recalling her first visit. She uses words like “ease” and “fresh air” and “kids playing in the street” and “rich cultural experience” to characterize life here.

Nick Forster first visited Boulder as a teenager and later rediscovered its allure while working in a music store in Denver.

“Boulder had a different kind of persona. It felt more like a college town, and it had a vibrant music community,” he says.

Nick Forster started playing music in Boulder in the 1970s and even though his career as a member of the influential Blue Grass band Hot Rize took him all over the world, he never left.

“I spent decades touring as a musician but I kept coming back to Boulder because of the lifestyle,” he says.

Other perks? Easy access to nature and the ability to walk downtown.

“It’s a very pedestrian-scaled city. I have lived in downtown Boulder for 40 years and can walk to a trail or a movie or a bank,” he says. 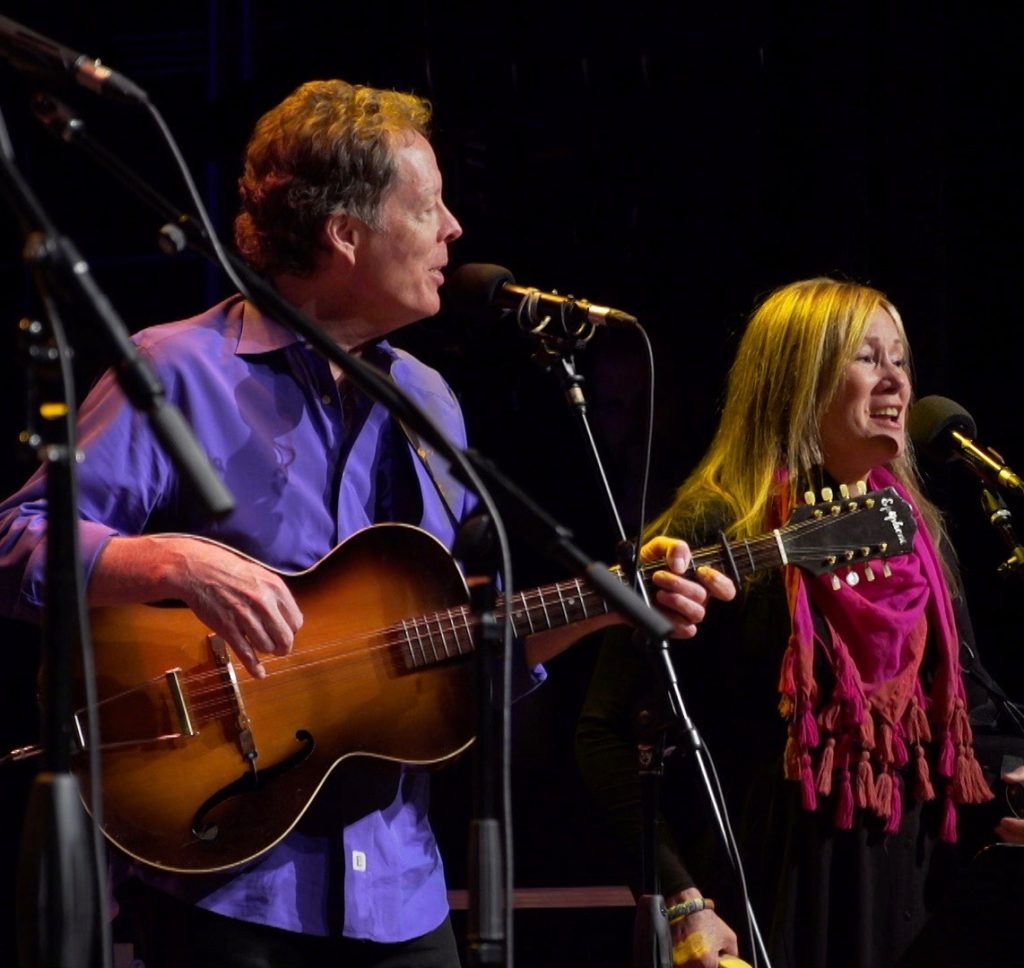 As biking was taking hold in many U.S. cities, it was already a way of life in Boulder. Bike lanes and bike paths are numerous, and, in fact, biking is so integral to the lifestyle that the city often clears bike paths of snow before they clear roads. Most than a dozen bike shops cater to both road and mountain bikers, a few are also busy coffee shops.

With a population of about 100,000, the city has a small-town ambiance but with a major university, a symphony, ballet and strong economic base, it has big-city amenities. Newcomers find what Helen Forster calls “passion points of interest,” whether it’s mountain biking or sports or music or art galleries or volunteering.

Some of Boulder’s stats might surprise anyone not initiated into the lifestyle. It has the highest level of educational attainment of all metro areas in the U.S. — even compared to many other college towns — with 63 percent of residents aged 25 and up possessing a bachelor’s or graduate degree. For example, Boulder has been No. 1 on the Bloomberg Brain Concentration of STEM workers ahead of San Jose, San Francisco and Boston since the Bloomberg Index was initiated. The Boulder area has three times the STEM occupations compared to the rest of the U.S and the second-highest compared to peer regions such as Provo, Utah and Ann Arbor.

In recent years, it has proven to be a hotbed for entrepreneurs with the highest density of INC 5000 high-growth companies in the country. Global as well as local venture capital firms invest here. In fact, Boulder captures roughly a third of all venture capital coming into Colorado

But what makes Boulder so interesting, and continues to enhance a certain quirkiness that makes the lifestyle so appealing, is the diversity of occupations — software and computer engineering paths, along with physics, aerospace, biochemistry and art direction, according to Boulder Innovation Venture 2.0. And compared to other innovation regions, Boulder has more arts establishments and higher employment in the arts. 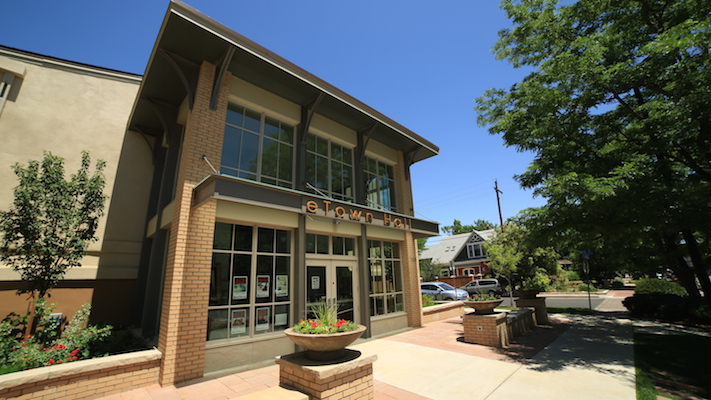 Outside of eTown Hall. Courtesy photo.

Nick and Helen Forster have been major influencers in the region, particularly for the arts. Their weekly radio show eTown is carried on 300 stations every week and is podcast worldwide.

The catalyst for the show was a U.S. State Department tour of Eastern Europe and Turkey that Nick took along with three other musicians. On that trip, he says he witnessed the environmental degradation occurring in those regions, but he also experienced the power of live music to draw together disparate groups of people. That inspiration led to eTown, which combines music along with community stewardship.

In 2012 the duo spearheaded the creation of eTown Hall, a multipurpose multimedia center in an old church in the heart of downtown. In addition to being the venue for eTown’s live music, it also offers a full-service recording studio, post-production audio and video suites, café and bar and community kitchen and dining area. It also is a hub for events.

eTown represents one of many community collaborations that make Boulder truly unique. Similar cooperative efforts can be found throughout the community whether it’s recycling or a commitment to the preservation of the environment. Visit any of the shops and restaurants on Pearl Street and it’s easy to get a sense of how much community matters here.

Sure, Boulder has its fair share of wealth. But the sense of community looms much larger.

“It’s a wealthy town, but it isn’t a place for the idle rich,” says Nick Forster. “It’s a place for doing things and making things. People want to be part of a community with multiple generations and vibrancy and advocacy. Also, I can’t tell you how many people move to Boulder because of their children and grandchildren.” 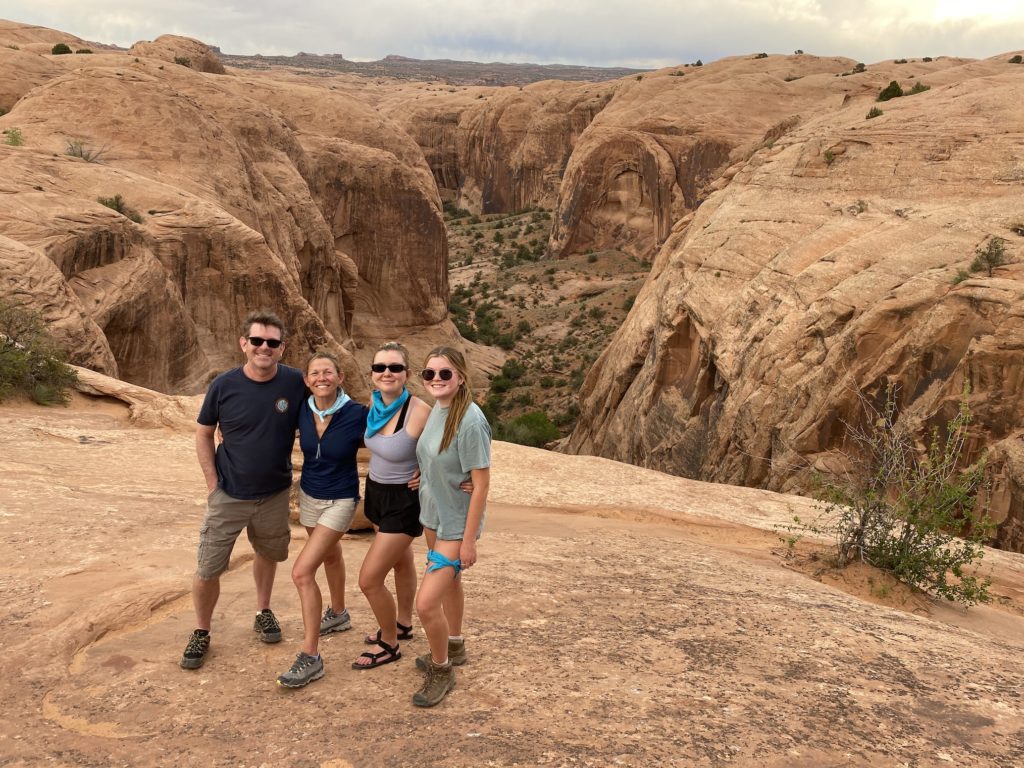 Safety, schools and outdoor activities were important criteria for Meghan Bach’s family when searching for a place to settle after service in the Navy, where her husband’s job took them to places as disparate as Maine and California as well as overseas. Friends from the Navy offered suggestions on where to settle, but Boulder won, hands-down.

“To me felt like home right away. I stepped into the shoes and they fit right away. The schools are great,” says Bach, a real estate agent with Compass Real Estate who moved to Boulder with her family in 2012.

Like most newcomers, Bach soon discovered why Boulder has been deemed The Happiest City in the U.S. The title is well-deserved, she says, noting the region’s constant sunshine and beautiful seasons, the great outdoors, amazing people, great food, varied architecture, views at every glance, excellent schools and even more incredible people.

The city and the region have garnered a well-deserved reputation as a hub for green building and wise land-use. As the population began to swell from 25,000 in the 1950s to 66,000 in 1970, community leaders began to look for ways to curb growth and preserve the natural landscape. In 1967, Boulder became the first U.S. city to adopt a sales tax to fund the acquisition and management of open space. Today, the open space program owns over 4,000 acres.

“Being surrounded by mountains and striking views elevates even the everyday. Step outside of grocery shopping and you look up and there is a view,” says Bach.

What locals are quick to point out is the indulgence of the lifestyle comes not from trendy shops or exclusive clubs. Rather, it’s the richness of the community and the land around the city.

As the city has grown, so too have real estate values, and the city is looking for ways to enhance affordability. Although many Boulder properties easily fit into what is considered the high-end or luxury market, the lifestyle doesn’t really reflect typical preconceived notions of luxury.

“Luxury — Boulder comes by it naturally, but it’s not fancy-schmancy luxury,” says Bach.