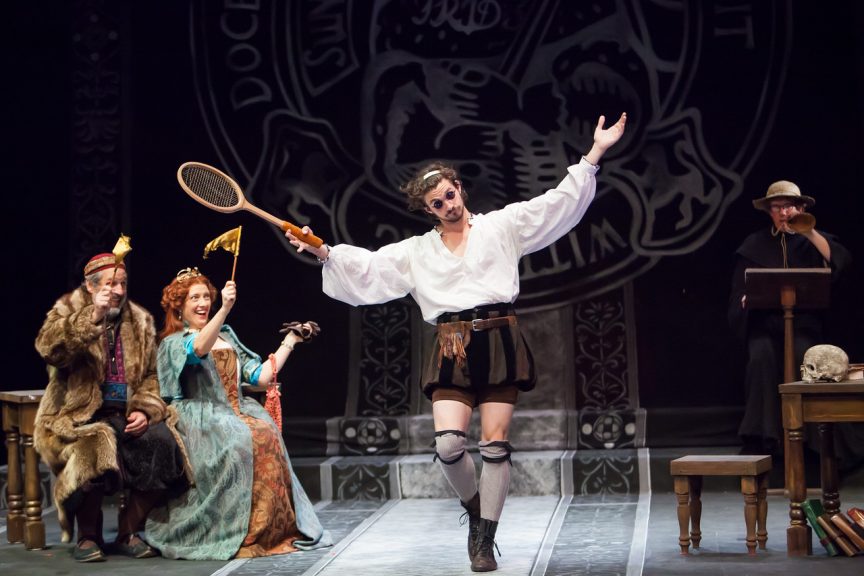 Imagine watching a Shakespearean play, performed by one of the most reputable, longest-running Shakespeare festivals in the country, under an open summer sky while the sun sets behind the Flatiron Mountains. It’s a truly only-in-Boulder experience.

“You’re not going to get that anywhere else,” says Joan Braun, executive director of CU Presents. “You might see Shakespeare on a stage in New York, but nowhere is near the same experience as watching it in the Rippon Theater.”

CU Presents is the umbrella organization in charge of the University of Colorado’s many performances, including Boulder’s annual Colorado Shakespeare Festival. The festival is one of the oldest Shakespeare fests in the country, second only to the Oregon Shakespeare Festival. It’s currently celebrating its 60th season, which is a testament to the quality of the production, Braun says.

“Performing arts are already hard, and when you get an organization as specific as Shakespeare in its 60th season, you know something is right. The quality is that good,” she says.

The festival brings high-production Shakespearean plays to the Mary Rippon Outdoor Theater, as well as an indoor stage at the University Theatre on the CU campus, throughout every summer in Boulder. The fest also offers classes and camps for kids.

Many of the productions ring as true to the original as possible, but others offer a unique spin that presents the classic works in a new light. This year, for example,  Hamlet is played by a woman. Braun says this lends added depth and interest to an already fascinating character.

“You’ve seen ‘Hamlet’ before, but you haven’t seen this,” she says. 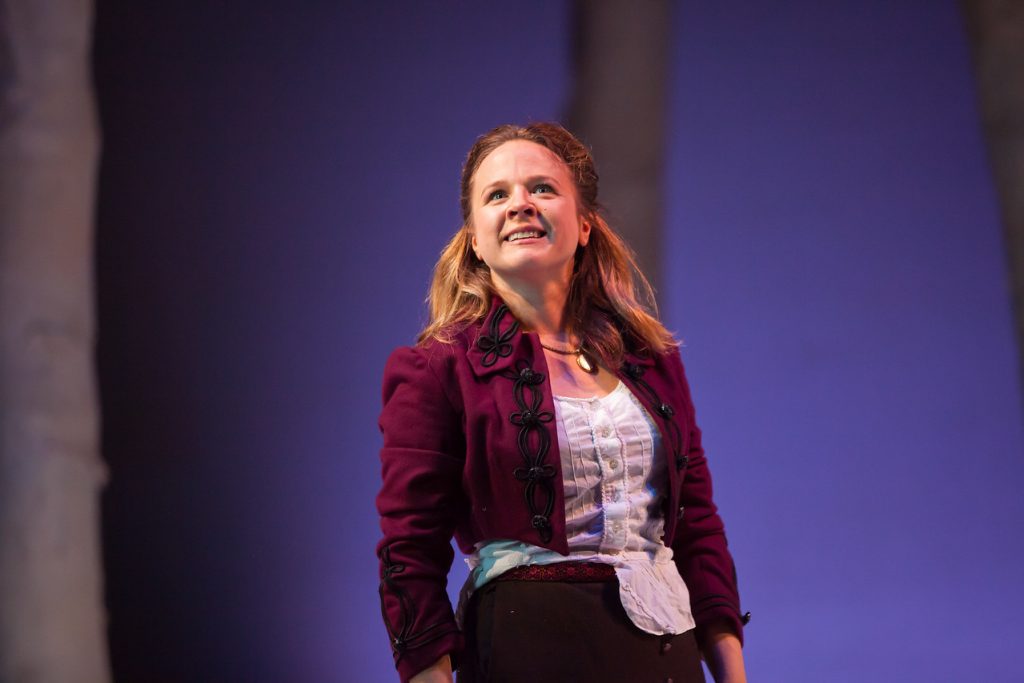 And this season’s “Taming of the Shrew” is set in a post-WWII context.

“You think you know Shakespeare, but maybe not. Or maybe you do. But this allows you to have a deeper understanding and a memorable, inspiring experience,” Braun says.

Seeing a Colorado Shakespeare Festival show is a must-do Boulder bucket list. Here are some more inside tips to help you get the most out of the experience:

Dress in layers. If you’re seeing an outdoor show, you’re sitting outside in the mountains. Anything can happen with the weather. Dress in layers and bring a jacket. The air can grow chilly as the sun sets, even in summer.

Prepare for nature. There will be bugs and that could include mosquitos. Mist on some bug spray.

Bring a parka or hat. It’s been known to sprinkle or even rain in the summer, and the show will go on unless the weather becomes a hazard to the actors. You can’t use an umbrella in the outdoor theater, due to the proximity to others, so you’ll be glad you packed a rain poncho.

Do your homework. Attend a pre-concert conversation free in Old Main before the show. Read through the program, history and synopsis before the performance starts, too. In Shakespeare, it helps to know the plot beforehand. 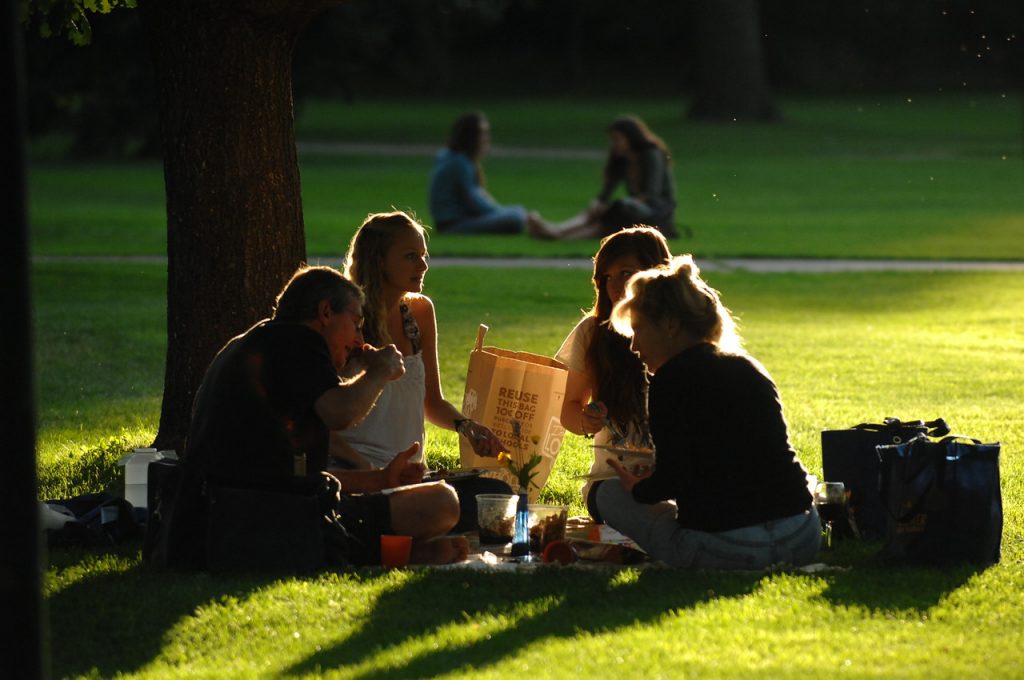 Come early and pre-party. There’s a wine and beer garden plus food on site. If you want to eat near the performance hall, you need to buy food from a licensed vendor. But you can always pack a picnic to enjoy on the grass elsewhere on campus beforehand, too. You can’t bring your own alcohol to drink on the lawn.

Pick your seat. There are assigned seats in both theaters. Which are the best seats is subjective. Some prefer front and center, especially if you want to pay close attention to the words that you don’t hear every day in modern English. But the back-of-the-house seats can provide a nice vantage point and tend to have more space.

Bring your family. Maybe. The Shakespeare Festival is family-friendly, but it’s recommended for kids age 5 and older. That really depends on the child, though. Tell your child about the plot beforehand to help them enjoy it more.

Stay late. Stay afterward for a talkback with the actors, offered after most performances.

Visit the garden. Take time to walk through the Colorado Shakespeare Gardens, full of plants referenced in Shakespeare’s writings.

Get comfy. Make sure you rent a seatback. Those stone benches are hard.

Get autographs. Pay attention to the people on stage because many Colorado Shakespeare Festival alumni go on to become TV, Broadway or movie stars.

Famous People Who Started at the Shakespeare Festival 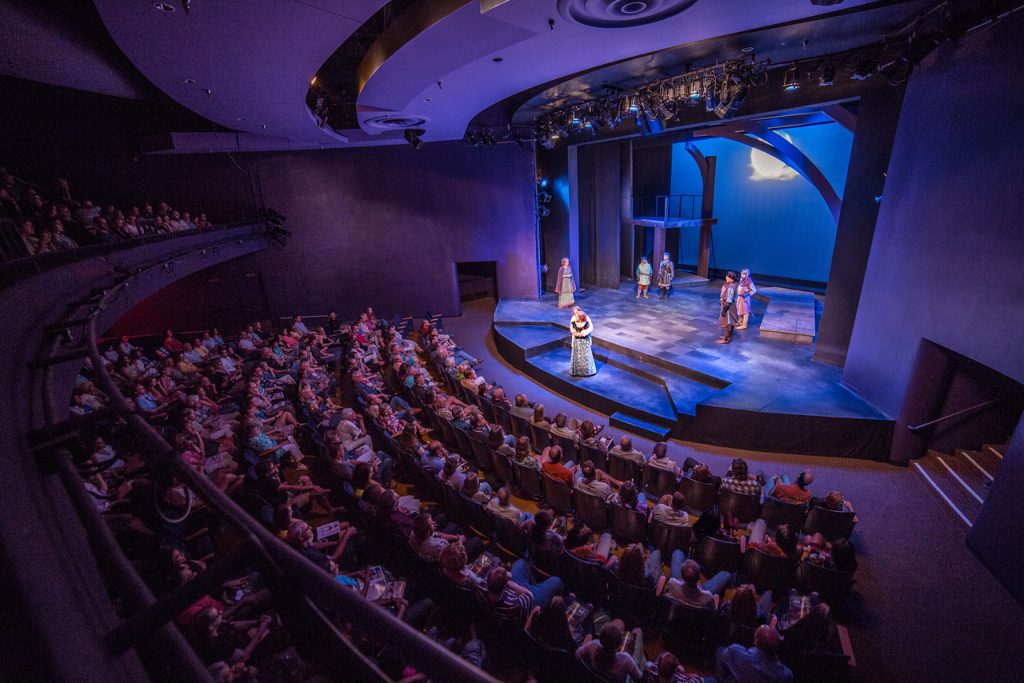 A show in the University Theatre. Photo by Zachary Andrews