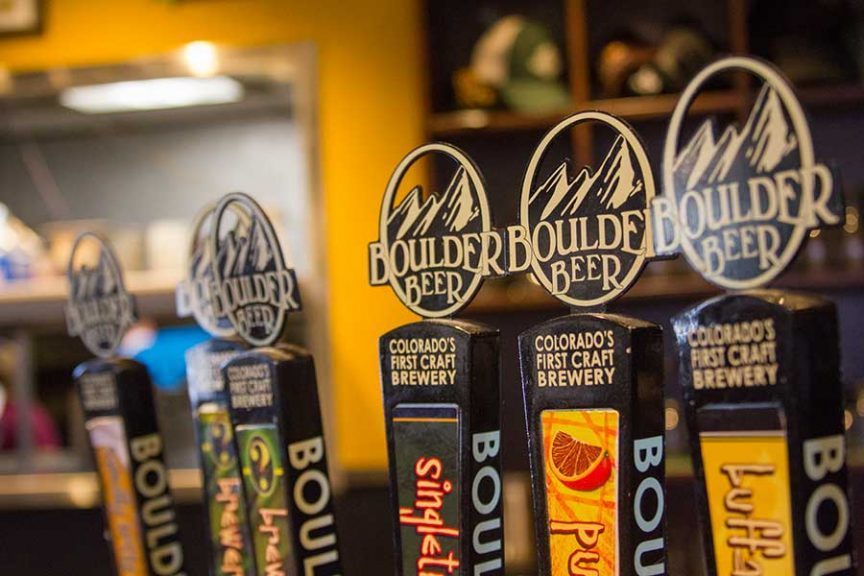 The Colorado craft beer culture started humbly in 1979, with two University of Colorado professors messing around with home brewing.

After a few years, their wives grew sick of the smell of hops in their homes and sent their buckets of brew off to an old goat shed in the Hygiene area.

It was out of that small former goat shed that Boulder Beer Co. was born.

Boulder Beer was the first craft brewery in Boulder and also the first in Colorado. Today, Colorado has the second-most breweries in the nation. In 2017, it had nearly 350, or six breweries per 100,000 residents. Many area breweries spiraled off Boulder Beer, with former employees branching off to launch their own lines.

Boulder Beer was even one of the first 50 breweries to get a license in the nation after Prohibition put many out of business — a monumental honor, in a country with more than 6,200 craft breweries in 2017, according to the Brewers Association.

This historic significance, combined with Boulder Beer’s popular creations, has turned this brewery into a bucket-list destination for beer-lovers visiting Colorado, as well as locals.

Recently, with nearly four decades of fermenting, pouring and sipping, Boulder Beer was ready for a facelift. This summer, it launched a rebranding of the logo and packaging. Five cans of beer look totally different, including the popular Mojo IPA and a new release, the Due East, a New England-style IPA (a hazy, fruity, juicy beer that’s hoppy without the bitterness).

“We wanted to focus more on the story behind us,” says Sierra Koenig, marketing assistant with Boulder Beer. “Since a lot of beer-drinkers today go into the liquor store looking for what they haven’t seen or had, being around so long, they’ve seen our cans a million times. Our new design is fresh and catching people’s eye again in the cooler. We want people to fall in love with their favorite beer all over again.”

After all, there’s a reason Boulder Beer has lasted so long.

The brewery has some innovative styles of beer (like a blood orange IPA), but it’s been brewing IPA for 15 years, long before the IPA craze. Mojo IPA is considered a classic Colorado IPA: hoppy and bitter. For many discerning drinkers, it’s a forever favorite.

Over the years, the aesthetic has changed and the brand has evolved, Koenig says; last fall, the pub was fully renovated. The beer line-up has so much more variety than in 1979, when it was just a porter, a bitter and a stout. But one thing has remained the same, she says.

“We stay true to the fact that the brewery staff is like a cohesive family. We remain a small company,” she says. 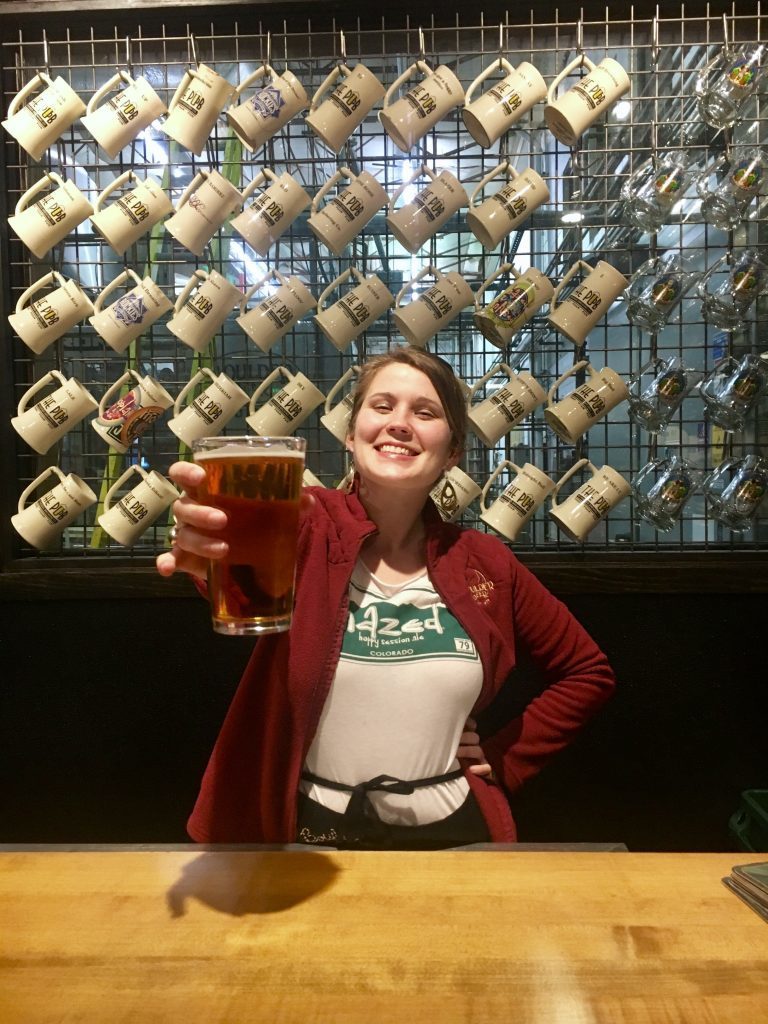 Here are five ways you can celebrate Boulder Beer’s history as the first craft brewery in Colorado:

The New England-style IPA, Due East, started as a specialty beer at the taphouse on Walnut Street. It flew out the door so quickly, they kept brewing it and eventually turned it into a year-round beer.

Today, you can find it in cans. Boulder Beer uses a double dry hop addition, which gives the hops a flavor and aroma without too much bitterness. Hints of lemon, peach and pineapple (naturally in the type of hops used, not added) cut through the bitterness, making it a great segway beer for people who think they don’t like IPAs.

Two other great intro IPAs for people sensitive to bitterness include the Pulp Fusion blood orange IPA and Hazed.

Boulder Beer is always coming out with new beers. This fall, look for Festbier, a helles lager, a light, German beer; and Spaceman, a double IPA, both coming out in cans. 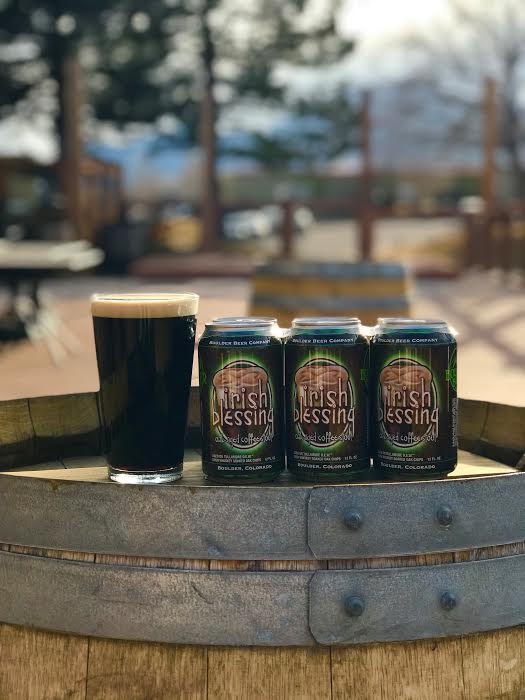 3. Visit the pub on Wilderness.

This taphouse, 2880 Wilderness Place, is the old-school location, making it a total destination. You won’t just stumble upon it; you have to choose to go there because it’s in the middle of an office park. But it’s worth the trek. Here, you can get a free tour of the brewery with free tastings. One thing many people don’t realize is the Boulder Beer pub also has a full bar, complete with spirits, wine, non-alcoholic options and cider for gluten-free visitors.

The brewery also has a full restaurant known for smoking its own meats on site. There are daily lunch and dinner specials, and you can expect something different to eat every time you come in. From 11 a.m.-2 p.m. there’s even weekend brunch.

The menu spans the likes of fried cauliflower, Shakin’ Bacon (brown-sugar, Shake-glazed, slow-smoked bacon) and burgers, even a marinated tempeh burger for vegetarians. On Monday, kids eat free from 5-9 p.m., and is also the nightly special of smoked beer chicken.

The patio welcomes dogs on leash and kids, and it regularly hosts live music. Through the end of September, catch live jams starting at 5:30 p.m. Thursdays and Saturdays. In fall, look for trivia.

“You can come to our brewery and get what you want, whether that’s sitting quietly at the bar with your mug, drinking your Mojo, or on a Saturday spending the afternoon here on our amazing patio listening to music hanging with your dog and family,” Koenig says. “It’s a place where everybody can find a spot that makes them comfortable.” 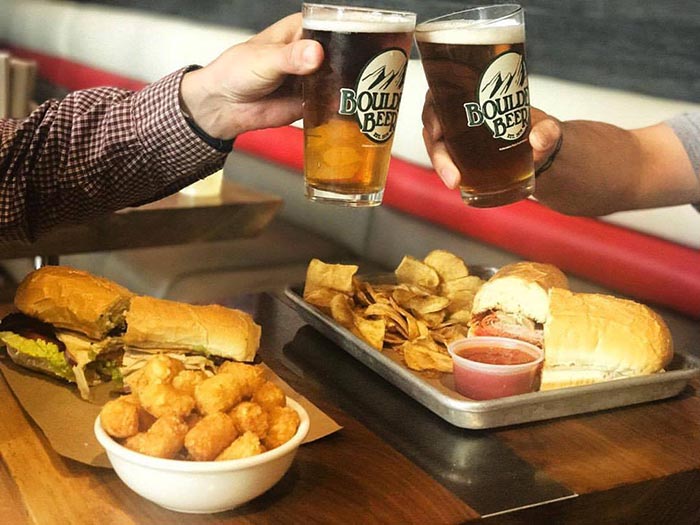 The free tour brings you through the entire brewery up close and personal, not behind glass from afar. Learn about the brewing process, from fermentation to canning to kegging. Bonus: It ends with free beer.

At Boulder Beer on Walnut, 1123 Walnut St., you will find 20 rotating, small-batch brews on tap. Here, you can also dance late-night until 2 a.m., enjoy brunch on Sunday with bottomless “beer-mosas” from 11 a.m.-2 p.m. and compete at trivia on Tuesdays. The kitchen is open late, until 10 p.m.