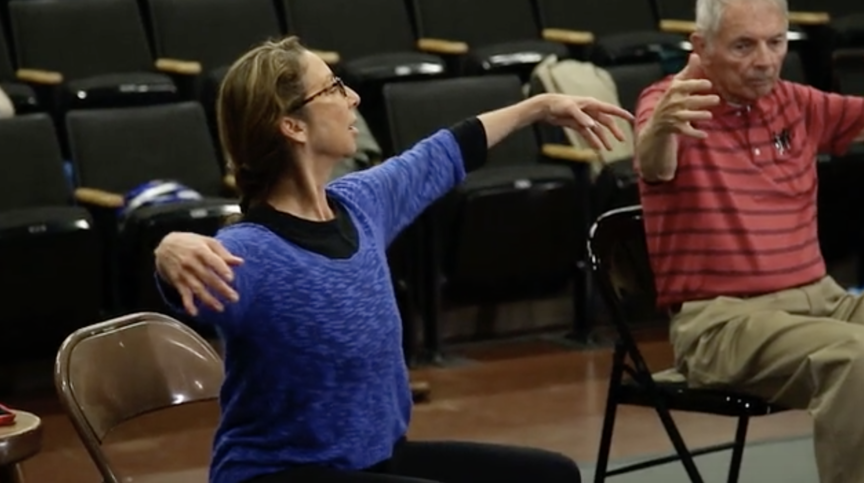 This movement is healing — in its creativity.

Float. Churn. Fold. The instructor uses different terms than you might hear in a traditional dance class. She asks the participants to embody these words and interpret them however their bodies and minds want. They move with a new freedom, much different than when they walked through the door, some with walkers and canes.

“We’re collaborating on a dance together, in a beautiful way,” says the teacher, Katie Elliott. “They’re not thinking about their bodies. They’re thinking about the task, and that takes them out of the everyday pain they’re feeling.”

For an hour, they escape. So much so that often, at the end of class, participants accidentally leave their walkers and canes behind, forgetting they will need them later.

This is the Dance for Parkinson’s Program offered through Boulder’s 3rd Law Dance/Theater. It runs from 11:30 a.m. to 12:30 p.m. every Tuesday and Thursday at the Dairy Arts Center, 2590 Walnut St., Boulder. Drop-ins are welcome at just $5 per class.

You can find dance classes for people with Parkinson’s around the world and even state. There are also nearby classes in Broomfield, Denver and Colorado Springs. The Broomfield class is called Reconnect with Your Body and runs noon-1:15 p.m. at the Colorado Conservatory of Dance, 3001 Industrial Lane, unit 12. The Denver class is called Rhythm and Grace and it runs Mondays from noon-1:15 p.m. at the Colorado Ballet, 1075 Santa Fe Drive.

The Dance for Parkinson’s Disease nonprofit has a network in more than 300 communities in 25 countries around the world.

The goal: to have fun, build community and also help participants connect with their bodies, exercise and learn new movements in a space with trained teachers and other participants who understand the unique challenges of Parkinson’s Disease. 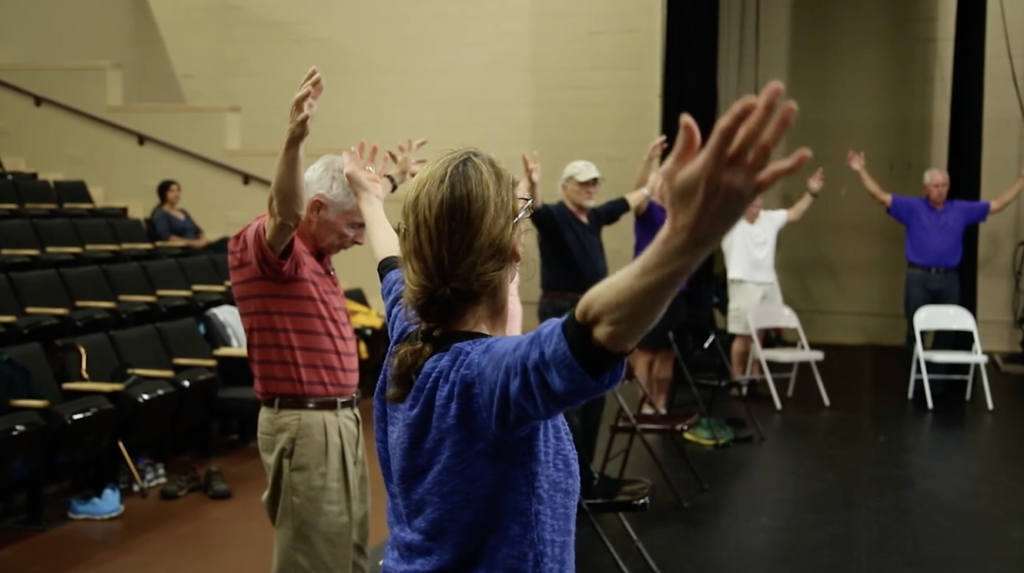 Parkinson’s is the second-most common neurological disorder and affects motor functions, often causing tremors, stiffness or a slowing of movement.

The 3rd Law classes blend all kinds of dance styles, from ballet to jazz to modern to tap, and they include choreography, improvisation (unstructured dance), stretching and strengthening moves. But you don’t need a dance or fitness background to join. In fact, Elliott says classes are for all levels, abilities and backgrounds, and they start slow, with specific movements chosen to help people with Parkinson’s. It can be hard to start moving when you have the disorder; it’s common to freeze up. But dancing taps into a different part of the brain, Elliott says. You’re not doing physical therapy exercises, she says. You’re having fun and experimenting, and the music moves you.

Classes are open to anyone with mobility limitations, as well as seniors and loved ones who want to dance and support the participants.

“I think everyone can benefit from movement,” Elliott says. 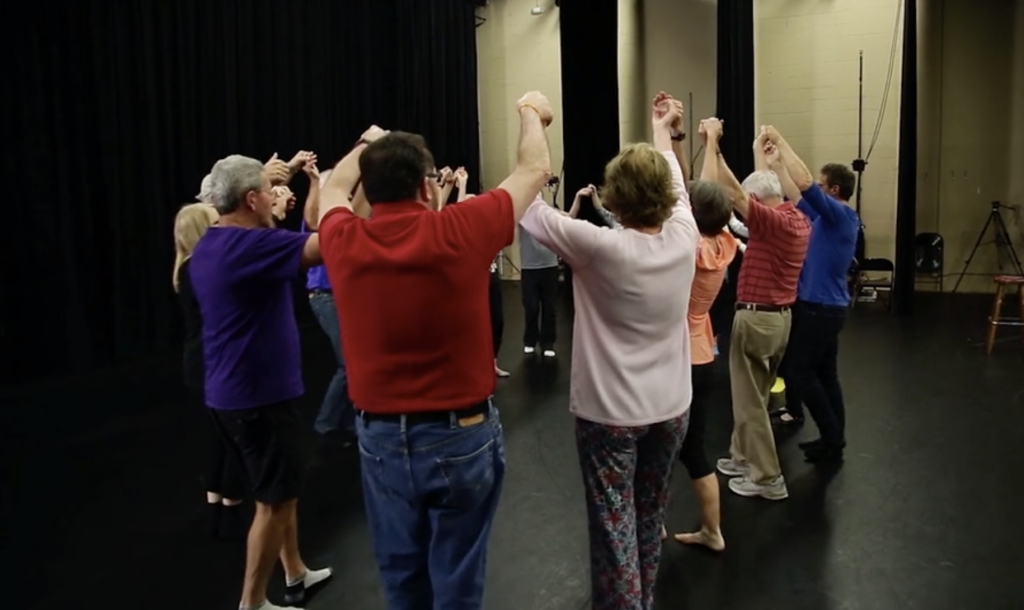 Studies back up the benefits for people with Parkinson’s. The Dance for Parkinson’s Disease nonprofit cites evidence from more than 38 peer-reviewed, scientific studies at major universities around the world. Research found that for people with the disease, dance therapy improves motor and cognitive functions; has physical, emotional and social benefits; and even improves general symptoms related to Parkinson’s. Researchers determined that dance was “an effective method for rehabilitation.”

In addition, “a number of leading neurologists and movement disorder specialists around the world include Dance for PD classes among a shortlist of recommended activities for their patients,” the nonprofit’s website says.

Adding to the scientific studies, the nonprofit says dance also develops flexibility, instills confidence, stimulates the mind, breaks isolation, increases awareness of where your body is in space, tells stories and sparks joy, among other benefits.

The program came to 3rd Law in 2013 through former New York City Ballet dancer, Viki Bromberg Psihoyos, whose father had Parkinson’s. Elliott got involved four years ago, when she wanted to find more ways for 3rd Law to serve the community. The program is now a regular part of the dance company’s work, and Elliott says she continues to look for ways to expand the reach.

For example, coming up Nov. 3, 3rd Law will hold a special Dance for Parkinson’s event in the Boedecker Theater in the Dairy Arts Center. The theater will screen a movie featuring different Dance for Parkinson’s groups around the world, including Boulder’s branch. One hundred eighty different groups submitted short clips of their own original choreography following the same theme: the movement of birds (cranes). Those clips were compiled into one full film, which screens at 4 p.m.. The producer of the film will also speak, and then the audience will make origami cranes to hang in the lobby of the Dairy as symbols of hope. 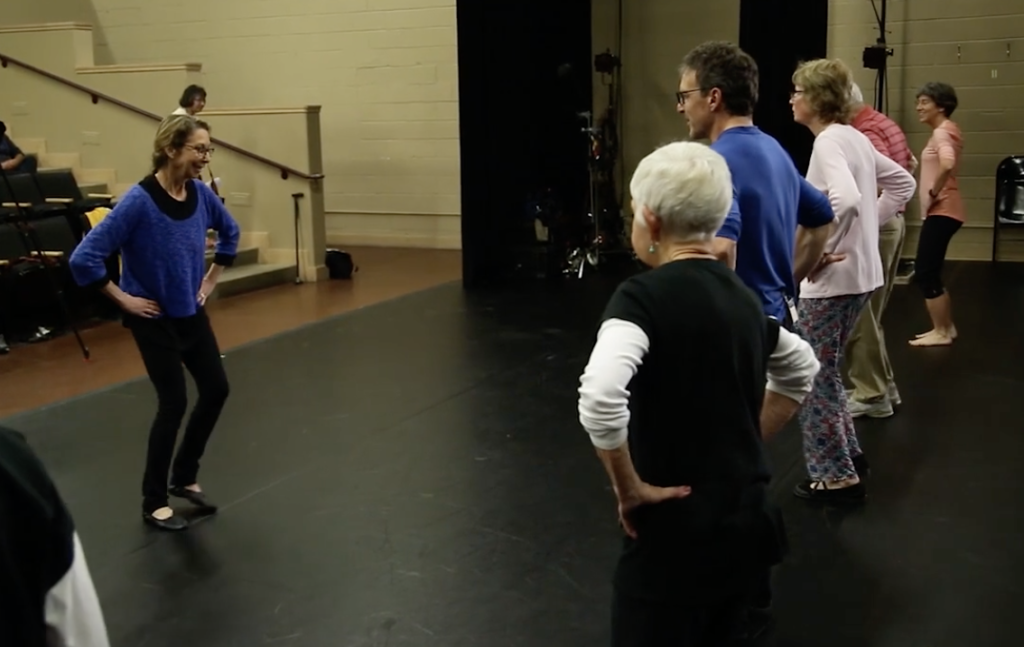 She says another way 3rd Law aims to connect with its Dance for Parkinson’s participants is through its professional dance concerts.

“I try to bring whatever I’m working on with the professional company, conceptual work that we use to build the material of our concerts, to the Parkinson’s classes,” she says. “So when they come to our concerts, they can see the movements they did. Movement can be done at any level, as long as you connect it conceptually. You can connect the community through a common idea.”