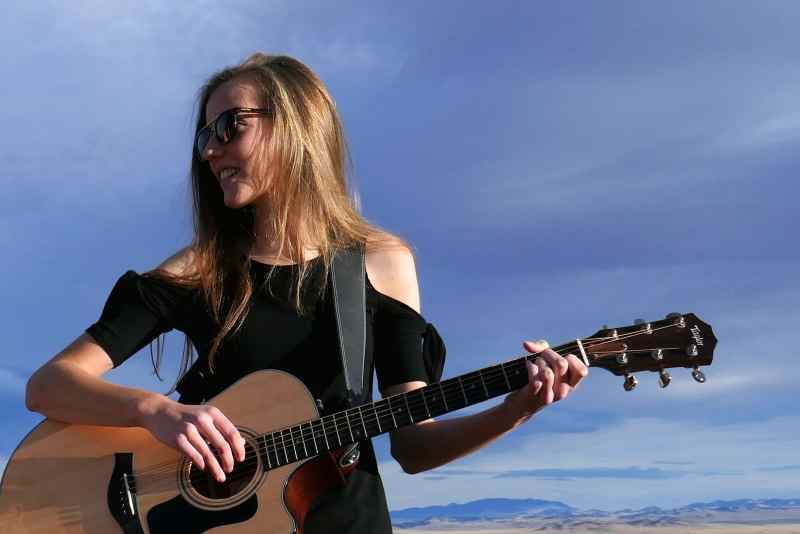 Boogie on down to Lee Hill tonight for some live tunes by Taylor Shae! About the Band: Taylor Shae is an award-winning singer-songwriter born and raised in Colorado. Taylor’s bluesy sound “mixes

Boogie on down to Lee Hill tonight for some live tunes by Taylor Shae! About the Band: Taylor Shae is an award-winning singer-songwriter born and raised in Colorado. Taylor’s bluesy sound “mixes old soul lyrics with bright vocals and a high-energy delivery for a fresh take on the Americana genre.” (303 Magazine, 2019). You can catch the other half of the duo, RD, playing with a rebellious style on the bass or electric guitar, oozing funk and blues. Together, the duo has played Colorado venues and festivals since 2016, grabbing the attention of any passerby willing to give into the urge to tap their feet. Few songwriters can claim the release of three albums by the age of 18, but Taylor’s drive is evident in her latest release “High Stakes” in April 2019. Inspired by the vibrancy and liveliness of her 2018 music setlists, the 8-track collection “will kiss your ears like the sun on your shoulders during the dog days to come” (303 Magazine, 2019). Every song on the album has rolled down the streets of a Colorado festival with energy and reason and the music captures the memories of summer. In the songwriting, Taylor wanted to explore the role that sense of place has upon human relationships, and showcased this through soul-wired vocals and untamed bass. Taylor was inspired to create music videos using footage from these live shows to emancipate the spirits of these songs (watch the music videos). Taylor’s songwriting has been described as having a “carefree edge,” complemented by her “velvety-toned” and “powerhouse vocals” (Boulder Daily Camera, 2019). Taylor believes that much of her songwriting is influenced by the world around her. She is currently a student at Colorado State University, studying Media Communication as an outlet for the passion for storytelling she finds in songwriting and music. Taylor Shae has received much success as an emerging young songwriter. She was selected as a finalist for the 2017 Handmade Songs competition and recorded an original single, “Alive Not Broken,” at eTown studios. Taylor also won a singer-songwriter competition in 2017 as a part of the Teen Creek Festival in Boulder, Colorado. She’s performed at many festivals across Colorado including Bohemian Nights Thursday Night Live, Fort Collins Music Experiment, Denver People’s Fair, Underground Music Showcase, Rhythm on The River, The Boulder County Fair, and Bands on the Bricks. Taylor Shae’s musical journey began in a town with a diverse music scene, where she was a lead vocalist for several jazz bands and a rock band. She landed her first gig at the age of 13 at a local art gallery, and was stunned by the thrill of performing and the incredible support from her fellow hometown musicians and fans. Taylor fused her passions of writing and music and began daily songwriting sessions in the spare bedroom of her home. She had no idea what would come of her creative nonsense, until she began to produce original recordings and reach a broader audience. At the age of 16, Taylor released her debut album, “Something to Prove”. Taylor Shae’s 2nd album, “Twenty Paces” released in March 2018, is a combination of storytelling and soaring melodies. When describing her approach to this album, she says, “I believe it’s important to have moments of vulnerability, because it opens the door to relate to others and make connections. Everyone has insecurities, but it takes fearlessness to push through them.” As Taylor continues to produce more musical creations, her third album “High Stakes” is proof of an artist honing in her craft, uncovering a soulful sound that’s been at her core since birth. It’s easy to listen to the growth and musical boundaries being shredded as Taylor continues on the path of making music and self-discovery as an individual with a fiery passion and something to prove.