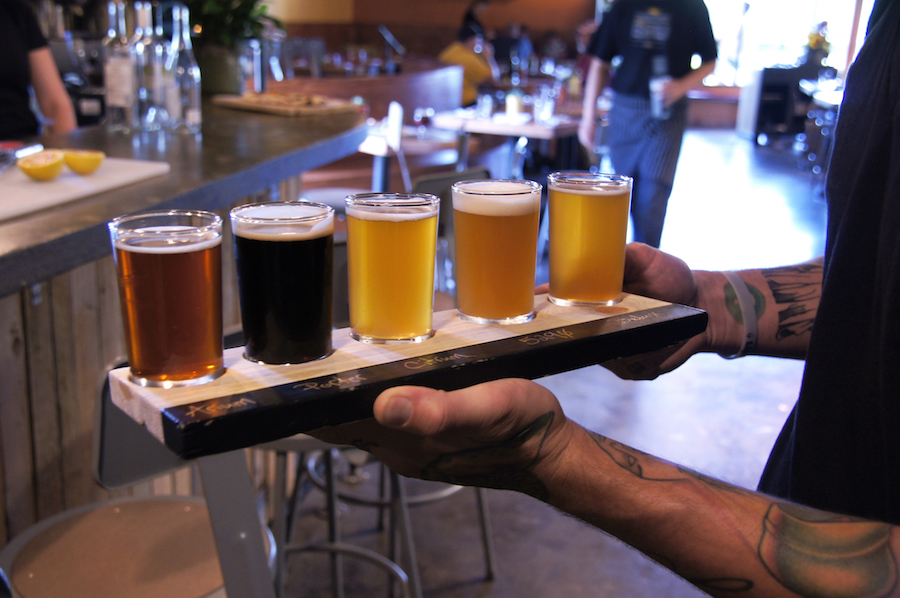 A flight of beers at Bru. Courtesy photo
Share
TweetSubscribe

To fully experience Boulder in the fall and winter, you need to enlist all your senses. The feast for the eyes is an endless buffet: of colorful leaves that fade into white-topped mountains.

The options for your taste buds are extensive, too. Boulder has a long list of reputable local breweries, many of which release special seasonal brews this time of year.

Let these limited-release flavors warm you from the belly out, as you experience Boulder, beer style. Here are a few of Boulder’s seasonal beers to add to your chug-it list. 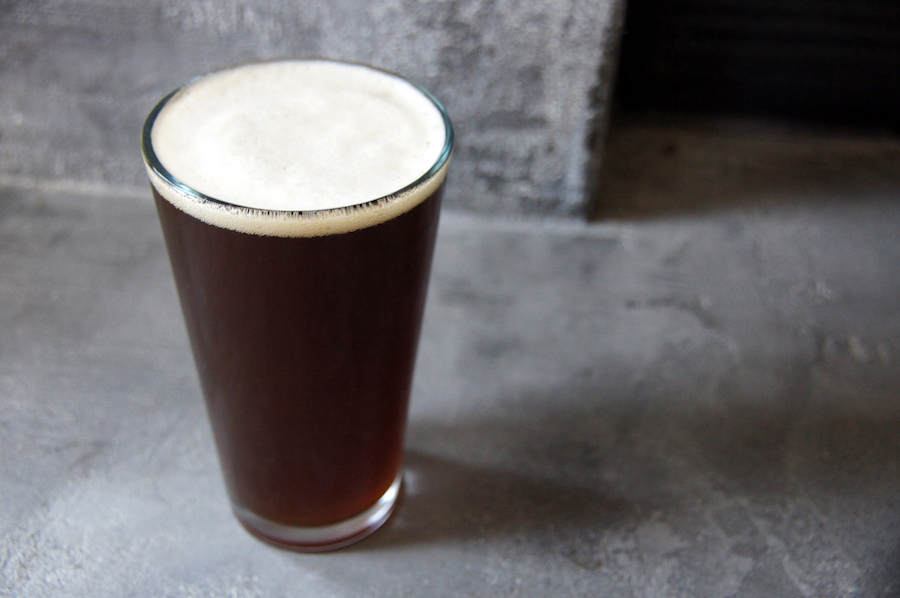 Bru Handbuilt Ales & Eats releases its pumpkin beer much later than everyone else’s, because Bru waits until local Munson Farms’ pumpkins are at their very peak before it starts brewing. The process itself is complex with various additions throughout the brewing that add to the flavor.

First, the pumpkins are roasted until they’re oozing in their own caramel. Then, the meat is scraped out and put into the mash, along with fresh-grated ginger root. The brewers add various spices throughout the boil: cloves, nutmeg and allspice. At the end of the boil, they add a ton of molasses.

“I look forward to brewing and drinking this beer all year,” Clark says.

Who says IPAs aren’t for cold weather? If you want a full-bodied red ale that is oh so wintery, this is for you. This seasonal beer, offered October through February, has a big piney hop-kicker at the finish, says Sierra Koenig with Boulder Beer Co. It’s hearty for an IPA and 6.4 percent alcohol. This IPA is red with a blend of five malts (pale malt, midnight wheat, melanoidin, carared, carapils) and a “blast” of Horizon hops, Koenig says. 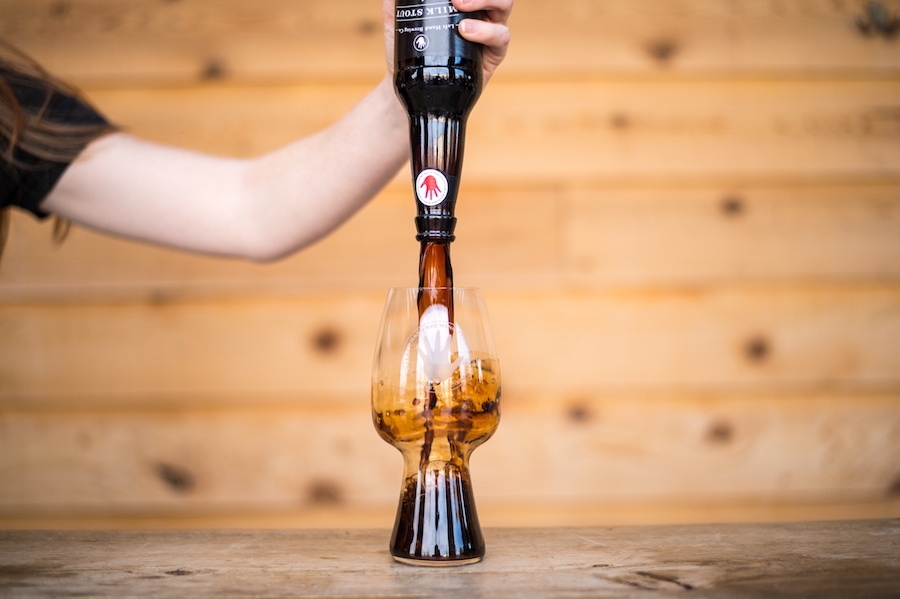 This Russian Imperial Stout comes from Left Hand Brewing, which has three major seasonals for fall and winter.

Wake Up Dead is a limited release beer that’s an ultra smooth combo of licorice, cocoa and dried fruit flavors. It is strong, too, at 10.2 percent alcohol.

Tip this back to celebrate International Stout Day a bit late (it was Nov. 2, but no one’s stopping you from a belated party). And anyway, Left Hand celebrates Nitrovember all November, highlighting its nitro beers.

Note: As part of the Nitrovember festivities, Left Hand is offering new Milk Stout Nitro cans. The Milk Stout Nitro is a sweet, smooth stout that is offered year-round. It has a mocha undertone with a soft roastiness.

These new cans use a special “widget” technology that provides a consistent nitrogen release from the bottom of the can upward — to go. The widget preserves that smooth, creamy, nitro finish. 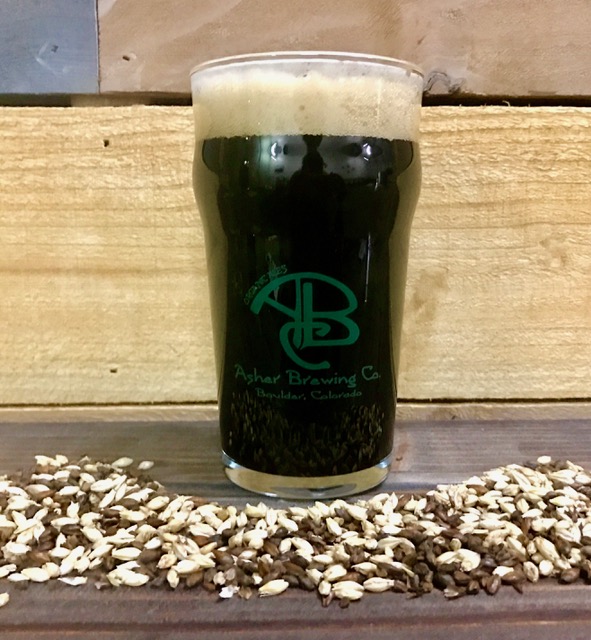 If a perfectly balanced stout is what your heart desires, look no further than Asher Brewing Co. Coming in at a smooth 6 percent alcohol, the Maceo Barker Stout has perfect notes of chocolate and coffee. In true Boulder fashion, the beer is named for Asher’s beloved brew dog and his name sake saxophonist Maceo Barker. The oatmeal and dark roasted malts provide a flavor like no other, which works well for colder weather. We give this beer extra bonus points for being all organic; Asher knows Boulder and reps it well.

Insider tip: Keep an eye out for the upcoming annual release of Asher’s Ginger Bomb brewed with about 8 pounds (yes, 8 pounds) of ginger root. It’ll knock your little fleece-lined socks off.

Sanitas Brewing Co. offers a fantastic ale for a limited time in the winter. The Stock Ale (8 percent alcohol) is an English stock ale with figs, inspired by the strong beers of old England. This ale is actually fermented and aged on organic dried figs, which add to the flavor. When you drink it, you’ll notice a strong malt flavor, plus slight fruitiness. It’s super rich and dark. 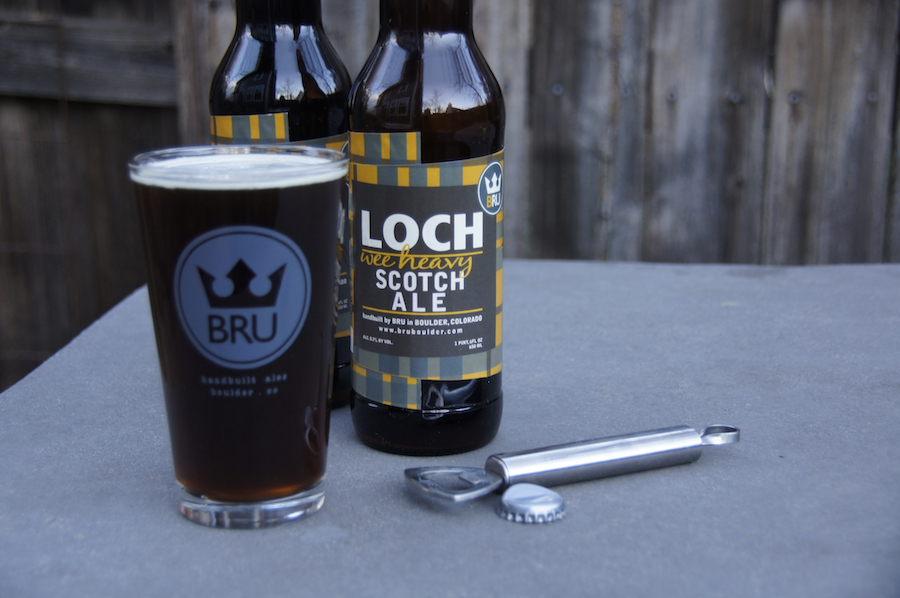 This is a different way to celebrate fall and winter. It’s malty, with a high alcohol content (8.2 percent), which will warm you right up. The beer is also slightly smoky, from the use of peeted malt, Clark says.

Loch Wee is actually brewed all year, but it’s perfect for the colder weather. Don’t believe us? The beer won silver in the Scotch ale category in the 2014 Great American Beer Festival, which is about all of the cred that you could possibly need. 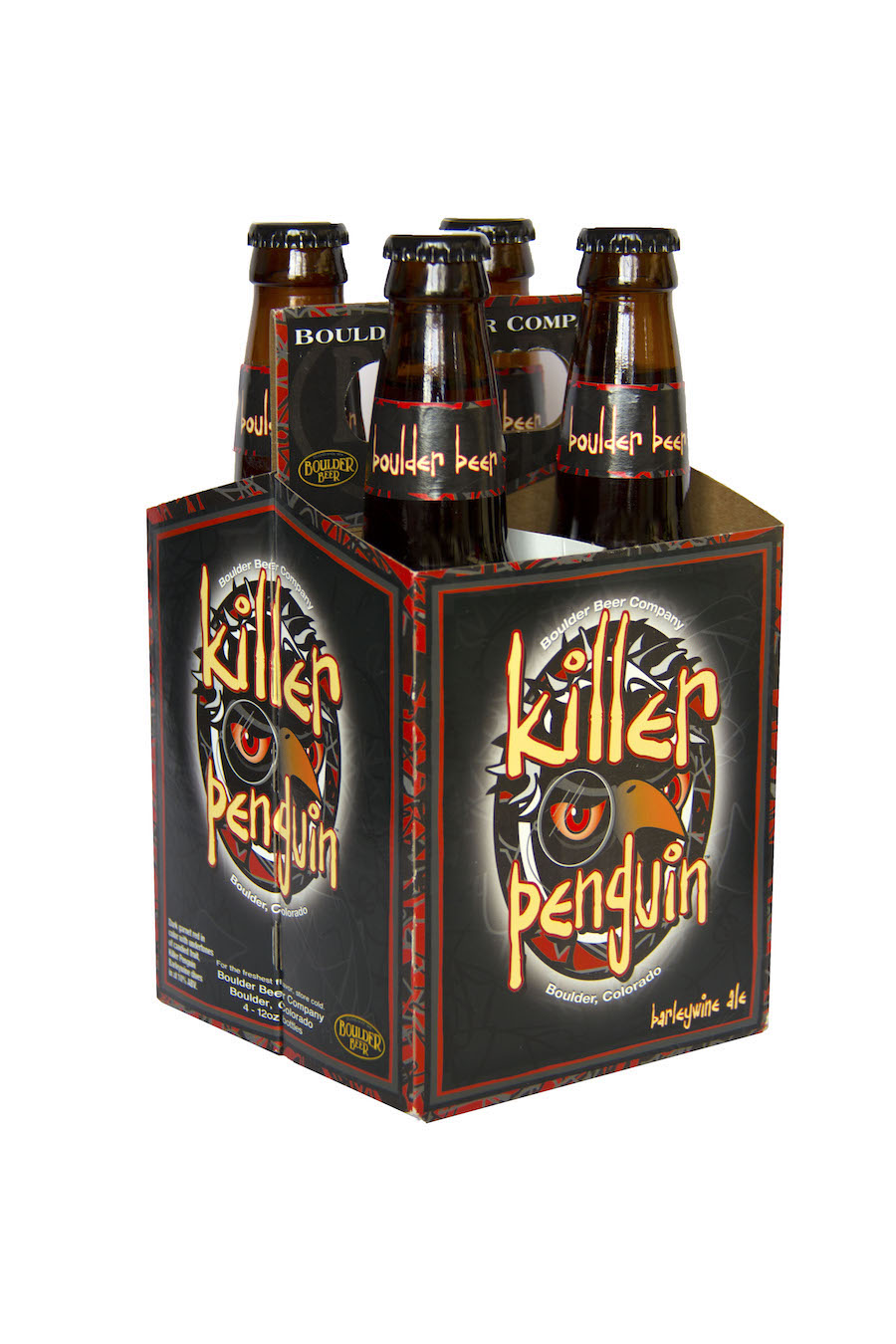 “This limited small-batch release is dark garnet red in color with a candied-fruit like aroma and flavor,” says Koenig, with Boulder Beer.

It’s a high alcohol percentage (10 percent), but it comes across smooth and balanced. It’s great for sharing with friends, Koenig says.

Find Killer Penguin November and December only in four-pack 12oz bottles, 22-ounce bottles and on draft. 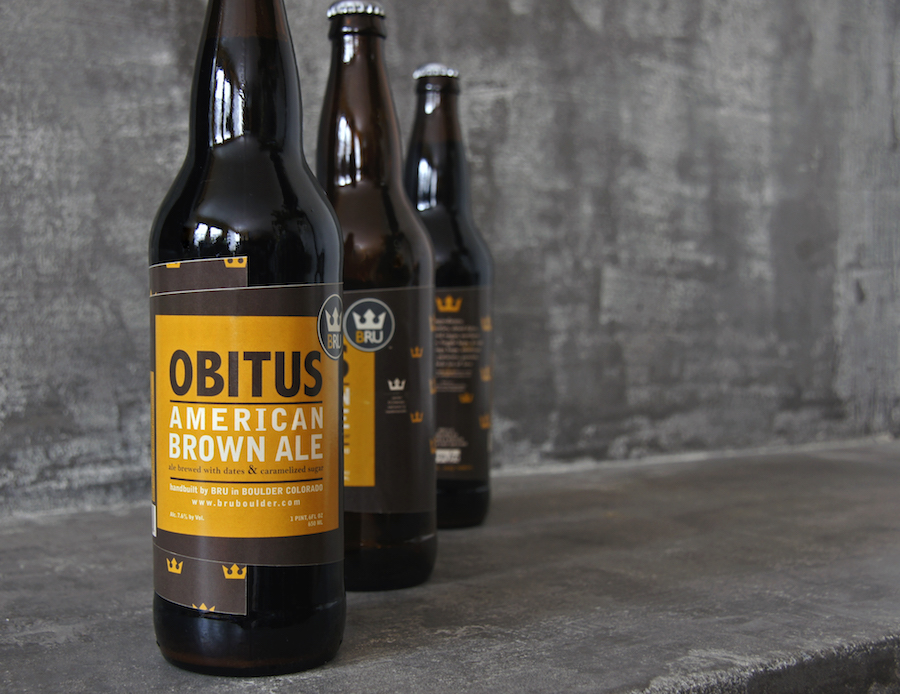 Again, this beer is brewed year-round, but it’s ideal for fall, on those occasions when you want a roasty, malty beer that’s not too “basic.” (There’s a lot of hatred for pumpkin these days.)

Obitus is straightforward, which makes it approachable for just about anyone, but then the adjuncts make it unique, Clark says.

First, Bru caramelizes sugar until it’s super dark, adding it in just before the end of the boil to preserve a strong caramel scent. A particularly fall flavor added to that is roasted dates, which hang in a mash bag inside the fermentor as the wort is transferred on top, Clark says.

“The result is a very complex brown ale that is both warming and comforting all at the same time,” Clark says. 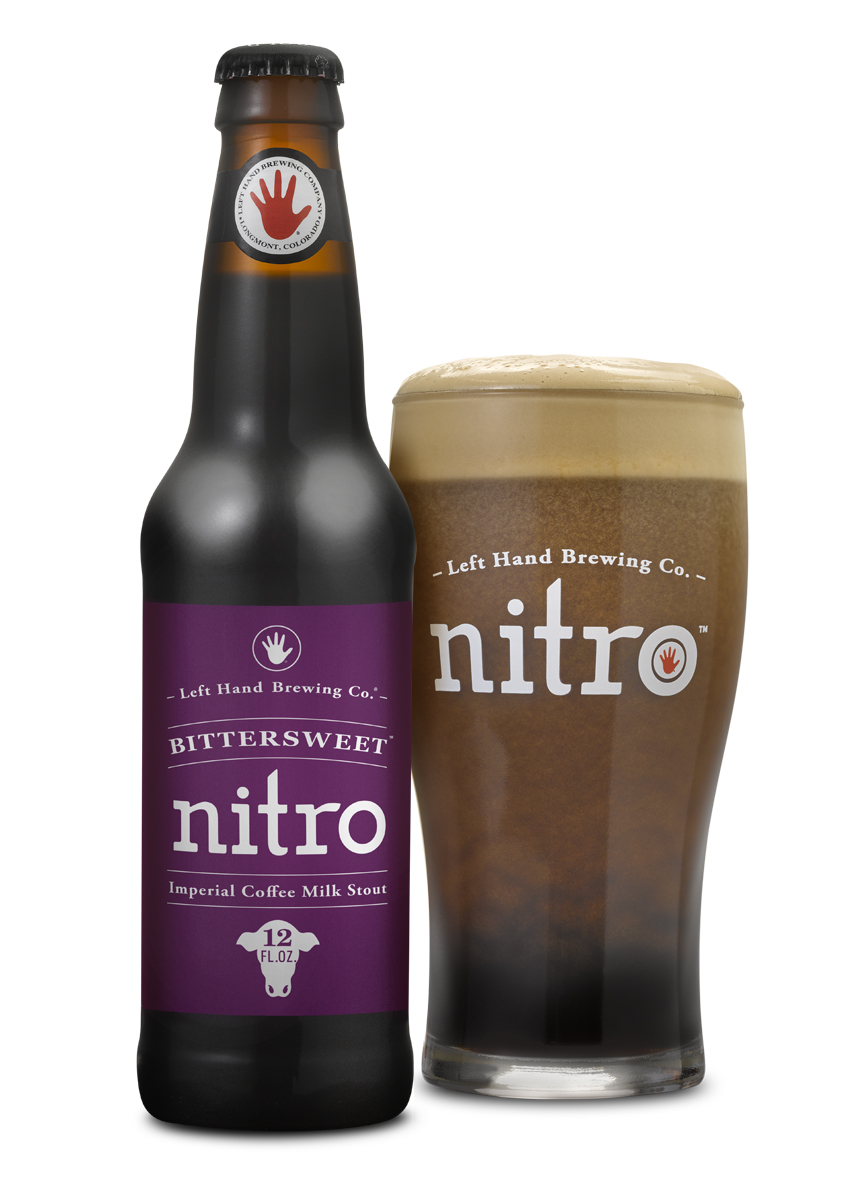 This is the second major seasonal beer for Left Hand.

This imperial coffee milk stout is perfect for coffee lovers. It’s smooth and creamy, blending notes of coffee with a sweet stout for an 8.9-percent alcohol beer.

Left Hand’s third seasonal beer to try is their Fade to Black, an export stout.