So you’re the sort that likes to explore a region by the sweet juiciness of its peaches or the peppery bite of local farmers’ arugula. Relax, farm-to-table eater. You’ve come to the right place.

While Colorado’s volatile temperature changes and frequent wind and hail storms make farming a risky enterprise, there’s plenty of it here, and local restaurants reflect that.

Boulder County is dotted with small vegetable farms that use organic methods and ranches that provide natural beef. Some, such as John Platt of Riffs Urban Fare on Pearl Street, have been gardening and working with local chefs way before Michael Pollan wrote “The Omnivore’s Dilemma.” Need more evidence of farm friendliness? The Boulder Farmers Market marked its 30th year in 2017.

You’d be hard-pressed to find a Boulder restaurant that doesn’t use local produce at the height of the season. Some go even further, storing root vegetables and winter squashes, canning and pickling summer produce, and using greens from local farmers’ hoop houses, cold frames and greenhouses. Local cultivated mushrooms and the occasional use of winter citrus from California rounds out the cold-weather flavors.

Here are some spots where the commitment to local food is taken very seriously. 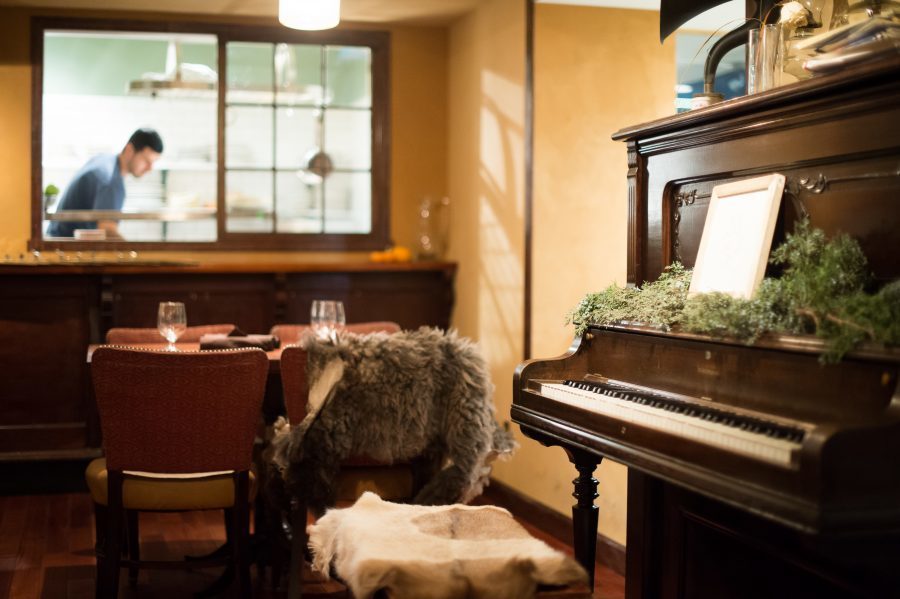 A glimpse inside Bramble and Hare. Photo by by Ashley Davis Tilly

Chef-owner Eric Skokan released his cookbook “Farm Fork Food” in 2014, after spending late spring making last-minute changes to recipes via his smartphone as he plowed the fields of his large farm.

Skokan’s acreage supplies his side-by-side restaurants with vegetables, pork, duck, and lamb. He even grows his own specialty corn and has it milled into polenta. Skokan uses sunflower oil, both because it doesn’t mask the flavor of his exquisitely fresh produce and because it’s from Kansas — the closest to local he can get when it comes to oil.

He keeps a larder of house-produced stocks, tomato fonduto, salted lemons, and other condiments from farm produce to more easily change the menu on the fly. That allows him to roam the rows of vegetables in the morning, tasting and picking produce at its peak for the night’s menu. The chef even works a little farm-to-mattress magic, contributing wool to Boulder’s Suite Sleep’s Little Lamb line of mattresses. 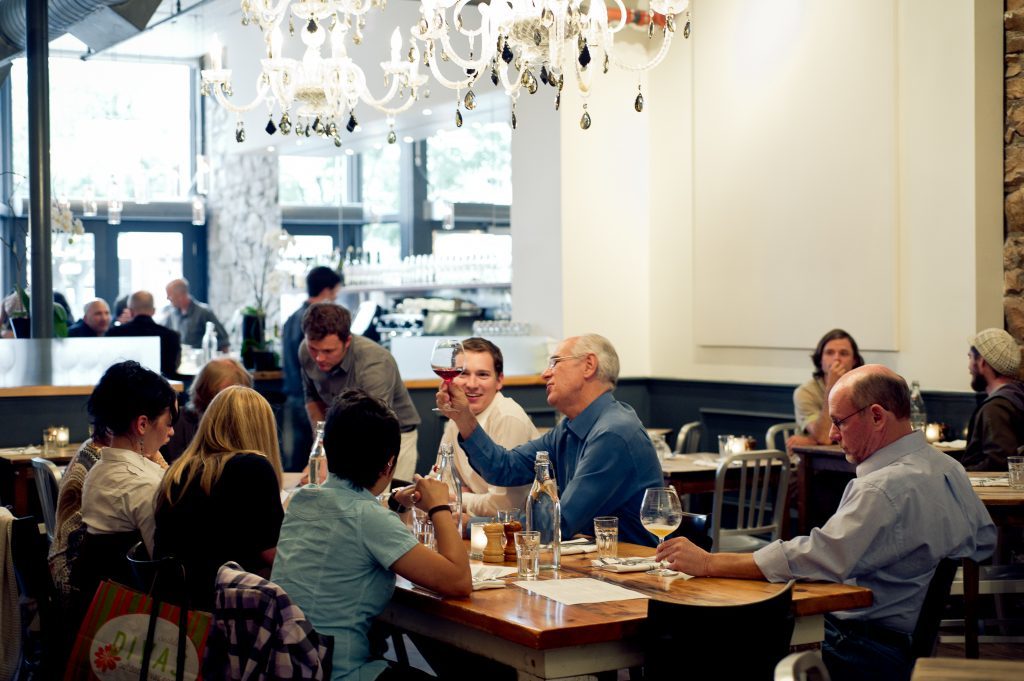 When the Kitchen opened in 2004, restaurant owners Kimbal Musk and Hugo Matheson hung a blackboard listing local farms from which they sourced their produce. That might include sweet corn from Munson Farms in Boulder County or peaches from Colorado’s western slope at the height of summer. In the spring, you might have delicate greens from Cure Organic Farm. The spotlighting of the farms that many Boulderites have seen at the farmers market helped elevate farm-to-table dining in Boulder.

At the same time, entrepreneurial farmers began selling more produce to local restaurants. If you happen to visit in the fall, you might see one of the chefs grab a kabocha squash from the fall decorative display that doubles as a storage spot for squash.

The Kitchen’s philosophy of cooking the freshest, most local food in an unfussy manner has led them to open restaurants in Denver, Fort Collins, Chicago and Memphis. In Boulder, the restaurant’s offerings also include The Kitchen Upstairs, which features seafood, charcuterie and small plates prepared in a wood-fired oven. The Kitchen Next Door offers a more casual, kid-friendly menu. Beet burger, anyone?

The Kitchen Community, the restaurant’s nonprofit arm, has built more than 100 school gardens in low-income areas in several cities across the country. 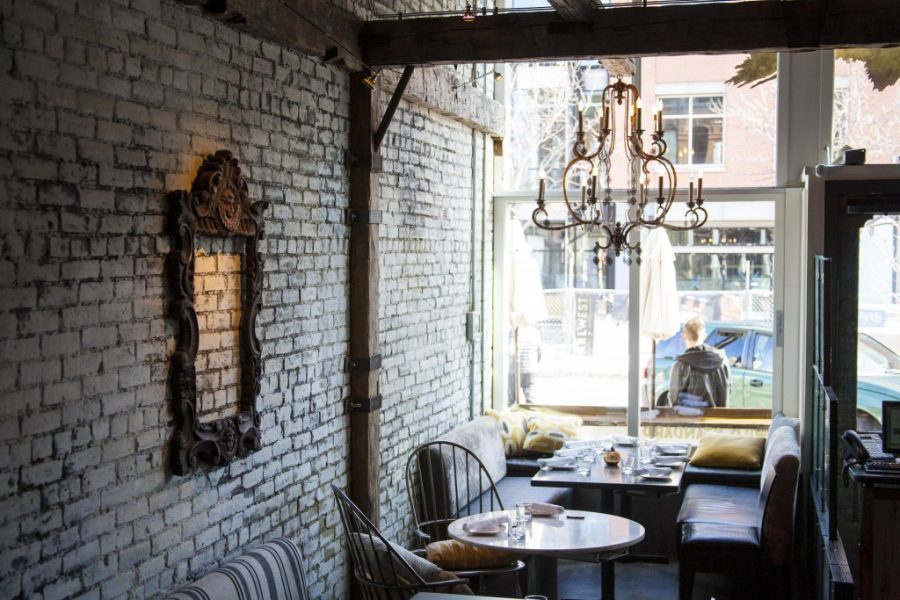 Wild Standard is known for its locally sourced produce. When produce is out of season, it’s taken off the menu. Here, you can also find pasture-raised beef and pork and locally raised chicken. While its seafood is obviously not local, the restaurant sources all of its seafood from purveyors who support sustainability and value organic ingredients.

Editor’s note: Colterra is closed until further notice, due a fire.

Bradford Heap, chef-owner of these three restaurants, is a Boulder native who first became enamored of gardening when his father paid him a nickel each to capture grasshoppers in the family garden. After cheffing at several spots in Boulder, he opened Colterra, in Niwot, with a vegetable garden that wraps the patio and with a commitment to all that’s local. The first winter after Colterra opened, he bought about 1,000 pounds of winter squash and stored it in the attic of the restaurant, which is a converted house.

He continued on the local path, opening Salt on Pearl Street in Boulder, with an emphasis on local bistro food, and Wild Standard, which spotlights local produce and sustainable seafood. One of Heap’s sources of pride is that his restaurants are GMO-free, which has required everything from all house-made condiments to using non-GMO oil in the deep fryer. Oh, and he still buys a lot of squash each fall. 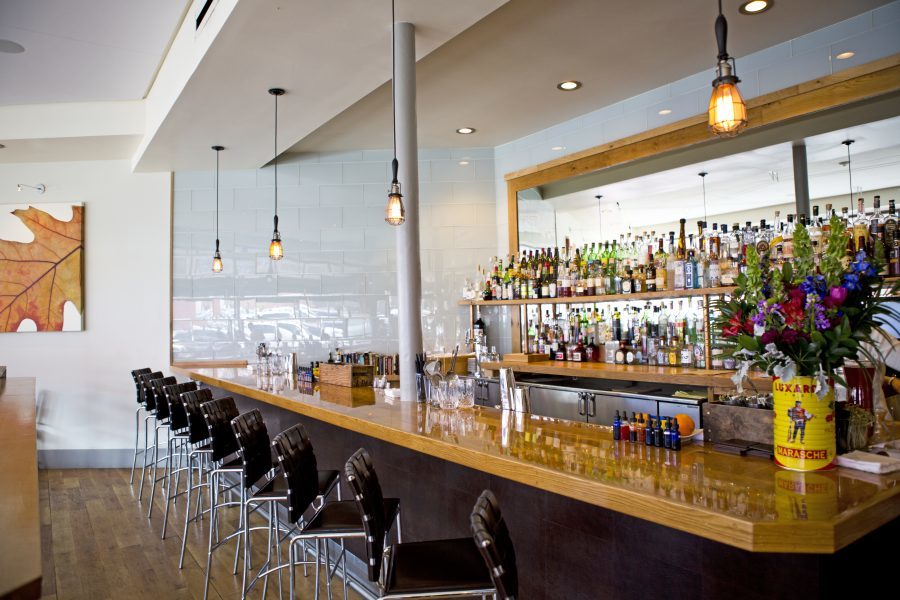 The interior of Oak. Courtesy photo

Oak chef-co-owner Steve Redzikowski has been known to have his servers taste an unadorned heirloom tomato before they sample the dish he has made from it. Redzikowski has put his wood-fired oven center stage in his cooking. He toasts bread, roasts local meats and vegetables and even lets Colorado’s stellar peaches get a smoky turn in the oven to enhance their sweetness. Redzikowski and his partners also own Acorn and a fast-casual restaurant, Brider, both in Denver. 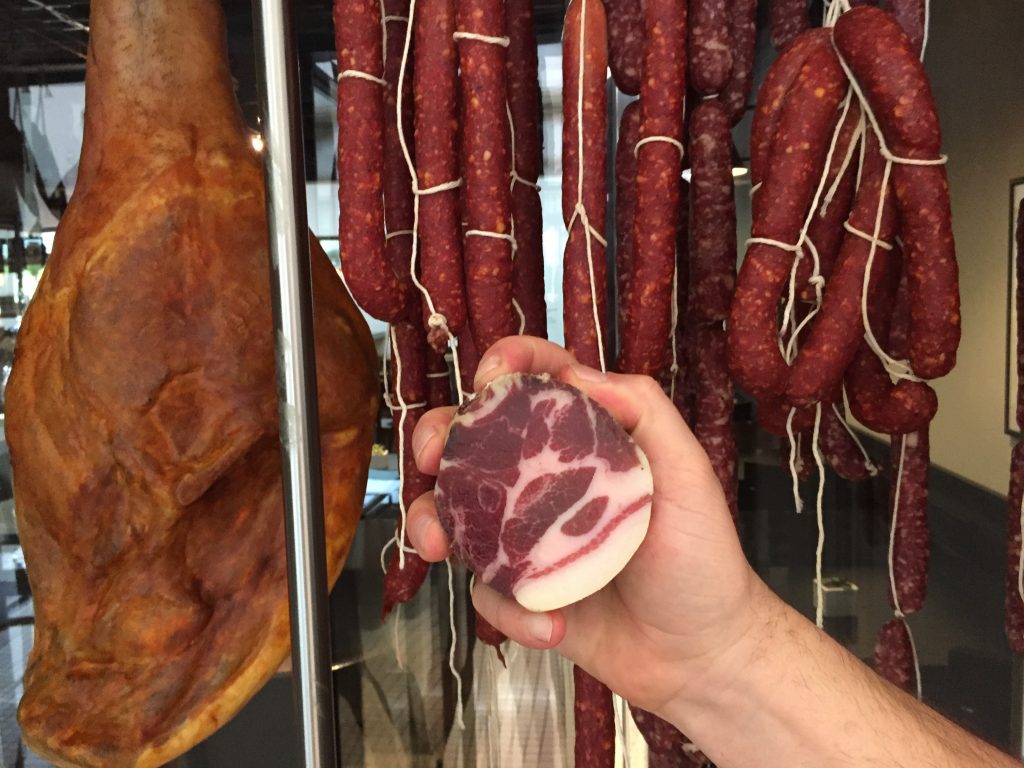 After winning “Top Chef” in season five, chef-owner Hosea Rosenberg spent some time traveling the world and thinking about what kind of restaurant he’d like to open. He became enamored with farming and raising a particular breed of sheep, called Blackbelly.

Rosenberg began building his dream with Blackbelly catering, then opened Blackbelly restaurant and later the Blackbelly Butcher shop. He has his own charcuterie program, in which he cures local meats, but he does not neglect local veggies and fruit. The butcher shop, which offers grass-fed beef from a family ranch in Wyoming as well as local pork, chicken, and lamb, serves hearty breakfasts and lunch sandwiches.

Arcana, owned by Elliott and Annie Toan, offers what they call roots foods from various regions. The cooking from old traditions is by its nature seasonal, and chef Kyle Mendenhall, an alum of The Kitchen restaurants, works closely with local farms to produce innovative, modern dishes that harken to the past.

How can a seafood restaurant in Colorado be farm to table? When it partners with Virginia-based Rappahannock River Oysters Co., to grow Chesapeake Bay oysters especially for Jax.

The oyster farmers use sustainable methods and work to replenish collapsing oyster stocks as part of their business model. The restaurant, part of a larger group, Big Red F, is owned by Dave Query, a pioneering restaurateur in Boulder.

Jax, which has several locations in Colorado and one in Kansas City, was the first restaurant in Colorado to be certified sustainable by the Monterey Bay Aquarium.