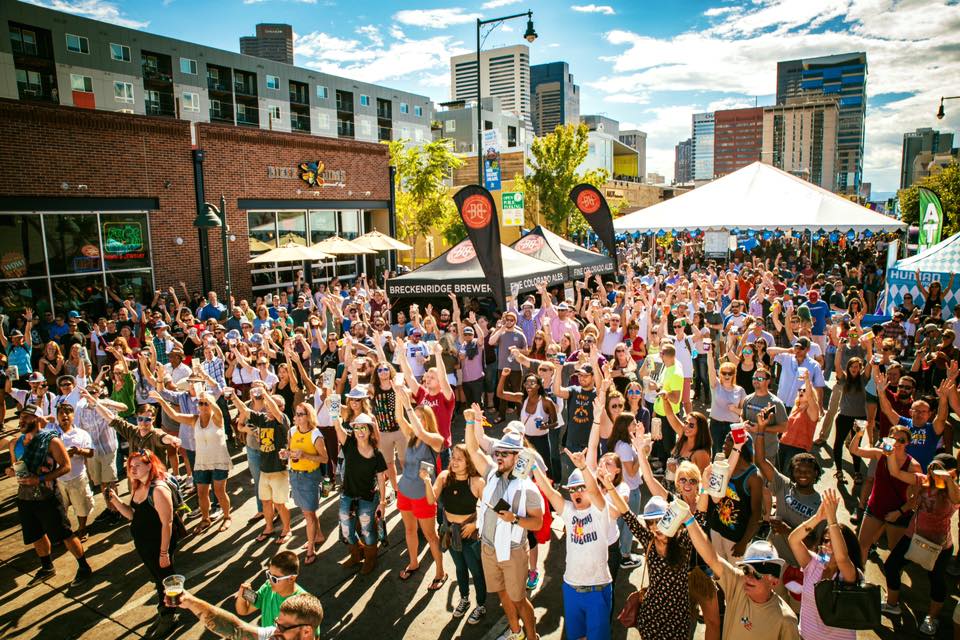 So you want to celebrate. There are plenty of excuses to party in the form of festivals, from music to wine to barbecue to rodeos.

Boulder itself has a ton of fantastic fests. But if you don’t mind a day trip, there are a handful of other highlights a short distance away.

It’d take a week for us to list all of the worthwhile festivals close to Boulder. But here is a sampling of some of our favorite festivals not far away, some big and some small.

Rocky Mountain Folks Festival: The mountain town of Lyons, just north of Boulder, is a quirky destination, in and of itself, but its August Folks Festival transforms the town into a lively musical destination. The town bursts with music from morning until 10 p.m. every night, with fun features like songwriting workshops, swimming in the St. Vrain River and camping on the banks. In the past, this annual event has drawn big names such as Brandi Carlile. 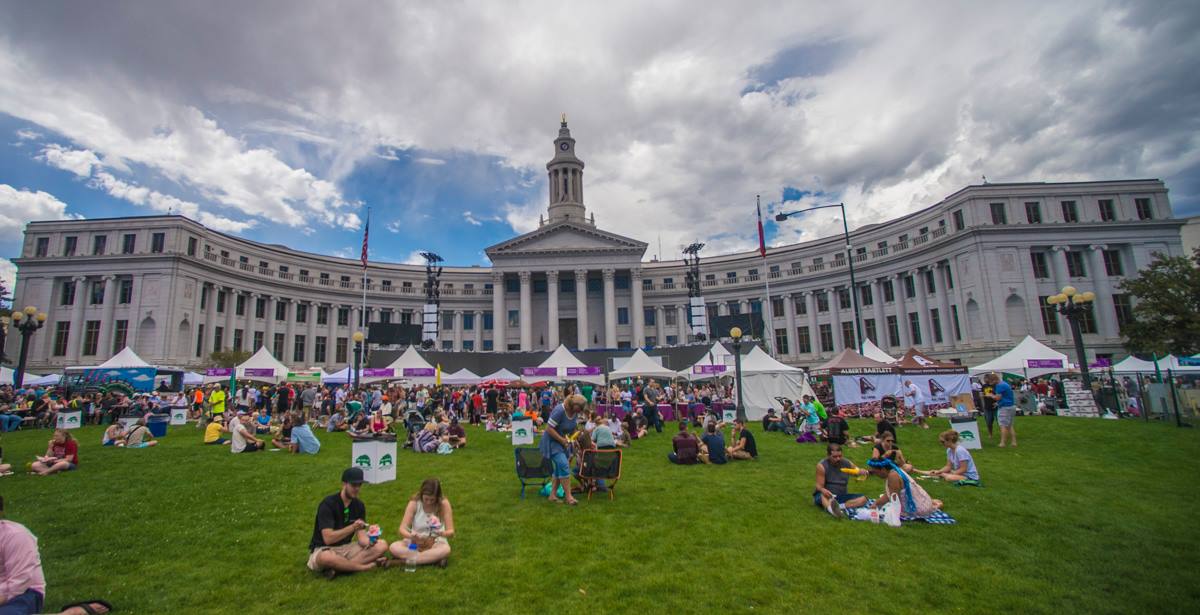 Distance: Less Than 1 Hour Away

Arise Music Festival: The annual Arise Music Festival every August in Loveland is a popular fest a short drive from Boulder, complete with camping, yoga, workshops, installations, art, activism and eight stages of live music. While Arise is relatively new (it just wrapped up its fifth year), it has already attracted big-time musicians such as Atmosphere, Beats Antique, Ani DiFranco and Brother Ali. It claims to be Colorado’s fastest-growing music fest.

Colorado Brazil Fest: While Brazilian music (such as Brazilian jazz) is certainly a highlight at the Colorado Brazil Fest in August, you can also enjoy Brazilian food, dancing and performances on the Pearl Street Mall and beyond. This unique cultural fest takes place in Boulder and Denver.

A Taste of Colorado: Foodies, this fest is for you. It’s one of Colorado’s most popular and best-known events. Head to Denver over Labor Day weekend every year for a huge food festival, with six different stages for live music. Check out hundreds of different vendors, along with half a million other hungry folks, at this mega celebration in Civic Center Park. Dance, eat, shop, watch demonstrations and get inspired by artists, culinary and otherwise.

Festival Italiano: Head to Lakewood for this fall festival that’s all about everything Italian. Lakewood transforms into mini Italy every September, and you can try scrumptious Italian food and wine, learn how to make your own Italian food, play bocci and then top it all off with tiramisu. But of course.

Oktoberfest Denver: While Boulder has some great Oktoberfest celebrations, you can also venture to Denver, where the 46th-annual Oktoberfest turns the streets into a mini Deutschland, with games, food, music and, naturlich, beer. The fest itself is free and family-friendly. Oktoberfest is one of Denver’s longest-running festivals. 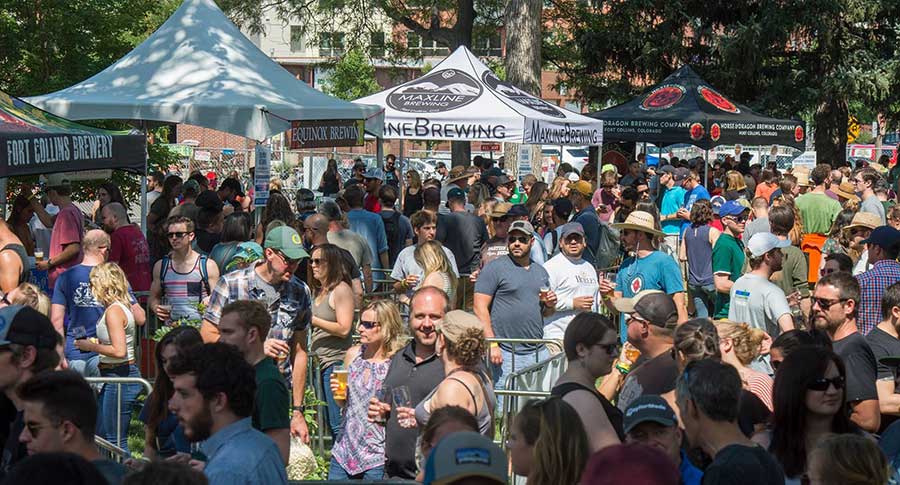 Greeley Stampede: Colorado tourists and locals alike enjoy this huge annual event, late June to early July in Greeley. The Greeley Stampede is one of Colorado’s biggest and best Western festivals and rodeos. It dates all the way back to the 1800s and is a true Colorado tradition. Catch big-name country stars on stage here.

BBQ Challenge: If you love barbecue, head to Frisco (not far from the ski town of Breckenridge) in June for the annual BBQ Challenge. Try food, watch cooking demos and even cheer on funny pig races. This typically takes place over Father’s Day weekend. Coincidence? Dad’s not complaining.

Breckenridge Wine Festival: Breckenridge is known for its fantastic fests, enough to base a whole separate list on, but the annual wine festival in June is one of our faves. Historic downtown Breck opens up with live music, great wine tasting, food, art and a silly rubber duck race down the river.

Colorado Brewers’ Festival: There’s not much Colorado loves more than its locally brewed beer, and the annual summertime brewers’ fest in Fort Collins brings dozens of breweries together in one place. Try creations from more than 50 Colorado breweries in Foco’s adorable downtown.

Glenn Miller Swingfest: Swing dancers and lovers of Big Band jams head to Fort Morgan every August for a three-day dance party that attracts people from around the world. The Colorado town of Fort Morgan was Glenn Miller’s home, so there’s no better place to honor his legacy.  The Swingfest includes a BBQ, movie in the park, music, cemetery tour and more.

Taste of Fort Collins: This is one of Fort Collins’ biggest festivals. Early June, this family-friendly foodie fest parties with live music, beer, wine, arts and crafts and lots and lots of food. Expect famous musicians, great art and shopping opportunities and to leave with a full belly. 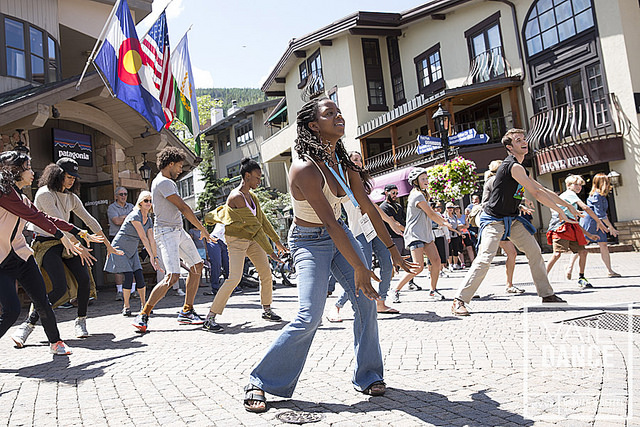 The Martha Graham Dance Co. dancing in the streets of Vail at the annual dance festival. Photo courtesy Erin Baiano

Manitou Springs Colorado Wine Festival: If you want to try Colorado-made wine in a mountain setting, trek to Manitou Springs in June. Its annual festival features more than 30 different wineries, plus food and vendors, all set in the charming downtown. Sober drivers get in for free.

Vail International Dance Festival: In the winter, Vail is for skiing and snowboarding. In the summer, it’s for dancing. For two weeks late June through early August, the well-known annual  Vail International Dance Festival brings world-famous dancers to Colorado (we’re talking the likes of the Martha Graham Dance Co.). This festival has been a Colorado staple for 29 years. Watch a clip from the festival here.

Vail Jazz Festival: The Vail Jazz Festival brings the best jazz musicians together for a 12-week series from June through September. This major event includes 200 artists and more than 70 shows. Then, Vail wraps up summer with a big, five-day jazz party over Labor Day weekend. Watch live jazz performances and even get access to dinner with the musicians and parties. The Vail Jazz Party is the grand finale of the festival, with more than 35 performers who join together for group jams and tributes. The party promises more than 35 hours of jazz music.