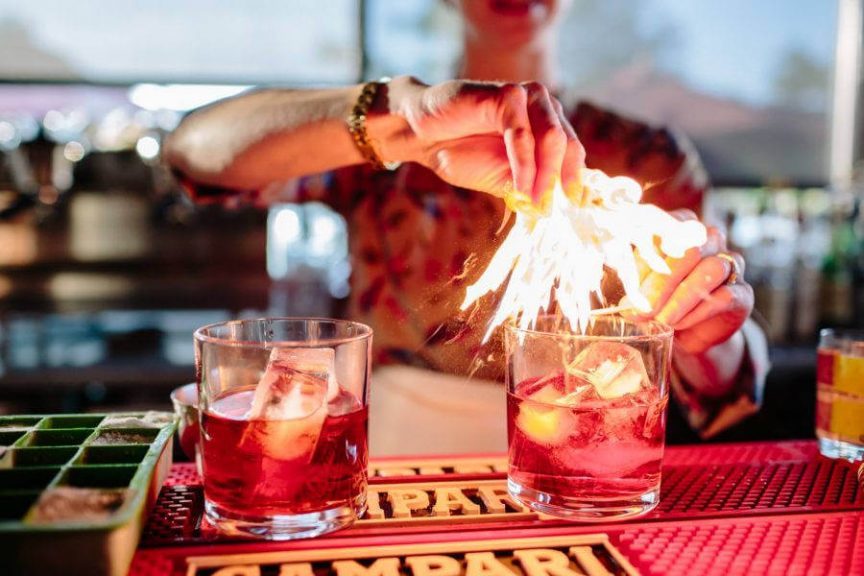 Boulder is a foodie’s paradise.

Don’t just take our word for it (even though you totally should).

Boulder has so many statewide and national food-related honors it’s basically the valedictorian of the restaurant scene. You might not expect this from what has also been named the skinniest city in America, but Boulder loves its food.

The Boulder County Farmers Market is known as one of the best in America, and the city is also home to some big-name food businesses such as Bhakti Chai, Celestial Seasonings and Izze Beverage Company.

When it comes to awards, Boulder cleans house. It was also named one of the top 10 Foodie Cities by Livability; Six Small Cities with Big Food Scenes by USA Today; Five Secret Foodie Cities by Forbes Travel Guide’s Blog; and America’s Foodiest Town by CoutureColorado.com.

If you aren’t sick of this brag bag yet (OK, even if you are), add to that list multiple acknowledgments by PETA for being a top vegan-friendly city, Veg News’ Top 12 Best Veg-Friendly Places to Live and America’s Best Vegetarian-Friendly Small Cities by GoVeg.com.

Some of Boulder’s individual restaurants are the rocks that have started these widespread ripples.

Here are a few of Boulder’s most prominent, award-winning restaurants that back us up on the claim that Boulder is the best place to go for a foodie vacation. 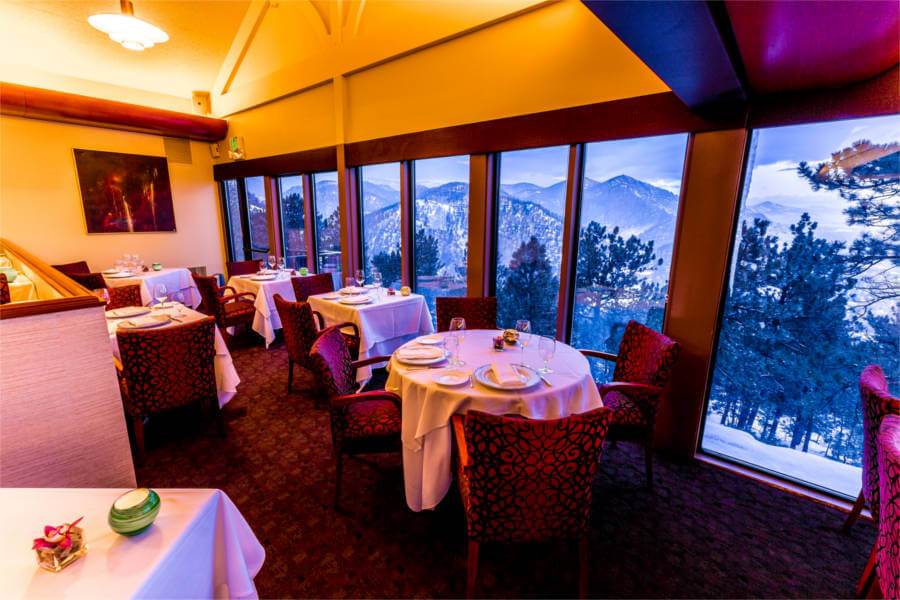 The view from the Flagstaff House dining room. Courtesy photo

Flagstaff House is Boulder’s shining star. This French-American, family-run business boasts more dining and travel awards than any restaurant, not just in Boulder, but up and down Colorado’s Front Range.

As soon as you walk into Flagstaff House, your jaw will drop at the view and, fittingly, Open Table has crowned this restaurant with one of the top 10 views. At 6,000 feet, perched on the mountainside, this restaurant overlooks Boulder and beyond.

In 2018, Flagstaff House earned its 40th-consecutive Forbes Travel Guide Four-Star rating (it’s one of the only Four-Star restaurants in the state), and it received the AAA Four Diamond status for the 29th year in a row.

Beyond that, Flagstaff House has long been rated the No. 1 restaurant out of about 500 options in Boulder on TripAdvisor.

The quality of libations here matches the view and food. Wine Spectator has awarded Flagstaff House its esteemed Grand Award (that’s the highest honor; less than 100 are named per year worldwide) every year for more than 32 years in a row.

Flagstaff really knows its wine. Its wine cellars (yes, plural) hold about 20,000 bottles. That’s the largest wine collection in the state, according to the restaurant.

If you’re feeling festive and have a couple lots of very many dollars to blow, you can order a bottle of the 1945 Chateau Mouton Rothschild for about $20,000. Or one of the more than two dozen Dom Perignon vintages. Or break into the Chateau Lafite Rothschild from 1889 (although a bottle that old feels like a relic that should be preserved, not consumed).

The Flagstaff’s list of honors is so long that it’s making our stomach grumble in hunger, so we are going to stop here. 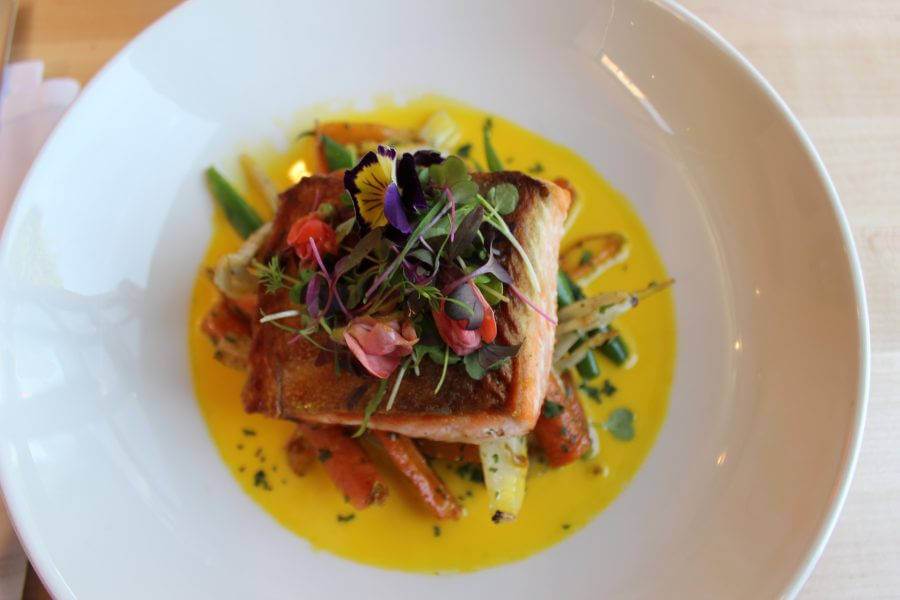 A dish at award-winning Blackbelly in Boulder. Courtesy photo

He has also been invited to cook at the James Beard House in New York City several different times. This is considered one of the biggest honors for a chef. Talk about foodie paradise, right here in town.

Blackbelly is his love child, with a menu that began filled with produce from his own five-acre farm in nearby Lafayette. His farm also raised pigs, lambs, rabbits, ducks, and chickens that eventually landed on the plate, fresh and locally raised. Although he has since sold his farm, the quality has not altered.

Blackbelly is the first and only independent, whole animal butchery in Boulder, and the only restaurant in town licensed to make and sell its own cured meats.

As such, the restaurant has been named in 5280 Magazine’s top 25 restaurants since it opened, and DiningOut Prime Picks called it the Best Chef 2015 and Best Farm-to-Table 2015.

The U.S. Small Business Administration also recognized Blackbelly for “inspiring the entrepreneurial spirit of the nation.” 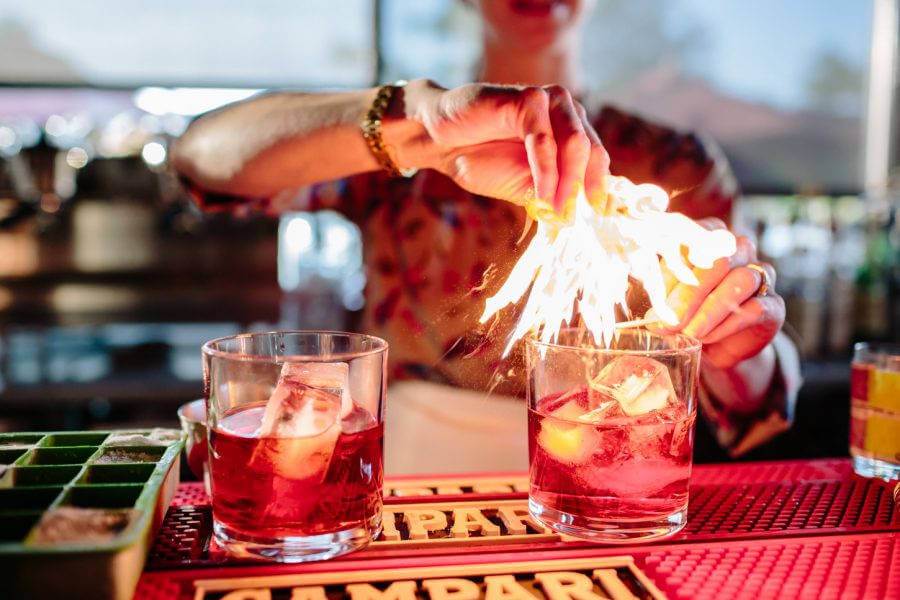 A cocktail at Frasca. Photo by Julia Vandenoever

It won a James Beard Award for its wine service, thank you very much co-owner Bobby Stuckey, a master sommelier, who is widely considered one of the most knowledgeable drink-makers in Colorado.

James Beard also sainted Frasca for having the Best Chef in the Southwest.

Also, Frasca was one of a few finalists in the country for the Outstanding Restaurant category, pretty much the highest award any restaurant can get, ever. Food nerds, don’t forget to breathe. For foodies like us, dining at Frasca is like meeting a celebrity. One that you can eat, but in a not weird way.

It’s Northern Italian food and smartly paired wines that are stirring up so much excitement here.

Local tips: Although it can be hard to get reservations, Frasca always keeps its bar open for walk-ins and the patio unreserved during the summer.

The best seat in the house is the chef’s table. Unlike some restaurants, where chef tables have a different, more pricey menu, Frasca’s chef table menu is the same. All you have to do is ask if the table is available. If it is, you get to sit right in the kitchen and interact with the team behind the scenes. The chef table is an antique table off the main floor with room for four guests. No secret password required; just request it.

Monday night tasting and wine dinners are a great way to experience Frasca if you’re on a budget. The restaurant invites a winemaker to showcase a portfolio and the chef builds a four-course menu around those wines. The whole meal is only $55 per person, which is a great deal for fine dining. The line-up for each month is announced in advance, and the menu is posted online the Friday before. The wine flight is optional ($45-$55 for three wines).

As for the best dish to order, try the Frico Caldo, a classic dish that insiders know about. The best way to describe it is it’s like the best cheesy hashbrown you could imagine. Cut it up into small, bite-sized portions as a way to start your meal.

Not sure what wine to order? All of Frasca’s by-the-glass options are also available in half-glasses. Order two different half-glasses and taste them side-by-side to experience different flavors with your meal.

Also, don’t miss the grappa cart, offered at the end of every meal. This is a traditional way to cap off dinner, and it comes amid a beautiful presentation in a walnut cart. It’s not too expensive, either; a pour of Amaro runs $5-$6. Pair it with dessert, if you have space. 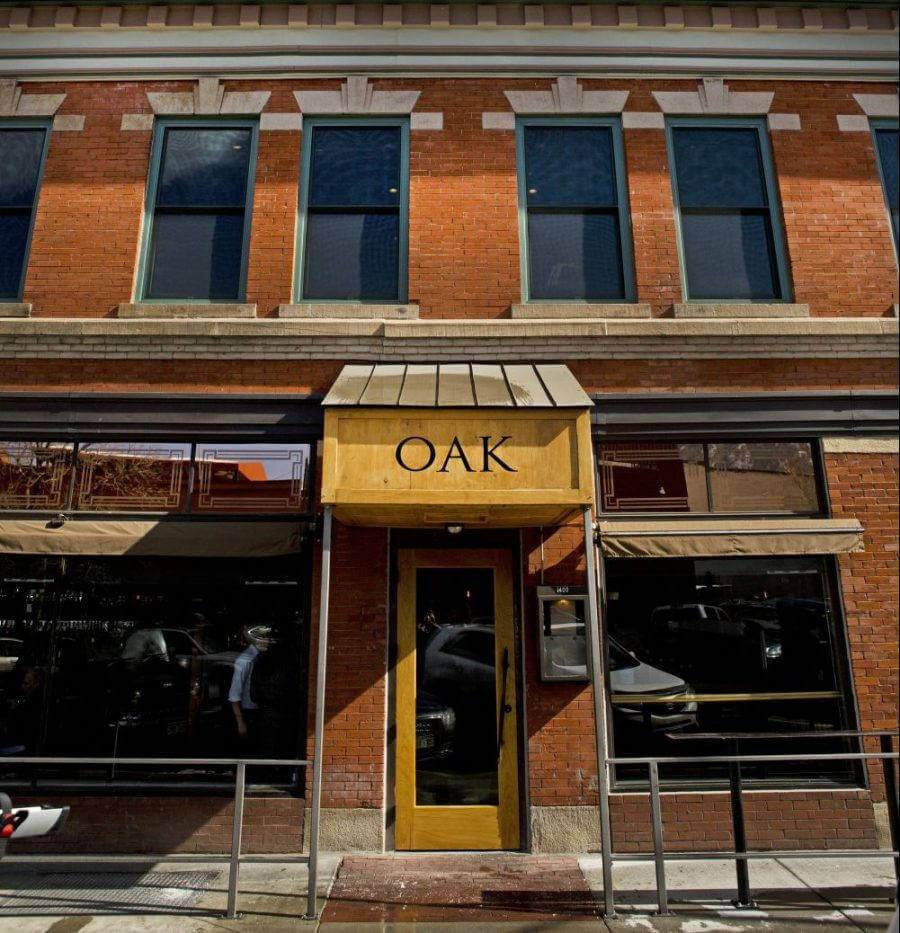 The exterior of Oak in Boulder. Courtesy photo

Oak is aptly named after its oak-fired oven and grill, the centerpiece for many of the innovative, locally inspired dishes.

It’s chef Steve Redzikowski who has earned this Pearl Street restaurant its reputation, including a spot on 5280 Magazine’s top 25 Restaurants in Denver list and a nomination for Food and Wine Magazine’s People’s Best New Chef.

Before Oak, he worked at Frasca, among other restaurants in New York City and California.

Zolo Southwestern Grill, 2525 Arapahoe Ave., was named “absolutely the hottest restaurant in Boulder” by 5280 Magazine and is regularly named one of the best places to eat in Boulder. 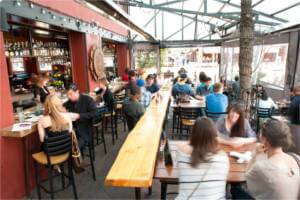 Jax Fish House, 928 Pearl St., was named one of the top 25 seafood restaurants by Travel + Leisure.

Centro Mexican Kitchen, 950 Pearl St., was named Boulder’s Best Mexican by Dining Out Magazine, the 10 Best Brunches in Boulder by USA Today and one of the best restaurants by 5280 Magazine.