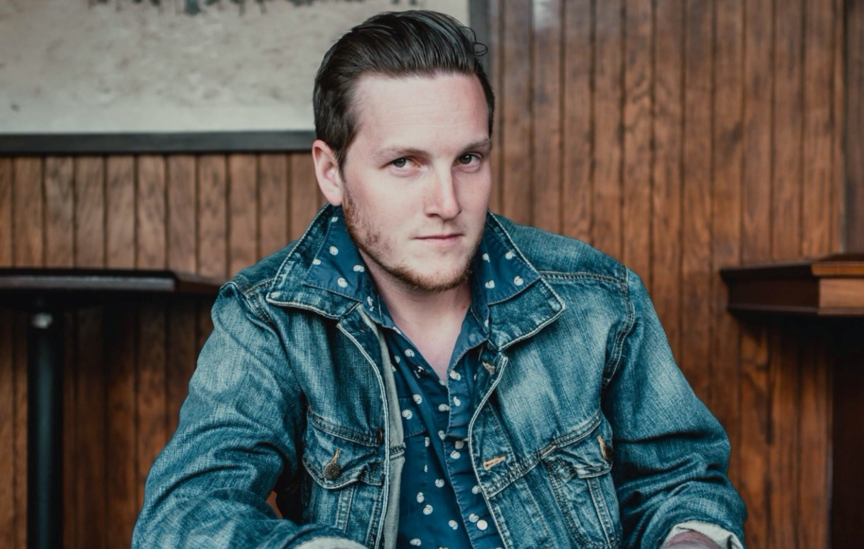 Singer-songwriter Andy Sydow’s music education started at Boulder’s eTown when he was just a boy.

“My father used to take me to eTown almost every Sunday,” he says. “That’s sort of where I decided I wanted to be a musician.”

Sydow, 29, says he saw many bands that inspired him, everyone from the North Mississippi All Stars to Natalie Merchant, Jackie Green and Ben Harper. The first time he went to the venue, he saw bluesman Keb’ Mo’ play a set.

But it was a set by blues guitarist Buddy Guy that planted the music seed in Sydow’s heart. He recalls showing up two hours early so he and his dad could have good seats. He found one in the front row. Guy came out on stage and partway through the set, Sydow’s life would never be the same.

“He came out with his polka-dotted Stratocaster, which I thought looked really cool,” Sydow recalls. “Buddy walked over to me and gave me his pick from his latest album, Sweet Tea. He let me play his guitar on stage.”

It would be an unassailably cool moment for anyone. A piano player up to that point, Sydow was immediately enamored with the electric guitar. He also liked the sudden influx of attention from 30-year-old women at the show.

“I remember leaving and just thinking, ‘Oh my god, that was so cool,” he says. “I want to do that.”

For the record, he’s not yet played a show at eTown, but it’s definitely one of his career goals. He’s been an instructor during the Trance Blues Festival, a yearly event put on by Boulder-based blues legend Otis Taylor and held at the venue.

“It was awesome,” he says of teaching at the Trance Blues Festival. “I got to meet a lot of musicians. … I made some new friends and got to hang with some old ones. It was a blast.”

Sydow and his backing band have played around Denver, including a music festival at Fiddlers Green as well as gigs at the Gothic Theatre and Ogden Theatre and he’s opened for Chuck Prophet in Denver and Washington D.C. He has a rotating cast of players in this backing group, the aptly named Andy Sydow Band. The current lineup includes Sam Miller, a flight instructor from Broomfield, on bass. On guitar is Andrew Rogers, the bar manager at Moe’s BBQ in Inglewood and a notable venue in its own right. Calvin Davis, a cybersecurity student, rounds out the quartet on drums.

“Anders was someone I saw and I went, ‘Holy crap,’” he says. “He’s that triple threat where he has so much soul and he sings really well and he writes really well. I strive to be all three of those things.”

Sydow also takes inspiration from late greats Tom Petty and Warren Zevon. The sardonic humor in much of Zevon’s work comes through in Sydow’s lyrics. Living or dead, Zevon on keys would be part of Sydow’s dream lineup at some imaginary show. He often covers Zevon’s “Piano Fighter” during live shows.

“Warren got me through study hall senior year,” Sydow says. “I owe him a lot.”

In his songwriting, Sydow has touched on many of the time-tested rock and roll tropes that have sustained the genre across seven or so decades — he goes through phases, including being a hopeless romantic and heartbreak phase. He’s branched out into other areas, too. A song on his most recent E.P. concerns a traveling musician who finds a home in Colorado. Another song written several years ago to no woman in particular is now dedicated to his current girlfriend. He sometimes offers commentary on contemporary society. Right now he’s hung up on the lifestyle of the average 20-something.

“Am I doing the right things,” he asks. “Am I doing life the right way? … I think about my lifestyle and wanting to get to where I can make a full-time living touring and playing original music. I also want to have a family someday, so I write about those types of things, among others. That’s been a common thread lately.”

Sydow grew up in Louisville. He currently lives in Lakewood, but he says Boulder and its surrounding communities, like his hometown of Louisville, all have an incredible amount of character. He admits to having what he calls a “Leave it to Beaver”-style upbringing, so he’s not sure he realized the rich character of his community at the time.

“My dad coached the little league team,” he says. “I had a very positive upbringing. Great family, great friends.”

He says he started seriously considering music as a career during his junior year in high school, around the time he realized he was never going to make it as a professional baseball player.

“I still love baseball,” he says. “I always played it and I always thought, ‘Oh, I’ll play baseball,’ and then I realized that crazy. And I’m good at music. I love music, so I started to buckle down.”

Sydow, who graduated from Holy Family High School, started looking around for open mics before attending the University of Colorado Denver and earning a bachelor’s degree in piano, graduating in 2013. He didn’t attend CU Boulder, although he is a huge fan of the basketball team, because he liked the music program in Denver better.

“Denver had a more contemporary program and that was attractive to me,” he says. “At CU Denver, there’s a lot of opportunities as a singer, songwriter and just all kinds of different genres of music, as well as learning about the music business and recording.”

As for his first actual “gig,” his memory is a bit vague. It was opening for a friend and possibly took place in a church basement. He doesn’t remember how it went, but it was the beginning of a jones to be on stage.

“I had a few friends come from school,” he says. “I don’t remember if I played well, but I remember being excited about playing a show and wanting to do it again. That’s where the addiction started.”

He has taught music for about seven years, including guitar, piano, songwriting, voice and even the occasional high school rock ensemble. He currently does it out of his house and he’s also worked out of a Castle Rock music shop in the past. His students range in age from 7-years-old to 70-years-old. Sometimes people want to learn piano to cross off an item on their bucket list. Others played as children and are coming back to it later in life.

“I love doing it, and I love seeing that light bulb go off,” he says. “I love connecting with students and knowing that for some of my students, it’s their favorite part of the week to come and jam out on guitar for an hour.”

Of course, the COVID19 pandemic took all of his live music opportunities away, as it did with many other musicians. But Sydow considers himself a glass-half-full type of person. He is healthy, and so are his family and close friends. That’s all anyone can ask for right now. Sure, he’s lost gigs, but he’s teaching lessons online, and for economic reasons, he’s OK with the virtual switch. It saves a lot of gas money.

Sydow’s been playing outdoor shows and socially distanced gigs, including the ever more popular house concert. So he’s making it work in spite of the adversity many in the music industry are feeling right now.

“I’ve written, I think, some of the best songs I’ve ever written,” he says. “I’ve been in that state where I want to write. I’ve produced stuff. I’ve switched gears a little bit. I’m always going to do music. If you take away one avenue, I’m just going to find another.”

Sydow released a three-song E.P. in May, Wicked Dreams, and two singles in September, and he has more releases planned in the near future. He strives to always have music in various stages of completion in order to keep his days full. And keep his sanity.

“I’ve just been consistent in trying to record things,” he says. “I always like to have something I’m writing, something I’m doing pre-production on something, I’m recording something and something I’m working on mixing, mastering, releasing.”

With the world so uncertain right now, it’s tough to really know what’s going to happen six months or a year down the road. Sydow hosts the Middle Class Rocks podcast as a way to keep in touch with his colleagues. Because he interviews musicians regularly, he thinks he might have the answer.

“My totally truthful answer is: I want to be more successful than I am,” he says. “From an audience standpoint, since I was 15, my goal has been to fill 500 to 1,000 cap rooms around the country or around the world playing original music.”

That’s not to say he’s overly career-minded. He also does it because he loves it.

“Music keeps me up at night and gets me out of bed in the morning,” he says. “I hope I can play music for you sometime.”

For more information on Andy Sydow, check out andysydow.com.