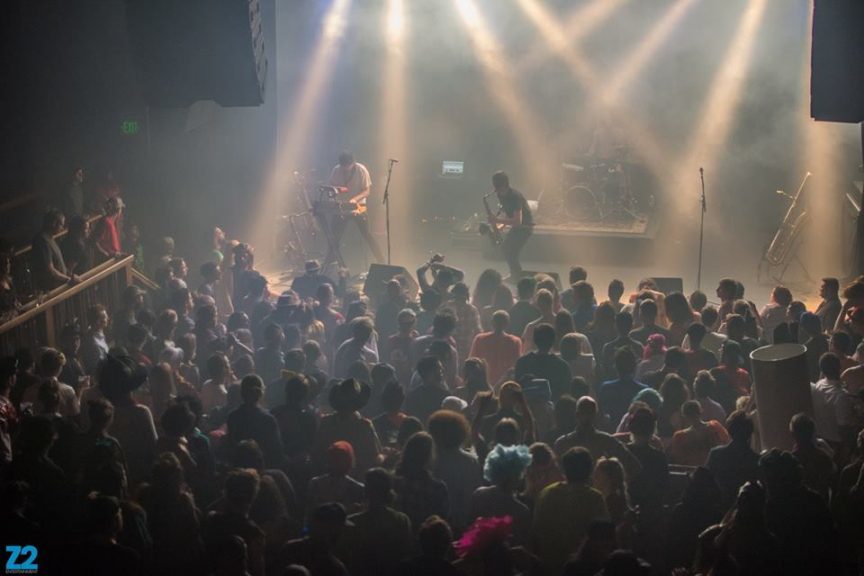 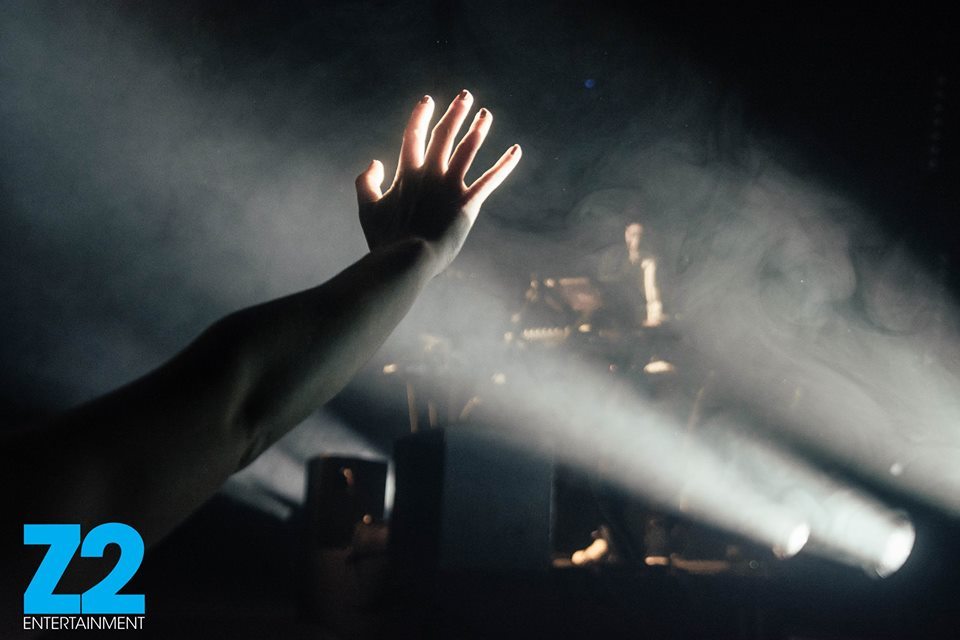 “Remember that one time when the Dave Matthews Band filmed their video for the song ‘What Would You Say’ at the Fox Theatre? You know, the song that broke them? Yeah, that was awesome.”

If this post sounds casual, that’s because it could qualify as commonplace. Dave Matthews is just the beginning of a long list of famous artists who were catapulted to success in part by The Fox. Leftover Salmon took to the stage about monthly (sometimes more) during their early years. Rose Hill Drive recorded a live album in the venue.

The Fox Theater makes legends. And the Boulder venue is a legend itself.

This concert venue is located right in the middle of University Hill, also known as The Hill, near the University of Colorado campus. Rolling Stone Magazine recently named The Fox the fourth-best music venue in the country.

It’s known for its notable performers presented via an excellent sound system, all in a pretty intimate space with a max capacity of 625.

This year, the Fox Theatre turns 25. It’s celebrating big, with a ton of special events, shows and giveaways.

Appropriately, some of the stars who owe a slice of their success to the Fox are performing for the celebration. Of course, Leftover Salmon and Rose Hill Drive are on the ticket. 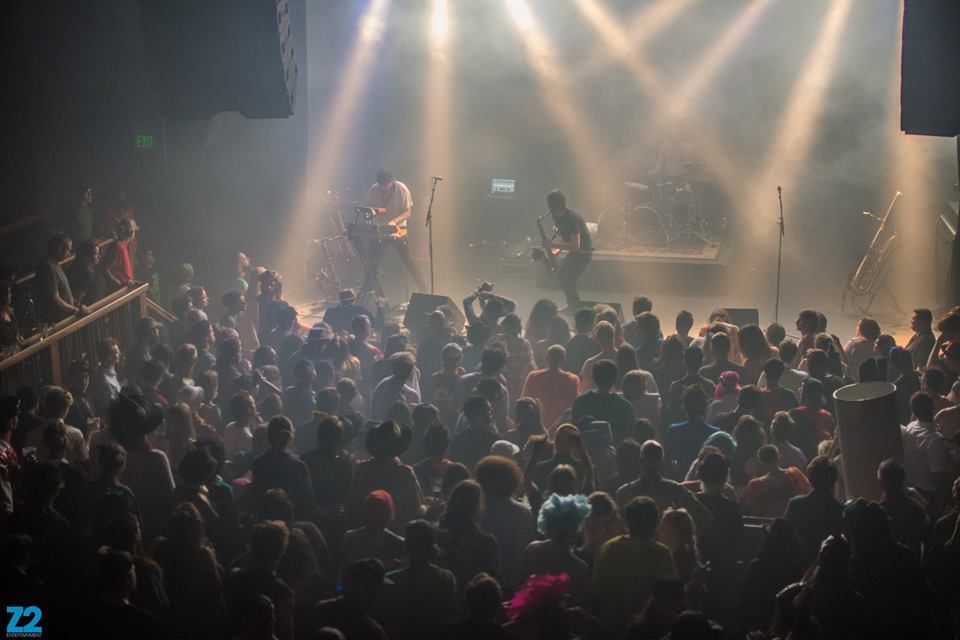 It has a wild history.

It was used as a movie theater, (possibly) a vaudeville theater, dance club (complete with jukeboxes on the balcony), rec center, a “soft drink and dancing place” that was closed down for illegally serving liquor, a “bar and grill,” a cafeteria and finally a concert hall. At one point, it even contained shops, including a “shine parlor,” barber shop, a penny arcade, a florist and a life insurance office.

The building has been destroyed by fire and rebuilt.

Over the years, it’s had a long list of owners, but it wasn’t until 1994 that the current owner (Celtic Properties) took over. It was a young group of twentysomethings with a lofty dream to open their own rock club. 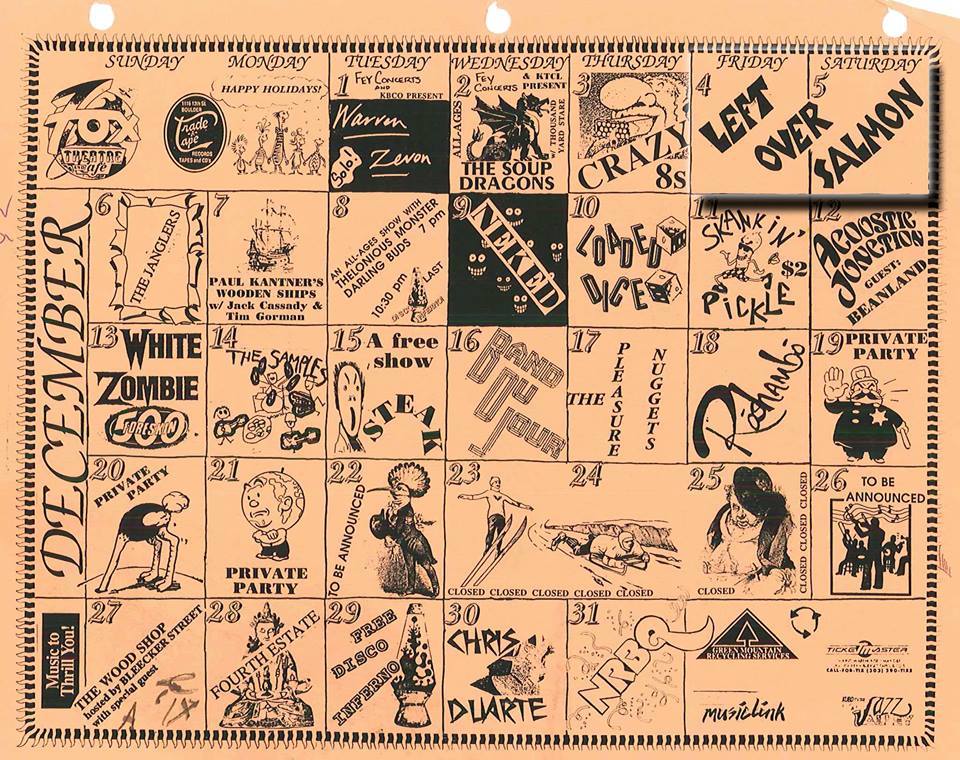 Today, The Fox is an entertainment landmark in Colorado.

“A visit to Boulder absolutely needs to include a show at The Fox, which is located in the city’s original bohemian neighborhood, The Hill,” says Cheryl Liguori, CEO Z2 Entertainment.

Although the venue was built in such a way that every seat is a good seat, she offers some recommendations on how to get the most out of your visit.

“Get there early, grab a drink and claim your favorite spot. Almost any location in The Fox is awesome for sight and sound. It was designed that way,” she says. 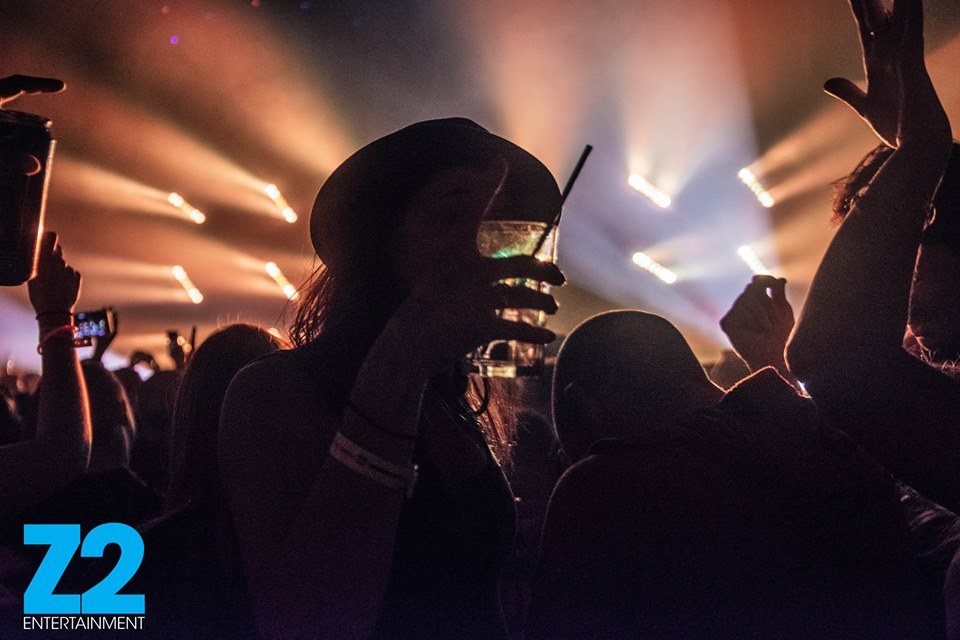 From the audience at a Gryffin concert. Photo by Z2 Entertainment

A few of the other performers who have played at The Fox over the past 25 years: Muse, Willie Nelson, Bonnie Raitt, Coldplay, Sublime, Radiohead.

Over the years, The Fox has remained a constant on the Hill, says David Weingarden, the main talent buyer for the Fox anniversary shows and Z2’s entertainment director of concerts and programming.

The main changes have been with the performers, he says.

“We are always trying to make sure the public is getting what they need by booking the best artists into the Fox. People’s preferences change – in particular, the college students,” Weingarden says. “What the students wanted 25 years ago, or even five years ago, is different than what they want now.”

He says musical genres are blending more, and those blends are now subdividing into increasingly more new niche genres that The Fox must stay on top of. 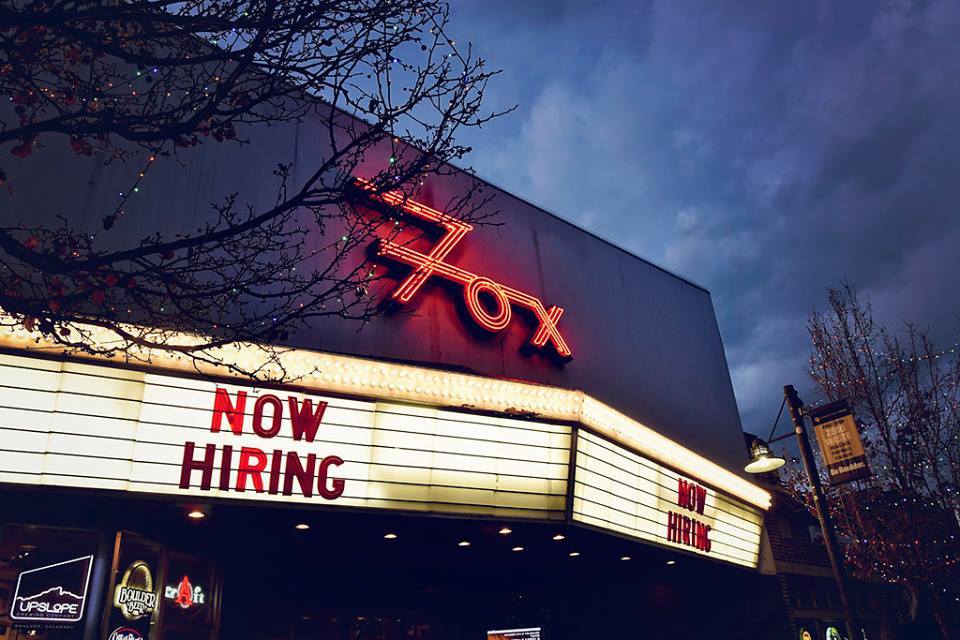 The Fox Theatre opened its doors for the 25th Anniversary Celebration on March 6 with a show by The Meters. Throughout the month of March, the theater will celebrate with special performances by guests such as Big Gigantic and 3OH!3. The bands chosen have all played important roles in the growing up of the venue. 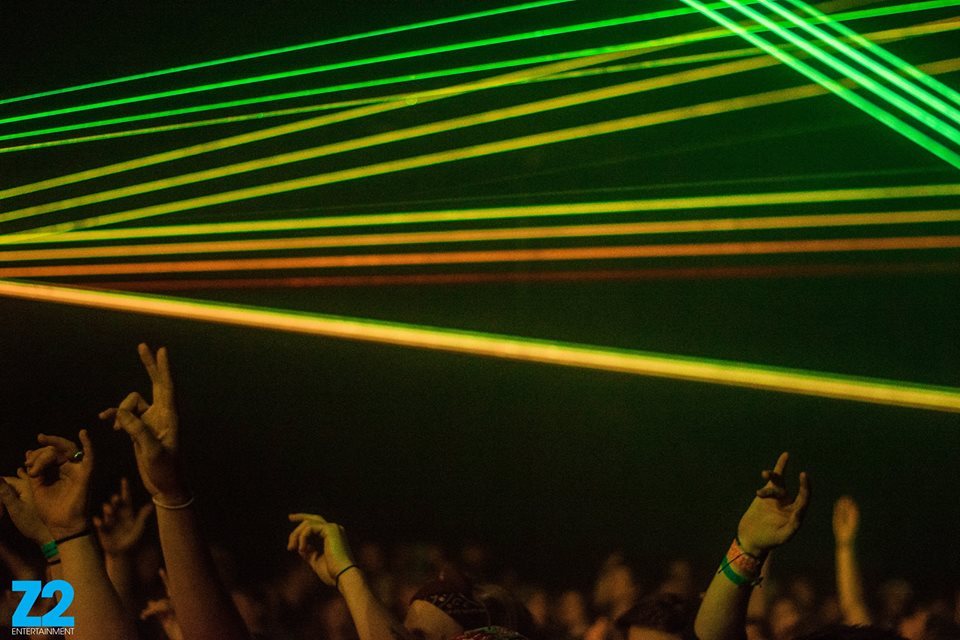 Lights at The Floozie concert at the Fox. Photo courtesy Z2 Entertainment 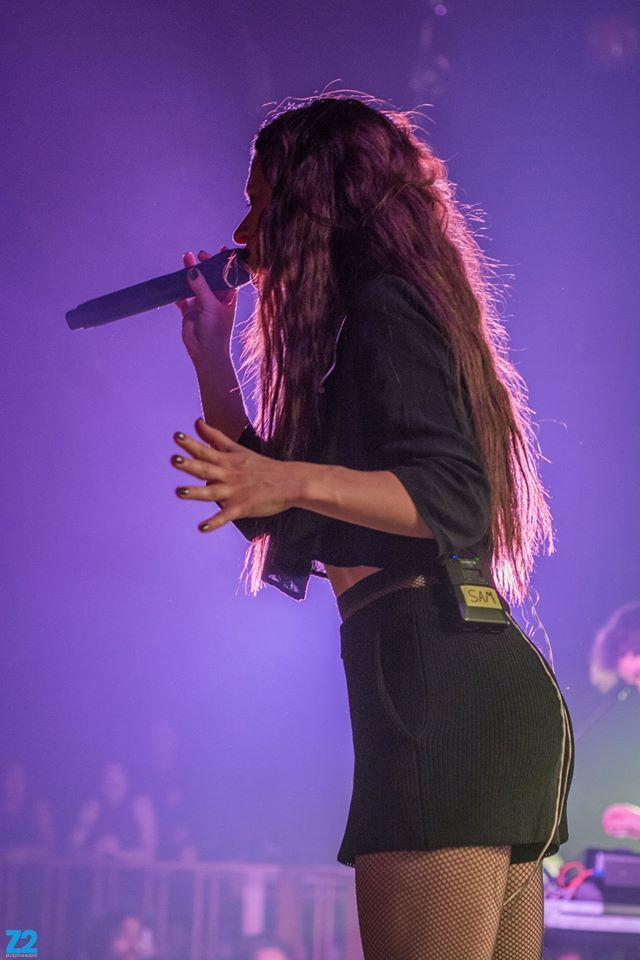