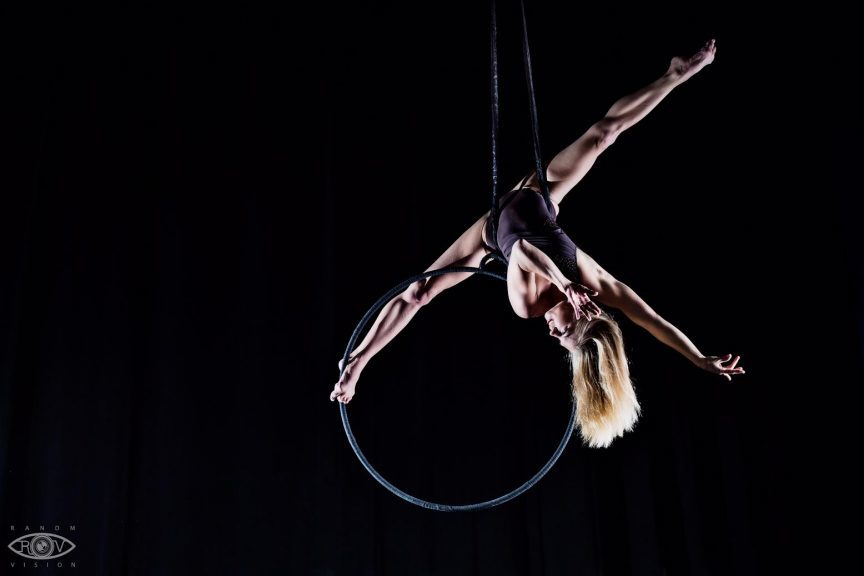 This article has been brought to you by Frequent Flyers Aerial Dance.

Boulder is taking flight. It’s time for one of Boulder’s most exciting annual events, the internationally famous Aerial Dance Festival.

This means some of the nation’s best aerial artists will be performing in an exclusive, intimate, jaw-dropping showcase that will never be replicated. For just this one weekend, if you’re lucky enough to get tickets, you’ll witness and get to meet world-renowned experts in circus arts such as trapeze, aerial silks and aerial hoop. Many have never performed together on the same stage. It’s a truly once-in-a-lifetime opportunity.

If you think Cirque du Soleil is impressive, you’ll love this. (In fact, the Boulder company that puts on the festival has performed for Cirque.) If you enjoy modern dance and creative arts, this is for you, too. If you just want to do something thrilling and unique with your weekend, you’re in luck.

It’s no surprise that people fly across the world to attend this festival and the shows are always packed.

Boulder is well known as an athletic hub for its Olympians, rock climbers, bikers, runners and triathletes. But Boulder is also a leader in aerial dance and circus arts. In fact, Boulder’s Frequent Flyers Productions was one of the first aerial schools in the nation, the first in Colorado and remains the only aerial school in the nation certified by the Department of Higher Education’s Division of Occupational Schools.

The founder and artistic director of this nonprofit, Nancy Smith, literally wrote the book on aerial dance. No, really, she co-authored the first book on the topic.

You don’t have to want to learn how to fly to reap the benefits of this cred; Frequent Flyers’ shows and events are second to none.

Frequent Flyers’ professional company and student company regularly put on performances at the Dairy Arts Center and around town (and beyond, such as the Kennedy Center in Washington, D.C.), but the Aerial Dance Festival is the highlight of the year. The 2017 festival kicks off July 31 and runs for two weeks. It features aerial dance workshops for all levels that are open to the public. Yes, even if you’ve never danced or flown before, there are classes for you.

There are classes in aerial fabric, cyr wheel, trapeze, handstands, flexibility and more, as well as one-night evening classes great for just dropping in to check things out. These classes include Thai massage and burlesque.

Find more than two dozen classes that can draw hundreds of participants.

Tip: If you have to pick one extra thing to do during the festival, attend the Intimate Encounters event, a small gathering where the instructors will talk about their work, do a demo up close and answer questions.

Sam Tribble, who teaches and performs on the cyr wheel, says the festival is one of the highlights of his year.

“You will find not just the facility and tools you need to achieve, but you are surrounded by inspiring peers and staff who not only listen but facilitate your ideas from mind to body and into the air,” he says. “It’s this type of caring and action that continually allows teachers to have the greatest impact on their students and is why I love coming back.” 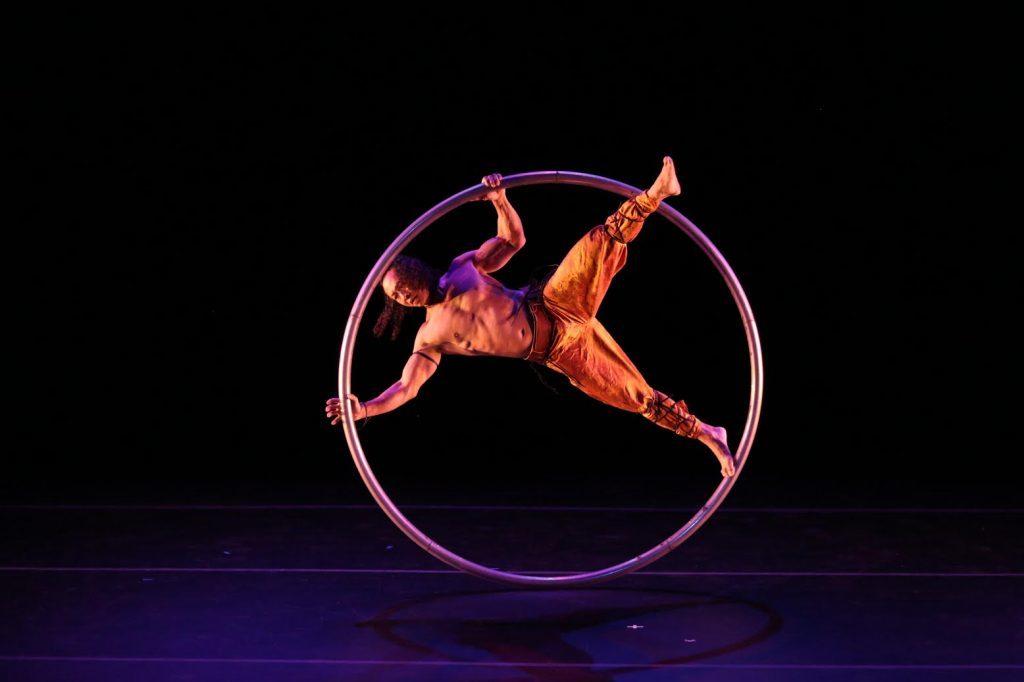 The showcase is the apex of the festival, showcasing the instructors’ newest work. Oftentimes, performers debut new routines and ideas at the show, Aug. 4-6. The 250-seat theater is filled for all four shows.

New for 2017: Sarah Romanowsky, who you may have seen on Instagram (she has more than 35,000 followers). She has one of the largest social media presences of anyone in aerial dance. She will be performing a lyra (aerial hoop) piece.

Also new this year is a themed showcase, “Toward the Light.” This is the first ever showcase with a theme.

“We did it in an effort to give artists something to play around with and also bring more cohesiveness and continuity and a unique perspective to the show,” Smith says.

“It’s the blending of those two forms that makes the evening really unique,” Smith says. “Some people are really drawn to the ‘gee-wiz-zing-pow’ and other people love the artistry and expression inherent in choreographic work.”

At the Aerial Dance Festival, you get both, she says.

The wow factor isn’t just what you see, but it’s also what the performances will make you feel and think, internally.

Many plan a staycation out of it. Explore Boulder by day, take a class if you’re feeling adventurous and end your day with the show in the newly revamped Dairy Arts Center. Snag a local brew in the art gallery lobby and sip it outside on the balcony at intermission. Stay and meet the performers after the show. It’s not every day that you can shake the hands (probably sweaty, calloused and fully chalked) with this caliber of aerial stars.

“At ADF, passionate people from around the world come to share and learn at the highest levels of our craft.  As a teacher, I’ve never had a better experience and as a student, I treasured every class,” says Teo Spencer, who will be teaching and performing this year. “Put it on your calendar; you’ll never take it off.” 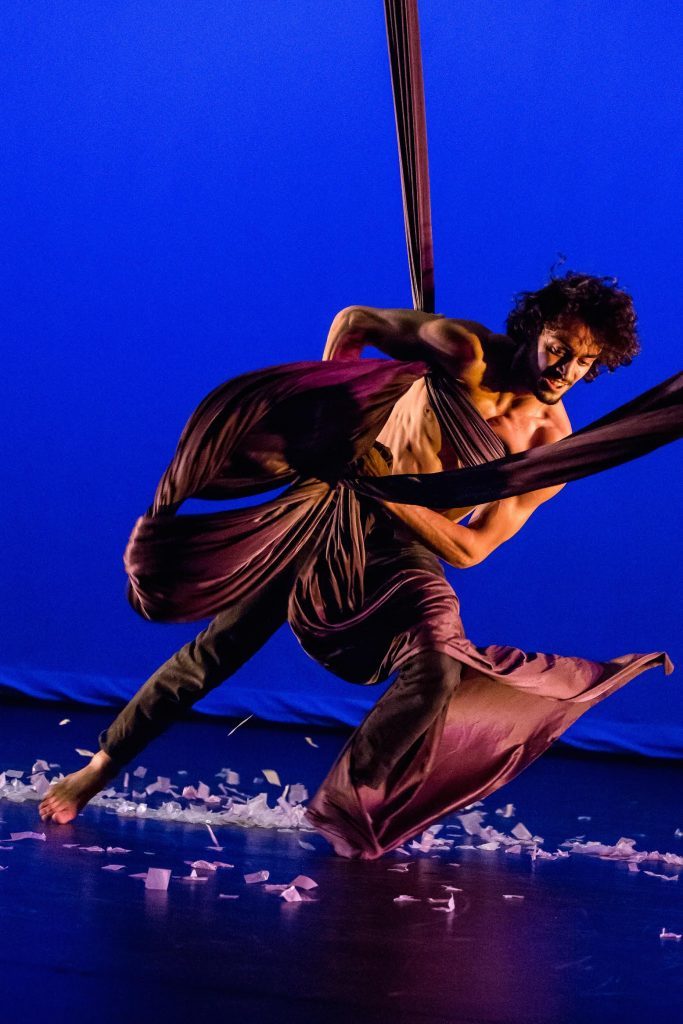 Teo Spencer will perform at the Aerial Dance Festival. Photo by David Andrews

Frequent Flyers Aerial Dance has been performing and teaching for over 28 years and is Colorado’s and the nation’s premier teaching, training and performing aerial dance organization. Frequent Flyers® offers challenging and fun classes in a safe environment with personalized instruction. Our Professional Company has performed internationally for Cirque du Soliel 60 feet in the air on the side of their headquarters building as well as at the Kennedy Center in Washington DC.