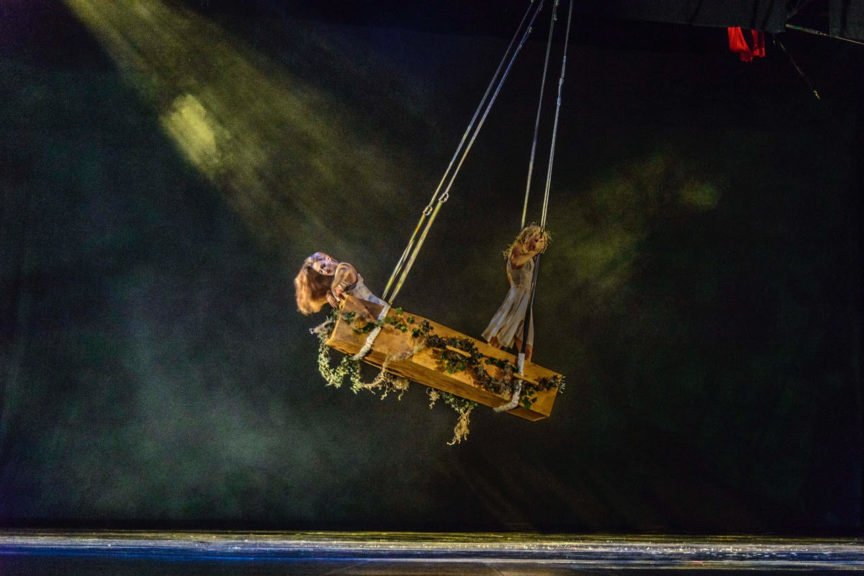 In the land of lore and legends, it’s unclear whether vampires have souls. Some say no, and that’s why they can’t see their reflections in the mirror.

Maybe that’s why all souls are being called to this vampire party: the All Souls/Vampires Masquerade Ball is Nov. 2 and 3 at the Dairy Arts Center, 2590 Walnut St., Boulder.

Halloween wraps up on Oct. 31, but the dark and mysterious is only just beginning to emerge. On Friday, Nov. 2, it’s All Soul’s Day. This is a holiday all about Purgatory — the spirits that have died but not yet entered heaven or hell. In that, these unfulfilled souls do have something in common with mythical vampires.

But really, this event is about getting your “immortal dead on” and partying, in celebration of Frequent Flyers Aerial Dance and KGNU, two Boulder institutions that are celebrating milestones this year. It’s Frequent Flyers’ 30th anniversary and the radio station’s 40th.

The event, open to the public 18 and older, starts at 7:30 p.m. both that Friday and Saturday. It encourages people to dress as their favorite dead ancestor, Day of the Dead, vampire or otherwise undead character (perfect if you missed Halloween or want more mileage for your costume). Prizes will be awarded to the best dressed.

The party begins with drinking (one drink is included with each ticket) and hanging out while listening to live music by DJ Buddha Bomb. Take photos, vampire style, in or by a hearse and in or by a coffin. Watch live performances by a belly dancing troupe, the Darshan Dance Tribe. Parade around in your costume. Buy raffle tickets. 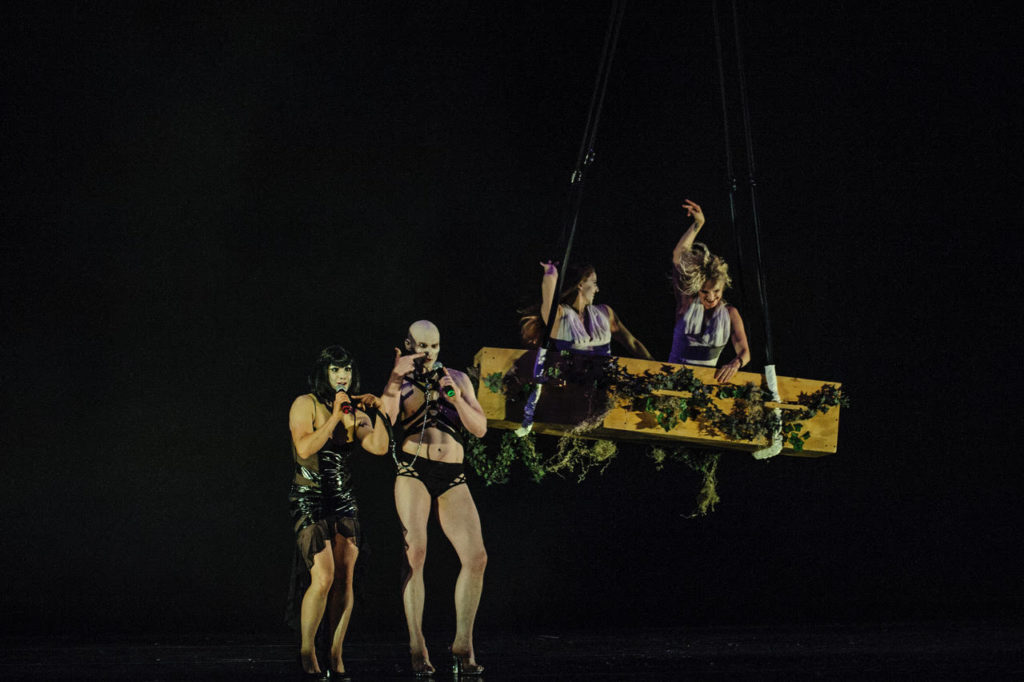 Then around 8:15 p.m., guests will be ushered into the theater, where they will watch about 35 minutes of excerpts from Frequent Flyers’ aerial dance production of “The Theater of the Vampires.” This vivid and thrilling performance was inspired by Anne Rice’s “The Vampire Chronicles.”

“The Theater of the Vampires” is a full-length show, last performed in Boulder in 2014, but for this show, the audience will be thrown right into the world of the vampires with a human in their midst. The first chunk of the show is sexy, dark and intense. Then it shifts into a more upbeat and more burlesquey performance, featuring Screamin’ Jay Hawkins’ rendition of “I Put a Spell on You,” complete with a flying coffin filled with dancers. Yes, a giant, wooden, swinging coffin.

“‘I Put a Spell on You’ is campy, funny, fun and light,” says Nancy Smith, artistic director and founder of Frequent Flyers. “The first part is in the take-in-the-vein, more dark, vampiric stuff.”

Smith says she dabbled in the idea of a dance piece based on Anne Rice’s books even before she learned aerial dance decades ago. When she began aerial dancing, she realized it was the perfect fit.

“It was one of the first ideas I had because of the seemingly weightless flying through the air, descending from the ceiling,” she says. “Aerial lends a superhuman quality to the superpowers the vampire have, and the look and feel of everything.” 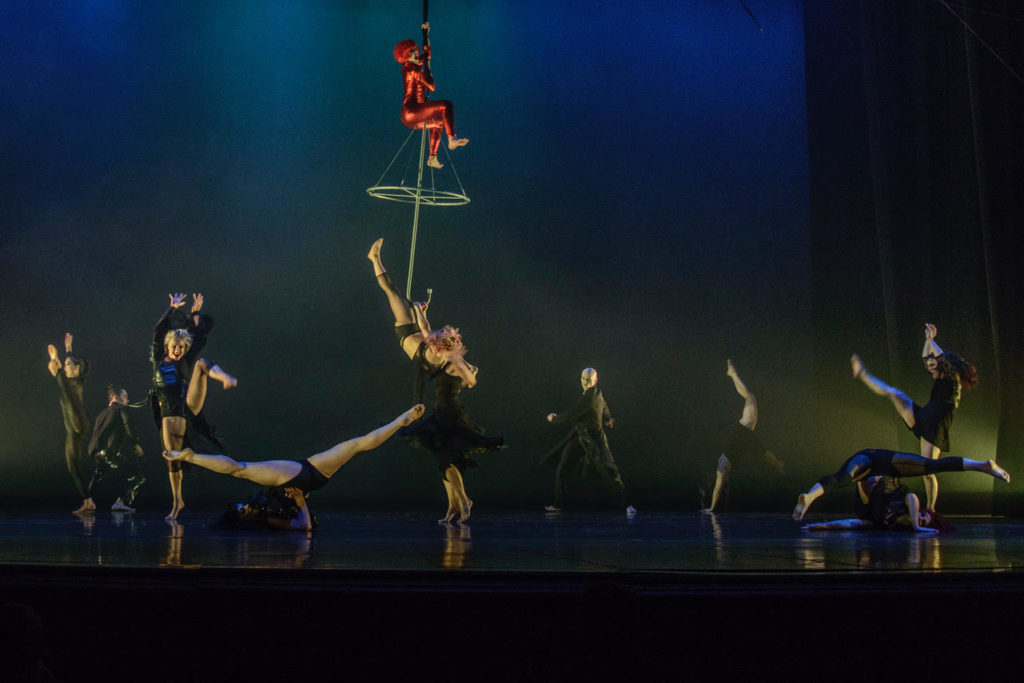 From the spider-like creepiness of hanging from the ceiling to flying across the room and the strength required to do it all, aerial dance embodies power and magic, Smith says.

After the dance performance, the party moves again to the lobby area, where there will be raffle drawings and the costume contest. The event runs until 10:30 p.m. You know, when the vampires among us need to get on with their day, er, night.