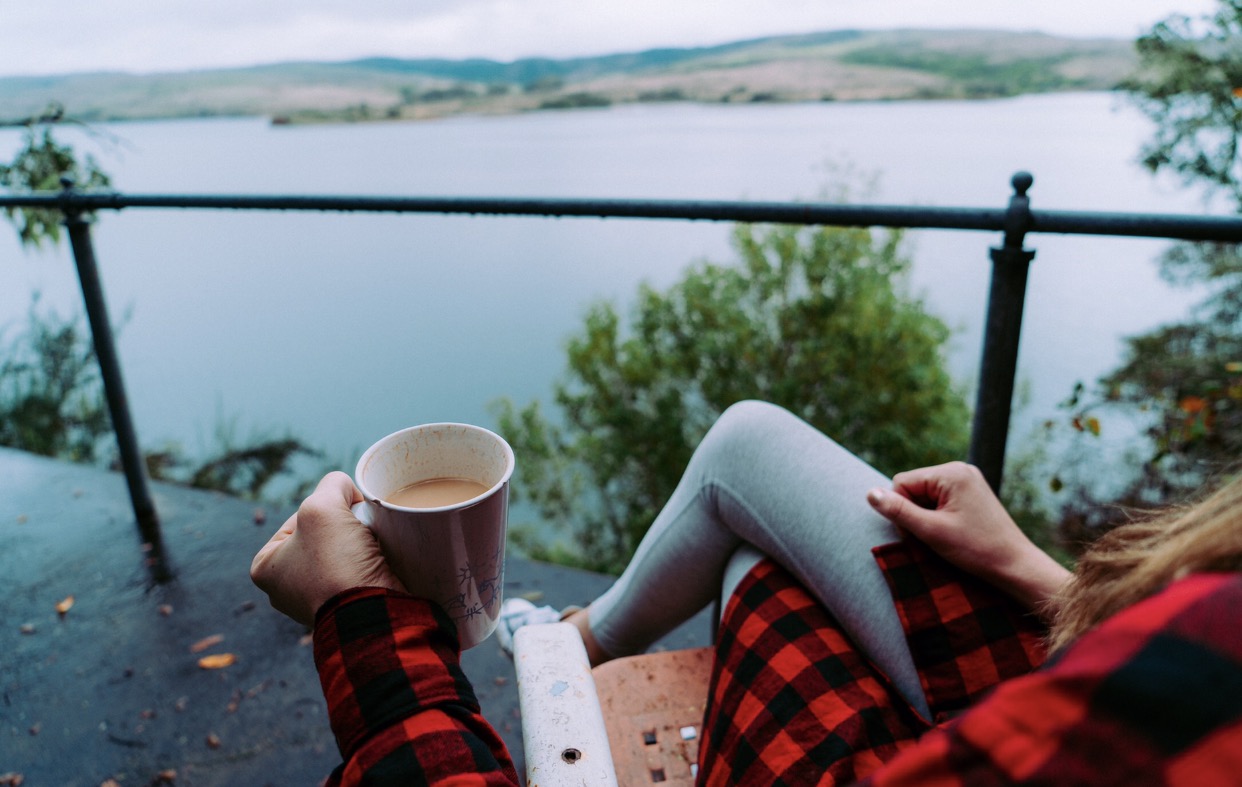 A woman sipping hot Cholaca. Courtesy photo
64
SHARES
Share
TweetSubscribe
No. More. Pumpkin spice everything. We’re sick of it. It’s done.
You know the trend is past its prime when fall strikes and social media turns into a slideshow of memes hating on it.

But secretly, we do get it. The warmth and spiciness does feel cozy and soothing, and the fall is pumpkin’s time to shine.

But pumpkin spice is not the only flavor in fall. There are so many other ways to warm up to the new season, without being so cliche Boulder suburbanite.

Here are 11 of the best fall drinks in Boulder — that are not pumpkin spice anything.

Let’s give rhubarb some stage time. Head over to the St. Julien Hotel and Spa’s T-Zero Cocktail Bar for a super tasty fall cocktail. The Autumn Rhubarb is a tequila-based fusion of 2 ounces of Chamucos Blanco, 0.5 ounces of smoked rhubarb Sfumato Cappelletti, spicy ginger (oh, so autumn), strawberry shrub and mint, grown in the garden on site. The strawberry gives the drink a little sweetness and the ginger a dash of spiciness, which together complements the Sfumato brilliantly.

“The cocktail has a lot of depth and complexity,” says Bryan Amaro, St Julien’s beverage and entertainment director.

The Autumn Rhubarb is served over three large cubes of ice.

“I love this cocktail because it’s proof that a tequila-based cocktail can show beautifully in the fall,” Amaro says.

Only in Boulder can you do a carbomb shot with a kombucha base. Drop a shot of kombucha into a cup of ginger beer at Boulder’s Rowdy Mermaid kombucha bar. The flavor perfect for fall: the Living Ginger Kombucha. You can find this at the tap house or Whole Foods.

Ginger is supposed to benefit your immune system and help fight colds in the winter, as well as just being warm and tasty when the weather is chilly. Ginger has been used in Ayurvedic practices since ancient times.

Craving some turmeric with your ginger? Try the Rowdy Belly kombucha.

Instead of a shot of peppermint schnapps to warm your belly (because, ew), take a shot of hot chocolate at Boulder’s Piece Love and Chocolate cafe. This 3-ounce shot is super dark, pure and strong. Best taken as a shot. Bonus: It’s vegan.

Or if you’d rather sip than shoot your chocolate, the cafe offers a variety of creative flavors of 8-ounce hot sipping chocolate, a thick, Euro-style drink that is made with milk (or a non-dairy milk alternative) and whole chocolate. Choose between the original (with Maya space), salted caramel, raspberry, creme brulee, orange, espresso, blueberry acai and honey lavender.

Another local place to get drinking chocolate is through Fortuna, which sells premium, single-estate cacao, small-batch drinking chocolate made out of solid chocolate and spring water. This product is dairy-free and light, while still rich and luxurious.

The Greenbriar Inn has a variety of fall versions of classic cocktails: there’s a Sidecar, but with cognac, cinnamon liqueur or syrup and apple butter or syrup. And margaritas don’t have to be just for summer, if you add in cranberry juice and maybe some orange.

The Greenbriar is also known for killer old fashioneds, and it has plans to offer a maple old fashioned this fall, with bourbon, maple syrup, bitters, fresh orange and Bordeaux cherry juice.

Another fall drink you may find at the Greenbriar: rhubarb and St. Germain.

“One of my projects this September is to create a gin drink with those flavors, similar to the High Fashion from Grain at the Playa Provisions in Del Rey, California,” says Cliff Olson, manager.

In addition, he says, ginger works well as the weather turns cold, so he’s considering a whiskey toddy with ginger, lemon and honey. 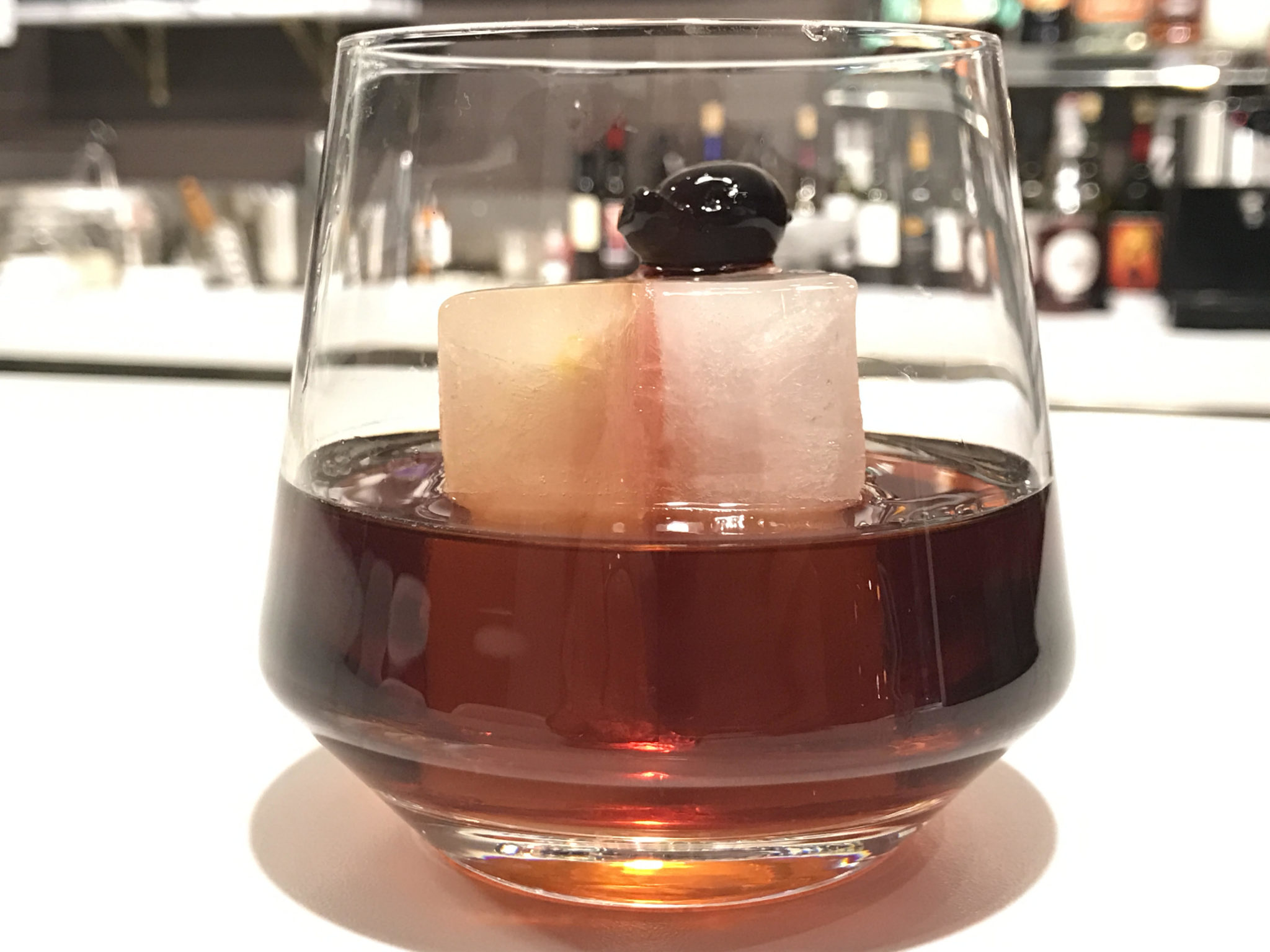 A chocolate Manhattan at The Chocolate Lab in Denver. Courtesy photo

The Chocolate Lab in Denver also offers some creative spins on classic cocktails: a chocolate Manhattan, an ancho chili margarita and a chocolate meringue cake martini, all of which sound pretty fantastic for fall.

Drink it hot, iced, straight up or as a latte.

The Tea Spot says this tea will help joint health and reduce inflammation.

Another good, local, fall tea is the Lemon Ginger Black Sparkling Tea made by Bhakti Chai. 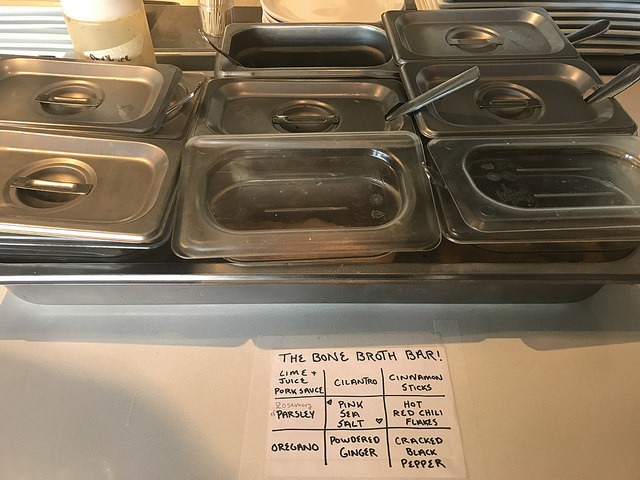 The bone broth bar at Zeal. Photo by Aimee Heckel

There are tons of health benefits of bone broth. Its collagen helps heal the gut and reduce digestive inflammation. It’s mineral rich and good for the immune system. It also contains glutamine, glycine and more.

Zeal on Pearl Street has a 72-hour bone broth bar, where you get a cup of hot broth and can add, mix and match different spices and flavors from the bar (think: salad bar, but smaller).

Or, for vegans, you can sip on the chickpea miso broth.

Not much is more traditionally fall than apple pie and hot cider. Put the two together and you have spiced apple pie cider from Wild Cider cidery in Firestone, just east of Boulder County. This soothing cider has hints of nutmeg, orange and cinnamon.

Wild Cider has a variety of other cider flavors, too. A memorable way to try them out is to visit the 14-acre cider garden and try a tasting flight or a cool pint while you walk around the orchards and play outdoor games. Wild Cider also does special cider and wood-fired pizza nights. The pizza is cooking during normal garden hours. 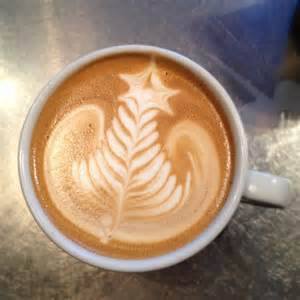 Fall is ideal for coffee, but you don’t have to squash the flavor with synthetic pumpkin spice flavoring. Try the Tafari single-origin Ethiopian espresso from Innisfree Poetry Bookstore and Cafe on University Hill.

This espresso is made from organic, 100 percent Ethiopian fair-trade beans. You’ll notice hints of dried berries, chocolate and coriander in this light roast.

The coffee blend is named after the former Emperor of Ethiopia.

Prefer tea?Here’s another fall cup at Innisfree to try: Earl Grey lavender tea (or add milk for a Cambric). 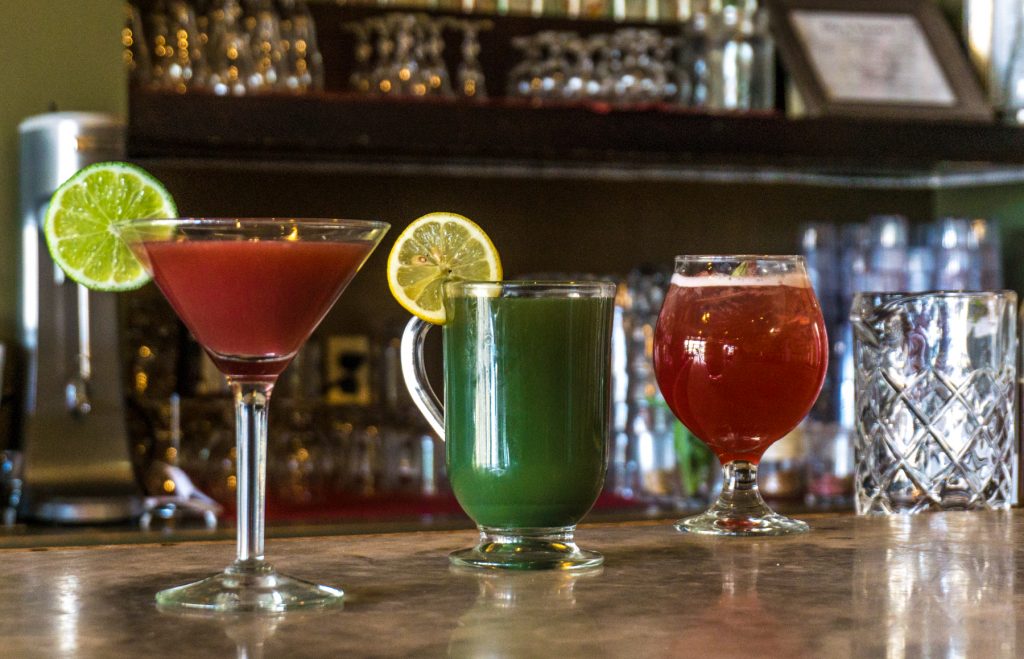 You can drink either hot or cold, plain or with alcohol.

Mead (honey wine) is a great drink in the fall, especially Boulder’s Redstone Meadery’s apple nectar flavor, made out of honey (clover and wildflower) and apples. It’s like biting into an apple, but better, their website says.

Redstone, one of the country’s biggest producers of mead, also offers a fun assortment of mead cocktails and other flavors. While most feel light and summery, the Honey Wine with Black Raspberry Puree is rich, sweet and fine for fall.

A fall-ish cocktail is The Gilded Nipple: mulled orange, brandy, Tuaca and a shaker of that black raspberry mead, served over ice with a cherry. 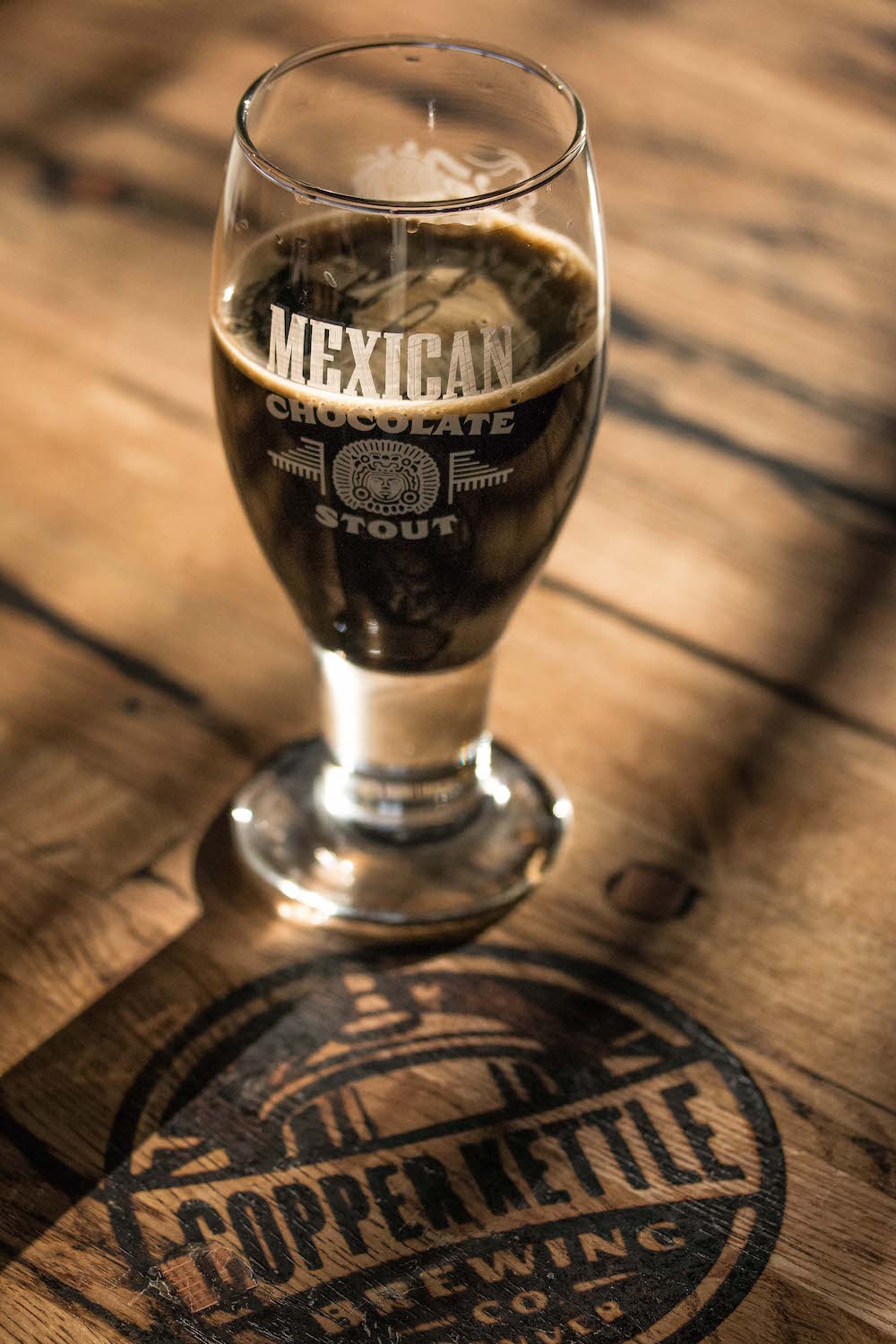 Something about cold weather makes us crave cacao, hard. Another local company, Cholaca, makes 100 percent pure cacao that you can use to make drinks, desserts and even beer.

Cacao is a splurge, but it also has a ton of health benefits, according to its spokespeople. It has 40 times the antioxidants of blueberries; is the highest plant-based source of iron; it’s packed with magnesium; it has more calcium than cow milk; it’s a natural anti-depressant; and is considered a superfood. It’s antioxidant rich, too, which is convenient during cold and flu season. As if you needed more reasons to indulge.