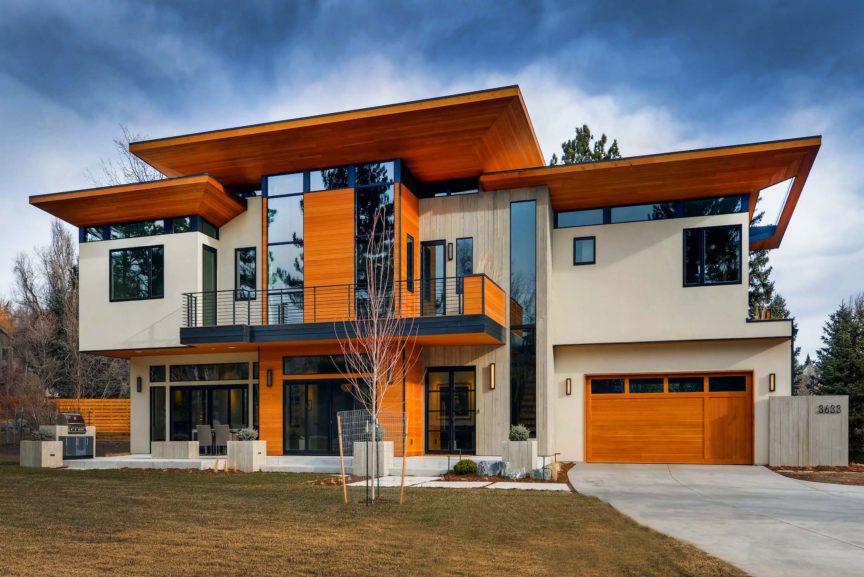 Green was a lifestyle here in Boulder County, long before it was trendy and valued everywhere else.

Nate Kipnis came to Boulder to attend the University of Colorado, but he learned almost as much about sustainability from living in Boulder as he did in school. His firm, Kipnis Architecture + Planning, has locations in Evanston, Illinois, and Boulder. He is considered to be at the forefront of sustainable residential design and architecture.

“It was just wild to see a city that had solar panels in 1982, and that people had all these passive home designs. It was mind-boggling,” said Kipnis, who designed his first solar home in Boulder when he was 22 years old.

“We’re in the NFL here,” said David Sloan, citing the high level of knowledge of green design and sustainable practices. “We are surrounded by abundance, and the expectations and talent are high.”

Sloan, who owns Sloan Construction, is also president of the Colorado Green Building Guild (CGBG). Founded in 2004, the guild’s mission is to connect and educate industry professionals and to “ensure the widespread adoption of sustainable practices to increase the efficient use of resources, create healthier buildings and support vibrant, sustainable communities.”

Along with a series of educational events, the guild also sponsors an annual Green Homes Tour, which showcases a range of examples including modern and traditional custom homes, remodels and multi-family projects. (This year’s Boulder Green Homes Tour is a virtual event due to COVID-19.)

Architects here are focused on energy efficiency and sustainable practices, with some such as Bryan Bowen, founder of the firm Caddis, pushing the applications in the community overall. Bowen won the Colorado Green Building Guild’s leadership award in 2019 for the award-winning Project Renovate, which involved energy, aesthetic and functional upgrades to 300 affordable housing units for families and seniors.

Unlike many other regions, builders and contractors in Boulder and surrounding towns are equally dedicated to green building. There is also a long track record of Boulder homes earning regional and national green recognition.

Scott Rodwin, president of Skycastle Construction and principal of Rodwin Architecture, has been on the leading edge of innovation for the last 25 years. His designs have achieved the highest level third-party certifications including EnergyStar and LEED Platinum.

More than architectural vision and building science contribute to Boulder’s status as a national leader in energy efficiency and sustainability. Local government and the community are equally dedicated.

“The green building movement has been very strong in Boulder for at least 20 years, and green building requirements have been among the strictest in the nation,” said Rodwin.

Newcomers often remark about the composting and recycling bins throughout the city, just one indication of how much stewardship of the land and environment is valued. It’s a commitment that also appeals to many who opt to relocate here.

“For the most part, the people who are moving to Boulder move here with a pretty strong environmental ethos and a high level of knowledge,” Rodwin said.

Similar to the U.S. Green Building Council’s LEED program are Boulder’s Greenpoints program and the county’s Greensmart programs, which date to 2007 and 2008. In 2016, Boulder adopted a climate change commitment to reduce community-wide greenhouse gas emissions by 80 percent (below 2005 levels) by 2050 and achieving 100 percent renewable electricity by 2030.

In 2017, Green Points was replaced with a comprehensive energy code; those requirements were further strengthened in January 2020. New 3,000-square-foot and larger residences are required to be net-zero. Remodels, if the constructed value exceeds 50 percent of the home’s former value, must meet new home construction standards. Additionally, 75 percent of the waste from remodels must be recycled or repurposed instead of sent to a landfill. New homes are required to be solar-ready, and also must include dedicated circuits for electric vehicle recharging. 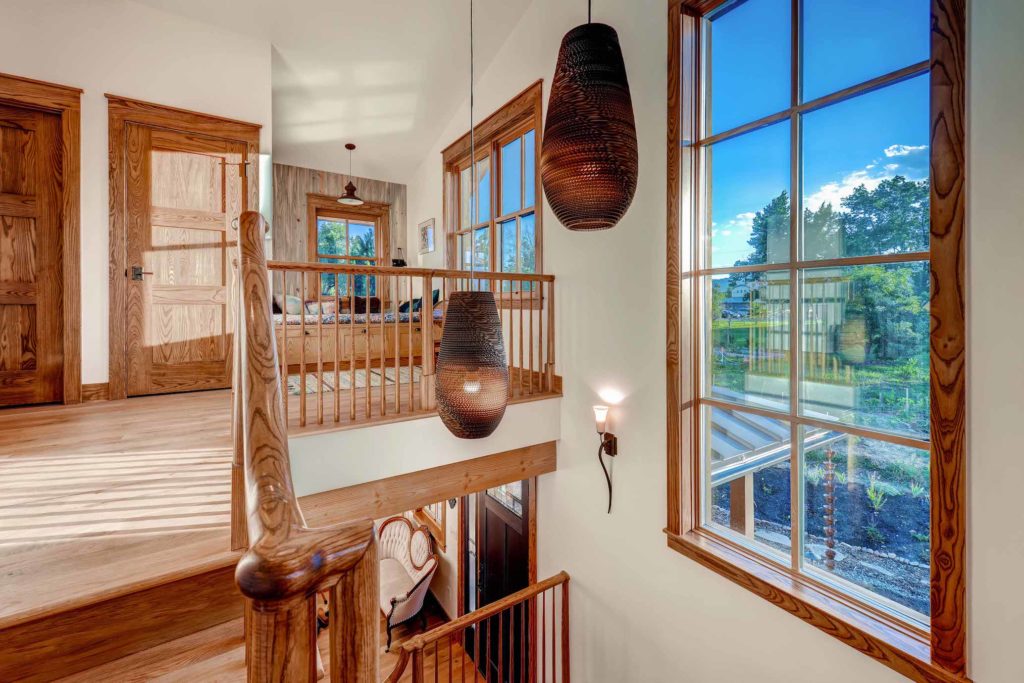 Rodwin uses a car analogy to illustrate this transition.

“We used to be a Subaru town,” he says. “Then it went from Subaru to a Prius. In the last few years, it’s gone from a Prius to a Tesla. At this point, the city of Boulder requires that you essentially design and build at the very least a Prius, and because of land prices, for most people that ends up becoming a Tesla.”

In most of the country, net-zero remains an elusive goal; in Boulder, it is on the way to being the norm. Still getting to net-zero or even close requires a combination of strategies including passive solar elements such as a super-insulated building envelope, airtight construction, high-performance windows and overhangs to temper overheating from direct sun later in the day on Western exposures.

Active solar heating is also almost a given to reach net-zero status.

“Solar panels are so cheap now that it’s insane not to include,” said Kipnis, noting that on a high-end house, a solar system would be in the $20,000 range.

For net-zero, battery storage for times when the sun doesn’t shine for a couple of days in the winter is part of the strategy. Protocols and best practices for batteries are still being sorted out.

Prices are down but not where they will be someday, Kipnis said,

“Batteries are on a little different trajectory than solar,” he said. “We encourage people to pre-wire for that if they have the money, but absolutely, make a really big mechanical room and get it set up for batteries. And then obviously, put electric charging in the garage.”

Boulder’s long-term goal is to move away from reliance on fossil fuels and natural gas. Increasingly stringent energy and sustainability requirements for buildings are part of the process moving toward a greater reliance on electrical power and alternative fuel sources. As a founding member of AIA’s 2030 Commitment, whose goal is to design full net-zero buildings by 2030, Kipnis is a leader in the move away from fossil fuels.

Not to be confused with current electric heat and powered appliances, this new vision uses solar energy as well as geothermal and other sources. A heating system, for example, would typically employ an air source heat pump or geothermal. Both heat pump dryers and heat pump water heaters would replace current electric or gas models, and, according to Kipnis, they are “wildly more efficient.”

The new lesson for green?

Some passive strategies rely on time-tested methods such as deep overhangs. Looking ahead, Folkerts said she expects to see “more use of straw bale construction and American clay plaster because of the growing emphasis on embodied carbon.” 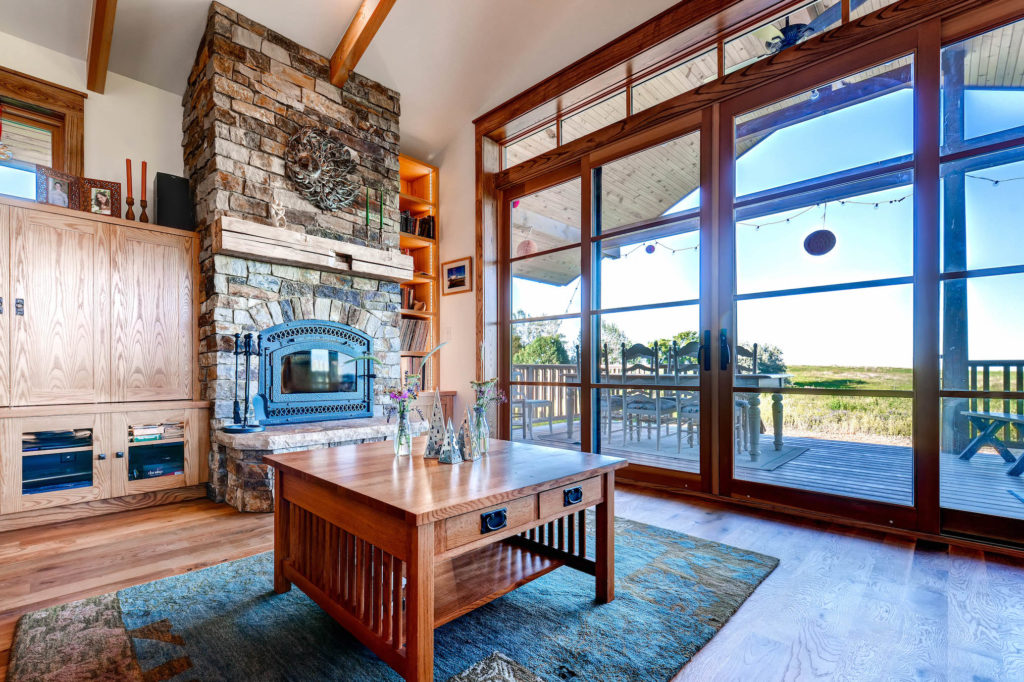 Net-zero is a good metric for energy efficiency, and it’s easy to track. But it’s much more complicated to measure the carbon usage of products and materials that go into buildings. Regulations that apply to energy expended in a structure don’t necessarily calculate embodied energy.

Now, Folkerts said, we are starting to get a deep enough understanding of carbon use to look at the lifestyle of products. Noting we have approximately 20 to 30 years left of carbon resources, she said having insulation that uses 30 years’ worth of carbon is something we can’t afford to do. Traditional insulators such as cellulose and wool are generating interest, as are new products such as hempcrete and rigid insulation boards made out of renewables.

Folkerts said she expects to see more of these products coming to market.

“Embodied energy is going to be a huge shift in the way people see buildings,” she said

More shifts ahead? Wellness, particularly indoor air quality, which has been in the background, is fast becoming a focus for consumers. Also on the horizon are regenerative buildings that create more energy than they use. But most say we’re not quite there yet.