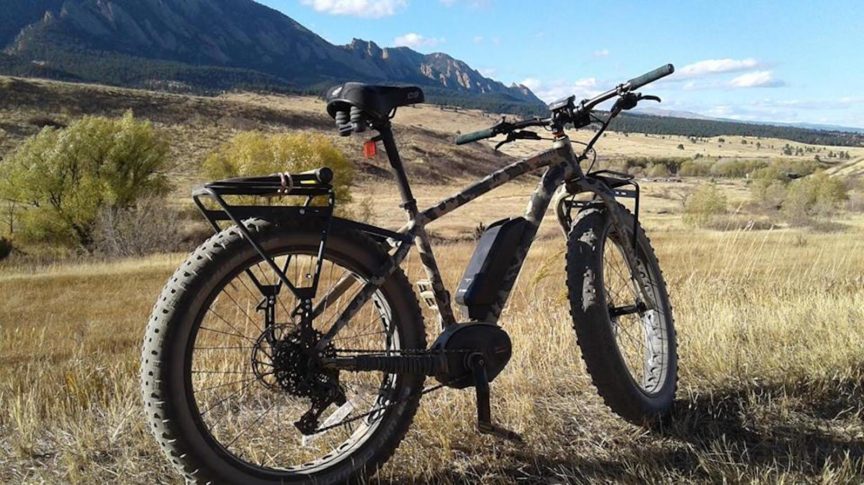 Boulder is a bicyclist’s heaven and has been crowned one of the top bike-friendly places in the country. One of the most authentic ways to experience Boulder is to do it on wheels.

But that doesn’t mean you have to be a triathlete. Electric bikes are big in Boulder, and their popularity is growing around the country, too.

Here’s your guide to e-biking Boulder County and beyond.

E-bikes first surfaced in the ‘90s, but the real spike started a few years ago. CNN.com reported the United States saw a 25 percent growth in e-bikes between 2016 and 2017. Mordor Intelligence predicts a continued increase worldwide, too, of about 6 percent through 2024.

Helping drive the increased popularity are better bikes with better batteries for cheaper, experts say. While the average e-bike costs around $1,000 to $3,000, you can find even cheaper options. In addition, more bike-share and rental companies are offering e-bikes. Plus, consumers want to be more environmentally friendly than driving cars. 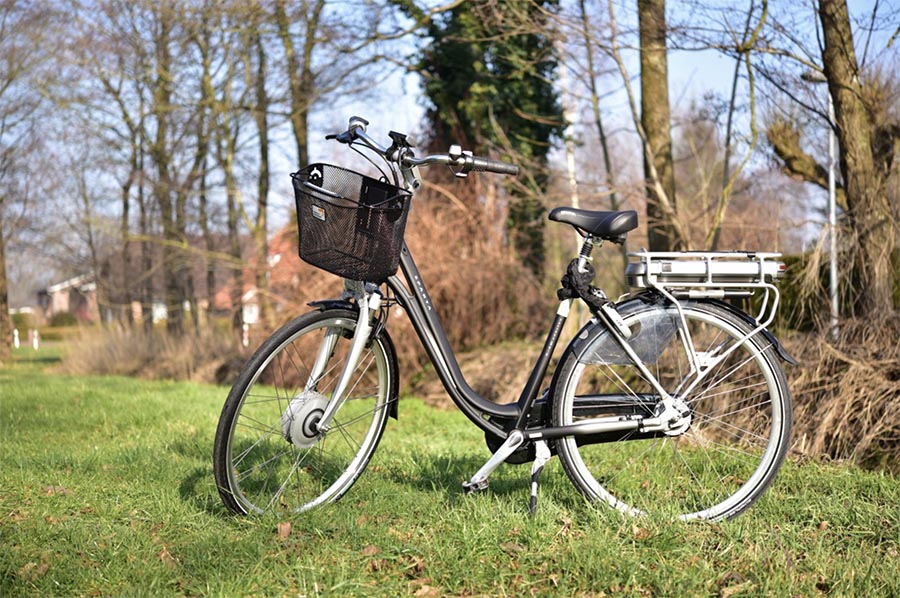 E-bikes, with an electric motor, help you go faster and make it easier than a traditional bike. The electric boost can push you up a steep hill or even speed you up to as fast as 20 miles per hour.

They’re still better for the environment than driving a car, and you can still get in some exercise with certain types; electric bikes still have pedals that turn the wheels. The main difference for the most popular type of e-bike is the battery-powered motor, which actually works with your muscles.

There are a variety of different kinds of e-bikes, including those with motors in different locations, pedal assist bikes and also purely electric ones.

You can also convert your regular bike to an electric bike with a simple electric bike conversion kit, or you can rent or buy one at one of Boulder’s bike shops. 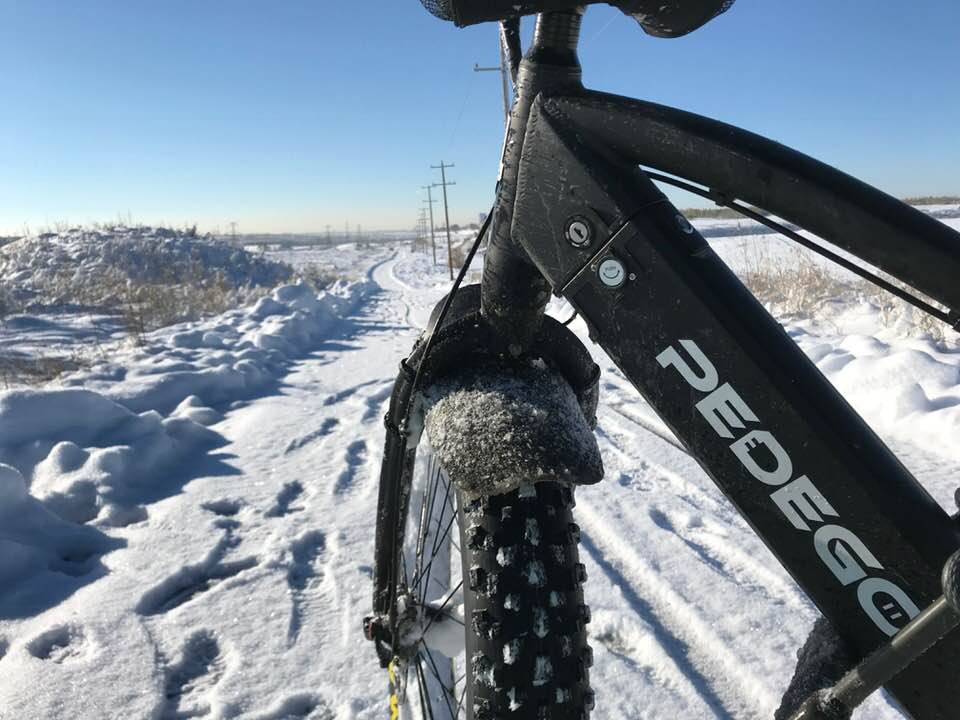 Where to Find E-Bikes in Boulder

In Boulder, there are several companies that specialize in electric bikes, as well as other bike shops where you can find or rent them. Local leaders include: Pedego Electric Bikes, 2015 13th St., Boulder; E-bike of Colorado, 544 Front St., Louisville; and Small Planet E Bikes, 724 Main St., Longmont.

Small Planet has deep roots in e-bikes’ local history. The owners were involved in bringing electric bikes to the local mainstream, and the city of Boulder has even bought e-bikes from the company. Small Planet also has locations in Denver, as well as Dallas and San Antonio, Texas.

You can also find e-bikes at all three Boulder Cycle Sport locations (4580 N. Broadway, suite B; a Pro Peloton shop at 2516 Broadway; and 629 S. Broadway in Boulder); Front Range Cargo Bikes, 2500 47th St., unit 12, Boulder; Bicycle Village, 2100 28th St., Boulder; and Full Cycle Bikes, 1795 Pearl St., Boulder. Bicycle Village claims to be the state’s largest electric bike retailer. You can try out the many different kinds of e-bikes here before you buy, although you can’t rent them for a day trip. Bicycle Village has five locations on the Front Range. 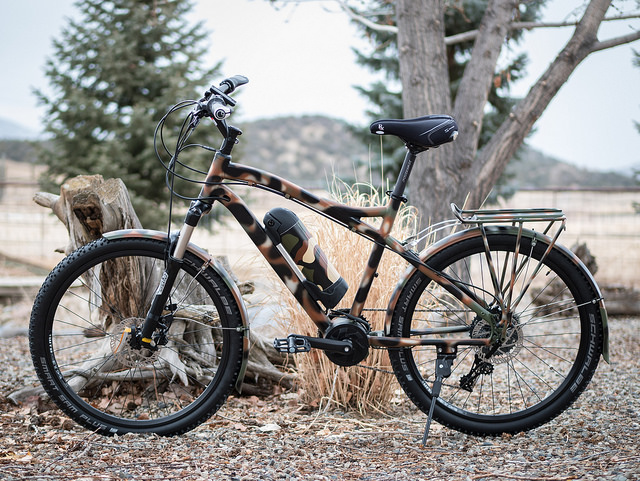 Boulder is even the home base for companies that make e-bikes, like Optibike. It was started in a Boulder garage with the desire to make the “world’s best e-bike,” according to Jim Turner, founder.

Optibike is the oldest manufacturer of electric bikes in the nation. Today, it’s sold in more than 30 countries and is considered an industry leader. It offers three different series of e-bikes, which you can buy online.

Fun fact: Since 2013, it’s had a partnership with BCycle, Boulder’s bike share program. Optibike designed a special trailer to help re-balance bike stations, so too many bikes don’t get backlogged in one station. The Optibike Pioneer Allroad e-bike tows this trailer, which can haul up to three BCycles at a time, for environmentally friendly distribution of bikes through the different stations. No trucks necessary. 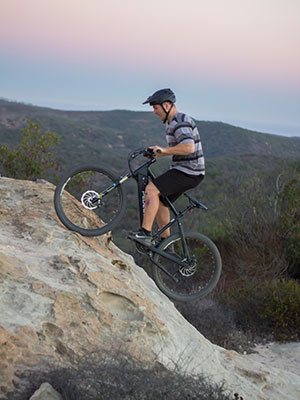 E-bikes aren’t allowed everywhere that regular bikes are allowed. Make sure you check the city of Boulder’s map of where you can ride your e-bikes here.

Make sure you maintain proper bike etiquette on the trails, especially during busy seasons. Recommendations include:

Many bike and outdoor tour companies in the area offer e-bike tours. This is ideal for new visitors or people who don’t have the ability to propel through a tough mountain biking trip.

For example, Beyond Boulder Adventures features relaxing, scenic bike tours all year. Pedal off the beaten path, to tasting rooms and through nature in a non-competitive, low-stress environment. Its Boulder Canyon Electric Bike Ride brings you up the mountain to a private, creekside pool, but you can take an electric bike to help you with the hilly parts. Or you can request a city bike or mountain bike if you prefer. 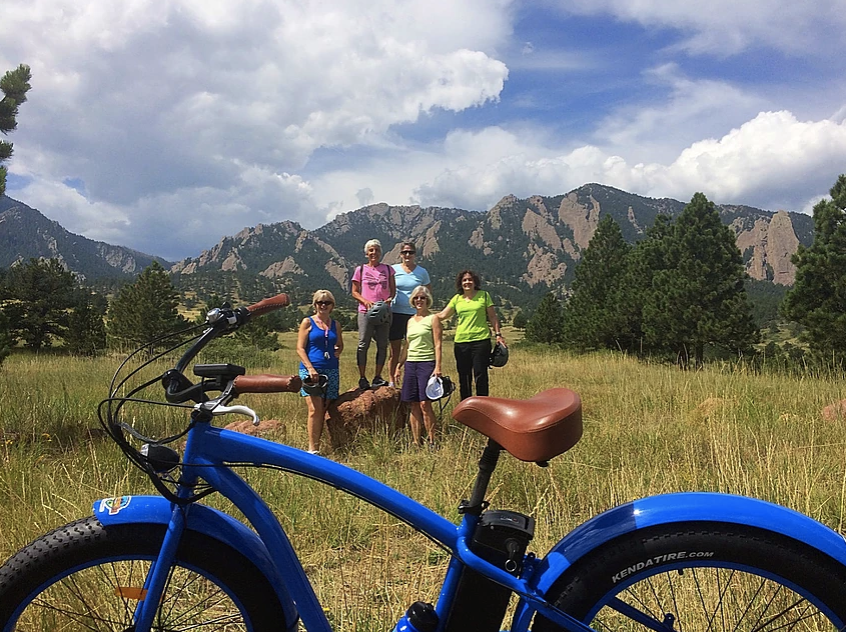 Boulder Tour Company offers a Guided Electric Cruiser Bike Tour on fat tire e-bikes. The three-hour tour is for all levels and will take you along Boulder Creek, downtown, Chautauqua and various neighborhoods. 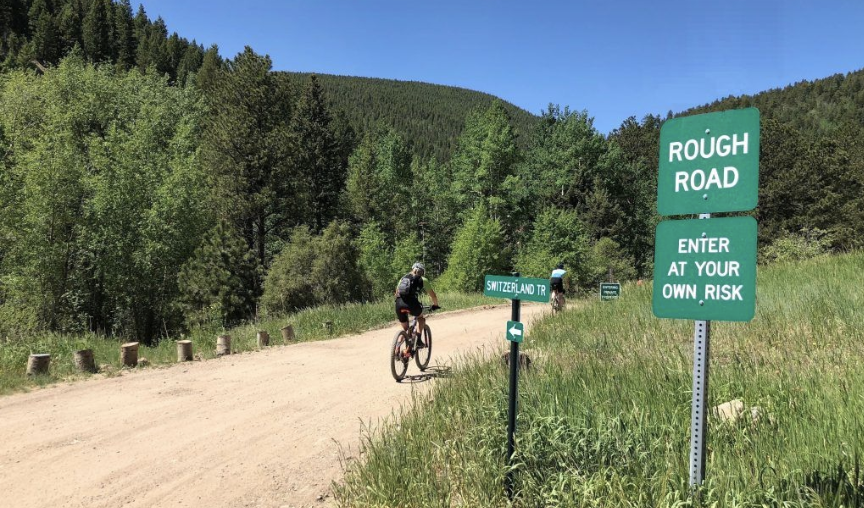 Pedego also offers guided e-bike tours in town. The Best of Boulder E-Bike Tour is 2.5 hours long and covers all of Boulder’s must-see sites, including the Boulder Canyon, University of Colorado campus and Eben G. Fine Park.
Or head off the beaten path on the 2.5-hour Boulder Backroad Tour. This one’s for thrill-seekers and covers more challenging terrain. Ride high into the mountains, with the help of wide trail tires.