The Pearl Street Mall opened in 1976. Boulder locals soaking up sunshine on West Pearl St in the 70s Museum of Boulder
Share
TweetSubscribe

It’s not easy trying to compress 150 years of history into 2,600 square feet.

When the Boulder Historical Society started planning this exhibit six years ago, it seemed like plenty of space. But every day that it drew closer to the big opening for the exhibit, “The Boulder Experience,” the space seemed to shrink more and more.

The highly anticipated exhibit is open now in the new Museum of Boulder, 2205 Broadway.

“The biggest challenge has been how do you narrow it down? There are so many amazing stories, so much content we could include,” says Nancy Geyer, executive director of the museum.

The museum has a variety of other exhibits, but this one is like nothing Boulder’s ever seen before, both in size and curation detail.

The historical society is pulling from its massive collection of 45,000 local artifacts (from antique hand plows to old IBM computers to historical clothing) and hundreds of thousands of archived photos, books and documents in an attempt to create the most comprehensive story of Boulder’s history ever told.

The goal: for people to better understand Boulder by diving deeper into its past.

“Boulder really is a unique community,” Geyer says. “It’s a relatively small city but has a major impact both nationally and globally.” 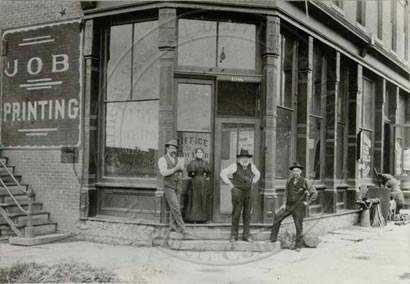 She’s talking about social issues that Boulder has spearheaded, like marriage equality and open space preservation, as well as the natural foods movement and space science developments.

“I would love for people to come out of here saying, ‘Wow, I never knew that about Boulder,” Geyer says.

Plus, she adds, as with all history, it’s important to understand and remember the past so we don’t repeat its mistakes. Not all of this exhibit is successful entrepreneurs, Nobel Laureates and Olympians. The museum pays respect to the Native American story in this area, including the tragedy of the Sand Creek Massacre and Boulder’s involvement in that.

Exhibit organizers reached out to Arapaho tribe members for this part of the exhibit. Arapaho community members contributed to the development of the historical documentation, narrated the film and animated it. There aren’t a lot of Native American artifacts preserved from the Boulder area, so they needed another way to share this story. 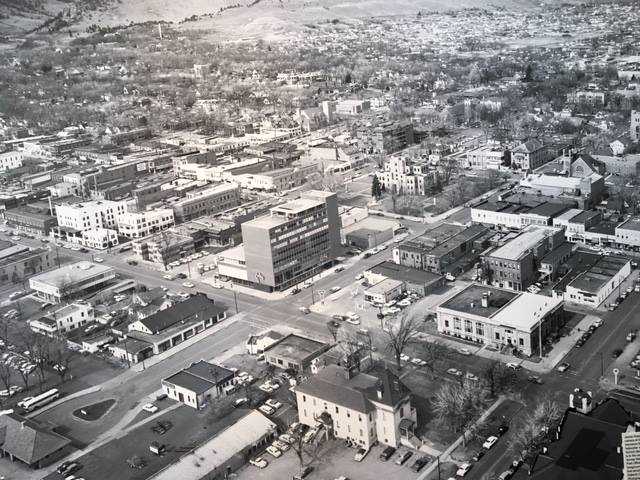 A historical photograph of Boulder

All of the tens of thousands of other artifacts and archives from Boulder’s history aren’t all housed in the museum. They live in a warehouse and the Carnegie Library, to be pulled on for future exhibits, too.

The museum went to the community to borrow other objects to display, like an atomic clock from the National Institute of Standards and Technology, and the bike Connie Carpenter won the Olympics on in the ‘70s.

The historical society hired a curation team to put this exhibit together, and they also used focus groups and community interviews to help craft an outline for the topics. 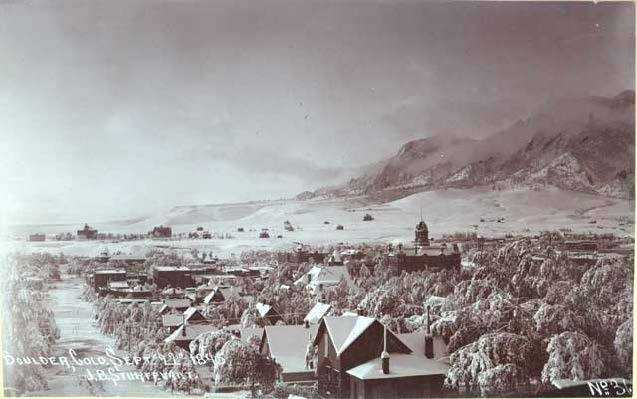 Historical photo of Boulder in 1845

In addition to the Native American story, the Boulder history exhibit includes information on: