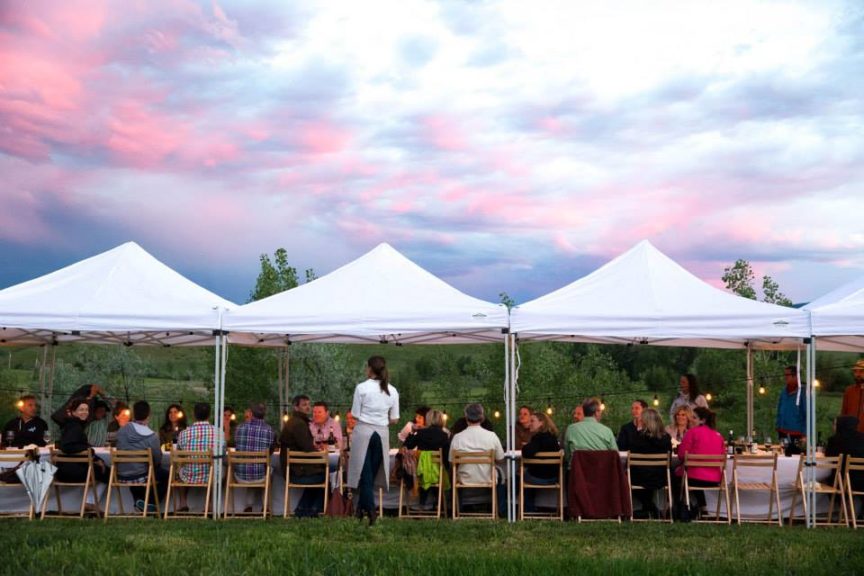 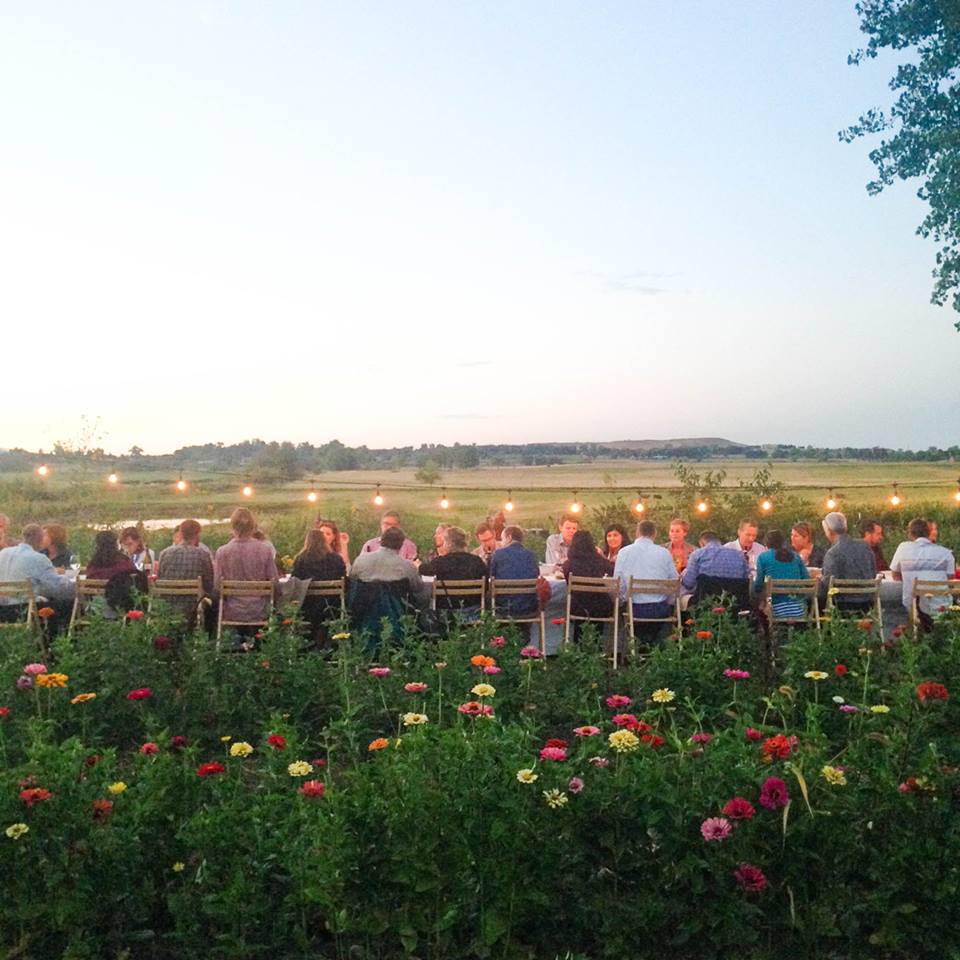 Farm-to-table meals in a restaurant have been done. The new way to eat fresh and local is to bring the table to the farm and cut out the “to” part.

Farm dinners are a huge trend in Boulder right now, as people look for more special ways to indulge, where the meal is a full experience. At farm dinners, a chef prepares a meal at the very farm where the produce was harvested. You often sit outdoors on a long, beautifully decorated table and dine as the sun sets under the Colorado sky. There’s something meaningful about seeing where the food on your plate grew and talking to the people who cared for it.

The farm dinner season for 2018 is kicking off now. The events typically begin early June and run through September, but due to the popularity, they fill up quickly. It’s common to open a lottery for reservations one month in advance, which means June may already be filled up, but it’s not too late to get in gear for the following three months. Many farms also offer waiting lists.

One great resource is Meadow Lark Farms, which offers a variety of farm dinners at 11 different farms throughout Boulder County. Dinners cost $125 per ticket.

Although there are dozens of events throughout the summer, it takes some finesse to score a coveted ticket. Meadow Lark announced it is opening its lottery for an upcoming dinner and you have 24 hours to put in a reservation online. After that period, you can still try to reserve a seat, if there’s one available, and if not you will be placed on a waiting list.

Menus are inspired by the day’s harvest, which means your meal will be a surprise; no menus are released in advance. You can typically bet on simple dishes prepared on-site, and of course, everything is completely fresh. Learn more about the farm you’re visiting to get an idea about its practices, such as whether the produce is organic and what is grown there.

Meadowlark’s events typically kick off around 5 or 6 p.m., starting with a tour of the farm (and a chance to talk to the farmers) and an aperitif. Then you return to the long table, where you dine with 41 other guests. The Boulder Wine Merchant selects artisanal organic or biodynamic wines to pair with the food, which you can order in advance for an extra cost. 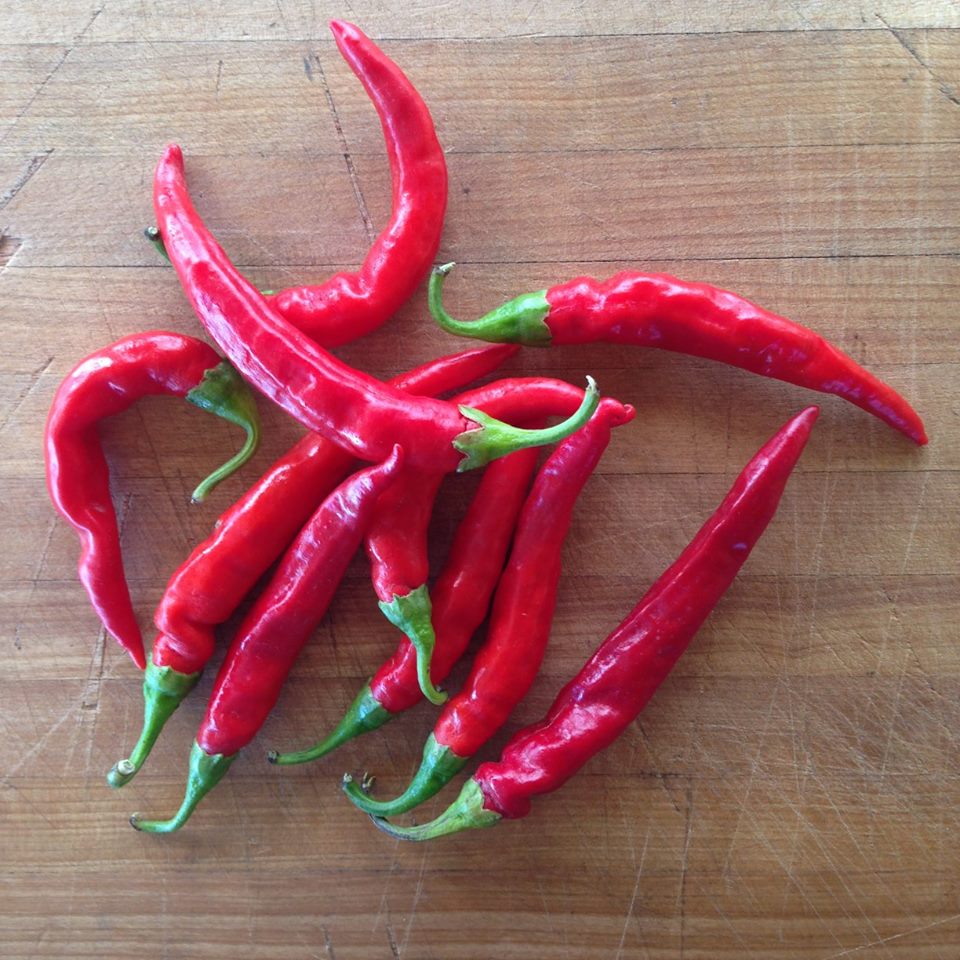 Aspen Moon Farm: This Hygiene-based farm is stationed on 26 acres. It is certified organic and biodynamic. Here, you will find a ton of crops, bees, chickens and cows. Aspen Moon is known for its berries, heirloom tomatoes and lovely flowers. One thing that makes Aspen Moon’s dinners stand out is every other one is vegetarian. Upcoming dinners: June 15, July 1, July 27 and Aug. 19. 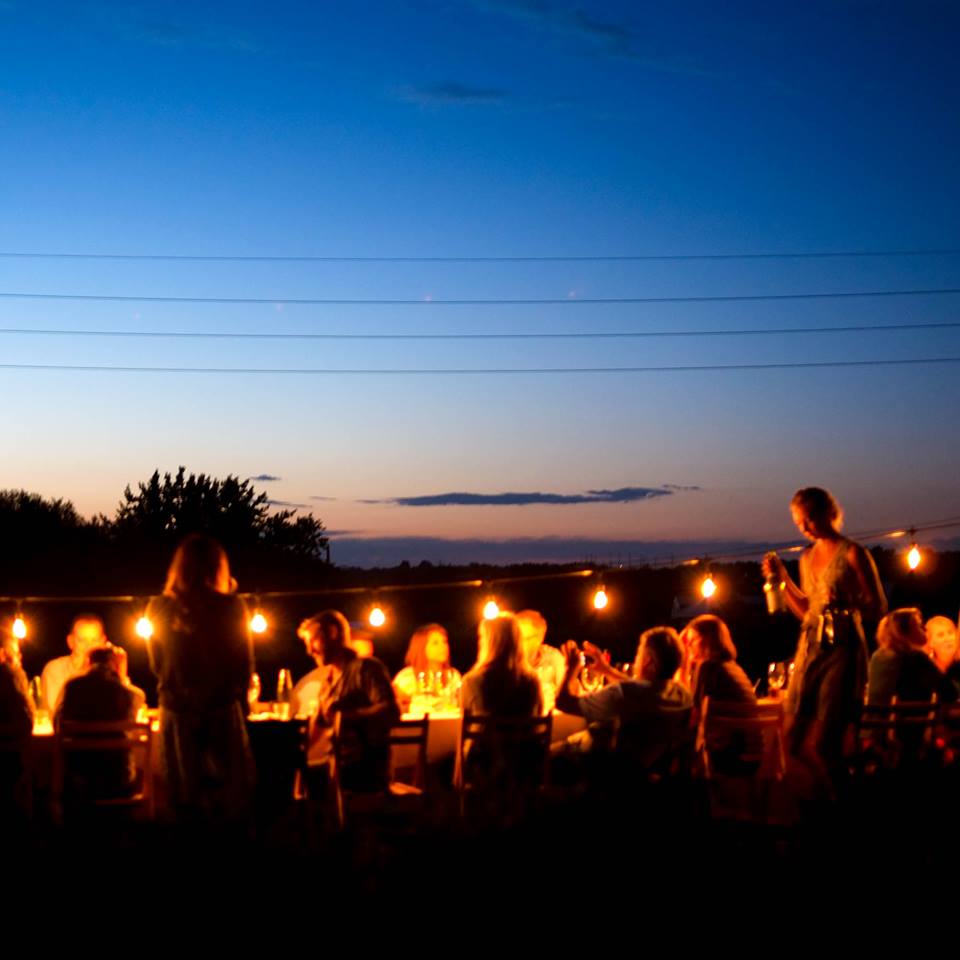 Cure Organic Farm: Cure is located east of Boulder. In addition to more than 100 types of organic veggies, herbs and flowers, this farm also has some animals to visit, including a boar, furry piglets, lambs and a llama. Cure offers one vegetarian meal this summer, as well as a special meal with the Hiyu Wine Farm. Upcoming dates include June 3, June 24, July 8, Aug. 3 and Aug. 26. 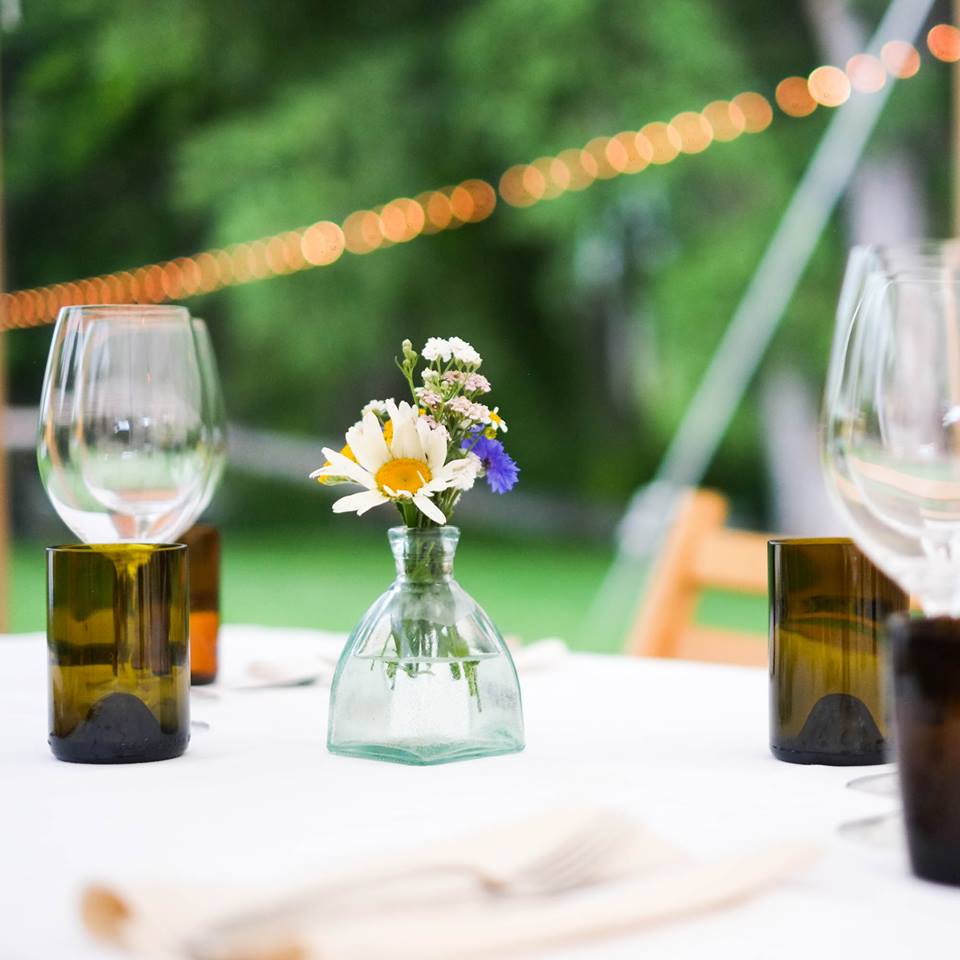 Lyons Farmette: We love this small but busy farm just outside of Lyons by St. Vrain Creek. One acre grows organic crops. Plus, this cute farm is home to chickens, peacocks, goats, a llama and an alpaca. Meadow Lark’s dinners at the Lyons Farmette this summer are June 22 and July 20.

Can’t get into one of the Lyons Farmette’s dinners through Meadow Lark? You can also find farm dinners directly on the farm’s page, such as the Sugar Pine Farm Dinner Aug. 1, a creekside dinner and fundraiser for the Colorado Haiti Project. Another highlight is the Blackbelly Farm Dinner Aug. 8, with famed Blackbelly chef Hosea Rosenberg. This dinner is a fundraiser for the Boulder County Arts Alliance.

Pachamama Farm: This is one of the area’s newer farms, and it has a unique twist. This “healing arts and eco-agricultural education center” grows organic produce like strawberries, rhubarb, asparagus and more. Upcoming Meadow Lark dinners are June 17 and Aug. 5. 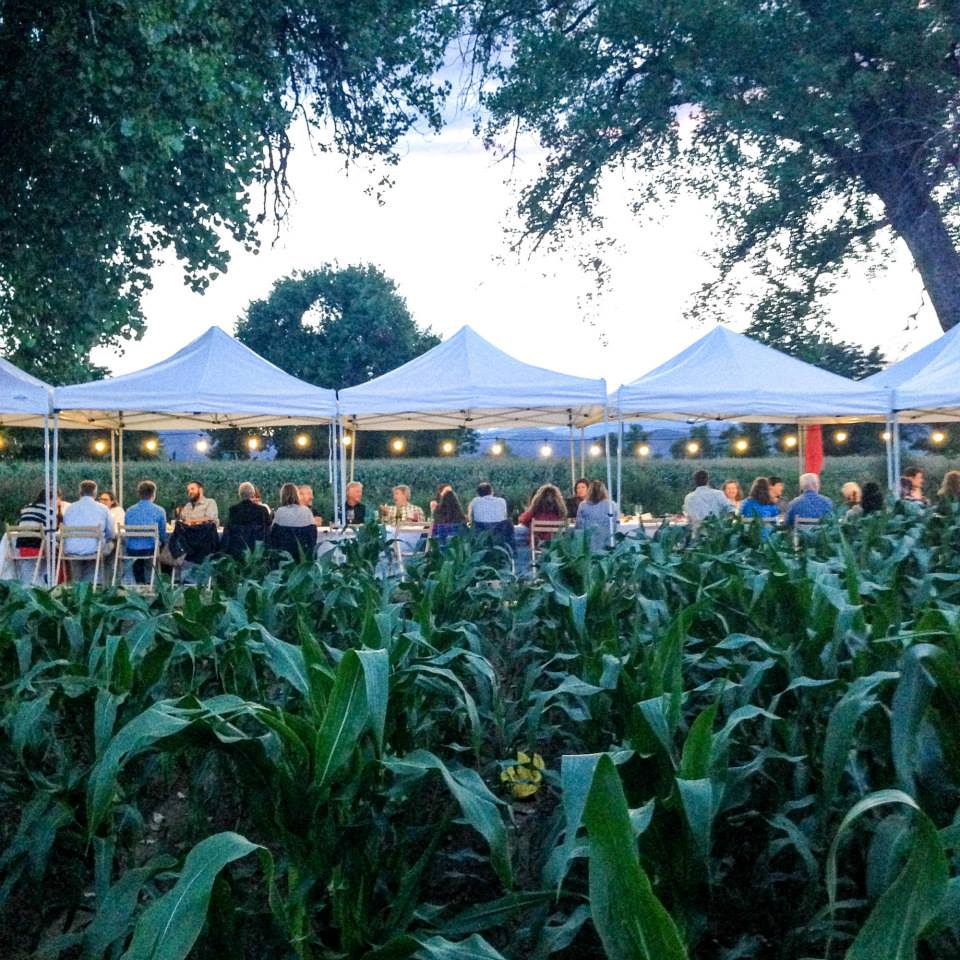 Munson Farm: This is one of Boulder’s older and more well-known farms. Find everything from sweet corn to pumpkins to butternut squash. Bonus: The Munson family has a peach orchard on the western slope, so it has direct access to fresh peaches in August. Farm dinners to look forward to are June 8, July 6 and Aug. 24. 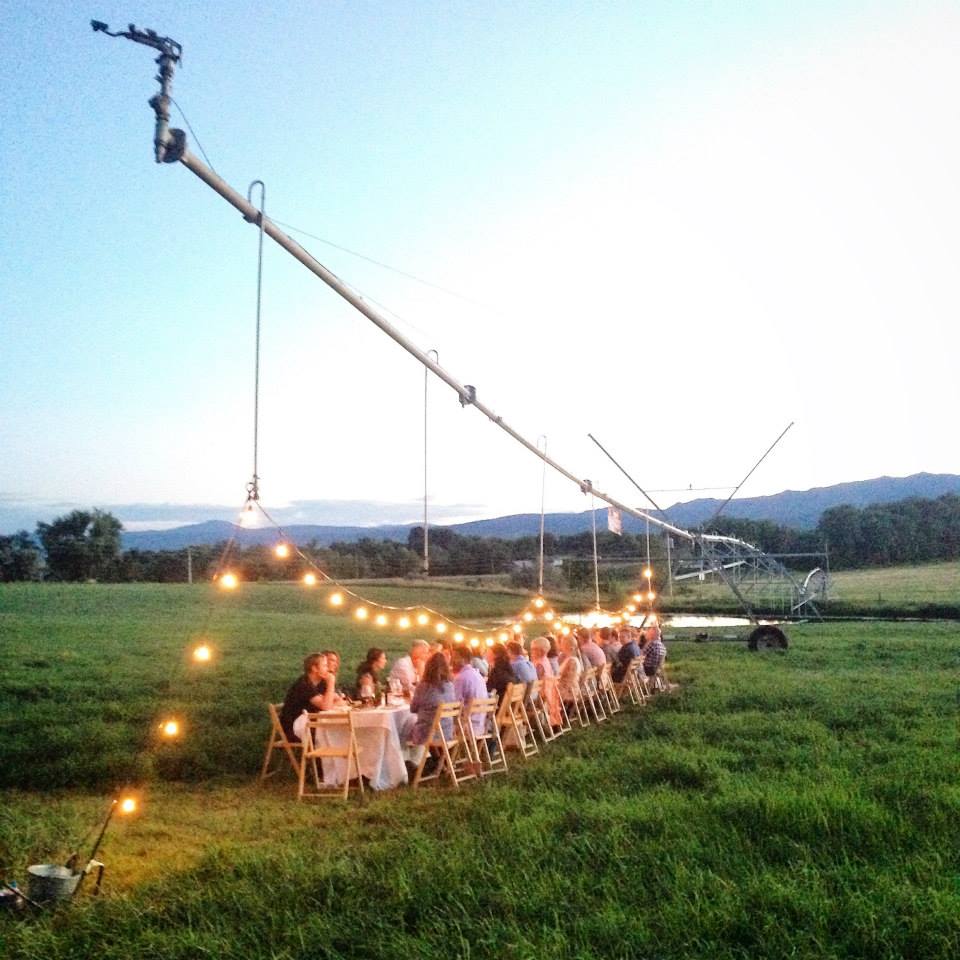 Of course, Meadow Lark isn’t the only way to do a farm dinner. Check different farms’ websites for their own events. Here are some upcoming independent farm dinners to put on your calendar.

Three Leaf Farm’s Mushroom Dinner: Love mushrooms? This dinner’s for you. It centers around all the different ways to use your favorite fungi in food. Dinner includes a guided tour of the small organic farm (plus a self-guided walk on the Medicine Trail). Bonus: Three Leaf’s farm dinners are cheaper than some, at just $85 per guest.