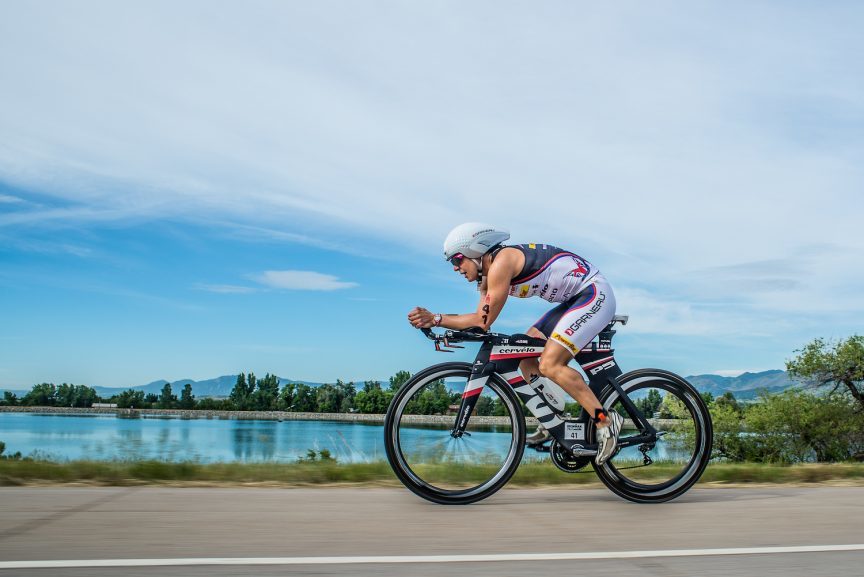 A competitor in the 2016 Ironman Boulder triathlon. Photo by Nils Nilsen
Share
TweetSubscribe

Here’s how the fittest city in America does one of the hardest races in the world.

There’s Jose Ramirez, of Nevada, a retired NYPD officer who, at the age of 76, is tougher than many of us will ever be.

Then there’s Austin Cole, of Texas, who is only 18.

There’s also Kyle and Brent Pease, brothers, of Georgia, racing together. Brent Pease will be pushing, pedaling and paddling his younger brother, who has cerebral palsy.

These are just a few of the faces that will be competing in the 2017 Ironman Boulder triathlon on June 11.

The Ironman brings more than 1,300 athletes from 30 countries around the world to iconic Boulder every year. The whole city seems to pause for the major event that spans a 2.4-mile swim in the Boulder Reservoir, a 112-mile bike trek and a 26.2-mile run. All done in succession.

The big Boulder race is a qualifier for the Ironman World Championship in Hawaii every fall.

Event organizers selected Boulder for the competition location in 2016 (the first year) because it’s already a popular vacation destination for athletes, who are enticed by its healthy culture, “near-perfect weather,” five-star hotels, James Beard award-winning restaurants and natural environment.

“Boulder holds a special place in the heart of triathletes around the country. The picturesque environment, healthy lifestyle and sophisticated culture of the city all attract Ironman athletes from around the globe each year. Many world-champion triathletes live and train in Boulder, so it made sense for the city to be an Ironman race location,” according to an Ironman spokesperson in an email.

(But of course, we already know that Boulder’s amazing. That’s why we live here.)

If you’re visiting Boulder for the Ironman, here are a few inside tips on how to get the most out of it: Where to watch, where to go, how to celebrate and more. 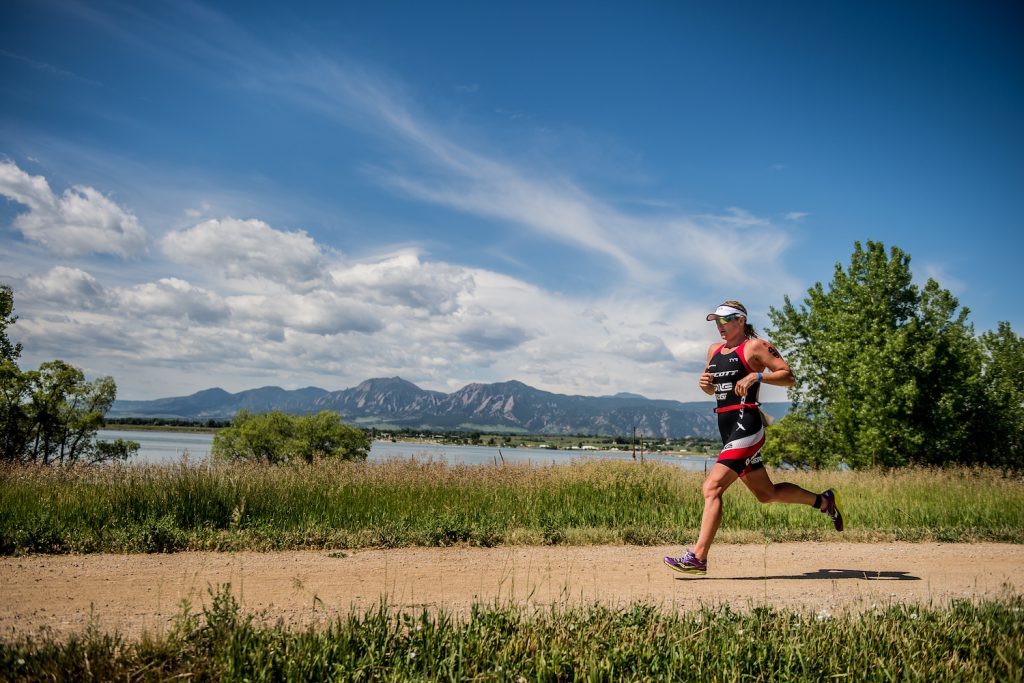 Jodie Swallow fought hard on the run, in the 2016 Ironman Boulder triathlon. Photo by Nils Nilsen 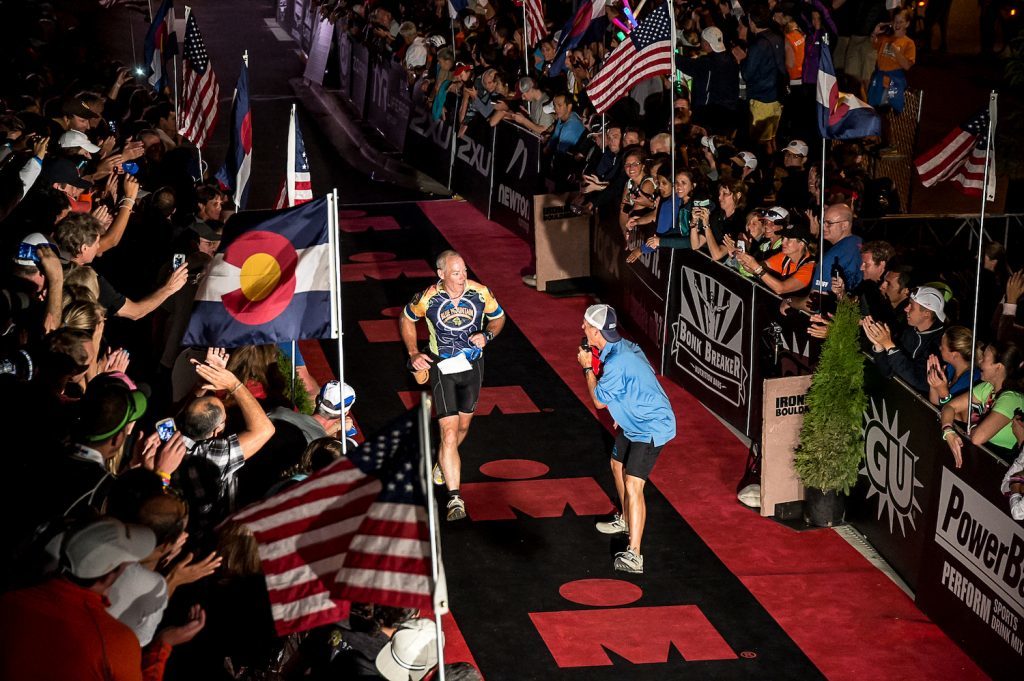 The voice of Ironman, Mike Reilly, encourages racers as the cross the finish line. Photo by Nils Nilsen