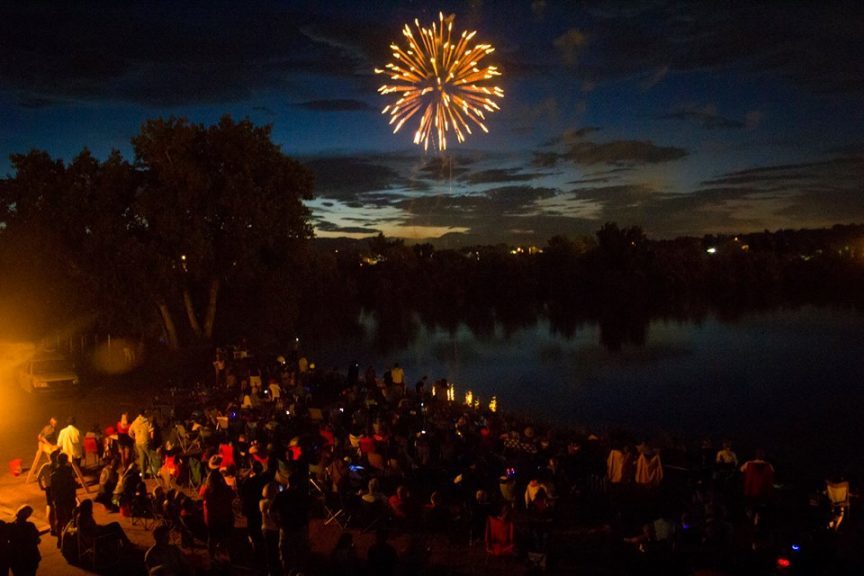 Fifty-three thousand voices sing the “Star Spangled Banner” in unison. A rainbow of fireworks explode with the backdrop of the Flatiron Mountains.

Boulder knows how to party, and it shows its patriotism in its own way on July 4. Here are the seven best ways to experience Independence Day in and around Boulder, if you’re lucky enough to be visiting during this holiday.

This fireworks display at the University of Colorado’s Folsom Field is hands down the best way to celebrate the Fourth in Northern Colorado. Starting at 8 p.m., people file into the giant football stadium for a free tradition that Boulder has celebrated since 1941. First, there’s a sing-along with live music. Then comes the school’s mascot, a live buffalo named Ralphie. She does a tour of the field to kick off the main event: fireworks that light up the sky when the sun sets.

Other entertainment in the past has included park rangers, a skip rope team, a marching band and live music.

Although the stadium’s capacity is 53,000, there’s no guarantee you’ll get a seat; that’s how popular Ralphie’s party is. Parking is another project entirely. Parking is free downtown and on campus on the Fourth, but the best bet is to take advantage of the free transportation via wkre.com. Bus rides to the event are free. So come early, take public transportation and stay late.

After the fireworks display, stroll down University Hill to the Pearl Street Mall to grab a late bite to eat at one of our favorite late-night dining destinations.

Starting at noon, the 4th on Pearl event (aptly on Pearl Street) features live music, a beer garden and other activities. Performers include the Hazel Miller Band, Sonic Arcade and Many Mountains. You can take a free bus ride on the Hop from this event to Folsom, if you want to do both Pearl Street and Ralphie’s bash.

Head east of Boulder if you want to do the Fourth with a small-town flair. The town of Superior has a parade and pancake breakfast 7 a.m.-noon on July 4 at Community Park, 1350 Coalton Road. This event, hosted by the town’s chamber of commerce, is free and family-friendly. In addition to pancakes, you’ll find live music, games, vendor booths and more.

The day begins with The Superior Mile, which claims to be the “fastest street mile in the United States.” The parade begins at 8:30 a.m. For 2018, there’s a new, free family-friendly kickball tournament.

4. Longmont’s Concert in the Park

Northeast of Boulder, the city of Longmont will celebrate the Fourth of July with a free concert in the park. The show, from 11:30 a.m.-2 p.m. at Thompson Park, 420 Bross St., will feature the Longmont Symphony Orchestra’s patriotic music — and even cannons to accent the “1812 Overture.” Pack a picnic, bring your family and play games. Kick it up a notch and enroll in the picnic contest. Around noon, judges will award prizes to the top 10 picnics.

For more information, visit Fourth of July Concert in the Park.

5. Fourth of July Twang-Fest and Barbecue

Head west for this cute community celebration. The small, mountain town of Gold Hill does Independence Day with a “Twang-Fest” starting at noon at the Gold Hill Inn, 401 Main St. Enjoy live music and food with the locals for $20 (plus $15 more if you want to eat). This is proof that you don’t need big crowds and flashy fireworks to feel patriotic. Sometimes, a close-knit community, good food and good music does the trick. For more info, email [email protected].

Musical highlights for 2018 include Halden Wofford and the Hi-Beams, Bill Kirchen, FY5 and 300 Days.

The Boulder County city Lafayette does a great event and fireworks show on the banks of Waneka Lake, starting at 2 p.m. on July 4. The city bills this as an “old-fashioned” celebration, with live music, food, kids games (like a bungee trampoline, pony rides and a bouncy house), face painting, a beer, cider and wine garden for the grown-ups and, of course, fireworks when the sun goes down.

Food includes pizza, wieners, fried cheese and more. The musical guest is Chris Daniels and the Kings. The event is free (with extra fees for some activities) and open to the public. 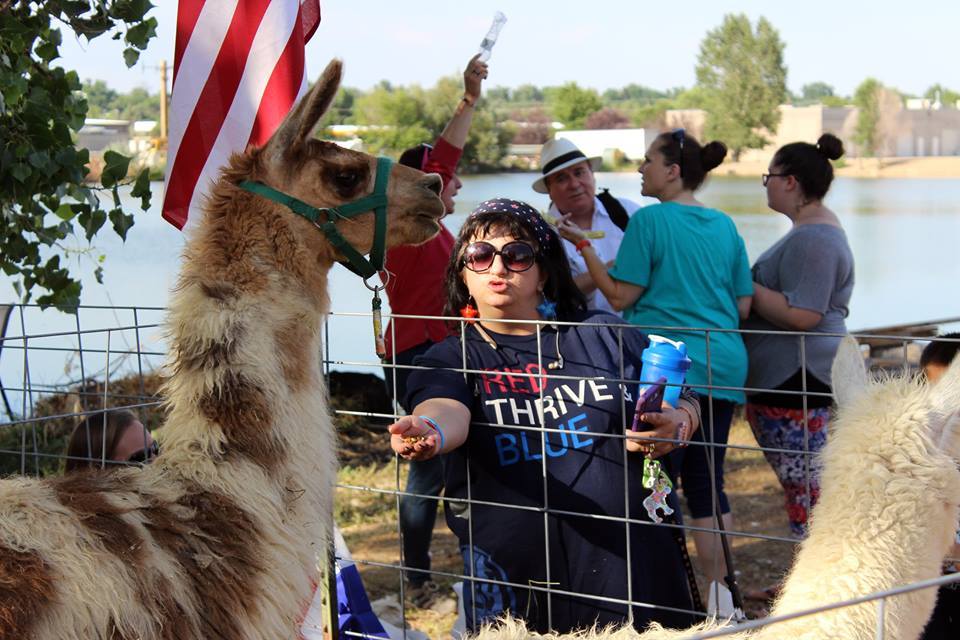 The Petting Zoo at the TinkerMill Carnival. Courtesy photo

Here’s a local’s secret: The TinkerMill Fourth of July Carnival is one of the best ways to see Longmont’s fireworks display without dealing with the crowds. Every year, the TinkerMill on Delaware Place in Longmont opens its doors for an inexpensive party (suggested donation of $5) with beautiful waterside views of the fireworks. Doors open at 4 p.m. and you can tour this makerspace, see demonstrations (from pyrotechnics to pole dancing), fill up on food from food trucks, drink beer and listen to live music. There are also water wars, a giant trebuchet, rocket launches, a petting zoo and shopping.

Local tip: “Folks should definitely show up early. Last year we heard from a lot of people that they came after dinner and they weren’t aware that we had food trucks.” – Ron Thomas, of Longmont, executive director of the TinkerMill, in 2017 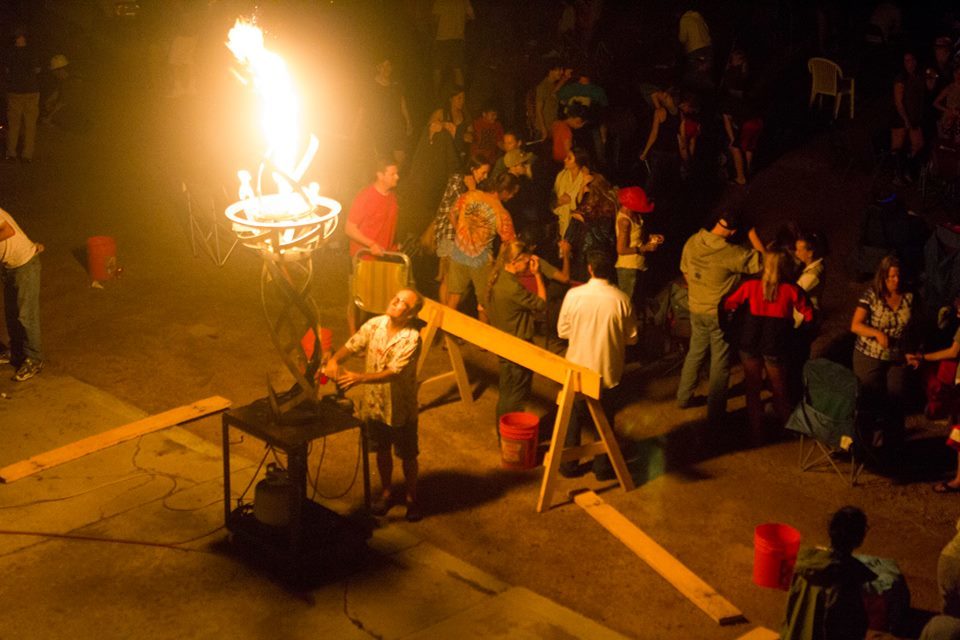 The fire exhibit at the TinkerMill Carnival. Courtesy photo

For 2018 only, the Colorado Chautauqua is celebrating its 120th anniversary. Starting at 10 a.m., head up to Chautauqua to join the festivities and enjoy the Boulder Concert Band on the Green. The band will jam to two sets of Americana music.

Also, in honor of the big 1-2-0, the General Store will be selling $1.20 single scoops of ice cream. There will also be happy hour deals at the Chautauqua Dining Hall and BBQ on the patio.

The event is free and open to everyone. Sweeping views of the Flatirons included.