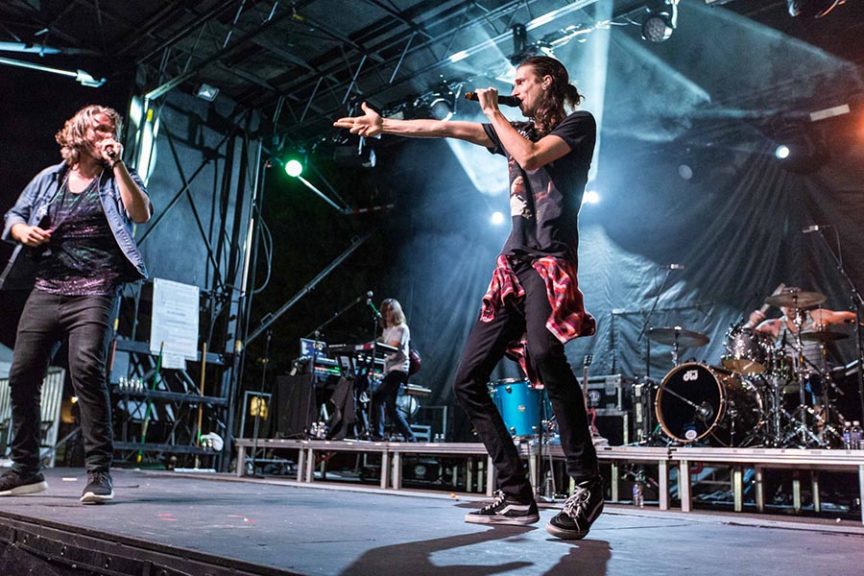 It’s been 10 years since Sean Foreman and Nathaniel Motte warned you to “don’t trust a ho.”

Yup, somehow it’s been a full decade since the Boulder-based band 3OH!3 put our area code on the musical map and conquered the Billboard charts. The band’s breakthrough album, “Want,” featured the popular single “Don’t Trust Me,” which reached No. 7 on the Billboard Hot 100.

For the big anniversary, 3OH!3 is gearing up for a celebration this fall. Maybe a tour (with a special show in the band’s hometown, of course). Maybe even some new song releases. The band is no longer attached to a label, so 3OH!3 can release what it wants, when it wants.

And there’s something freeing about that, says Foreman. It’s a hark back to the band’s simple roots: two hip-hop loving guys who grew up in Boulder, just putting out fun party music.

“It’s back to how we started in Boulder; it’s pretty raw and untethered and freeing to know we can do whatever we want. If we wanted to drop seven songs tonight, we could,” he says.

Over the years, the band has written an impressive resume, writing the anthem for the Colorado Rockies; performing multiple times at Warped Tour; rocking the MTV Video Music Awards; and playing a show at the Red Rocks Amphitheater (every Colorado musician’s dream).

A few years ago, the band released a single, “Night Sports.” But chances are, you haven’t heard much from them since. In honor of the 10-year anniversary of a killer album, we wanted to know what they’ve been up to — and a bit more about their upbringing in Boulder. We chatted with Foreman. 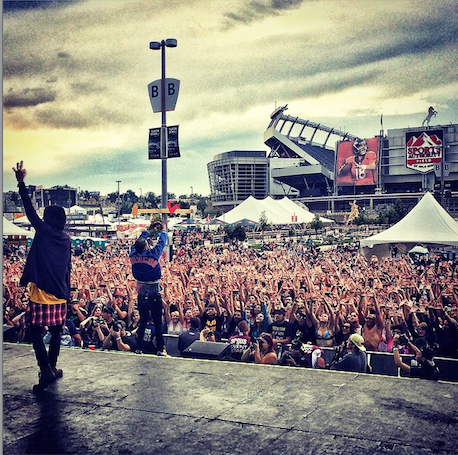 What are you excited about this year?

This year is crazy with the 10-year-anniversary of our first label-released album, “Want.” It’ll be our last Warped Tour ever this summer starting on June 20. We just did two shows: one in Fort Collins and one in Boulder for 303 Day [March 3, or 3/03].

It’s just one of those things that is so obvious by the name of it … so we try to do a show, an intimate one, like the Fox [Theatre] or something special.

The Fox is fun; it always sells out. It’s all our fans who have been there since the beginning. The Fox was the first place we ever opened. It was our goal to just play the Fox Theatre. Then we crossed that off and were like, “OK, well, I guess it’s all icing on the cake from here.’”

We always want our Colorado shows to be special and not feel like a money grab or throw-away in any sense. We want them to be an experience and different every time. … You don’t realize it until you go somewhere else on tour how vibrant and supportive of a music scene Colorado has to offer, and the venues are amazing.

For Colorado fans, [going to a show] is a weekly if not twice a week thing, even small places like the Larimer Lounge. It’s ingrained in the blood here.

What have you been up to in the past few years?

When people think of 30H!3, they know our songs, but one thing we’ve stepped out into for the last four years is songwriting and producing. We’ve written and produced for really awesome projects, from Maroon 5 to Ariana Grande to Blues Traveler.

Matt and I continue to work together, too, and we have a stockpile of a lot of music. We’re trying to figure out what we want to do with it.

So, what exactly are your Boulder ties?

I was born at the Boulder Community Hospital. I went to Majestic Heights, now Summit Middle School, then [Nevin] Platt Choice [Middle School] and Fairview High School. I ran cross-country, and was obsessed with Mesa Trail and taking a new path each time.

When you grow up in a town like Boulder, like anyone, you have the urge to spread your wings, but then you realize this is an amazing place. They call it Chief Niwot’s Curse: Everyone returns to Boulder anyway, which I can understand.

I went to CU, and that’s when I met Matt, whose story is similar.

Matt was born in Nebraska, but his dad is a professor at DU. They moved here and he went to Casey Middle School and Boulder High. We had parallel paths through Boulder; it’s funny, for being such a small town, I would see him or play basketball against him, but I never knew who he was. I would see him at local hip-hop shows. He’s 6-7 or 6-8, so he’s impossible not to notice. He was a DJ and I was rapping. I took a physics class with him at CU and we were sitting near each other and we started talking. We started hanging out, rapping, doing freestyle, producing and it went naturally.

I’m in LA now, but I have a place in Boulder and try to spend two to three months out of the year in Boulder. Our families live there and I try to spend as much time as I can in the summer lounging by the creek with my dog.

What is your proudest accomplishment?

I grew up surrounded by music and my older brother is still a DJ in Denver and Boulder. I’ve always made music, and for me, it was to always make music.

There are those big-picture things like playing at the VMAs, but for me, it’s being able to just maintain creativity. The freedom of being able to write. … It’s a real fact that the constraints of living can squeeze away your creativity. I’m lucky to be in the small percentage that can make a living making music and writing. 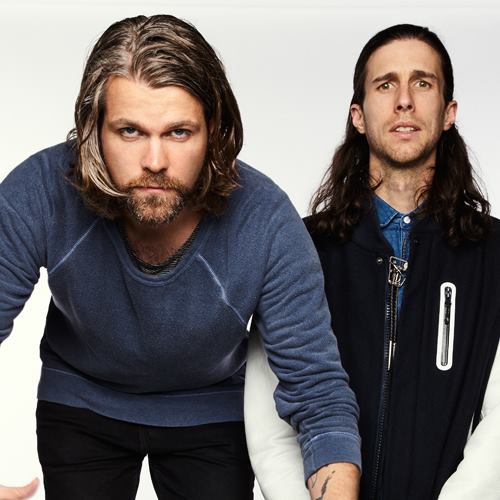 Growing up, the biggest thing for me was the independent college radio station: Basementalism on 1190 AM, the college hip-hop station there. They would bring in music to Boulder that you’d only get in major markets otherwise, like Atmosphere or Blackalicious. My access in high school to hip-hop, and even rock music and punk rock, was pretty insane.

It inspired me and my brother. We’d see these shows and think, “Why can’t we play this stuff?” It put the example in front of us and made us think, “This is possible.”

It’s interesting, when you’re growing up in the bubble of Boulder, it’s a very privileged but great place to grow up. But as you are exposed to the outside world, you decide what you want to do or say or rebel against. That’s the cynical and fun part of where we come from.

At some point, we were playing house parties and no one wanted to just make music that was overtly fun, especially in Boulder. It was almost laughable that we were so serious at this party, talking about these heady things. We thought, “Why can’t we make party music that’s fun?” Playing around with that was the beginning of 3OH!3 in the form that it took.

My go-to is absolutely to bring a hammock down to Boulder Creek and a six-pack of beer and drop it into the creek and pull up the hammock and bring a book and speaker in the summer and watch people eat shit trying to go over the waterfall.

Boulder is a place where I didn’t own a car for 21 years. It’s so accessible and such a beautiful place to ride your bike, even just going down Pearl Street and people-watching. Chautauqua — there’s no place like it, going up to the Flatirons.

There’s always a new element for me in Boulder. For a long time, I climbed. Now I got a fly-fishing rod. Is this what I’m doing now? I don’t know. There’s always something new that’s pulled out when you’re there.

What’s the perfect day for you in Boulder?

A nice sunny day. Going to Lucky’s and getting a donut. Going on a hike. Riding your bike to [the] Rayback [Collective]. Getting a beer. Sitting out on the bench there eating from a food cart, and then making your way to Pearl Street.

What’s your favorite place to eat?

I like Efrain’s and Santos. It’s my favorite type of food: New Mexican/Mexican/green chile. I worked at Snarf’s. These are my favorite sandwiches ever. When I go back to Boulder, I’ve got to eat at Snarf’s.

Where else do you have to visit when you return to Boulder?

Albums on the Hill. Andy, the owner, has been running that since I was a kid. He’s amazing, supportive and will always throw local music up. He’s the type of guy if you say, “I just started this hip-hop group,” he’ll not only listen to the album, but he will tell you how he feels about it and put copies in his shop.

It’s a special part of Boulder. I used to wait for midnight releases outside his store. It’s a place not only to stop in on the Hill if you’re in town but literally, if Andy’s there, talk to him; he knows more about music than almost anyone I’ve ever met. Crazy stuff. An obscure, grindcore band, he’ll know. He knows everything, and I tip my hat to the fact that he’s still doing it.