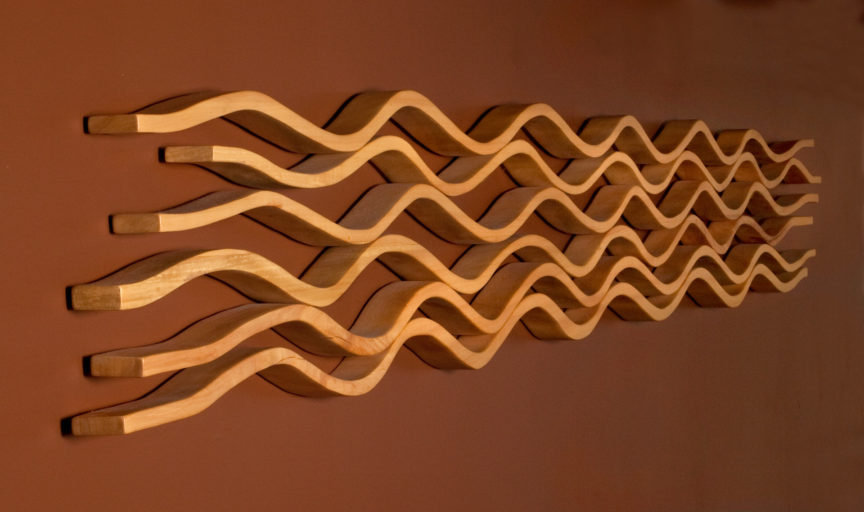 He lay unconscious in the hospital bed, and the young woman held his hand. She made him a promise that would carve out the rest of her life — and punctuate the finality of his.

Jan DeSwart, the elderly woodmaker of Holland, was far past speech, but she felt his feeble hand squeeze hers in acknowledgment that he’d heard her. And in farewell. It was what he needed to hear to let go. He died the next day.

Young Anne Shutan was devastated at the loss. And terrified — of the magnitude of the vow she had made to a dying man; DeSwart was a woodworking genius.

She’d met him through a common connection in 1985 in Los Angeles. He had been so impressed with the Boulder County artist’s work that he decided to make her his protegee, the apprentice he’d been searching for his entire life to share his artistic secrets. 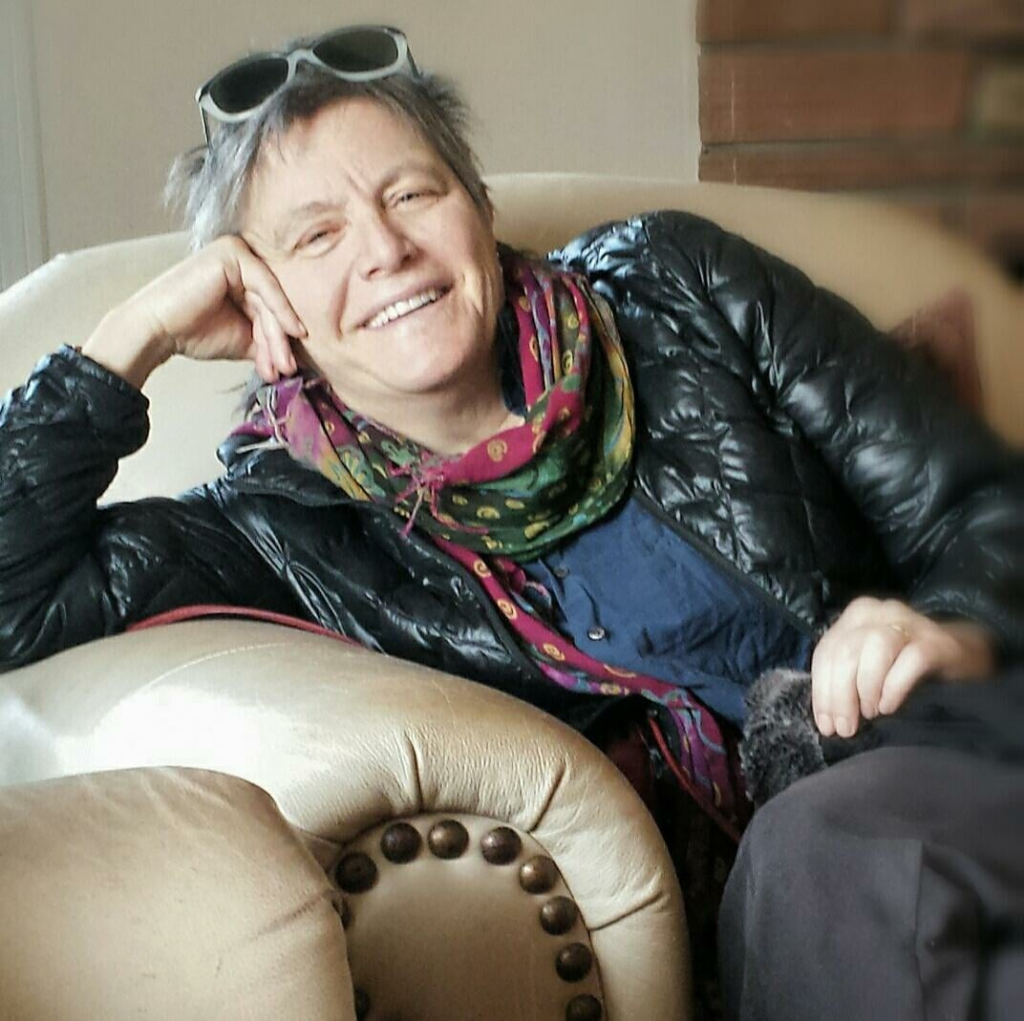 “I will teach you how to use the bandsaw like a pencil,” he had promised with his thick accent.

Shutan kept her promise, too.

Thirty-eight years later, the Boulder County woman is renowned for her wood carvings, in particular elaborate, one-of-a-kind doors. Some stand as dramatic entries to judicial centers or libraries. Others redefine curb appeal for private residences. The doors range from $7,500 up to $25,000, depending on the details and size. They can take upwards of four months to hand-make. She makes most of her doors with the most stable wood: mahogany. Sometimes, she uses other hardwoods, such as cherry, walnut and teak. 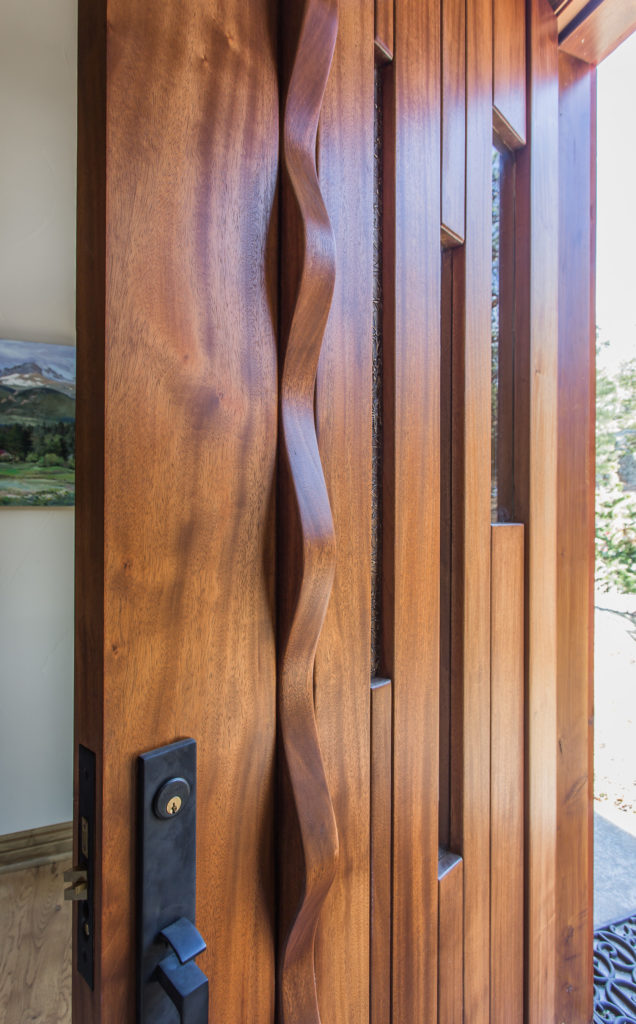 She also makes wooden beams, sculptures, artistic musical instruments and furniture, but none like you’ve seen before. She uses a large bandsaw from the ’50s to literally turn the wood inside out, exposing the deepest core of the tree. She makes wood look like water, giving it movement and flow.

“I do feel like I was able to carry on what he passed down,” Shutan says.

Shutan says she has an intimate relationship with wood. She says she sits with a piece of wood — even just a square beam of wood — sometimes for days before she begins working on it. She spends time with it until suddenly, something speaks to her and she knows what to do with it. 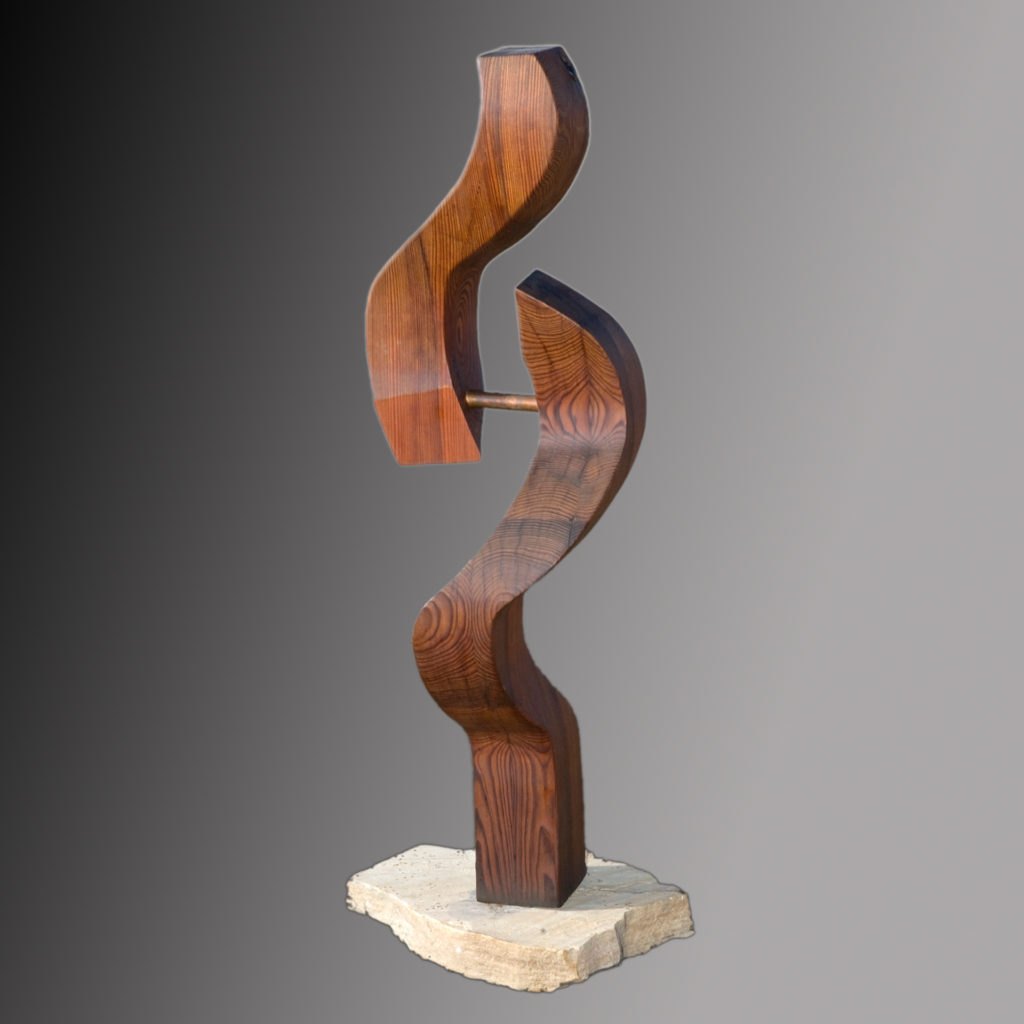 “Whether it’s the wood or God or I don’t know, but whatever it is, something speaks to me,” she says. “I’ve done it enough to know it’s for real. … Something’s in the wood.”

Maybe it’s the echo of DeSwart. After all, she says, he is still her main inspiration. She says she still talks to him frequently.

“Each piece has its own secret,” she says.

And in that, each piece represents a sliver of her mentor’s mysterious mind.

We wanted to learn more about Shutan’s unique art, so we spent time talking to her. Here’s what else we learned.

What are you excited about now?

I am now part of a gallery in Big Sur, the Hawthorne Gallery, one of the finest galleries in the whole country. It’s an honor to be a part of it.

Where does your artistic direction come from?

Each design is unique. There’s no way for any door to be the same, because they’re all from a different tree. Even if I tried to do the exact same one, I couldn’t because of the grain and knots and whirls and fissures. But to this day, my inspiration is from Jan, my mentor.

How has your art changed and remained the same over the past 35 years?

Parts have changed; I do it in different ways. But I still love making such a hard medium look liquid, look like water. It’s a solid, but it has the semblance of movement and water. Water is such a live medium, as is wood, but people don’t think of wood as a live medium. There’s no such thing as a dead tree. The cells are always moving and breathing.

I do lots of wave sculptures now more than ever, not only for me — it’s exciting to make — but also to give to a client. It brings water into their world in a very unexpected way.

What are some challenges of your work?

My doors are all completely solid wood, which is harder to do. There are more avenues for something to go wrong — which is not something I shy away from. Because mistakes are the road to magic. In the beginning, mistakes used to be really scary. Now, when I make a mistake, it’s like, “Hmm, I wonder what it’ll be now.”

Hopefully, I can apply that to my day-to-day, too. My art informs me on how I should be living, even though I forget it from time to time. We forget we can fall in love with different things in the same way. I fall in love with each piece I make. It’s like I have a relationship with the wood, and in having a relationship, I need to work with it. Just like you do with people.

Other than doors, you also make furniture, sculptures and musical instruments. What’s the appeal for the latter?

I think the violin, viola, stand-up bass and guitar all have a womanly figure that is an incredible form. Jan taught me to cut things apart and put them back together, so I like taking a beautiful form and then making it a different form.

I do this with beams, too: I cut them apart and reconstruct them. They start out as a square beam of wood that I cut on the bandsaw twice and literally turn inside out.

What are your plans for the future?

It’s really hard to plan right now. I’m open to not knowing. I don’t know. The best thing I can do is not know and be OK with that. Only then can something enter me. I have to be in the dark for the light to show.