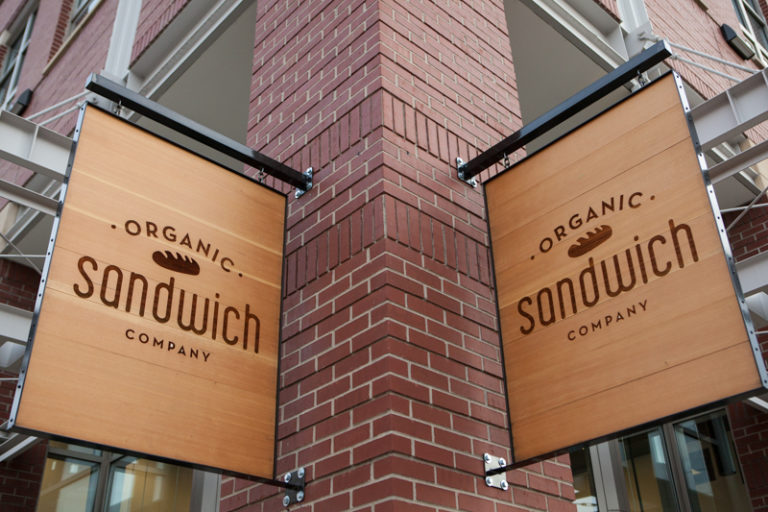 As kids growing up in Michigan, sisters Marcy Miller and Bonnie Paisley ate home-cooked meals around the dinner table every night and helped their mom tend to the vegetable garden during the summer months.

Those early experiences with fresh, simple foods made with love stuck with Miller and Paisley, the team behind the Organic Sandwich Company.

Now a Pearl Street staple, Organic Sandwich Company was once just a kernel of an idea the two sisters brainstormed while thinking about ways they could make their mark on the world. Some 16 years ago while living in Chicago, the two sisters dreamed of opening a sandwich shop where families could enjoy a meal together, one that was made from natural ingredients sourced from local farms and purveyors.

Today, that vision is a reality. They recently celebrated the fifth anniversary of Organic Sandwich Company, which has locations in Boulder and Louisville.

“I wanted to have my shop be a place where you can get the same quality food you can get at a farm-to-table restaurant, but it’s in the form of a sandwich,” said Miller. “You can bring your kids and feel good about the food you’re feeding them, and you’re enjoying it, too.”

Miller has always wanted to start her own company, an entrepreneurial bent she shares with Paisley. The two women used to get together over a glass of wine and brainstorm ways they could go into business together — no idea was too lofty or out-there.

During these conversations in the early 2000s, they first began chatting about the idea of opening an organic sandwich shop. But at the time, organic food wasn’t nearly as popular or affordable as it is now, so they shelved the idea and moved on with their lives.

After earning her MBA from Northwestern University’s Kellogg School of Management, Miller worked in private wealth management in Chicago for several years. When her husband’s job brought their young family to Boulder, Miller left the corporate world to become a stay-at-home mom to their two boys.

Eventually, she dusted off the notes for the sandwich shop idea and began to think more seriously about it. When she was able to sneak away from the boys for a few hours, Miller hunkered down in Boulder coffee shops and worked on the business plan.

She met with anyone and everyone who was willing to offer advice. More often than not, however, they suggested she run — fast — in the other direction. But Miller wasn’t deterred.

“Oftentimes, people would try to talk me out of it,” she said. “They were like, ‘Don’t you know how much work this is? It’s not easy.’ And on and on. And finally, I would show up at meetings and say, ‘Look. I’m not afraid of hard work. I love to work hard. And working for myself, working hard would be even that more fun.’”

And so, Organic Sandwich Company was born in 2014 at the Boulder Farmers Market. Miller sold three lunch sandwiches, two breakfast sandwiches and a kids’ sandwich at the farmers market, which she used as a real-life test kitchen for gathering feedback and making changes from week to week.

“It was so fun, it was so hard, it was so humbling,” she said. “People would come and buy your sandwiches and give you great feedback. Obviously, everyone had their opinion and we tried to get the good and the bad. We wanted to improve every time.”

After a year at the farmers market, Miller continued to incorporate real-time feedback when she opened the first brick-and-mortar sandwich shop at 16th and Pearl. 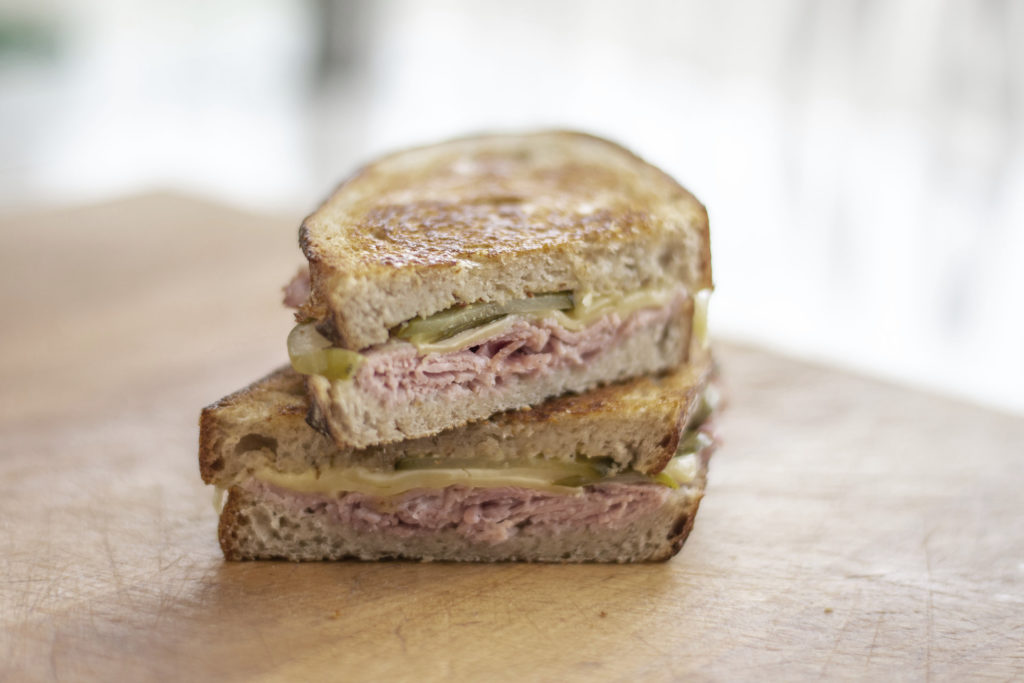 “I love when our local farmers come out with their summer list of produce and we get to switch things up like making watermelon gazpacho, squash and eggplant sandwiches, zucchini bread, etc.,” said Perri Longley, general manager of the Boulder location. “There’s always something new going on that we can get involved with. The job allows for a ton of creative freedom and flexibility.”

Not only is Organic Sandwich Company committed to using the freshest, all-natural ingredients possible, but the company is also heavily focused on sustainability. Case in point: More than 95 percent of items served to customers are reusable, recyclable or compostable.

Though she’s not involved in the day-to-day aspects of running the shop, Paisley remains a trusted advisor to Organic Sandwich Company. And whenever she’s in town visiting from Michigan, she’s been known to roll up her sleeves and start slinging sandwiches right alongside Miller.

“We were just taught that food, in essence, is life, it’s medicine,” said Paisley. “Whenever we got sick, there wasn’t a rush to get to the doctor, it was like, ‘Let’s make a good meal and help your body heal.’ That’s what my sister Marcy has created in Boulder. She’s providing a good, clean, fresh meal to the community.”