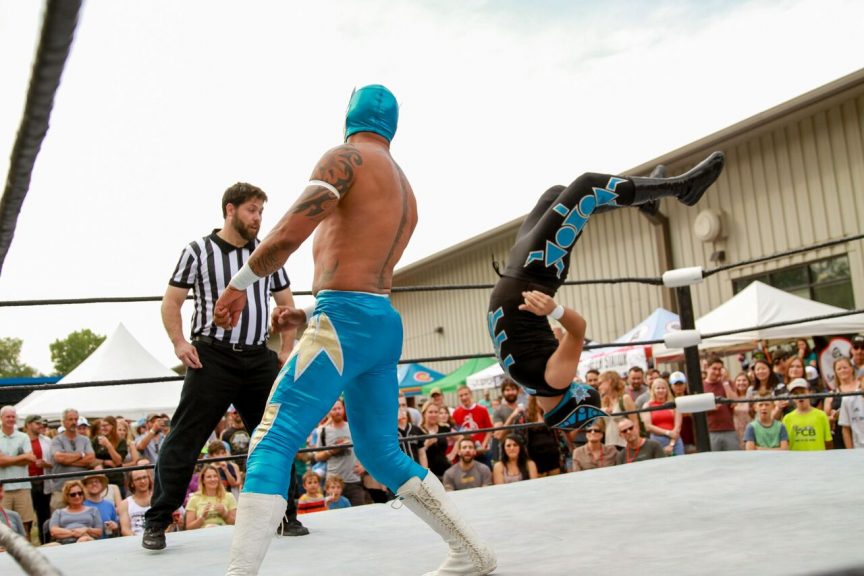 In Colorado, and especially in Boulder County, it seems like there’s a beer fest every weekend.

Here, you can sip on exclusively brewed beers, munch on a selection of about 40 different types of tacos and watch grown men in masks dramatically wrestle each other, luchadores style, while narrated by comedians.

“It’s the place to be on Saturday,” says Josh Kravetz with Adventure Fit Inc., which organizes the festival. 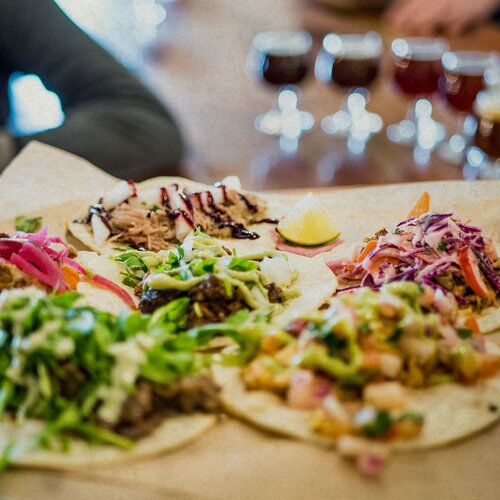 In fact, the Taco Fest won the 2018 Best Beer Fest of the Rockies award by Elevation Outdoors Magazine — in its first year. Then, about 800 people showed up.

This year, already three times that many have bought tickets. Kravetz says admission will be capped around 2,000, and that capacity is not unlikely. Especially the limited VIP tix, which include five tacos, three beers and access to an indoor, air conditioned lounge with great wrestling-viewing seats on a deck.

General admission includes one beer and one taco (as if anyone can only eat one taco, ever). Luckily, you can buy more tacos and more beer, as needed.

The idea for the Sanitas Taco Fest spawned out of the existing partnership between Sanitas Brewing Co. and McDevitt Taco Supply, which has a cart at the brewery. Last year, McDevitt wanted to spread the word about a new restaurant location in town, and Sanitas wanted to revamp its big annual event. Previously, it held the Sanitas Fest, with beer tents and live music. You know, standard beer fest style. 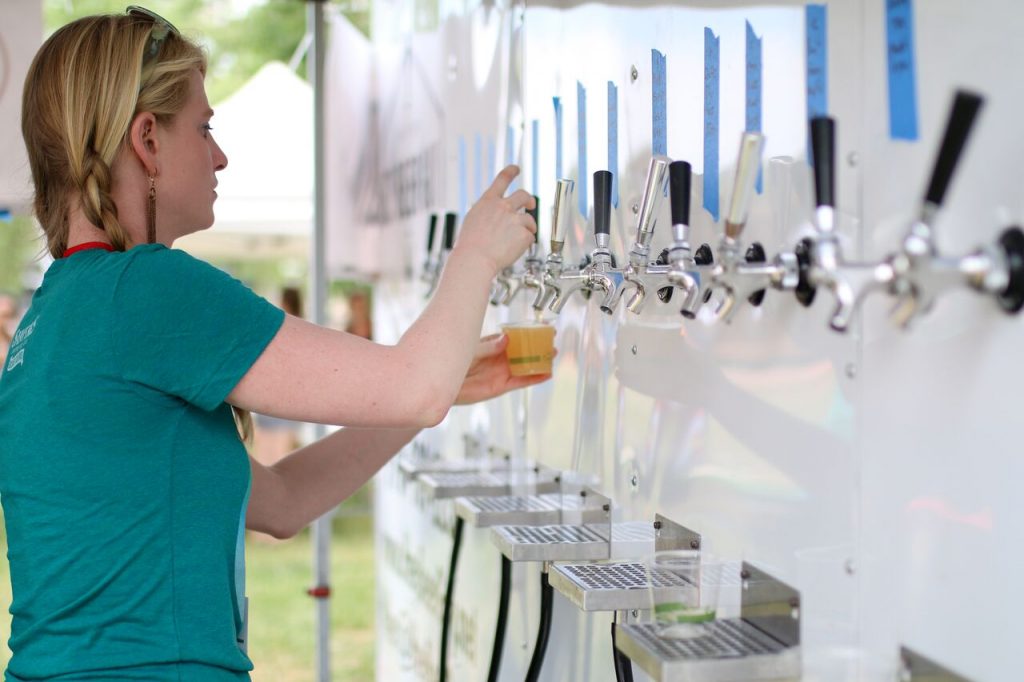 “They needed something that would stand out because there are festivals every single weekend,” Kravetz says. “It was hard to really compete.”

Adding tacos to beer was an obvious win, he says. But what event organizers didn’t expect was how amazing the wrestling was going to be.

They brought in the Denver Lucha Libre and Laughs, “real-deal, Mexican, luchador wrestlers,” mixed with American dudes who like to workout and wrestle, Kravetz says. But what makes this pro wrestling team outstanding is that it’s narrated by stand-up comedians. In fact, Lucha Libre and Laughs was named the Best Comedy Night in Denver three years in a row (2015-17) by Westword’s Best of Denver honors. 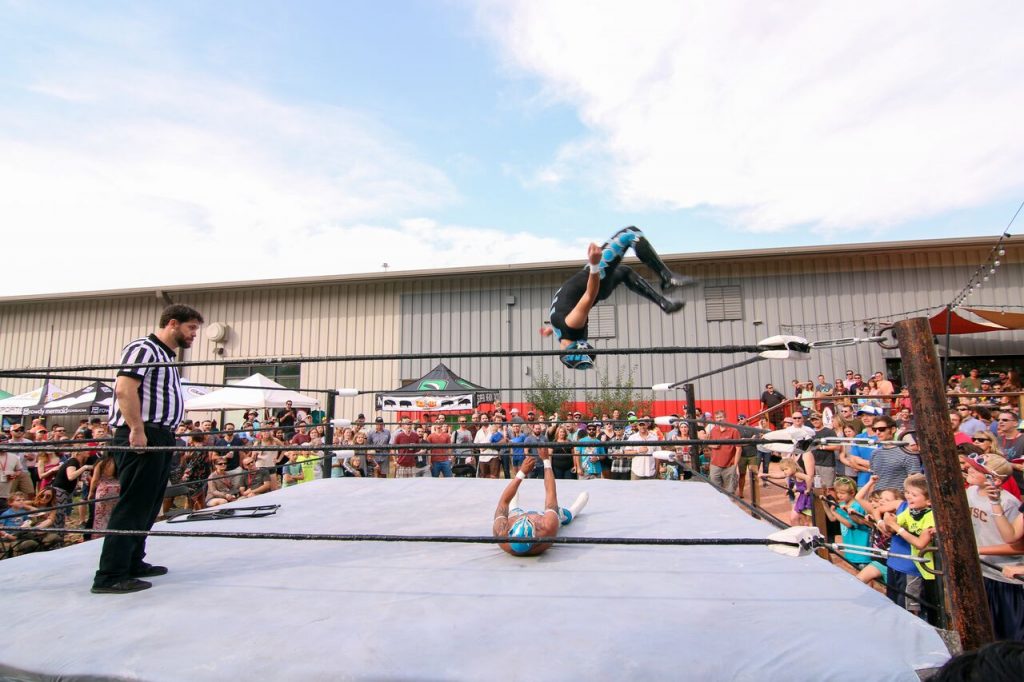 “Imagine watching a bunch of guys in masks going at it without commentary,” Kravetz says. “Having the comedians livens up the whole experience. Everyone loves it.”

In the matches, there are typically good and bad guys and each wrestler plays a special character.

Last year, there were three matches, but this year it has expanded to five matches, ending with a tag team; that’s two on two.

“These guys last year broke chairs over each other’s backs. It was wild,” Kravetz says. 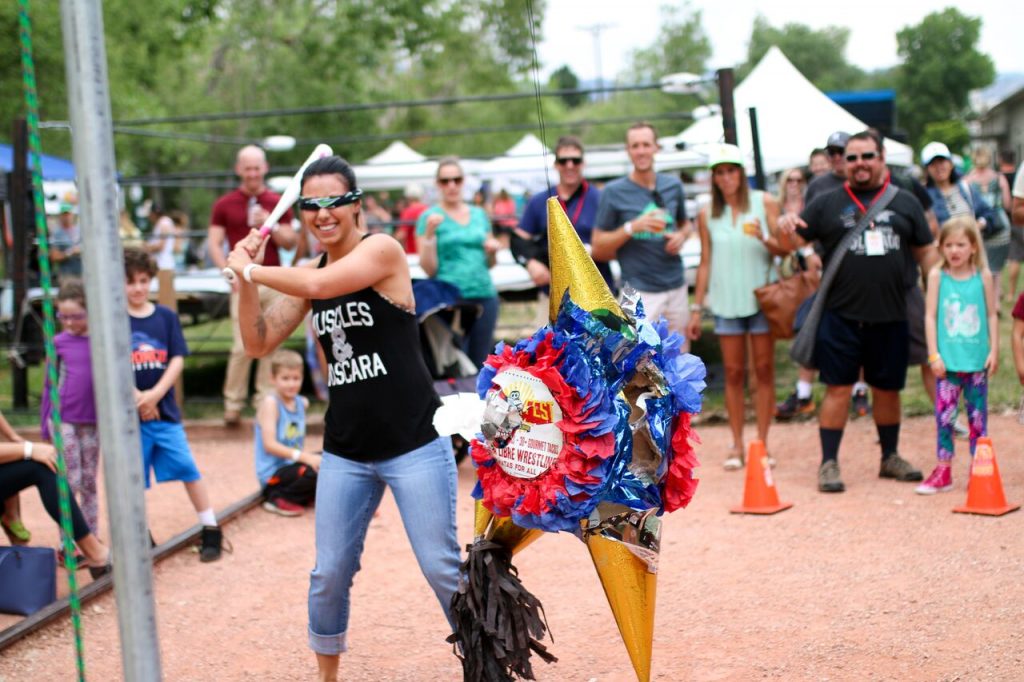 It’s family-friendly and lighthearted, though, so the fest welcomes kids, too. (No pets, though.) There’s an inflatable obstacle course for kids and candy-filled pinatas to smack. There are also adult pinatas, containing beer and taco coupons. 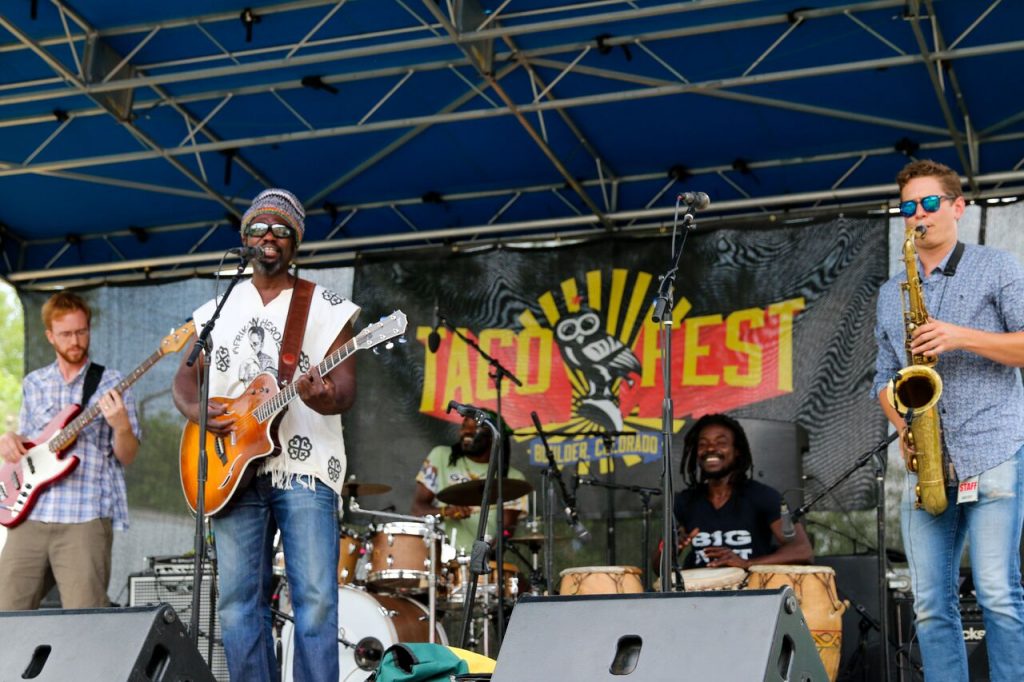 Of course, beer is the heart of this event, and Sanitas is making more than 20 beers just for Taco Fest. Try them in 4-ounce tasters (or buy a full pint), including many that go great with tacos and sunshine, like a refreshing, light lime lager and a mandarin lager. Sanitas has produced many fruity and sour beers in the past, plus ales and IPAs.

Local tip: Buy your ticket to the Taco Fest in person at Sanitas Brewing or McDevitt and get a free beer or taco on the spot that day.