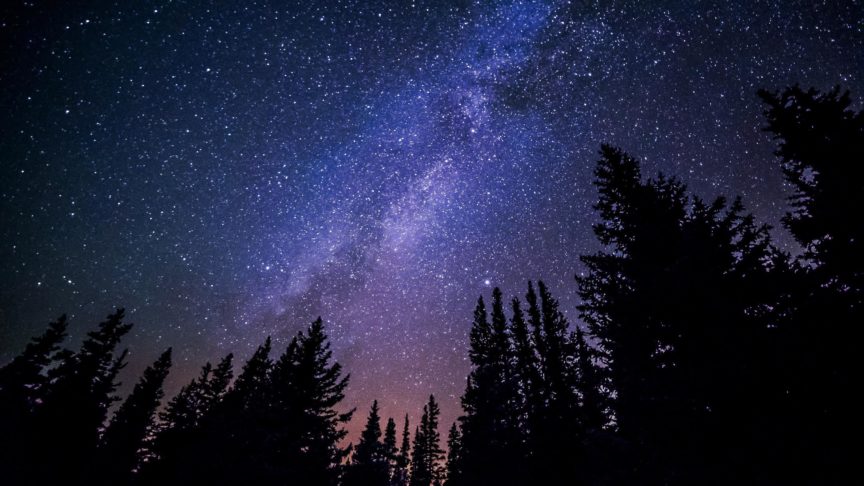 Boulder’s higher than Denver, has less air pollution and has easy access to mountains and areas with reduced light pollution.

With more than 300 days of clear skies and an altitude of more than 5,300 feet above sea level, Boulder is a stargazing paradise. The Flatirons and nearby Rockies help shield light pollution, and the plains to the east set up unobstructed panoramas that seem to go on forever. Warmer weather is especially ideal for a night out under the sky, whether that’s a contemplative evening alone, a romantic date or an educational evening with the kids.

Here are eight of our favorite places to take in the heavens in and around Boulder. 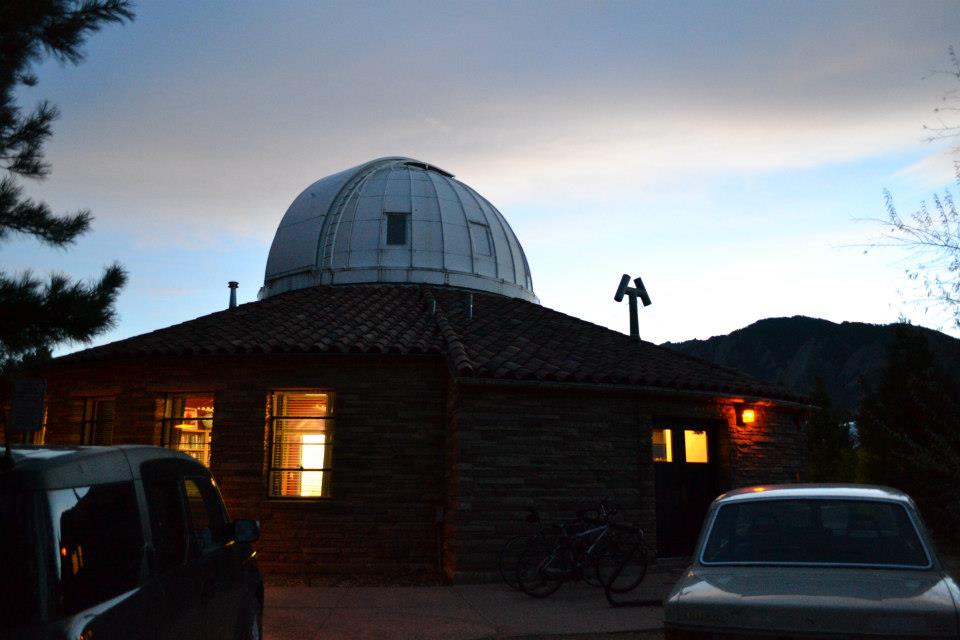 The University of Colorado’s Sommers-Bausch Observatory holds free, public star-watching on its observation deck on Friday evenings (weather permitting) year-round when school’s in session. Show up any time after 8 p.m. during the fall and spring and 9 p.m. in the summer. 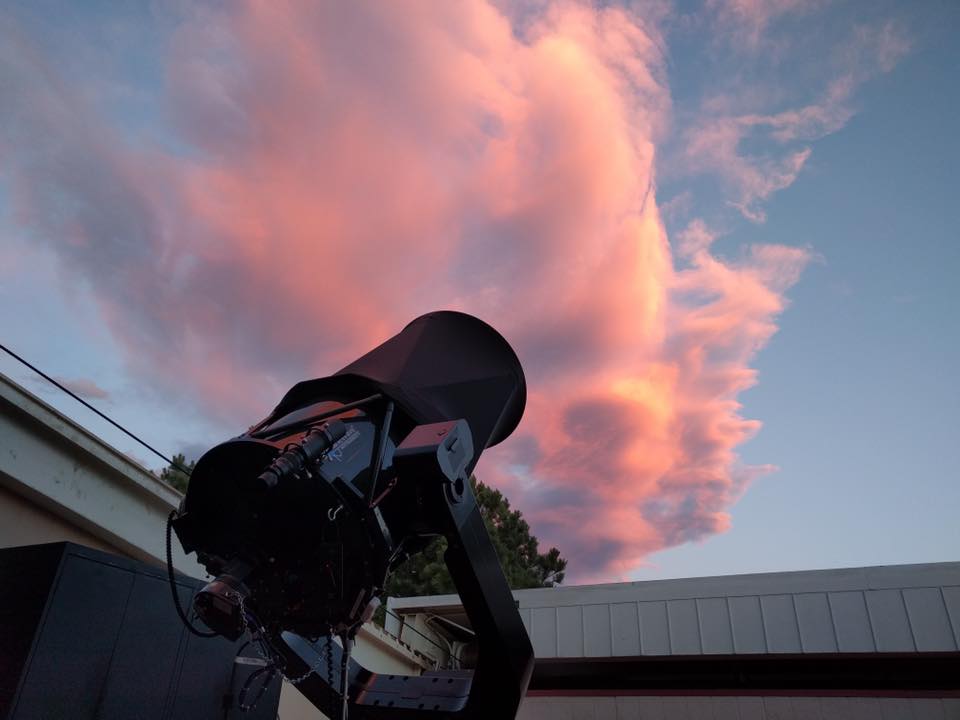 You’ll find small and large telescopes (even a 24-inch telescope in the dome), binoculars and even the world’s largest starwheel to help you pinpoint the constellations. Look for professors, researchers, local astronomers and student volunteers to offer informal info. Make it a full night by visiting the Fiske Planetarium next door for a Friday evening show.

The observatory is run by the Department of Astrophysical and Planetary Science.

It’s about an hour from Boulder to Estes Park, so make a day out of it and enjoy the charming, old-fashioned downtown when the sun’s still out.

Even better, stay the weekend at the YMCA of the Rockies and participate in its astronomy program. Every week, the Y offers guided astronomy programs for people ages 10 and older. You’ll look through telescopes and take a guided tour of the sky. Participants learn how to identify more than a dozen different constellations and learn their fun myths, too.

The Y also offers an all-ages star-gazing program that is a little more casual. No need to pre-register for this one (you do need to sign up for the astronomy class). 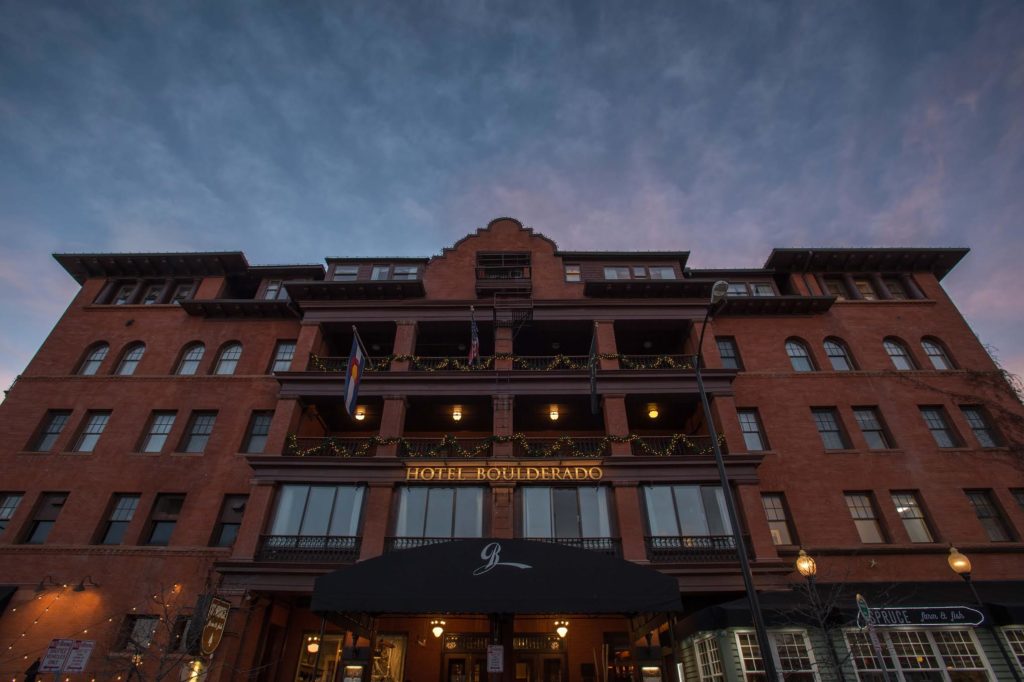 Here’s a new, unique offering in Boulder. The Hotel Boulderado at the base of the foothills is offering a Clear Colorado Skies package that brings together the twinkling night sky and luxury. The package includes two nights at the historic hotel, breakfast for two every morning and private transportation to and from the Flagstaff Mountain, which offers one of the best lookouts over Boulder and beyond. You’ll get a fancy picnic package, complete with a cozy blanket, a gourmet picnic basket packed with charcuterie, a bottle of wine, wine glasses and sweet treats. It’s the perfect date for two under the stars ($375 per person, plus $25 for each child age 5-15). The package is available through Aug. 31, 2019. 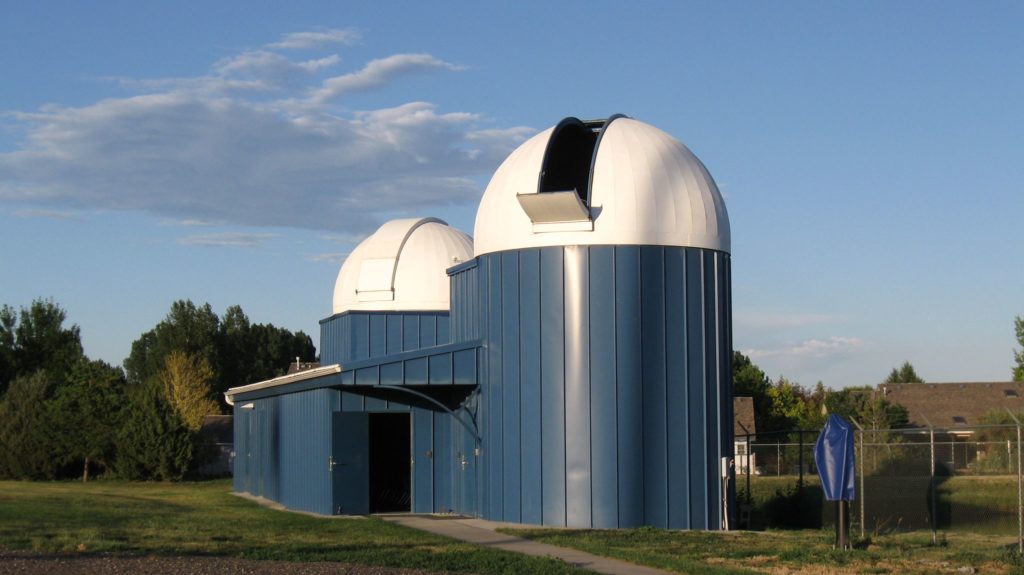 Head to the small town of Berthoud (about 45 minutes away) to experience the Little Thompson Observatory. The observatory, open to all ages, has drawn more than 75,000 visitors since 1999.

On the third Friday of each month (except July) starting at 7:30 p.m., it holds a public star night. No reservation needed. Take a tour of the skies using large telescopes, learn about astronomy and hear a presentation; the topic and speaker changes every month.

Or you can plan a private visit on your own time, five days a week August through June (closed in July for maintenance). The observatory also welcomes groups (classes of students, scouts, companies, you name it). You’ll get access to the three telescopes: 6, 18 and 24 inches.

This is a fun way to make a full day of interactive, entertaining education. Explore the museum and then head to the top floor, where there’s an observatory. You can look out over Fort Collins and beyond.

The museum is only open late on Thursdays (until 8 p.m.), so that’s the best day to visit f you want to try to get in a little night sky action. Otherwise, the museum closes down at 5 p.m. and it’s closed entirely on Mondays.

If you don’t want to do the entire museum, you can get into the Digital Dome (like an Imax movie, where the screen stretches onto the ceiling) for just $4. That gives you access to the Rooftop Observation Deck. 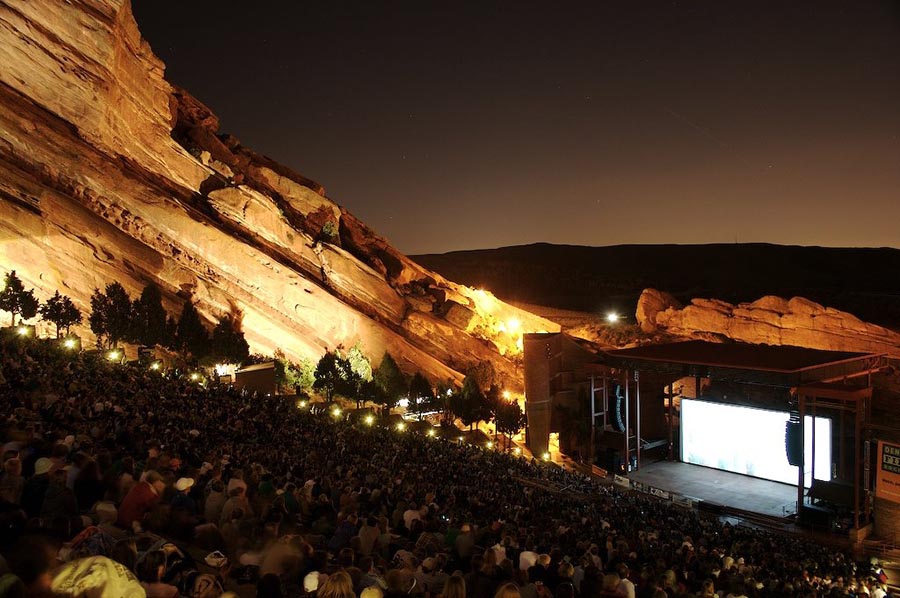 This naturally occurring, red rock stage is known for drawing some of the world’s best musicians, but it’s also an amazing place to gaze at the stars. From Red Rocks, you can see all over the Denver-metro area and beyond. Get tickets to a summer concert or Film on the Rocks, and enjoy the night sky as a bonus act. Film on the Rocks is the best bet if you want less light pollution.

While there are tons of incredible places to take in the views around Boulder, Lookout Mountain is a particularly incredible spot at night. Park along the road and pick your spot. The mountains to the west seem to make the stars pop. 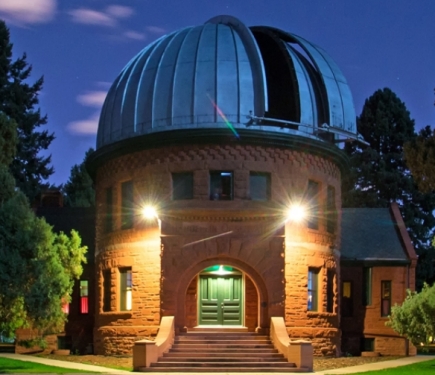 Head to the University of Denver for these views — with a historical twist. The Chamberlin Observatory is on the National Register of Historic Places. It was built in 1890 in the Richardson Romanesque style. The observatory was renovated in 2008, but history remains king here. Its prized feature (still on site): the 1894 Alvan Clark-Saegmuller 20-inch refracting telescope. 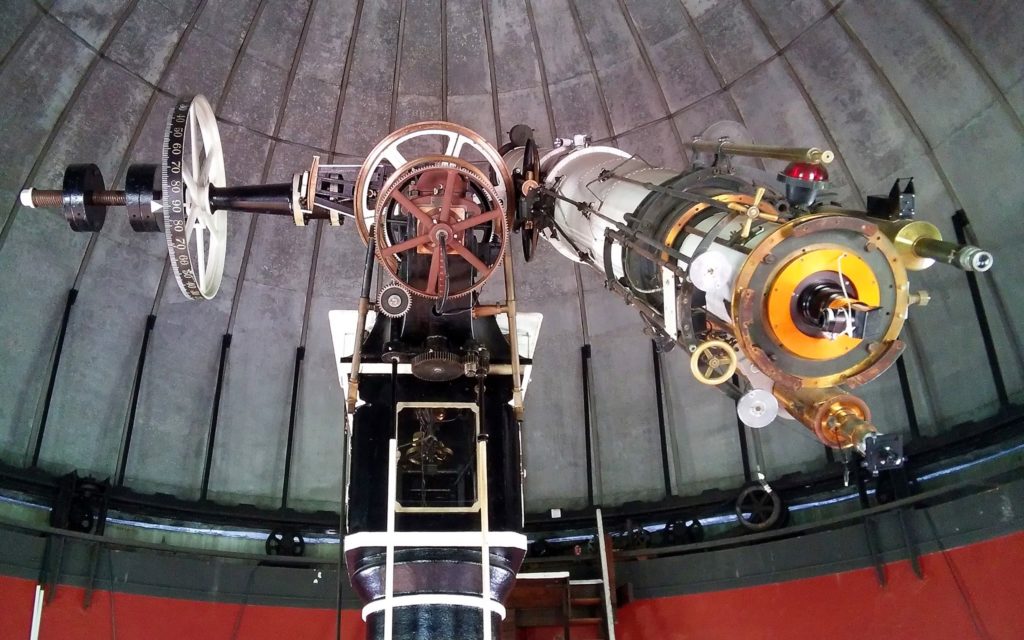 The observatory holds regular open houses and public nights: on Tuesdays and Thursdays at 7:30 p.m. in the winter and 8:30 p.m. in the summer. Tickets are $4 for adults and $3 for kids. Events are run by the Denver Center for Astronomy.

“Colorado makes the starry sky appear all the more magnificent. The study of the sky from Colorado predates the arrival of European settlers in the region, as witnessed by the supernova petroglyphs in Chaco Canyon and the star-oriented Medicine Wheels of Wyoming. Indigenous peoples undoubtedly made use of the changing constellations for clocking the seasons, in ceremonials and foretelling events. Modern astronomy in the region has its roots in the vision of John Evans, founder of Northwestern University and territorial governor of Colorado, who organized the University of Denver (Colorado Seminary) in 1864.”