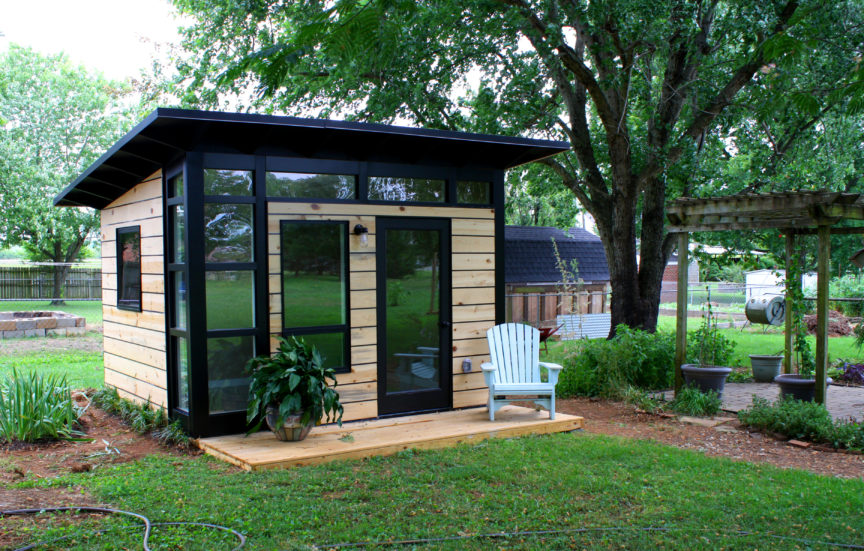 As increasingly more Americans are working from home, whether temporarily or for good, one Boulder-based company is offering a solution.

They’re called Studio Sheds: customizable, easy-to-put-together, free-standing buildings that you can pop up in your yard in a matter of days or weeks, creating a separate work space.

Think of them as elevated backyard sheds, but with windows and doors letting in plenty of natural light and just about any add-on you can imagine, from electricity to kitchens and bathrooms. Some designs have pointed roofs and elevated ceilings. They all are made with recycled materials and high-efficiency glass.

Some people use them for wellness studios, storage, garages, playrooms or guest rooms. There’s even a greenhouse version. But after the COVID-19 quarantine that forced an unprecedented number of jobs to relocate home, Studio Sheds saw a surge in orders for home offices. In March alone, orders were 28 percent higher than the previous year. A large amount of the growth was in the Signature Series shed, the original, simplest and cheapest option. 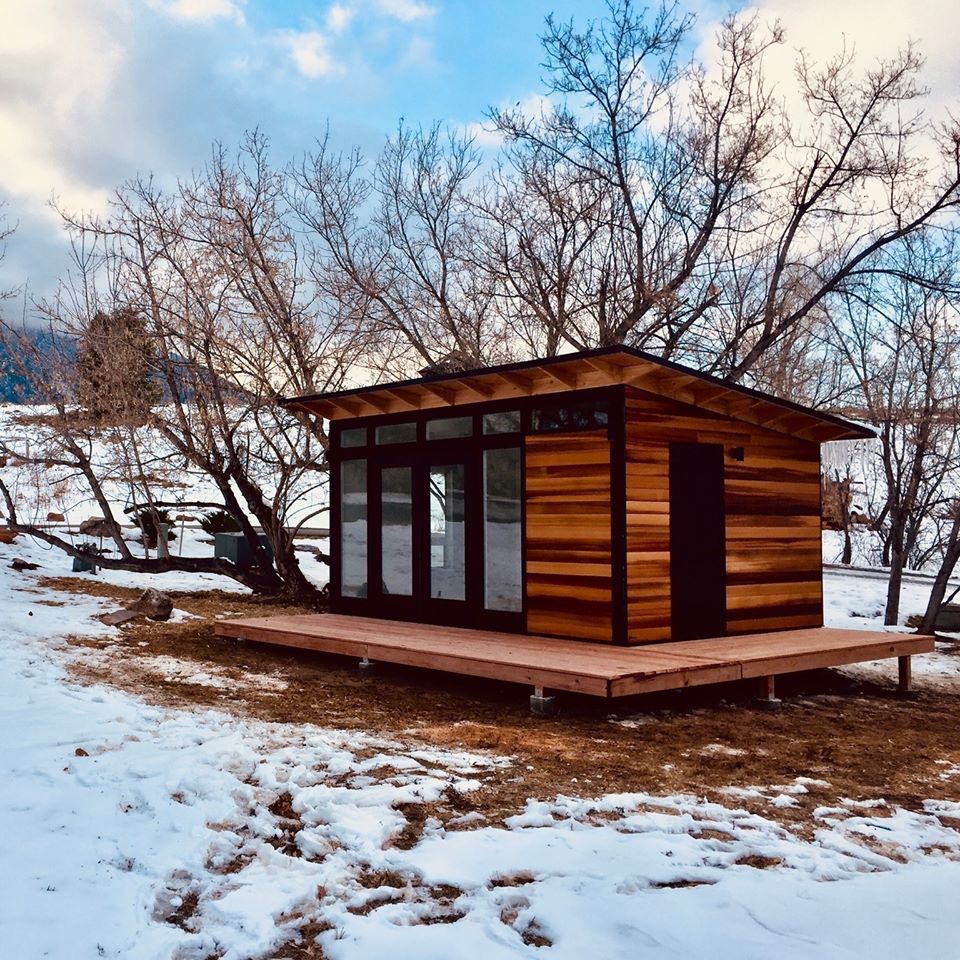 Studio Sheds started out of personal necessity for Jeremy Nova, an engineering graduate from the University of Colorado Boulder and competitive mountain biker (he’s won 15 national championships and competed as an Olympian in 2004). He and his wife (also a mountain biker) had too many bikes for their garage. They needed a storage shed for their bikes, but they didn’t like the typical dark, barn-like boxes on the market.

So Nova built his own.

One day, his training/riding buddy Mike Koenig, of Boulder, saw the shed. He wanted one, too, so he built one for his own backyard. It wasn’t until after years of friends complimenting their sheds at backyard BBQs and parties that it clicked.

“I think there’s a business here,” says Koenig. “If we can make them easy to put together, like Legos for adults that anyone can do, we could redefine the shed industry.”

In 2008, they launched the self-funded business with the basic design from their backyards in two sizes: 8-by-10 and 10-by-12. They built their first three orders by hand in Nova’s backyard.

One day, Koenig and his wife were expecting their first child. He was working from home three days a week in their 1,100-square-foot ranch. Things were getting crowded, and it became clear Koenig needed to find a workspace elsewhere.

He decided to finish out his shed. Three days later, he says he will never forget sitting in his detached office at his wife in the glowing kitchen nearby. 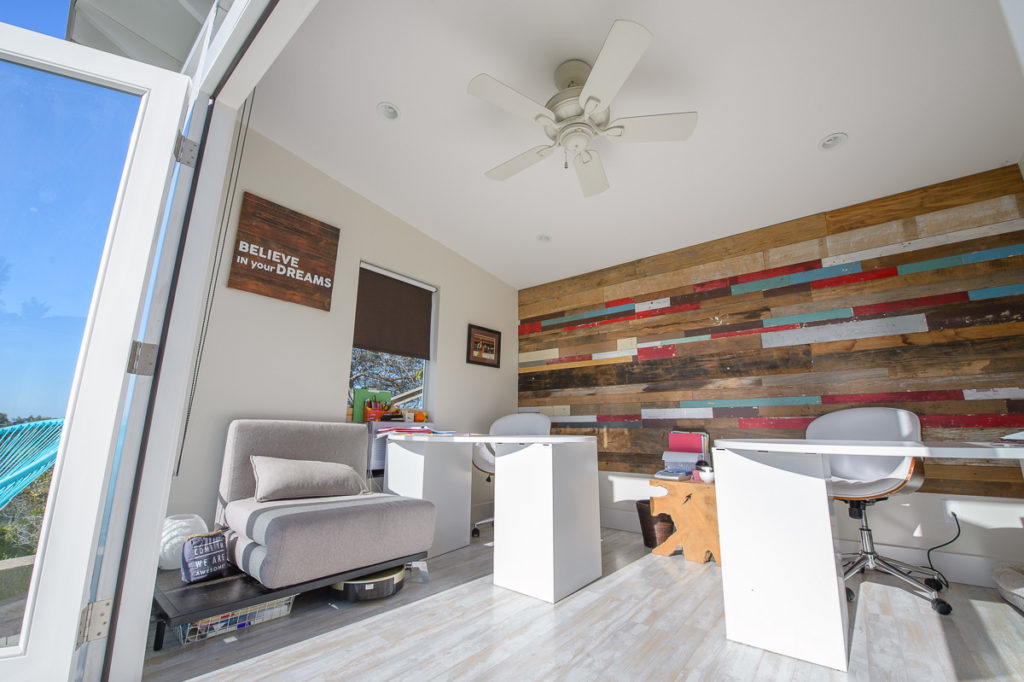 The interior of a Studio Shed. Courtesy photo

“I realized the psychological separation that is needed, and why people go away to work is critical,” Koenig says. “My quality of work and our quality of life improved greatly.”

He had repurposed an area of his yard that had been underutilized, while adding value, not just financially but in quality of life, he says. 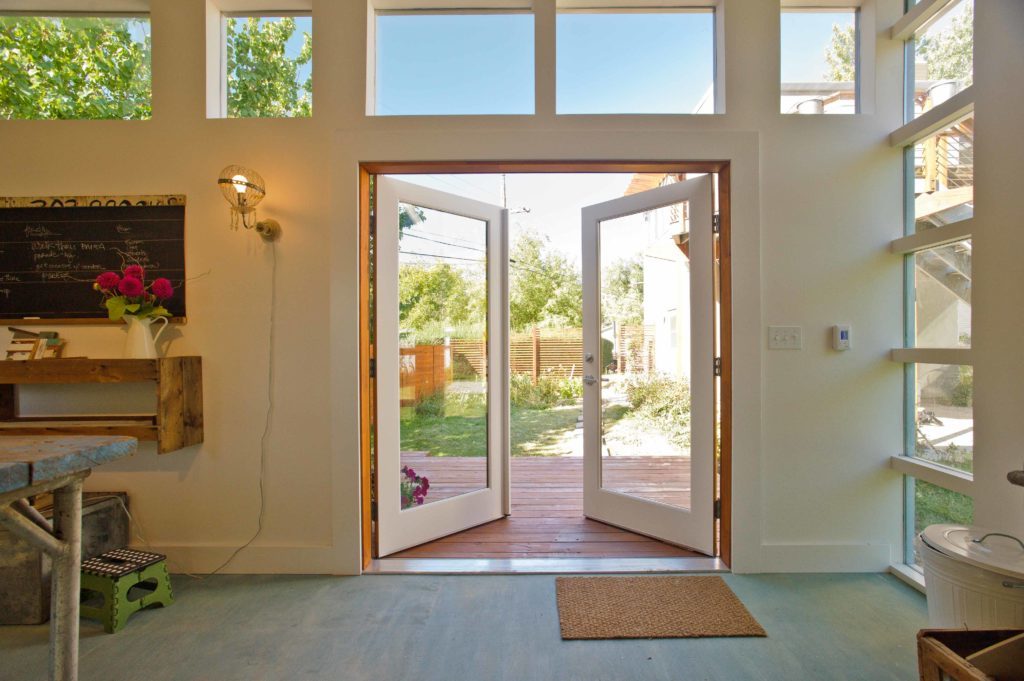 From inside the Studio Shed. Courtesy photo

He was not alone.

“What we found immediately was people wanted to finish it out. They said it was too nice for a storage shed. Or they needed extra space,” Koenig says. “They said they were going to convert it into a home office or gym, or ‘I’m a jewelry-maker, a cat groomer, a wig maker, product testers,’ you name it. Writers. It’s whatever you can imagine it to be. Your dream space.” 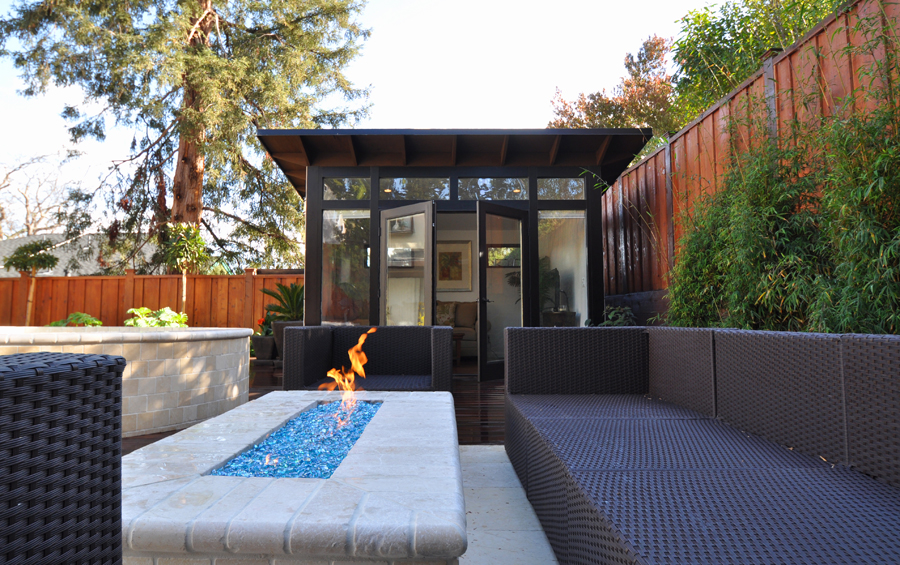 A Studio Shed with a patio. Courtesy photo

Today, there are three different types of studios and a dwelling option, with sizes ranging from 64 square feet for the smallest Signature Series (starting at $10,500) to 1,000-square-feet and beyond for the Summit Series (starting at $24,300). The Portland Series has a gable-style (pointed) roof. You can also link the buildings together. A 3,000-square-foot unit is currently going up in New York.

The larger buildings can serve as tiny homes, cabins or separate living spaces. 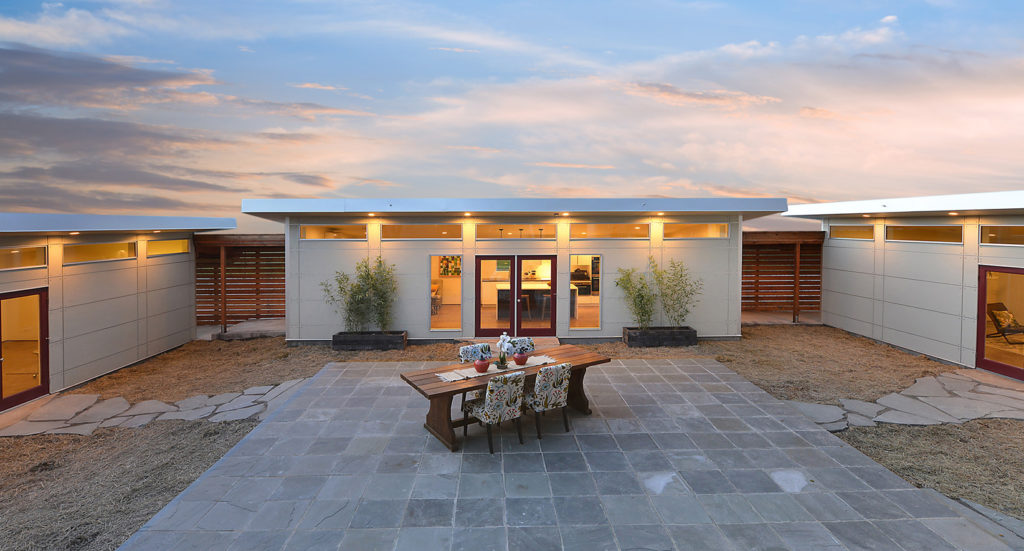 Some Studio Sheds can be shipped within a week. If you’re crafty, you can build them yourself. If you need plumbing, that’s an add-on. If you want a kitchen, add on the fridge, stove and cabinets. All instructions are included, even for permits, if needed. Or you can pay extra for a contractor to do it for you.

“We try to make it as easy as possible, take the pain out of the construction process, which can be super intimidating,” he says.
Since opening 12 years ago, Koenig says Studio Sheds have taken enough cars off the road to save 8 million gallons of gas, and the buildings are more energy-efficient than a typical house. If used for a home office, some may be eligible for tax savings, Koenig says. 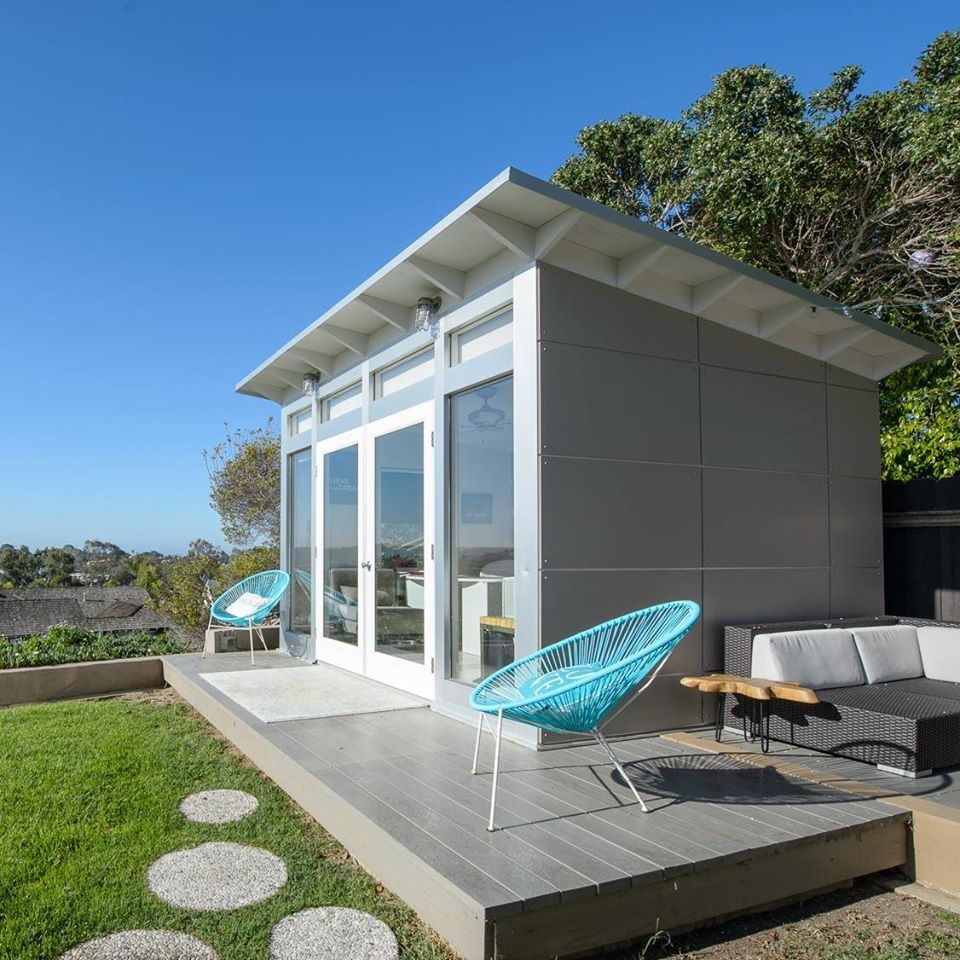 See for yourself: Studio Sheds has a factory and showroom at 1500 Cherry St. in Louisville, where you can see the production and structures firsthand.