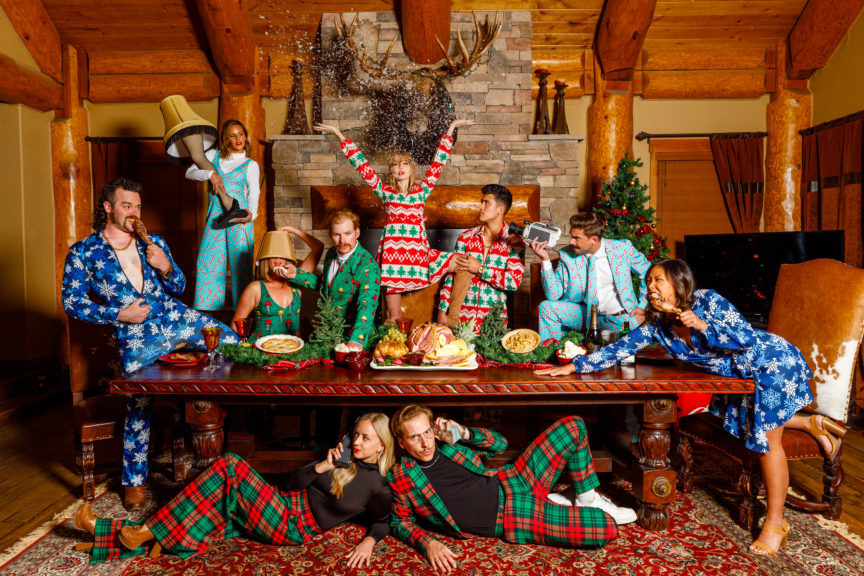 Just because you can’t (appropriately) (and also possibly legally) sit on Santa’s lap and make demands doesn’t mean the holidays aren’t for grown-ups, too.

There are other ways for adults to celebrate the season.

Whether you don’t have kids (ever or any more) or you need a break from them this winter, Boulder’s packed with adult-only holiday fun—and we’re not talking about humiliating yourself on too much eggnog at the office party. Although many of Boulder’s best to-dos for grown-ups do air on the side of naughty over nice.

One way to start the season is to join Boulder’s weirdest and most irreverent gathering, the annual Boulder SantaCon. It’s a mass gathering of people dressed in Santa Claus and other holiday costumes, jingling from bar to bar. But don’t call it a bar hop or pub crawl. Every time you call it that, a sugar plum fairy loses its wings, SantaCon organizers warn. It’s a jolly protest (without the signs and picketing, and with margaritas and beer) of lame holiday parties. 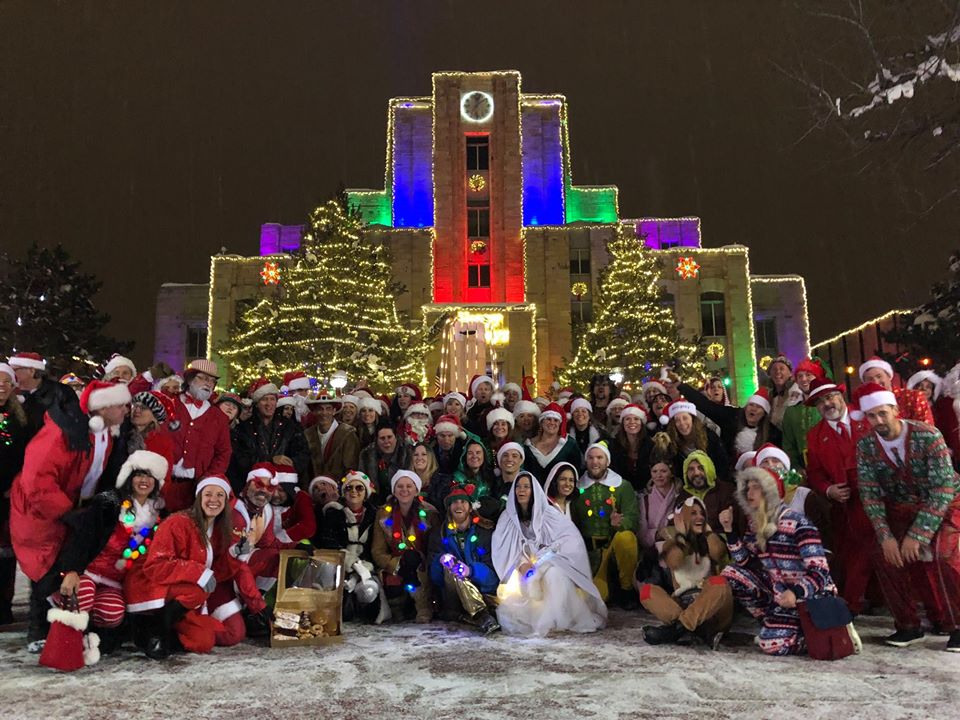 SantaCon is really about being creative and spontaneous and odd, letting loose in a season that can too easily become too stressful and serious. 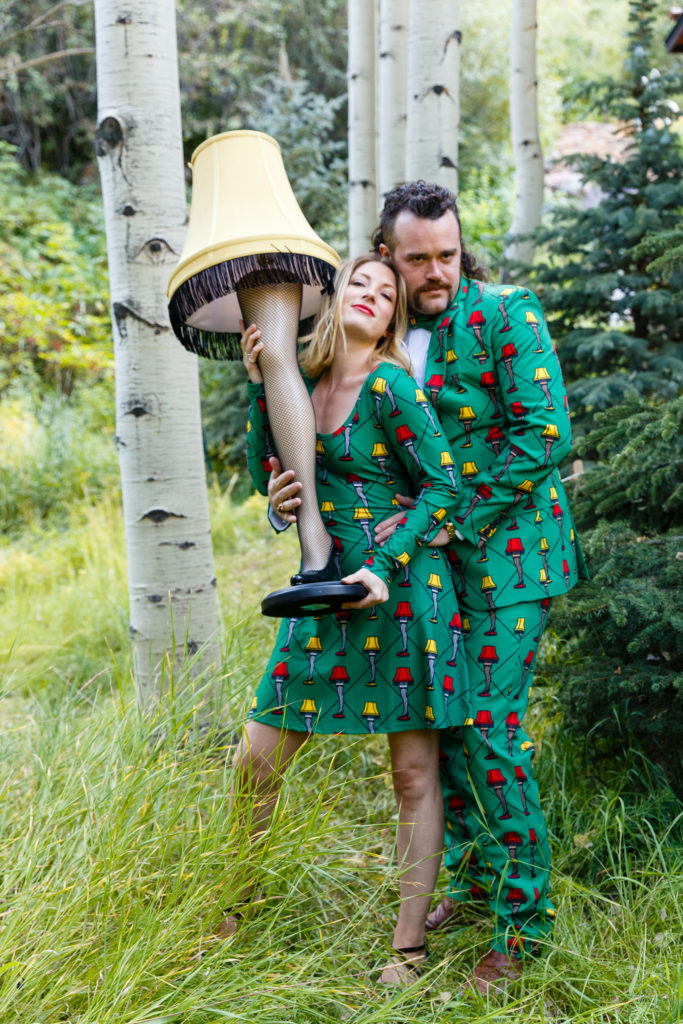 Chris White, of Boulder, started the company in 2011 when he was a grad student at the University of Colorado.

Basically, he wanted to have The Sickest Duds for parties (think: ugly sweater dinners) but without having to spend 80 million hours scouring the thrift store racks and estate sales for the most ridiculous attire.

Actually, Shinesty’s first incarnation included vintage one-of-a-kind gems, but that became impossible to keep up on a larger scale, so Shinesty began hiring local designers to create custom outfits inspired by the fugliest and funniest clothes in history. But with modern fabrics, high-quality production and no risk of weird mothball scents. Still, Shinesty’s seasonal lines are limited, so it’s not like buying a quirky vest at Target that you’ll see at every SantaCon across the country. 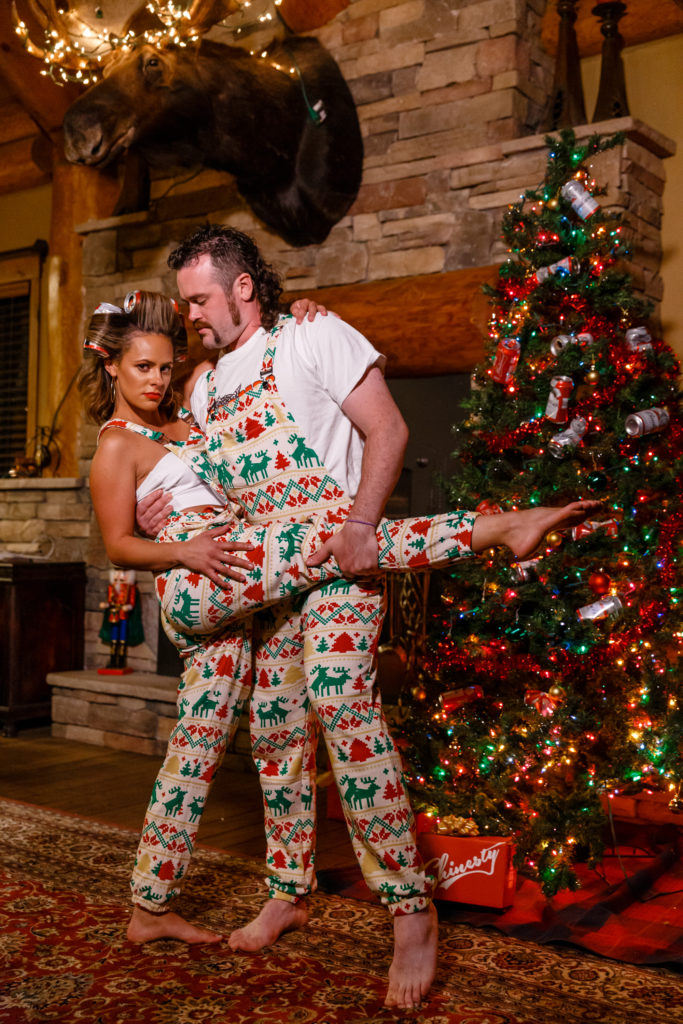 Can you even handle pajama overalls? No, no one can. Clothes by Shinesty. Courtesy photo

“We asked ourselves ‘What doesn’t exist in the world that we want to exist and how can we create that?’ Whether that’s a pajama overall, or a suit with your sports team’s logo on the lining that you can wear to a business event, or even down to underwear with a squirrel on the crotch. Obvious things like that,” White says.

In five years, Shinesty has grown from just a few college kids with a sense of humor to more than 50 employees.

Shinesty is where to shop when you not only want to go to an event like SantaCon, but you want to dominate SantaCon’s proverbial runway (i.e. the Pearl Street Mall). When you want to stand out and glow amid a sea of red velour suits and white beards.

White says Shinesty can also help people weather awkward moments with relatives. What’s one way to get your grandpa to stop talking about politics? Roll up to the table in a full turkey suit, White suggests.

“You gotta laugh at life and remember not to take yourself so seriously,” he says. “There might be a bunch of stress in the holidays, but don’t take yourself too seriously. Relax. Life is good. You’re alive. Smile and laugh.” 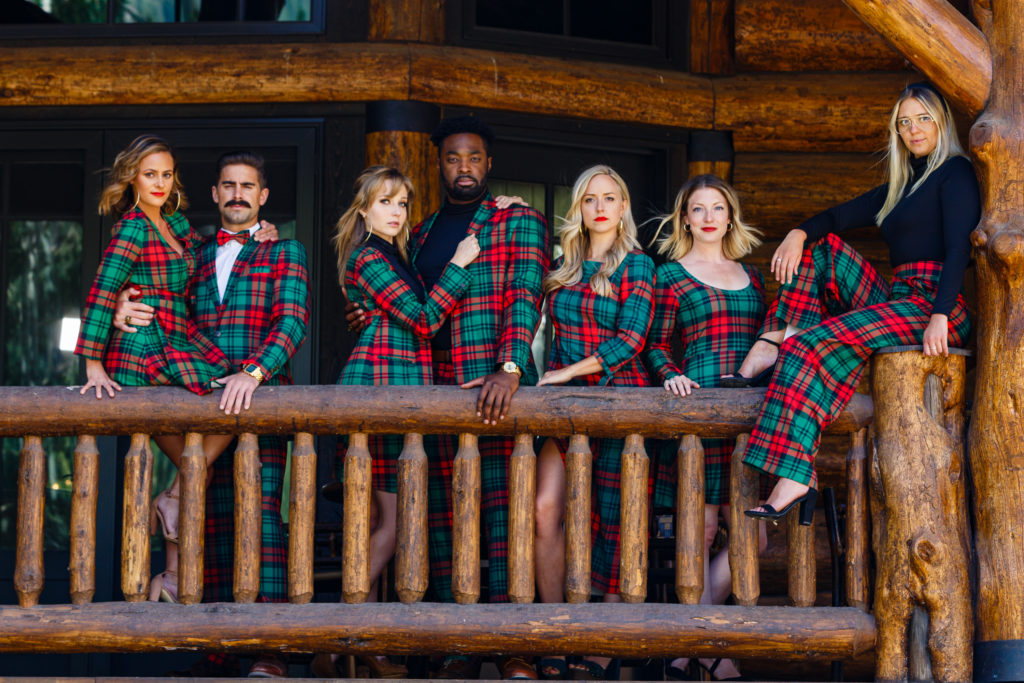 Are you jealous of this display of perfect fashion? Clothes by Shinesty. Courtesy photo

Another way to take the holidays a lot less seriously is to head south on Dec. 14 for the Denver Beer Festivus. The eighth-annual Festivus (the self-proclaimed “only holiday party you’ll need to get you through the season”) features local brew, “unorthodox entertainment” and ‘90s nostalgia for “Seinfeld” fans (that’s where the concept of Festivus came from).

Or dash over to the Loveland Alework’s Ugly Sweater and Christmas Movie Costume Party (also Dec. 14). Prizes will be awarded for the gnarliest sweater. And earlier in the month, Loveland is kicking off its first (and hoped annual) Christmas Crawl for people 21 and older. 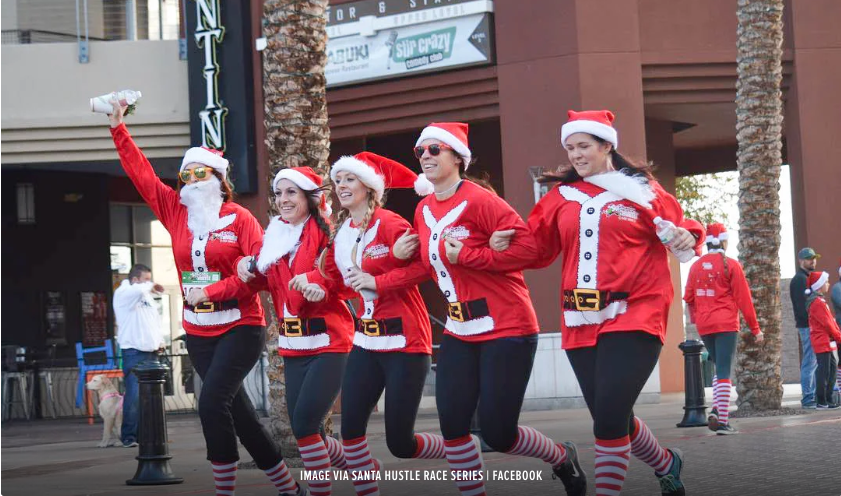 If you want to express your holiday spirit by sweating in your Santa hat, there’s the Super Santa 5K. Note: This isn’t an adult-only event, although it has grown appeal; it starts at the Twisted Pine Brewery and ends with free beer. This fun run is Dec. 22, and it’s a fundraiser. So your drinking, tomfoolery and leg lamp slacks all serve a greater purpose.

Sign Up for Our Newsletter
Please enter your search below: