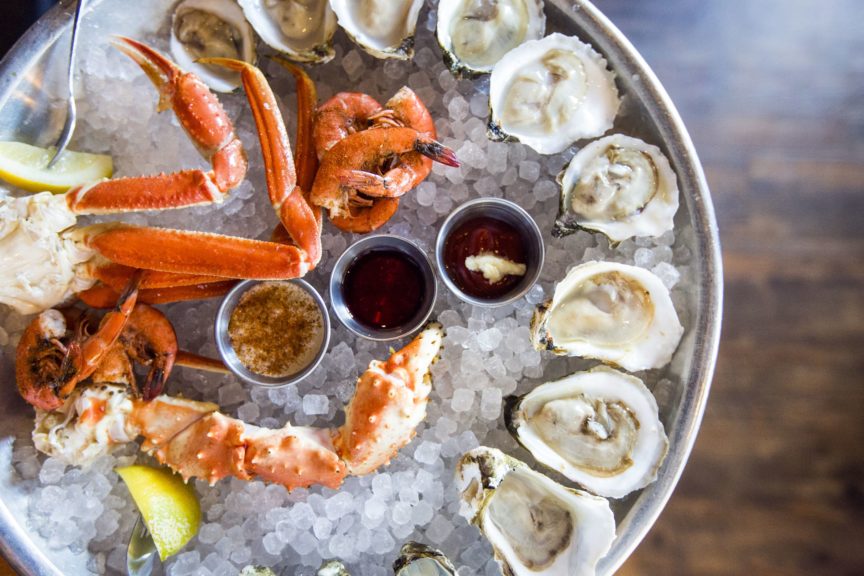 Whether you’re indecisive, open for adventure or too hungry to think, sometimes the best way to order at a restaurant is, “I’ll have what she’s having.”

The most popular dish at a restaurant has likely earned that honor for a reason. Often, it’s a restaurant’s signature item. This is one time when following the crowd is unlikely to lead you astray.

Here’s an inside peek into what most people are ordering at some of Boulder County’s restaurants — the crowd favorites.

Flagstaff House: Venison
1138 Flagstaff Road
The venison is a star at Boulder’s upscale Flagstaff House. This most popular and iconic dish is quintessentially Colorado. Chef Chris Royster — an accomplished and experienced hunter — says he thinks venison is one of the best wild meats to prepare and serve. Regular customers have come to expect it, new guests are intrigued and the menu doesn’t disappoint.

The restaurant serves venison in many forms (tri-tip, loin, tartare — even as a terrine and a carpaccio in addition to the loin). The preparation changes depending on the season, produce availability and the chef’s inspirations. Recently, it was on the menu as Cervena venison loin with Colorado quinoa, cranberry, cinnamon and parsnip cream. 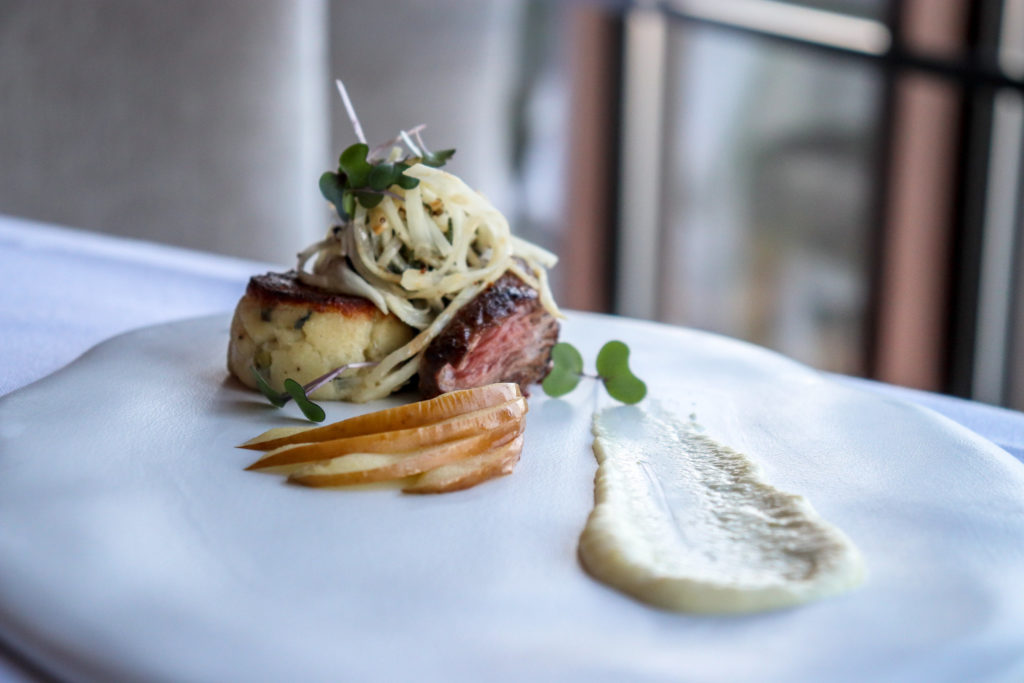 “We added this dish to our dessert menu about four months ago, but it has turned into a house staple, kind of like our kale salad,” says executive chef and partner Steven Redizkowski. “Guests go crazy for it and are constantly asking us for the recipe. It’s been a big hit.”

This unique bread service, with seasoned grass-fed beef fat and herbs, has hit many tables at Corrida since it was introduced early fall.

“Although it is just a bread service, it really encompasses what’s special about the restaurant,” says executive chef and partner Amos Watts.

Corrida bought an entire eight-year-old steer from Wyoming, which itself is rare; older cattle are the definition of “anti-commodity” beef because they still have a purpose and that use is sustainable, Corrida says. While breaking down the grass-fed steer, staff found more fat than that of a processed piece of meat. They decided to render it (highly labor-intensive), then added a bit of confit onion for depth of flavor. They poured it into a mold, added a wick and froze it.

To order, the candle is put on a plate with flaky salt and herbs and the wick is lit. It goes out to the table with fresh bread and looks like a birthday surprise. Wait for it to melt some, and then use it like butter. After about 10 minutes, it melts completely.

“As a substitution for butter or oil, it is a decadent choice,” says Watts. “It is simple, profound, delicious, interactive and truly tells the story of a sustainable future for beef. Whether you call it slow food, or nose to tail, whole-animal butchery, or farm-to-table, this is the real deal.”

Jax is known for its oysters. In fact, this restaurant actually partnered with Virginia’s Rappahannock River Oyster Co. to develop its own proprietary oyster, served only at Jax Fish House. The oyster, the Emersum, has a mild salinity and nice creaminess, making it a good choice for oyster beginners and connoisseurs alike. Plus, it’s sustainable.

Another popular option and menu staple (since 1994) is the calamari. Calamari and cuttlefish are coated in breadcrumbs and fried until crispy, then served with mango-chile mojo sauce and lime aioli.

The house-made bacon jam is a Boulder fave at this Pearl Street restaurant. (You’ll know when they’re making the jam because it smells incredible.)

It takes a lot of time and effort to make the bacon jam. Chefs add bacon, onions, garlic, red pepper flakes, apple cider vinegar, coconut sugar and brewed coffee (to balance everything out) and cook slowly until it reaches a spreadable consistency. Try it on the pretzel bread with turkey, with romaine, tomato and avocado aioli. It’s such a staple that the bacon jam even has its own T-shirt for its fan club.

Jungle, in downtown Boulder, is a Caribbean tiki bar. Not sure what exotic drink to try in this landlocked mountain town? The most popular drink is the Gandhara Forever, a blend of Indian rum, aquavit, mango kefir and lemongrass. The cocktail has a super silky texture, is not too sweet and is comfortably exotic. 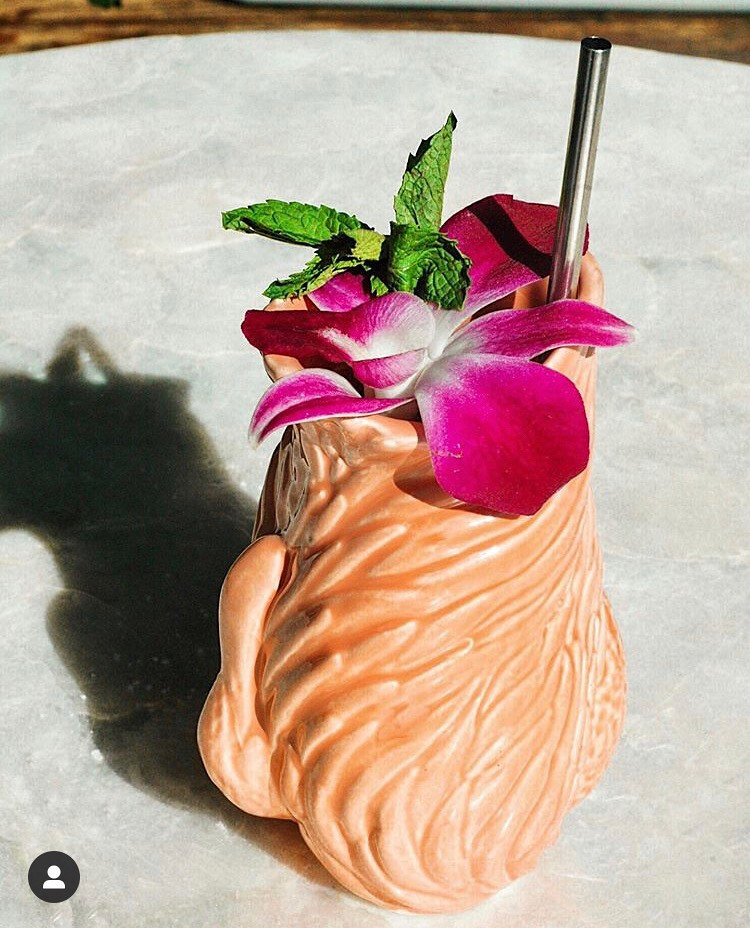 Featured on “Diners, Drive-Ins, & Dives,” The Post’s award-winning fried chicken is the most beloved menu item. This dish starts with humanely raised chickens, which are brined for hours, dipped in milk, seasoned with gluten-free flour and then fried. The local way to round it out: paired with a Howdy Western Pilsner.

The chicken enchiladas have been a Zolo menu staple since it opened in 1994, and they have remained a crowd favorite all these years. Served alongside smoked queso, achiote rice, pinto beans, crema and your choice of red, green or Christmas chile, they’re a Boulder classic. Pro tip: Add the fried egg.

Of course, steak is the spotlight at this boutique steakhouse. But don’t overlook the unique experience of ordering a Tableside Caesar Salad. Servers have mastered this traditional art; it’s entertaining to watch, made right before your eyes.

Servers macerate fresh ingredients with two forks in an 18-inch, hand-carved, cherry wood bowl. The real art lies in the emulsification of oil into the mixture with precision, making a creamy and nuanced dressing. Tossed with romaine lettuce and croutons, the salad is plated and finished with white anchovies and fresh-cracked black pepper.

Yes, the simple quesadilla is where it’s at at Centro. Only this isn’t your typical gringo quesadilla. Centro’s is rustic and grilled until lightly charred. It’s then stuffed with vegetables and three melty cheeses (oaxaca, asadero and cheddar) and served with fresh pico de gallo, guacamole and crema. Add grilled chicken, garlic shrimp, carnitas or grilled skirt steak if you want more protein. 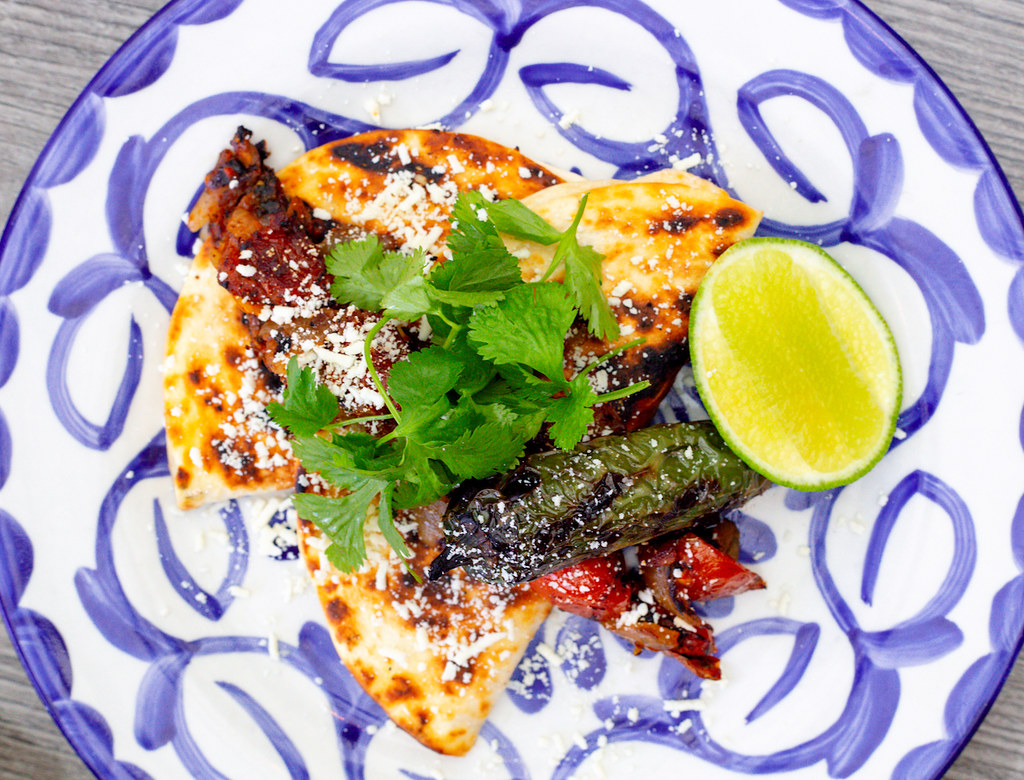 West End’s ribs are cooked twice a day, every day, to ensure that guests get them fresh out of the hickory smoker. They’re St. Louis cut and served with West End’s KC-style barbecue sauce. A half rack of ribs comes with a cornbread muffin, kale-cabbage slaw and house-made pickles. Pair them with bourbon from the tavern’s massive collection.

Love them so much you want to take them home with you? The Rio has released the recipe, below:

This makes two portions of fajitas and plenty of marinade. One pound of skirt steak will feed two people, so just scale up the meat if you want more servings. Marinade recipe: Makes 6 cups.

Mix all ingredients. Set aside a portion of marinade to drizzle on top of your meat after cooking.

Remove meat from marinade and grill on a hot grill until medium/medium-rare or your preference. The residual heat will continue to cook it as it rests.

Remove from grill and let rest for 10 minutes.

Cut meat against the grain, drizzle with some reserved marinade and serve with your favorite accompaniments like a “build your own fajita taco.”