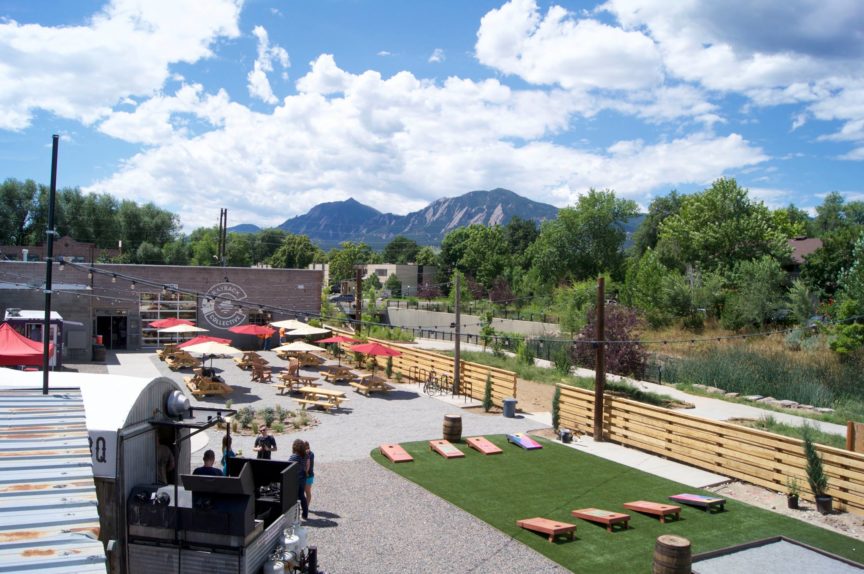 The Rayback Collective is a big kid now. Its third birthday party is July 12, and everyone is invited.

And when the Rayback says everyone, it means everyone.

As the Rayback has grown up, it has evolved a lot.

The official “good old-fashioned birthday party” kicks off at noon on July 12 and runs until closing. It features three live music sets running throughout the day; a breakdancing performance between a music set; the tapping of a new, special beer; a “beer rep” cornhole competition (the winner’s respective brewery gets a free tap handle at the Rayback for the next year, which is huge because the beers change out a ton); and live mural painting on the outdoor walls of the warehouse. 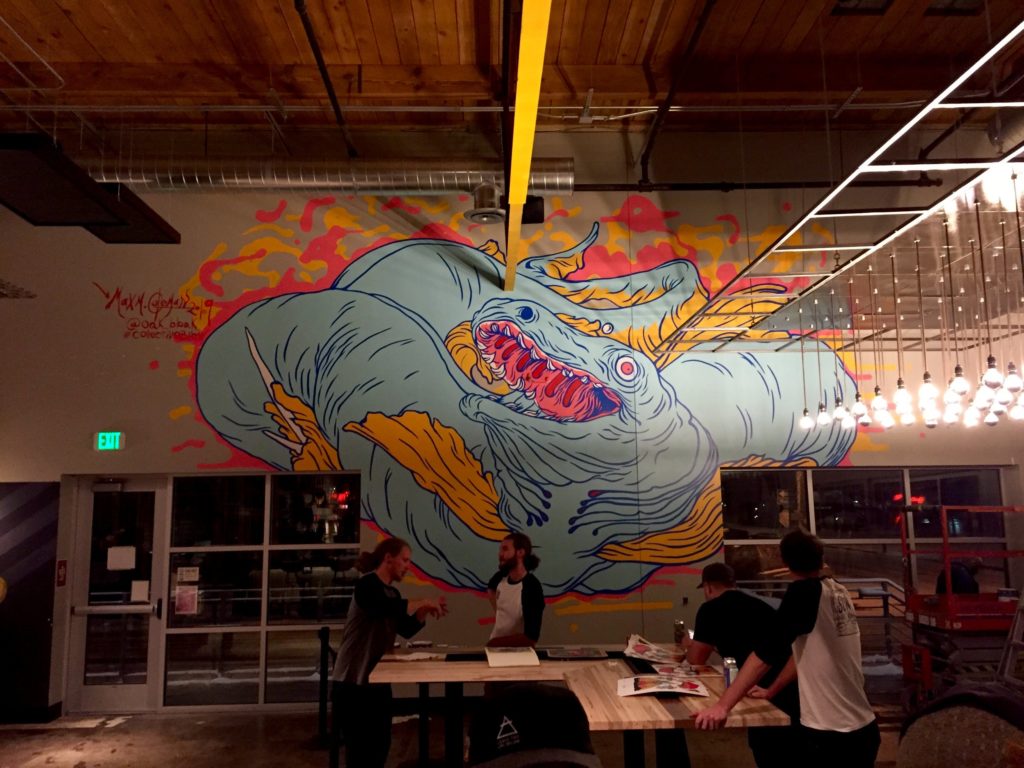 Four local mural artists will each get a section. Casey Kawaguchi is known for Asian-inspired street art; Lindee Zimmer’s work is beautiful, bright and oh so Soho; Max Coleman’s sea creatures are somewhat dark and mysterious; and John Hastings (AKA Rumtum) is known for unique marine-inspired art (you’ve probably seen it in Denver’s RiNo district). 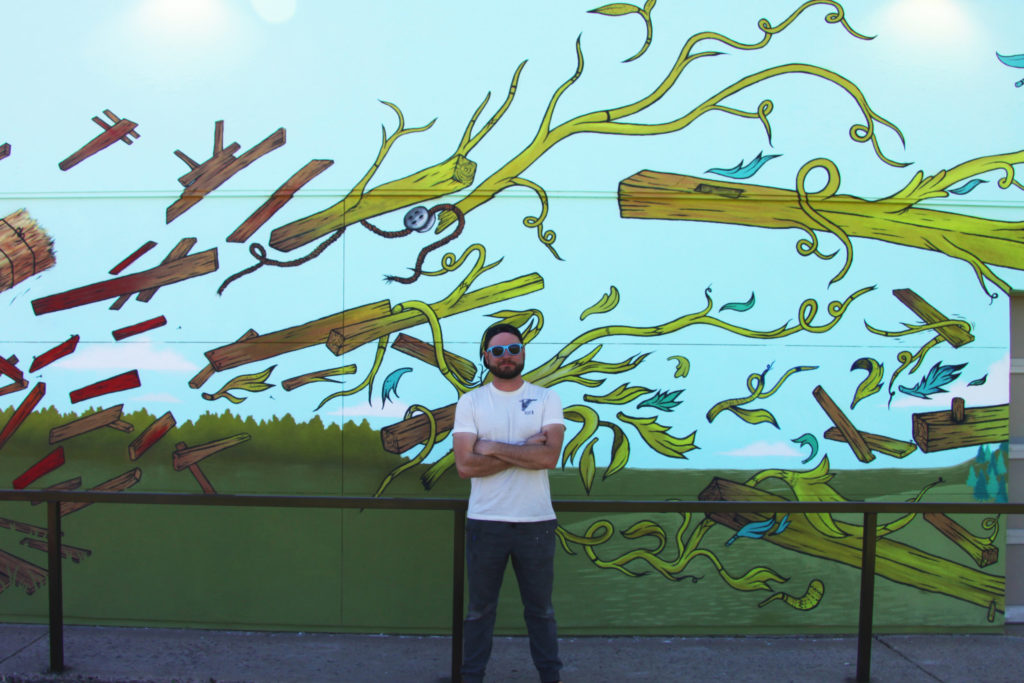 “Rumtum” and his art. Courtesy photo

However, anyone of legal age can get a taste of Rayback’s new beer, a hoppy lager made in collaboration with Upslope Brewery called the Hop Toddler (since the Rayback is turning 3).

“We brewed it with the staff, picked out the hops, got to add the hops into the actual beer. It was a fun process,” says Dayna McRoberts, director of events.

The parking lot is expected to be packed, so organizers encourage people to bike to the party. In exchange, REI will be offering free bike checks and tune-ups. 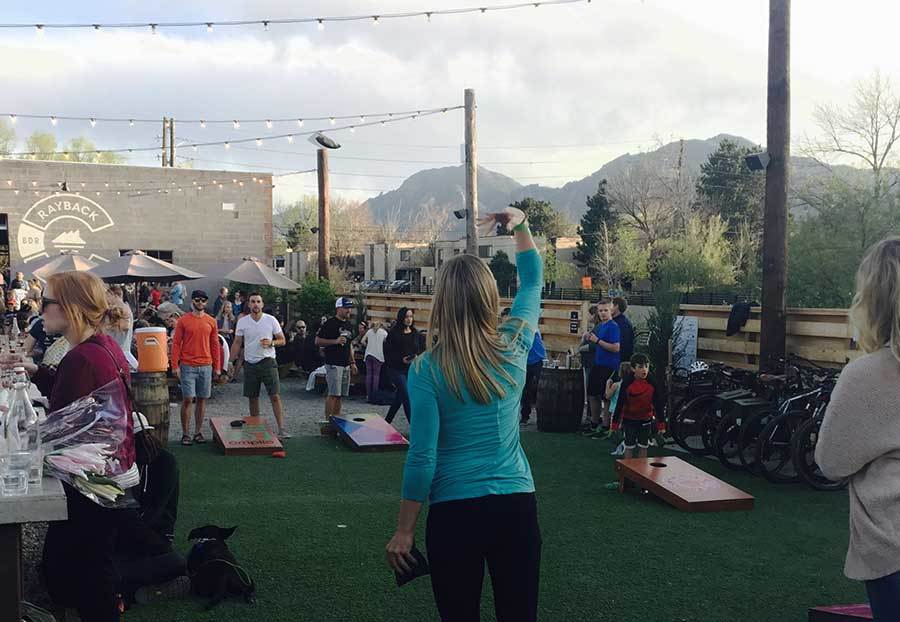 The Rayback Collective is a great summer hangout. Courtesy photo

A lot has changed at the Rayback Collective over the past three years, says McRoberts, who first began frequenting the business as a client. When it launched, the idea for a food truck park was novel and funded by a Kickstarter. The community supported it from the beginning, but no one was quite sure exactly how it was going to turn out, McRoberts says.

At first, it opened a few hours later in the day, and beer and wine were the main beverages. But the business noticed a huge demand for more remote working space in Boulder, so it began opening earlier (at 7 a.m. on weekdays) and offering coffee by a third-party vendor. 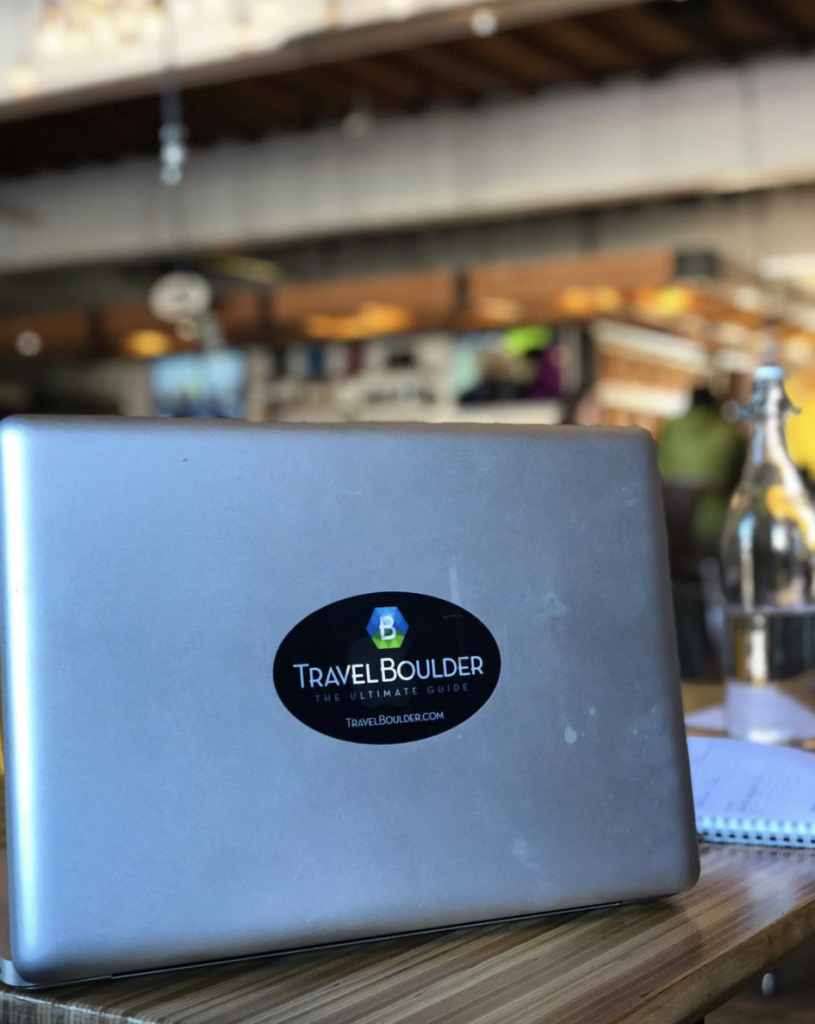 Work at the Rayback Collective. Photo by Aimee Heckel

Today, the Rayback runs its own in-house coffee program that continues to grow, led by a coffee manager. It even offers alcoholic coffees for people who can’t decide between unwinding and caffeinating.

In an attempt to reach more people, the Rayback also expanded its alcohol menu, from local beer and wine, plus a few pre-made cocktails served out of a keg, to a full cocktail menu. This mixed drink program is new but quickly growing, McRoberts says.

Although the Rayback always intended on being a place for the community to gather, the diversity of the people who feel comfortable here was a surprise, McRoberts says. On any given day, you can see babies to seniors, athletes, bachelor parties, church groups, natives and travelers, businesspeople and students, artists and first dates. It has become Boulder’s melting pot, she says.

“That’s become the heart and soul of what we want to do. We want everyone to be comfortable to relax, kick back and enjoy yourself,” McRoberts says. “Over the years, we’ve honed in on that feeling and that atmosphere. … Even if you’re from out of town, you feel like you’re part of the Boulder community when you come here. That’s the biggest achievement we can possibly have.”

She says they try to foster that feeling among staff, as well. Many staff members have been involved since the beginning and are deeply invested in the success of the business.

As the event director, McRoberts says she has helped transform special events from being pretty bare-boned and simple (you could rent space) to a comprehensive special events program able to handle anything from rehearsal dinners, pop-up markets, big beer events, baby showers, product launches.

“Everything you could imagine has happened here in the last three years,” she says. 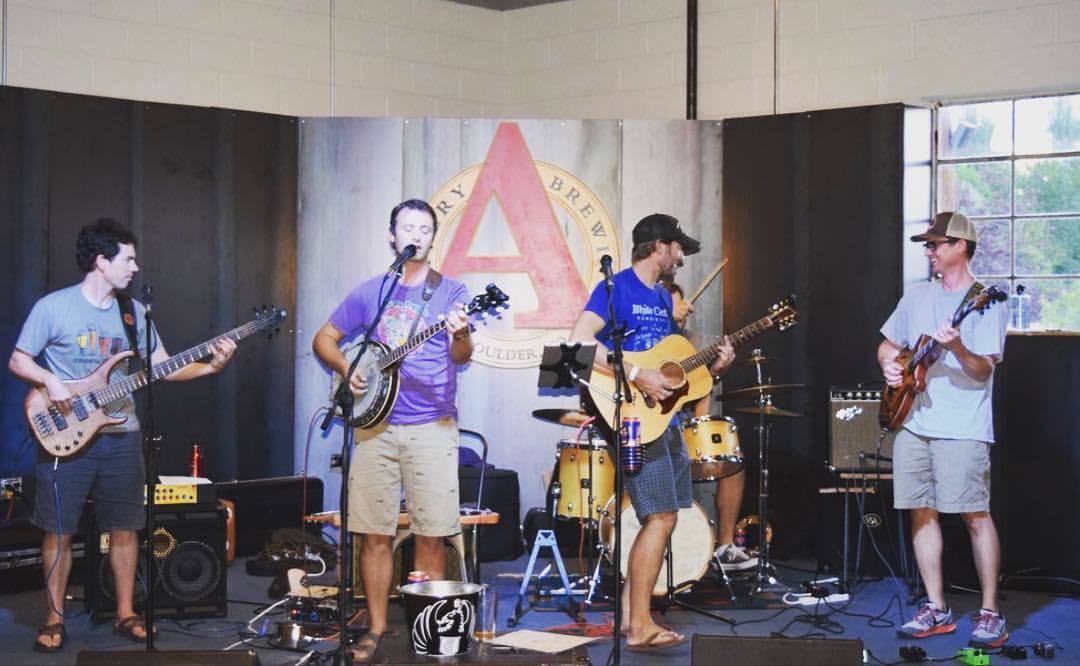 The Hop Pickers at The Rayback Collective. Courtesy photo

Although live music is still limited to just two days a week (6-9 p.m. Wednesday and Saturday) per city code, the Rayback has added a long list of other special events, such as free trivia Tuesdays and classes, such as cocktails and calligraphy and wine-glass painting. 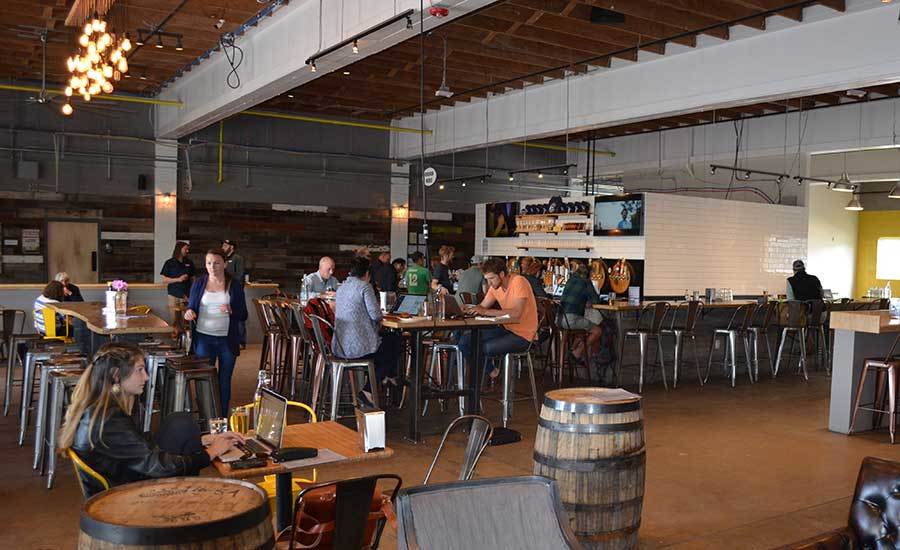 Inside the Rayback Collective. Courtesy photo

The physical space has evolved, too. New furniture and infrastructure has been added, as needed. Oversized community tables with ample electrical outlets has made the Rayback Collective a popular, free coworking space. A bonus is the choice of food from 40 rotating food trucks (there are typically about two to four at a time).

“There are people who come here Monday through Friday, every day. We know their faces. They bring clients here,” McRoberts says. “It has created a community of people who work but then also bring their family here after work.”

In the past two years, the Rayback has also partnered with the Boulder Pollinator Project to plant a pollinator garden along the bike path outside. Every Monday spring through fall, volunteers work on the garden and then get a discounted drink to thank them.

Along the environmental lines, the Rayback is a zero-waste facility, and it recently has required all food truck partners to go zero waste soon.

The Rayback has big plans to keep growing, especially its bar program and coffee offerings. It hopes to work closer with local artists and nonprofits. And a lot of the other plans may look small but have a big impact on the quality of visitors’ experiences, McRoberts says.

“Every day functionality: We want to be the best at what we do, so we are working on those little things,” she says.