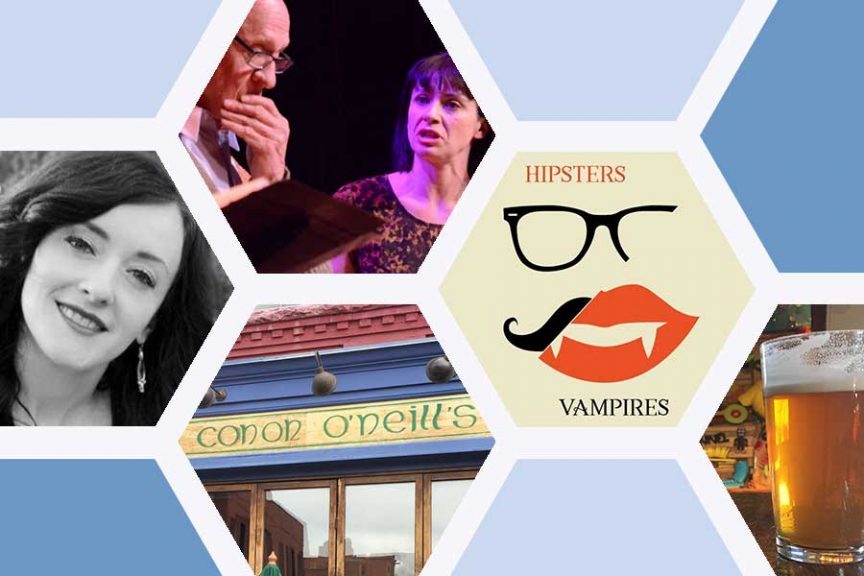 I almost filed for divorce the other night while playing a card game called Superfight.

The premise: Two contestants each draw a few cards and then debate why the characters they drew would win against the other team’s. The other players vote for who made the best argument.

It’s sort of like a mock trial about a hypothetical battle, except with wine and (in my case) a lot of table-slapping, finger-wagging and tears, because we’re talking Chuck Norris with a gang of musketeers versus Superman with a crew of fainting goats. Gasp.

Needless to say, things got intense. Also needless to say, it ended in a hung jury. Or maybe our friends just didn’t want to get in the middle of the wrestling match that broke out between my husband and I.

(But seriously, Superman would win. Admit it.)

(Admit it and we can move on.)

Apparently, we aren’t the only folks who like to drink and embark upon pointless, hypothetical debates.

Enter: My favorite event in Boulder County this week, Hipsters Vs. Vampires: A Comedy Debate.

Like our Superfight battle, the audience decides. But unlike us, this event has a moderator.

Best of all: This entertainment is free. And any blood drawn is sure to be quickly taken care of. Er, leave your kids at home.

This brewery, 300 Suns, is totally worth the half hour drive from Boulder. Even if you don’t make the debate, 300 Suns has a fun tasting room and outdoor deck that is dog-friendly and often hosts live music and special events. Beer not your jam? This brewery also serves hard cider, wine and grub.

Prefer to be more active in the game? The brewery also holds a Board Games and Beer event 6-9 p.m. Tuesday (March 21).

Other entertainment highlights this week