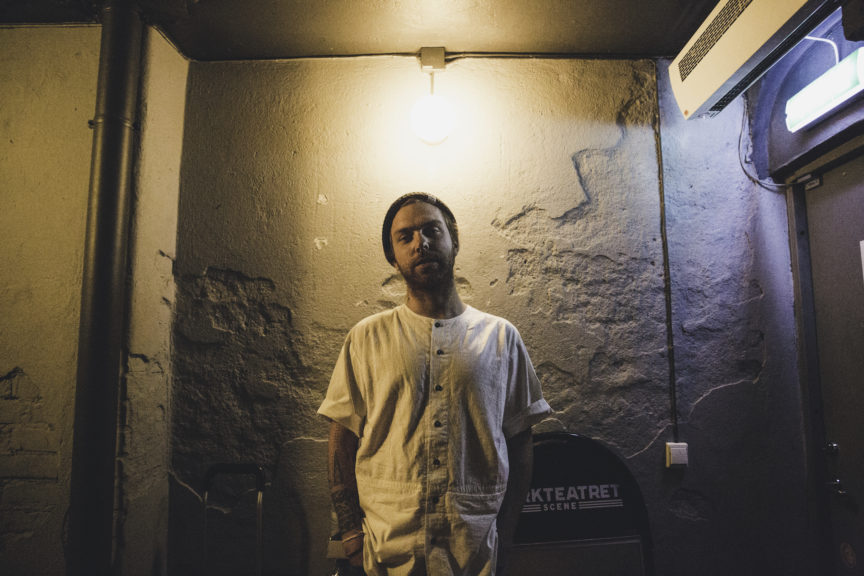 About three years ago, Trevor Hall decided he was sick and tired of the hustle and bustle of Los Angeles. His wife, Emory, was, too.

“We wanted to be in a town and be closer to nature and stuff like that,” Hall says. “I have easier access to the outdoors. I have family here and my wife has family in Colorado. We are both very familiar with Boulder so that checked all the boxes for us.”

The 33-year-old Hall, an accomplished singer-songwriter, says he loves that a hike is only minutes away, something living in Boulder affords him and his family. He counts Eldorado Canyon State Park and Boulder Reservoir as some of his favorite spots to haunt. Although not a serious cyclist, he loves to take his bike on long rides around Boulder Valley so he can take in the views and the rural feel.

“I love how I can just walk out my front door and, within 10 minutes, or so have a variety of options to be out in the earth,” Hall says. “Whether it’s getting up into the mountains or going on a bike ride out in the farmlands or just different hiking trails, it’s really important to us.”

Hall, known for his signature blend of roots music, folk and reggae, released his ninth studio album “IN AND THROUGH THE BODY” in September. 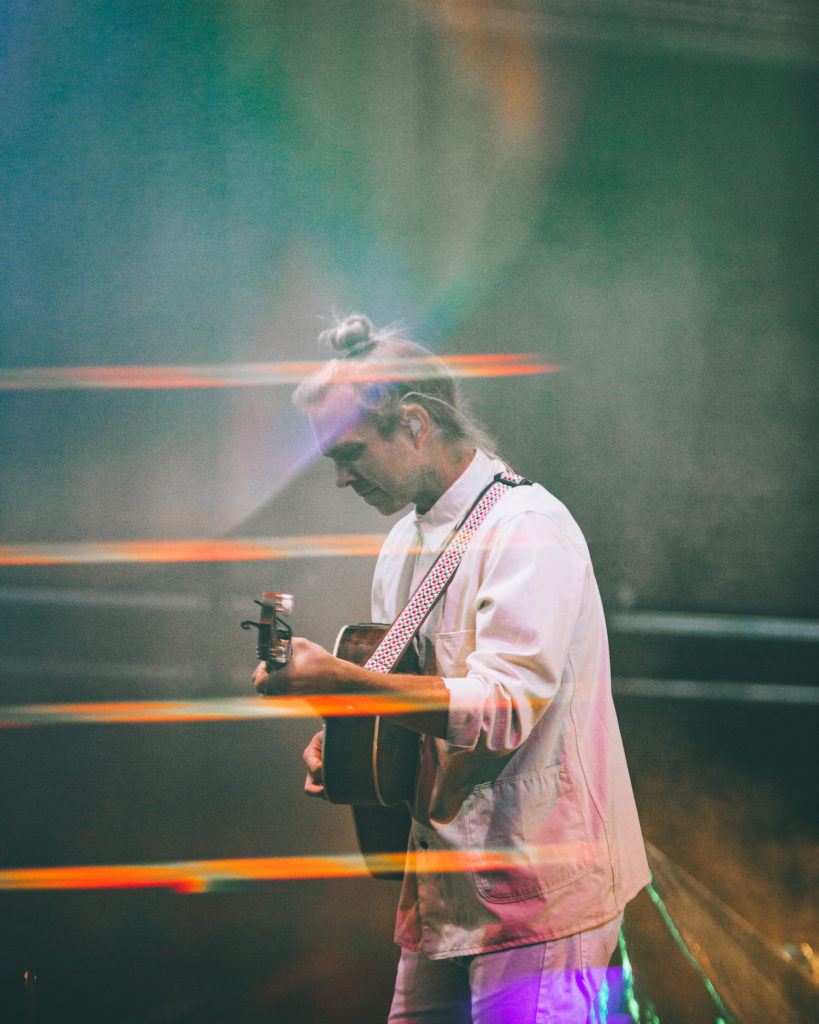 He grew up on Hilton Head Island, South Carolina, where he also spent much of his time outside at the beach with friends, kayaking or surfing the Atlantic Ocean. Surfing obviously isn’t an option in Boulder, but he’s enjoying the change.

Hall came to music early. His first instrument was a harmonica he found lying around his parents’ house. The jam band Blues Traveler and its lead singer, the harmonica virtuoso John Popper, count as an early influence. His father Jeff, who everyone calls “Jammer,” is also a musician who brought Trevor up on stage as a boy. He recalls the first song he ever played live was “Sweet Home Alabama” by Lynyrd Skynyrd followed by “Wild Nights” by Van Morrison. It served as a seminal moment in his journey as a musician.

“I was only 11 years old, and I remember it so well, just playing with my papa,” he says. “That feeling probably, consciously or unconsciously, greatly affected me wanting to do this for my life. It kind of only grew from there. That was probably the seed.”

Jammer is “very much still kicking,” Hall says, adding that his father is probably more of a rock star than he is.

“Last year when we played Red Rocks he came up on stage for the last song and played drums,” Hall says. “It was really cool. He always comes up on stage if he is in town.”

Always a fan of surfing and the culture that surrounds it, Hall says he discovered another influence, musician Jack Johnson. Johnson, son of legendary surfer Jeff Johnson, is an accomplished surfer in his own right. Listening to Jack Johnson led Hall to Ben Harper, who plays a mix of blues, folk, soul, reggae and rock music. Hall has since been able to open up for Harper at a show in California.

“Ben Harper was kind of like the guy,” he says. “When I first heard Ben I was like, ‘This is what I want.’ That was definitely my biggest influence.”

Hall attended an art-focused boarding school as a teenager, and that’s when he started getting serious as a musician. He signed his first big record deal right out of high school and now boasts more than a dozen albums, live albums and extended plays. During this interview, he was awaiting the release of his most recent album and joked that he would spend the day that it finally dropped in a “freak out.”

Although Hall now calls Colorado home, India is close to his heart and he is an adherent of Eastern mysticism. After developing a strong interest in yoga, meditation and Indian culture in high school, Hall traveled to the subcontinent the first time when he was about 20 years old. He goes back about once a year, although he couldn’t make it in 2020. He’s traveled all over the country, but his favorite spots include the states of West Bengal and Uttar Pradesh.

“I was so taken by the people, the culture, the beliefs, everything about it, the music, the art,” he says. “It’s just a part of who I am, and ever since then, it’s made its way more into my music and life. It’s kind of become my life in a way.”

Hall and his wife, although they were coincidentally born in the same Greenwich, Connecticut, hospital, met in Allahabad, a city in Uttar Pradesh that is the site of Triveni Sangam, the confluence of the Ganges and Yamuna Rivers. It’s a holy site in Hinduism. They are working on founding a charity, Where the Rivers Meet Foundation, named after the site, in an effort to give back to the culture that has given so much to them. They have been sending money for a long time, but they see the foundation as necessary to do bigger and better things.

“We’ve been supporting our Ashram there,” he says. “Our teacher takes care of underprivileged children, orphans, for years. Because he is a monk, he doesn’t have any steady income. We’ve been raising money in a grassroots way for years.”

Hall says Colorado has been generous with regard to his music career, and he has always enjoyed coming through the Centennial State when on tour because of the great crowds. It’s a smaller world than Los Angeles, and there are fewer venues, but he has felt welcomed in like a family member.

“When we moved here, I got kind of deeper into the community,” he says. “It’s been really great to learn about the community and meet people and have access to such amazing theaters and people who put on shows. It’s like a little family.”

Colorado has always been home to one of his bigger fanbases, and he likens that to people here like to “suck the marrow of life.”

“They love to have a good time,” he says. “They’re always outside skiing or this or that. No matter what season it is it doesn’t stop them, and I think music is such a celebratory aspect of life.” 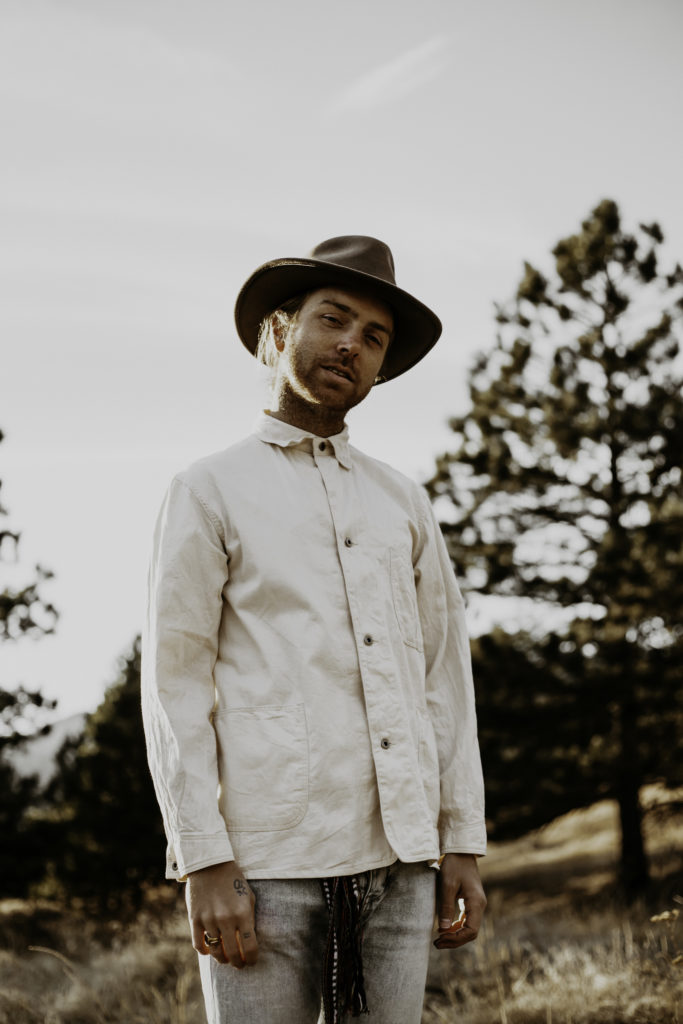 Hall has availed himself of many of the live venues Boulder has to offer. The COVID-19 pandemic has, of course, choked out most traditional live music this year, but Hall took to the stage of the Fox Theatre in August for a live-streamed solo show called “A Night in the Village.” The show raised funds for the civil rights organization Color of Change. He was happy to be back, even if it was in a concert hall mostly devoid of people.

“I felt so grateful to be back in a venue, to be on stage, to plug into a real PA,” he says. “I did think, ‘This is going to be really weird. I’m going to be playing this theater and nobody’s going to be there.’ But I was so overwhelmed with the feeling of being in a venue again, it wasn’t weird at all.”

Hall continued that tack in September at the Boulder Theater with a live-streamed show to celebrate the release of his new album and support staff who work at the venue. He’s played the theater — which first opened as the Curran Opera House in 1906 and featured opera, musical theater and silent movies — many times throughout the years.

There are no guarantees in life, but Hall hopes the move to Boulder is permanent.

“We try not to get too attached to anything, but we really love it here,” he says. “We see ourselves here for a long time.”