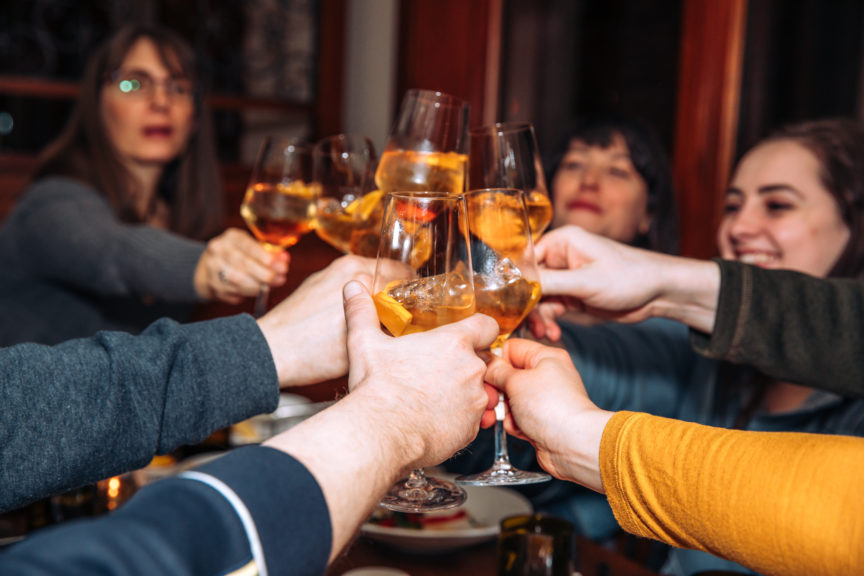 Taste your way through Boulder when you join Colorado’s longest-running food tour. Local Table Tours is celebrating its 10th anniversary this year.

On a typical table tour, you join a local expert who brings you to multiple locally-owned restaurants for a chef’s choice dish, paired with a beverage. The experience typically takes about three hours, and you get to learn more about local businesses, history and the community as you walk from spot to spot.

There are other variations of table tours that don’t center around food, too.

On Sundays, the boozy version is all about local drinks, with smaller bites. In the past, Boulder’s table tours featured a coffee and chocolate tour, but it’s currently only available by private booking.

Local Table Tours started in Boulder with just a handful of participating restaurants, but a decade later, you can also find tours in Denver and Fort Collins with about 90 total participating businesses. In addition to tours centered around certain neighborhoods or shopping districts, beyond Boulder you can also sign up for a coffee and donut tasting tour or a private tacos and tequila tour. 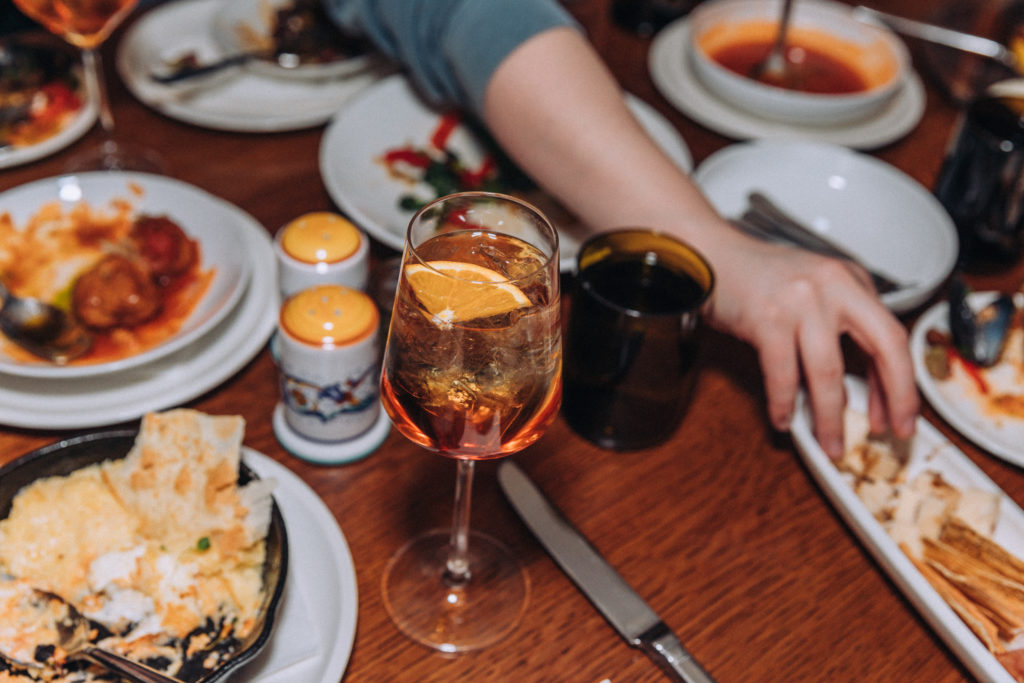 Tours can be catered to accommodate food allergies and private tours (think: bachelorette party, a corporate gathering or a birthday party) may be able to request certain participating businesses, but the heart of the Local Table Tours is an element of surprise.

No one orders from the menu. The chef prepares special dishes in advance, and you never know what to expect. (Don’t worry, it’s nothing scary or too over-the-top weird.) Occasionally, however, it’s something you would never normally order — that might become your new favorite food, says Megan Bucholz, the founder of Local Table Tours. That’s what makes the tours fun for locals and visitors alike.

For example, she recalls a recent dish at Confit, a new French restaurant in Rosetta Hall. The chef served French onion soup gougeres, which Bucholz describes as a sort of savory cream puff. Instead of filling it with sweet cream, it was filled with the base of French onion soup, with melted cheese over top.

“I don’t think I would have ever ordered this,” she says. “But it was one of the most delicious things.”

Boulder’s beverage-centric tour is called Brews, Booze and Bites. On these shorter, two-hour tours, you can explore Colorado-made beer, mead and craft cocktails — but again, expect some tasty surprises. Ginger beer, unique bitters and syrups. It’s not just a typical glass of California wine with a little cheese. The aim is to showcase things with deep Boulder roots.

The drinks are paired with light bites and a meet-and-greet with the brewer or beverage manager; the behind-the-scenes look at favorite local restaurants gives insight into Boulder that you could not otherwise access. You might taste a Funkwerks beer brewed exclusively for Rueben’s Burger Bistro paired with Colorado beef sliders, for example, or maybe a flight of beer at West Flanders Brewery with goat cheese-stuffed Medjool dates wrapped in bacon.

“These tours will also educate guests on the local history and story behind each location while providing a better understanding of the brewing or distilling process, origin and ingredients of each beverage,” Bucholz says.

While the table tours are not designed to be full meals, they will leave you full and the portions are far from meager, Bucholz says. But if you want to make dinner official, she offers private “progressive dinners” at three different restaurants, starting with an appetizer, then entree and finally dessert. These are slower paced.

Not every Boulder restaurant is a part of Local Table Tours. Bucholz says it’s important to her that she only includes local businesses and she only endorses her absolute favorites. Tours typically work through a rotating list of who is available, and the destinations aren’t announced until the start of the tour.

“I don’t want you to pick a tour because you think you like a place or you think you don’t like a place,” Bucholz says. “Trust that we know what we’re doing. We’re curating the lineup, and it’s going to be good.” 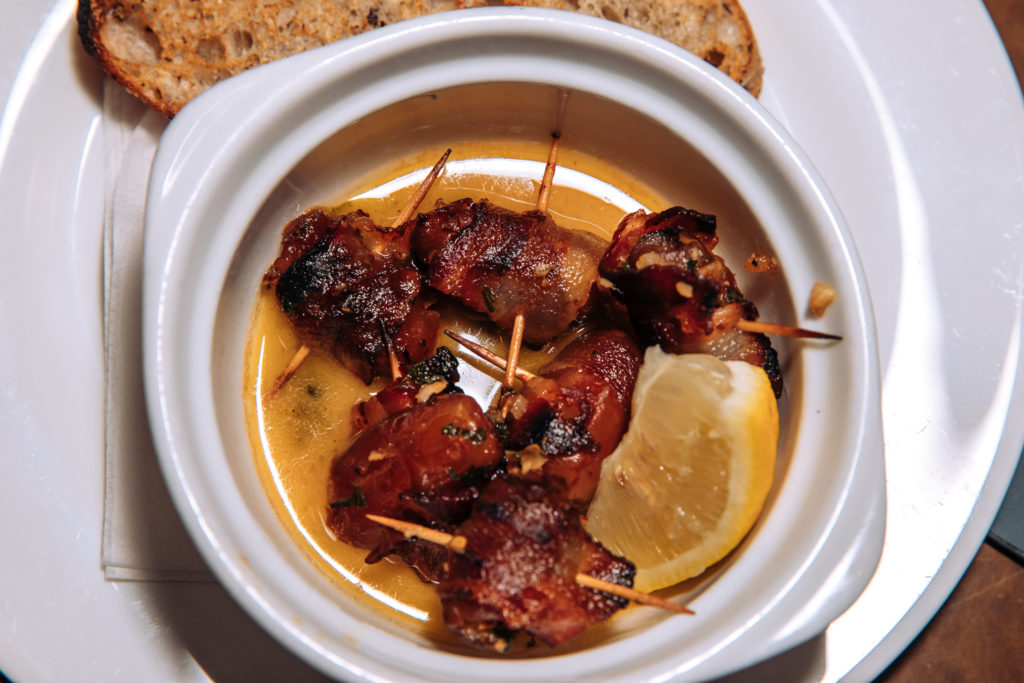 In total, she currently has about 15 regular Boulder destinations, from Oak at 14th to Corrida to Tahona Tequila Bistro, all the way to less expected places, like Arabesque, the Savory Spice Shop and the Seeds Cafe at the Boulder Public Library.

In celebration of the big 10th birthday, Local Table Tours is looking at partnering with a local electric bike company to organize an electric bike food tour that would allow a wider distance. Destinations are currently limited to a short walking distance and therefore tend to be downtown-focused.

“We’ve been exploring the town and watching it grow. We’ve seen places that have grown, moved, chefs who have quit, we’ve watched Boulder ever-evolving,” Bucholz says. 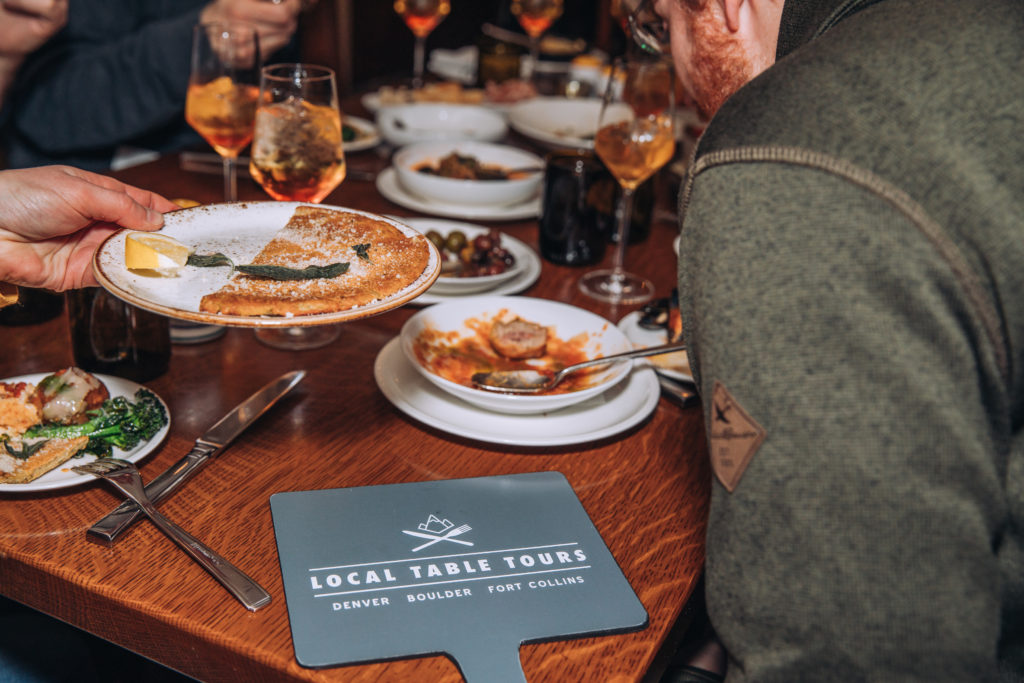