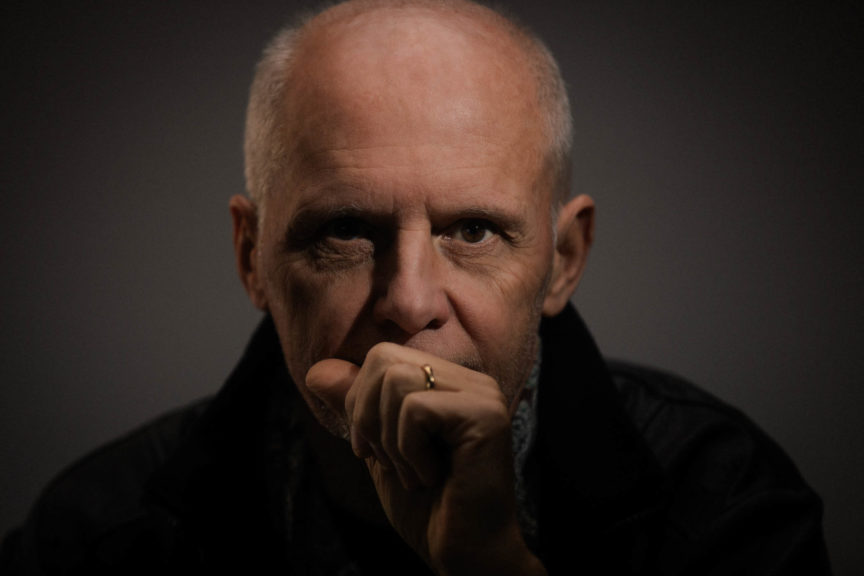 Boulder County has been pivotal in shaping the music of Grammy-nominated musician Mark Oblinger. And you can hear little pieces of all of the local influences in Oblinger’s newest album, “High Water Line,” released July 15.

You probably know Mark Oblinger, but you might not know he lives right here in Boulder. Oblinger’s career includes performing with big-name, chart-toppers, like Pure Prairie League (“Amie”). He played with the band Firefall (“Cinderella,” “You Are the Woman”) for seven years.

But when his first child was born, he says he grew tired of touring the country and wanted to spend more time with his family.

That brought him back to Boulder County, which he made his home base for a successful songwriting and producing career. Being a dad inspired him to write and produce more than 30 children’s CDs, including one that won a Parent’s Choice Gold award and another that was a Grammy finalist. He also wrote music for the Oprah Winfrey Show and won five Emmy Awards for his work on PBS.

His work over the years finally culminated in his own debut, solo album. The 12 tracks span a wide range of styles, from soulful ballads to energetic anthems, but all with deep, vivid, purposeful lyrics. The first single, “No Regrets,” was released July 8. (Listen to “No Regrets” online here.)

Oblinger began working on songs that appear on the album in 2015, while touring the country with indie/folk musician Rebecca Folsom. And various other artists he worked with over the years (from Garth Brooks to Richie Furay of Buffalo Springfield to John Oats) inspired his music, he says.

We wanted to learn a little more about Oblinger, his art and his experiences in Boulder, so we spent some time with him as he geared up for his big, public release party Aug. 9 at the Dairy Arts Center. The show is at 7:30 p.m. and tickets start at $10.

“A great thing about doing a show like this is for me, it’s almost like embracing all the people I’ve worked with, everyone who has had such a great effect on me in so many positive ways. I hope to give some of that back, and show how much everyone in the community has influenced me,” Oblinger says. “When you hear this record, there’s a little piece of them in every song and everything I did.”

Here’s how our conversation went down:

How has Boulder influenced your music?

I got in town in the late ‘70s. The thing about being in a community for a long time is you get to know everyone. If you try to stay involved, it has a cycle of re-energizing you and pushing you forward all the time.

How has the local music scene changed over the years?

In the early ‘70s to ‘90s, there were a lot of places to play in town. The music scene was really jumping. A lot of local acts were really good and national acts were popping in.

When I played with Firefall, it was wonderful. But then, a lot of Baby Boomers, people my age, began to not go out as much and started a family. It went from a lot of fun, big gigs to small, tough gigs. People weren’t going out the way they are now. Now, my age group is back out again. Musicians are playing in nice venues again.

What led you to create your own solo album?

I’ve been producing and writing my entire life. I love what I do as an artist so much that I was always held back by this fear that it’s the most precious thing in my life and if I can’t do it well, I would shrivel up and die. I was terrified. I didn’t want to stick my neck out. It was a safe place where I was at. It was taking a risk. But I had to do this.

How did you get over that fear?

I’m such a people-pleaser and always had this sense that everybody had to like everything I made. But that’s never going to be the case.

I started thinking about all these other artists, really famous and well-received and good, whose music I don’t like; it’s just not my cup of tea. I saw my friends going out and playing, and they had their tribe that would come out to see them all the time.

That’s when I realized you don’t have to conquer the world. You just have to find your voice and find a group of people who like your voice.

That was the epiphany for me. Everyone in the world doesn’t have to like this, but I have to like it, first of all, to defend it. And there will be people who do.

Until I could take that jump, I couldn’t finish.

Someone’s not going to like it. That’s OK. Once I said, “That’s fine,” I could finish it then.

What actions did you take to help move through that?

I always felt like every song had to be the greatest song of all times. I couldn’t write a song that was a simple peanut butter and jelly sandwich. I let go of the idea that this does not have to be Mozart’s symphony. It can just be this and this is a snapshot of today, and find the truth in that idea and then move on.

Like the song “Little Bird.” This song just came flying out of me, a simple, bluesy thing. I just let go of this whole idea that these had to be giant works of art. They can be just little pieces of you. Just let that out. Once I did that, four other tunes came out pretty quickly.

Does Boulder’s environment influence your music, too?

Yes. It’s easy to unplug if you need to. I can go work on the computer and edit music all day long and then go outside at any point of the day and take a bike ride. Twenty minutes later, I’m a different person. I’m grounded again. It’s really life-giving. It’s so easy to recharge your batteries.