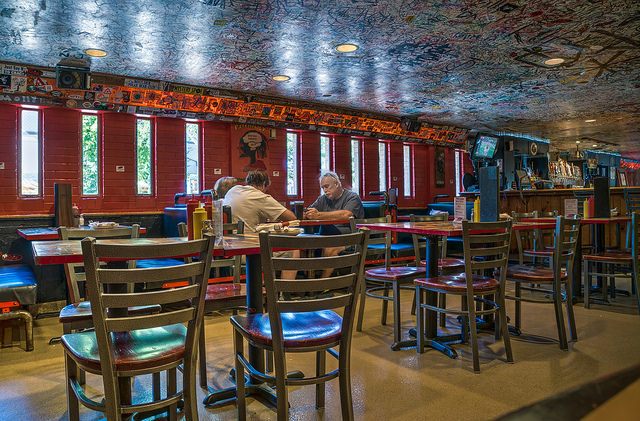 Greasy sliders and buffalo-drenched chicken wings are practically synonymous with bar menus — unless you’re in Boulder. Here, vegetables are more than just a garnish adding a pop of color to your plate. This health-centric city and its happy hour menus are especially friendly to those who eschew meat and animal-based products.

Just how much do Boulderites love their veggies? GrubHub a couple of years ago analyzed its food delivery database pinpointing cities that order the most vegetarian dishes and Boulder came in at No. 10 in the nation. (Read: When you visit Boulder, the bartenders here tend to know when chicken stock is used in tomato soups and that honey-roasted nuts can’t be passed off as vegan fare.)

Whether you want to sidle up to the bar to watch a college basketball game or throw back a pint of a local brew, here’s where you’ll find the best vegan and vegetarian bar snacks in Boulder.

Spiced Hummus at The Kitchen

It’s more than just chickpeas. You can skinny dip some veggies into the spicy hummus at The Kitchen, a farm-to-table restaurant on the Pearl Street Mall that hosts happy hour from 3 p.m. to 5 p.m. Monday through Friday. Spiced hummus is made with caramelized fennel-onion, sumac and homemade lavash. 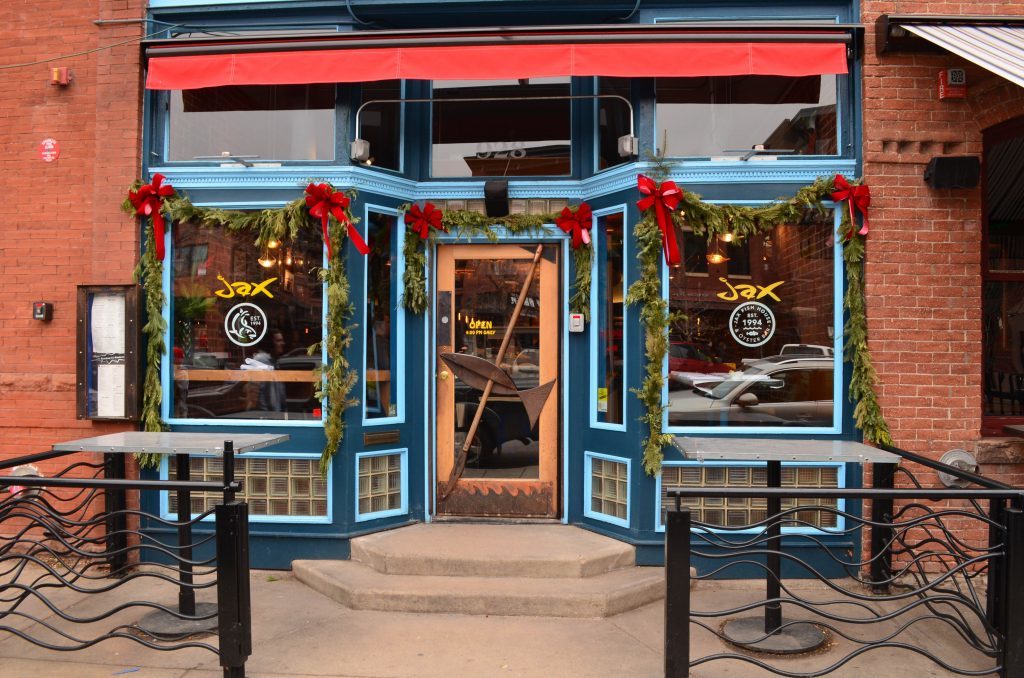 Some vegetarians (and even vegans) make exceptions when it comes to oysters. That’s because slurping oysters can actually be good for the environment since there are nonprofits that help oyster farms harvest oysters in a way that improves water quality. Plus, without a central nervous system, they’re unlikely to experience pain like lobsters do. If you’re a pescetarian or allow for oysters in your diet, head over to Jax for Happy Hour where you can enjoy oysters on the half shell that are flown in daily from the east coast for $1.50 each. Happy Hour at Jax runs from 4 p.m. to 6 p.m. daily and all day Monday.

Vegans and vegetarians, this quintessential Boulder brewery makes it easy on you. The brewpub and restaurant has vegetarian, vegan and gluten-free menus, with bar food staples like nachos and black bean chili (vegans can ask for it without sour cream). But a stand-out on the menu is the tempeh Reuben, which, for vegans, can be made without Swiss cheese. The tempeh is baked in beer (we wouldn’t expect any less from a brewery) and served with sauerkraut, tomato and vegan 1000 island on rye bread with a side of chips.

Mountain Sun has an impressive, separate list of all of its other vegan and vegetarian offerings, too.

A peek inside The Sink on University Hill. Photo by Flickr user Dave Dugdale

The Buddha Basil Pizza at The Sink

The Sink is a must-visit if you’re in Boulder.

Note: Former President Barack Obama would co-sign with this idea. He dropped into this pizza joint on University Hill back in 2012, before giving a speech at the University of Colorado. The restaurant even named a pizza after him: The POTUS Pie, a nod to the pizza that he ordered, topped with pepperoni, sausage, black olives, green peppers and red onions.

Vegetarians, you’ve also got an esteemed pick on the menu. The Buddha Basil was featured on The Food Network’s show “Diners, Drive-In’s and Dives.” The now-famous pizza is topped with tomato, tofu, spinach, fresh basil, artichoke hearts and mozzarella, and made with a pesto and tomato sauce blend. The crust is brushed with olive oil and sprinkled with garlic, basil and parmesan cheese.

Boulder has its fair share of basement bars in the downtown area. The Attic, though, is an upstairs bar that’s perched above Walnut Street nearby the Pearl Street Mall, and it’s a popular place to watch college sports. Aside from the hummus and red peppers and the jumbo baked pretzels served with mustard, The Attic has some great sweet potato fries on its happy hour menu that runs from 3 p.m. to 6 p.m. Monday through Saturday and from 9 p.m. to close on Sunday.

Savory Vegetables at the Bohemian Biergarten

Thought you had to steer clear of Euro-inspired beer halls because sausage dominates the menu? This biergarten has an above-average veggie plate to sync up with your beer. It’s a medley of broccoli, red bell pepper, squash, zucchini and mushrooms sauteed in rosemary oil with garlic and wine and topped with roasted garlic walnuts.

The Lazy Dog on Pearl Street. Photo by Aimee Heckel

If you’re coming to Colorado, indulging in some green chili is highly recommended. Vegetarians can enjoy it, too, at one of Boulder’s biggest sports bars. The Lazy Dog has a vegetarian rendition that’s served with roasted green chilies, veggies, potatoes and pinto beans topped with cilantro and green onions.