What to Know About Relocating to Boulder

Here’s where the aliens hang out in Boulder.

This famous house, at 1619 Pine St., just a few blocks from the Pearl Street Mall, is a popular attraction in Boulder, particularly for fans of the 1970s sitcom “Mork and Mindy.” It was the character Mindy’s house.

Although a few details have changed since the filming — the shutters were upgraded, the trees have grown (of course) and the iron fence is now a white wooden fence — you can still stop by to say, “Nanu nanu” and pay your respects to late actor Robin Williams, who played the alien character Mork.

In case you missed it or want a refresher, the premise of the show was simple: Williams played an alien from the planet Ork who met a University of Colorado student (Mindy, played by Pam Dawber). Spoiler: They eventually fell in love, got married and had a child. (Can it be a spoiler if the show’s 40 years old?)

As the storyline went, while on Earth, Mork observed and tried to understand human behavior and fit in. Where he was from, humor was not allowed. Which, of course, was hilarious. Especially coming from an actor like Williams. In fact, “Mork and Mindy” really kickstarted his career. So, since he died in 2014, the house has become a hot destination for his fans. 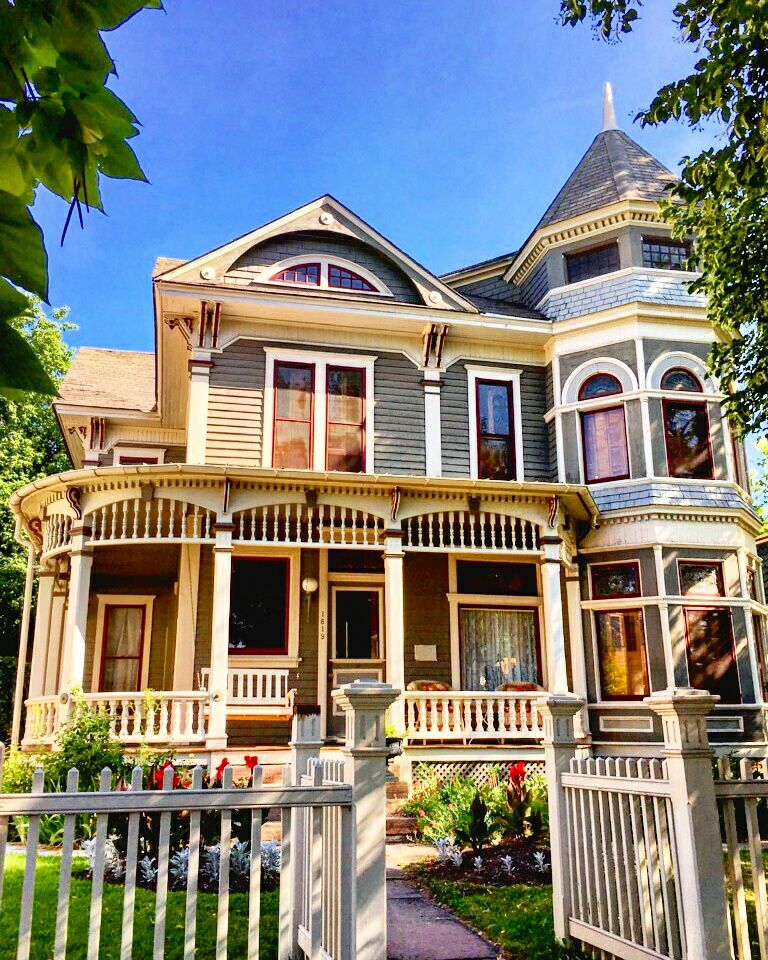 The show was based in Boulder, although it was filmed in California on a set in front of a live audience. Shots of the house (as well as the Pearl Street Mall and campus) were used occasionally to set the scene, although the show wasn’t actually filmed inside. The real address, 1619 Pine St., actually appeared in one of the episodes, “Mork Goes Public.”

Today, the so-called Mork and Mindy House is occupied; someone lives here. It’s not a museum, and you can’t go inside. But the residents don’t tend to mind respectful visits, shots of the exterior and selfies by fans. Just stay on the sidewalk and don’t violate their privacy. Enjoy the colorful flowers from a distance. The house has been beautifully maintained.

The house is in Boulder’s historic Whittier neighborhood, an area of town lined with Victorian mansions. The Mork and Mindy House, built in 1900, is still one of Boulder’s points of interest. Whittier is well-known for its red-brick school, Whittier Elementary, which claims to be the oldest continually operating school in the state. It was built in 1882. Make sure you set aside some time to stroll through the stunning Whittier streets after you get your obligatory selfie in front of the house and call out a few “Nanus.”

Two lesser-known claims to fame for the Mork and Mindy House: The exterior was also used in season five of the show “Perfect Strangers,” in episode 21, “This Old House.” In this moment of stardom, the house represented a fix-and-flip house picked up by the main characters Larry and Balki. Some think this house re-appeared as the house they moved into during the last two seasons, but it was not.

In addition, the famous Pine Street House is said to have appeared on multiple episodes of the show “Family Matters.”

See photos and read stories about visits to the Mork and Mindy here.

What to Know About Relocating to Boulder