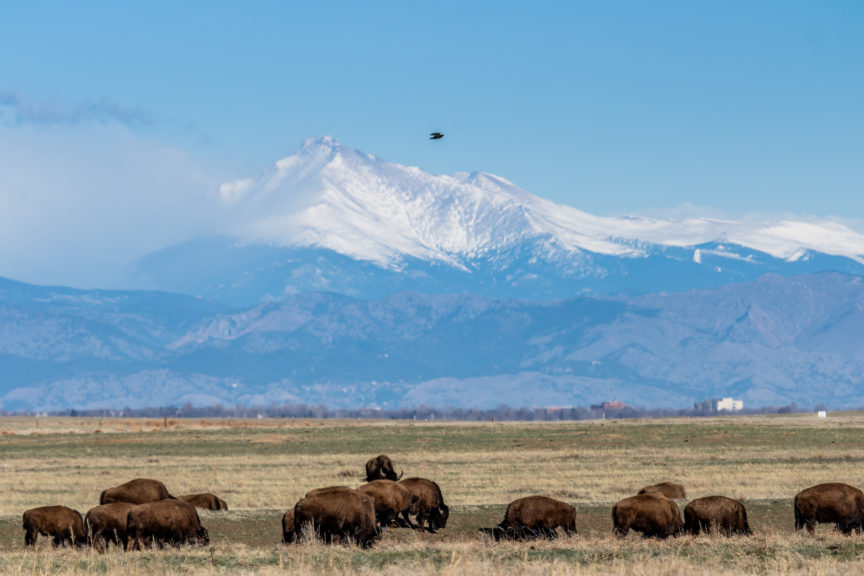 This is wild country.

It can be easy to forget with fine dining, traffic jams and a highly-rated university. But Boulder is snuggled up to the foothills. We live with one foot in the city and one in nature.

It’s common to see deer, foxes and even the occasional black bear right in town. And the “conveniently located” trails right at the edge of downtown? Yeah, some of them are the home of snakes and mountain lions.

After the Colorado man who was running on a trail on the Front Range was attacked by a mountain lion (and fought it off), it’s got people wondering: What do you do if you’re attacked by a wild animal in Colorado? On one hand, we know this is their territory, but many people come here explicitly for the beautiful outdoors and we don’t want to be afraid to enjoy it.

With a little knowledge and some common sense, too, it’s possible to set yourself up for a safe experience in Boulder’s open space and mountains while respecting the animals that live there.

Here are some ways to coexist with wildlife in Boulder County and beyond. 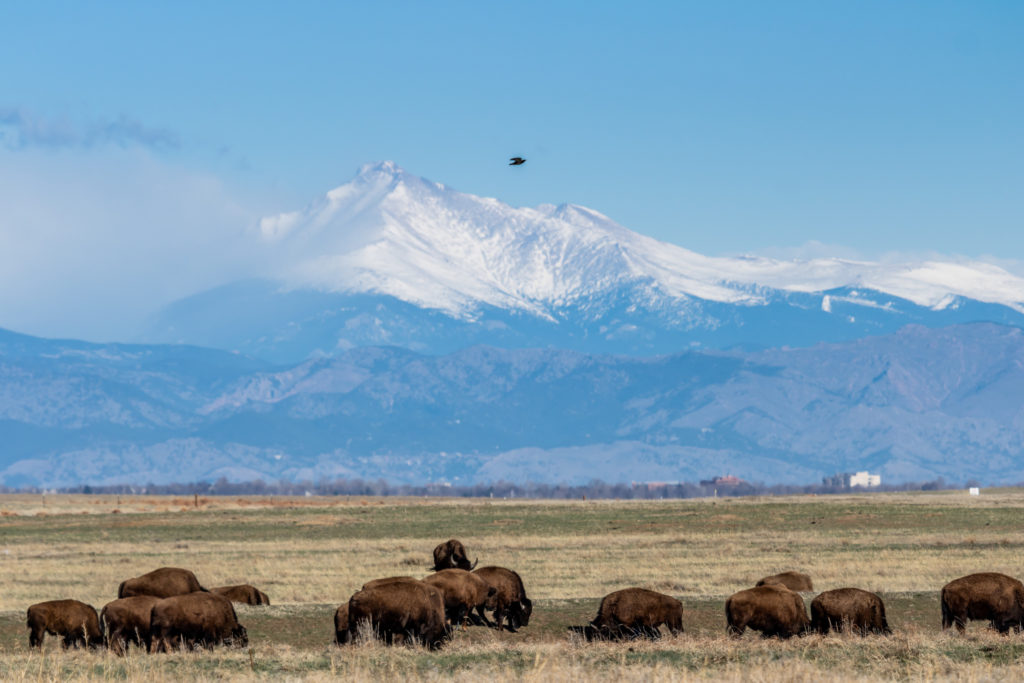 1. Don’t take bear selfies (and do other stupid things for Instagram).

You’d think this would be common sense, yet it’s easy to find viral videos of bison charging children and even hashtags like #bearselfie. Fact: Your cell phone doesn’t make you invincible, and it’s not a weapon. It’s not worth it to try to get closer to wildlife to score a sweet selfie. It’s confusing to the animals, too, and may make them feel threatened. It’s disrespectful, not to mention just. Plain. Dumb.

Instead, stay far away from wildlife if you can. Elk are not large, cuddly puppies. The National Parks Service says do not approach or disturb wildlife for a reason.

How close is too close? The NPS says to stay at least 75 feet (imagine two bus lengths) away from all wildlife, and at least 120 feet (or three buses) away from bears, moose and mountain lions.

If you want a close-up view, pack binoculars or a good camera with a lens that can zoom. Learn more about how to take photos of wildlife here.

Don’t call, click or make noise to try to attract wild animals either. That’s against the law. Plus, it’s annoying. 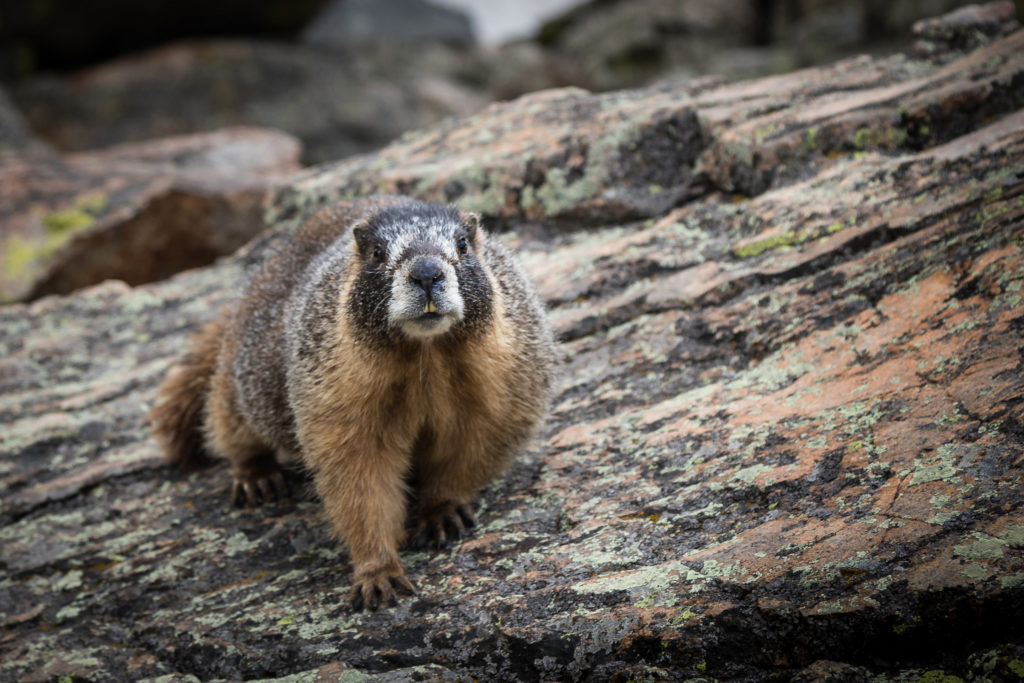 Yeah, this yellow-bellied marmot is cute, but don’t feet him. Photo by Flickr user Chris Collins

2. Don’t feed the wildlife. Any wildlife.

Obviously, don’t dangle a slab of meat in front of a cougar. But also don’t try to feed gentler prey animals like deer, rabbits, prairie dogs or (sorry) even squirrels. Human food is not good for animals, and it can put them at risk. Not everyone may be as nice as you, and luring innocent animals into parking lots where cars are driving around can end in their death. You are not being sweet by tossing your leftover granola bar to the bighorn sheep. It can make them ill or they might end up frightened and charging you or a child.

Some animals, like rabbits, can carry diseases that can infect you if you are bitten. You just don’t know. So stop doing it.

Don’t even try to feed wild animals grass or their natural food. Leave them alone. They’re not pets. Don’t try to train them to beg, either. This can eventually lead to aggressive behavior. 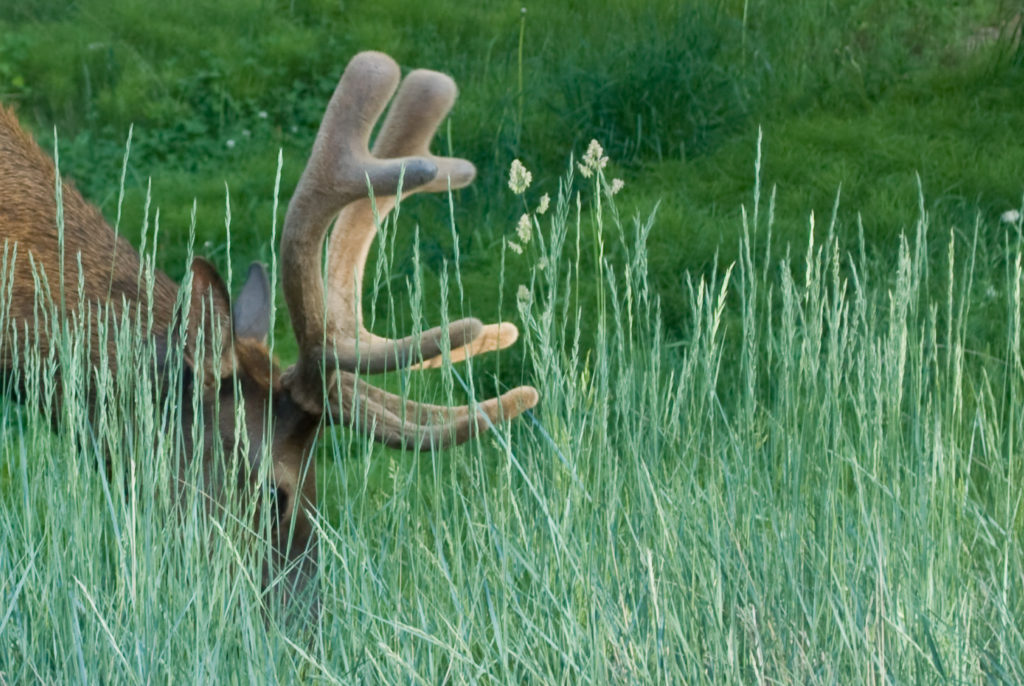 3. Try to avoid running into wildlife to begin with.

Visit the ranger station (or check trip reports) before you head out on a trail to see if there have been any wild animal reports. Stay clear of those areas.

In addition, you can minimize the chance of bumping into a rattlesnake by hiking with trekking poles that can push back brush. Dress appropriately, too. Wear long pants and tall boots to protect against rattlesnake bites. 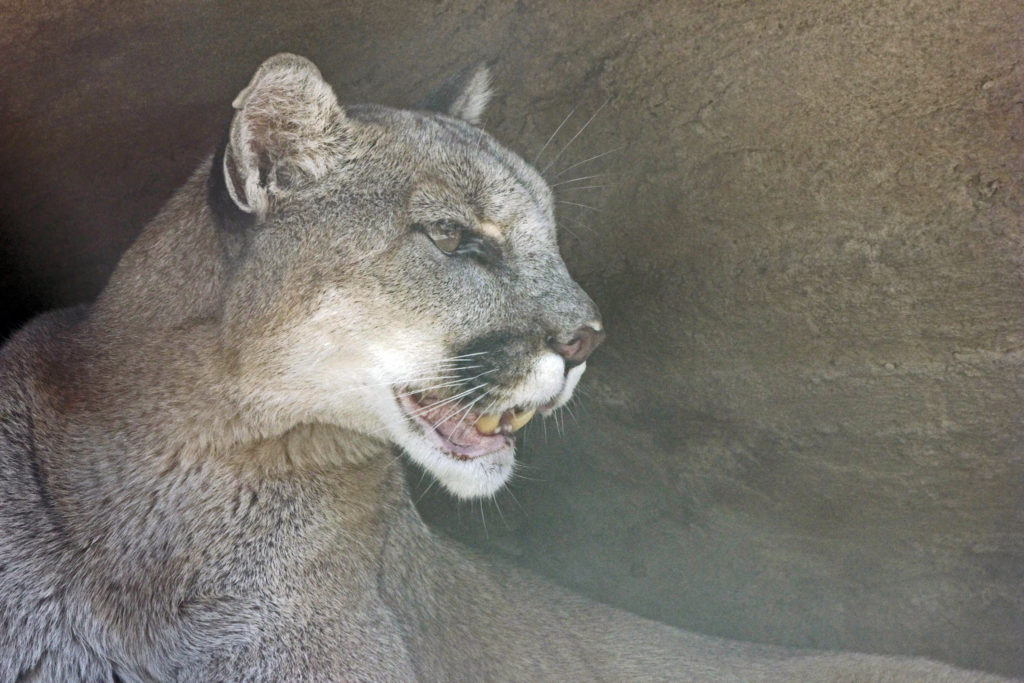 4. Know what to do if you meet a dangerous predator.

It’s rare, but it can happen. Before you go for a hike, memorize the NPS’s recommendations: 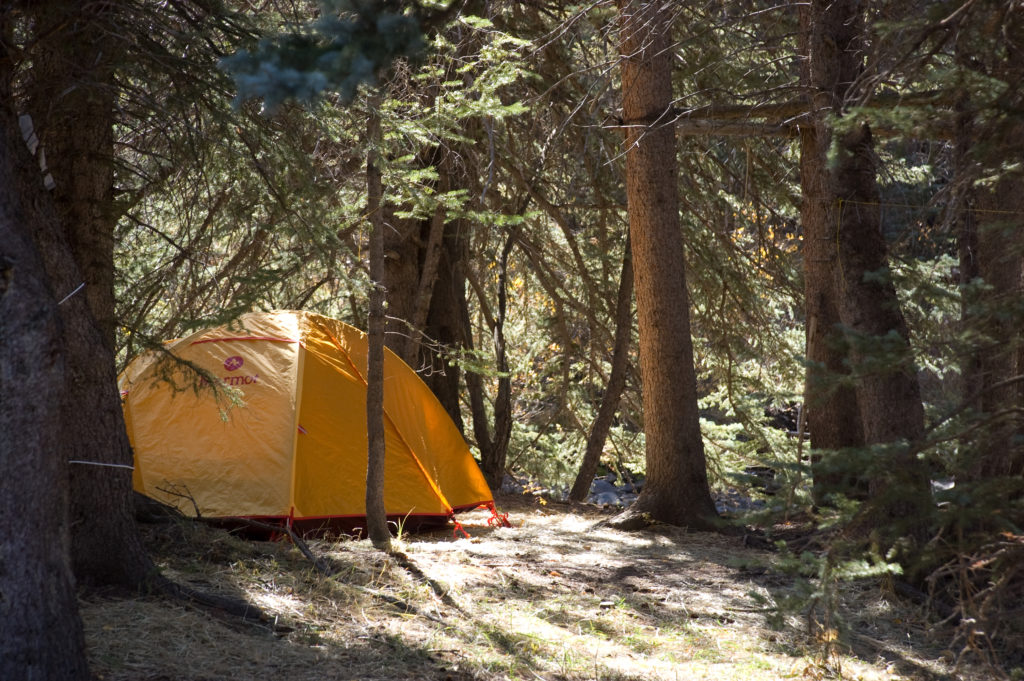 5. Camp wisely.
When camping, it’s also important to take precautions. Don’t let your dog wander around; he could lure wildlife back to your camp. Check the site before setting up camp and look for signs (droppings, tracks, claw marks on logs) of a bear or other animal. If you see suspicious signs, pick another site or leave.

Don’t leave food out. If you’re lucky, there might be a special bear-proof food storage locker nearby. If not, the trunk of your car is safer than leaving it on camp. Not only will this keep you safe, but it can keep the animals safe, too. If your messy campsite attracts wildlife, it may end up euthanized. Double-bag your food, too. Bears can smell food five miles away, according to Colorado Parks and Wildlife.

Also, don’t eat in your tent, don’t bring or wear scented toiletries (this includes sweet-smelling toothpaste, sunscreen and bug spray) and don’t sleep in the same clothes you ate and cooked in. In other words, try not to make your bed smell like someone else’s plate of food. 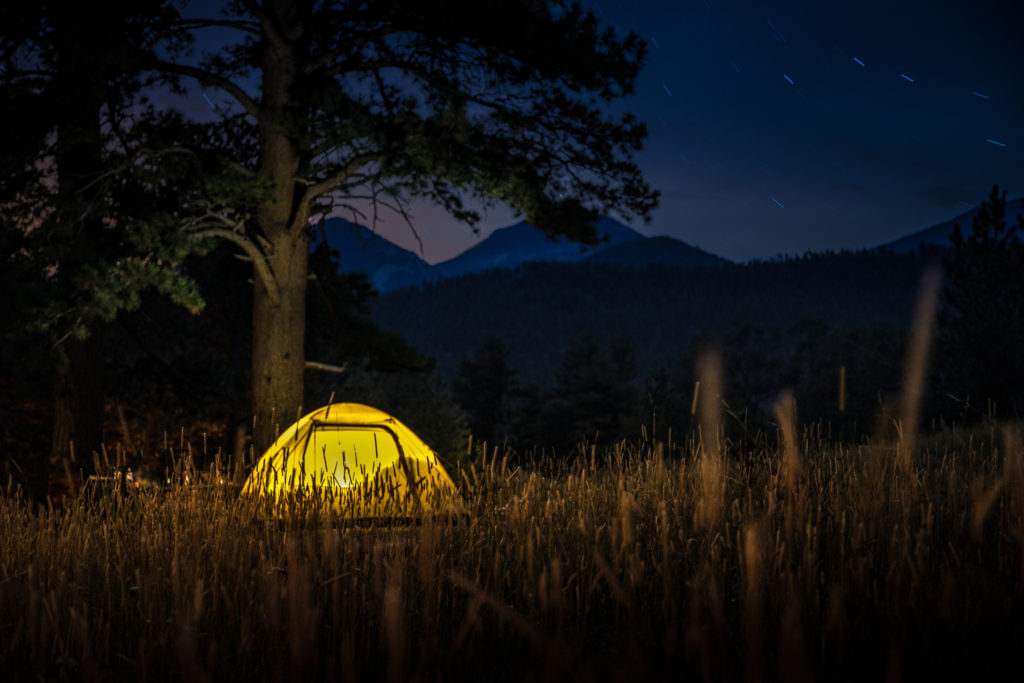 When camping or hiking, especially in the backcountry, it’s wise to carry bear spray. Always tell someone where you will be, and talk to the park rangers, too — before you head out and if you run into an aggressive animal. This can help keep others safe.